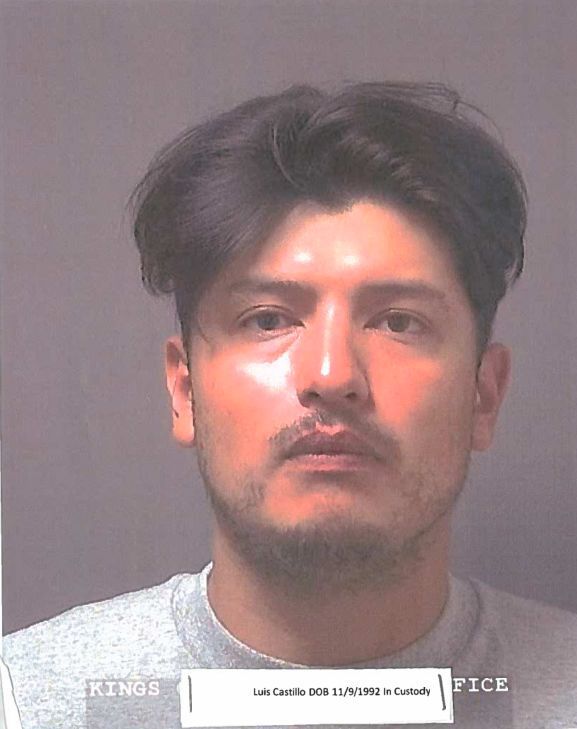 Luis Castillo turned himself in for his involvement in Sunday's shooting in Hanford. 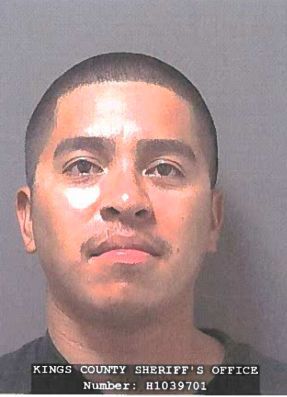 HANFORD — A man turned himself in for his involvement in a Hanford shooting that injured a father and his 4-year-old son Sunday.

Officials said 26-year-old Luis Castillo turned himself in to the Hanford Police Department Monday night, according to a media release.

He was booked into the Kings County Jail for charges including assault with a deadly weapon, attempted murder and criminal street gang activity. His bail is at $675,000 as of Tuesday.

Officers are still looking for a second suspect, 26-year-old Luis Avila. Anyone with information on his location is asked to contact Hanford Police Department Detective Raymond Dias at (559) 585-2535.

Avila and Castillo were both involved in the attempted homicide of a 29-year-old father and his 4-year-old son Sunday morning, officials said.

Hanford police officers were dispatched to a Chevron gas station at 12th Avenue and Hanford-Armona Road around 1:30 a.m. Sunday on reports of an altercation with gunshots heard.

When officers arrived on scene, they located the father and son, both with gunshot wounds, inside a vehicle that had collided with a pole just north of the gas station.

Officials said the pair was returning home from a family member's birthday party with two other people when they stopped at the Chevron.
The father went into the station where he got into a verbal argument with Castillo and Avila, which continued outside, officials said.

Officials said as the victim drove toward the suspects, one of the men fired at the car, striking the father three times and his son once in the head. The 29-year-old crashed because of his injuries.

Paramedics rushed the victims to a local hospital. Officials said their injuries are non-life threatening.

Story will be updated when more information becomes available.

Luis Castillo turned himself in for his involvement in Sunday's shooting in Hanford.