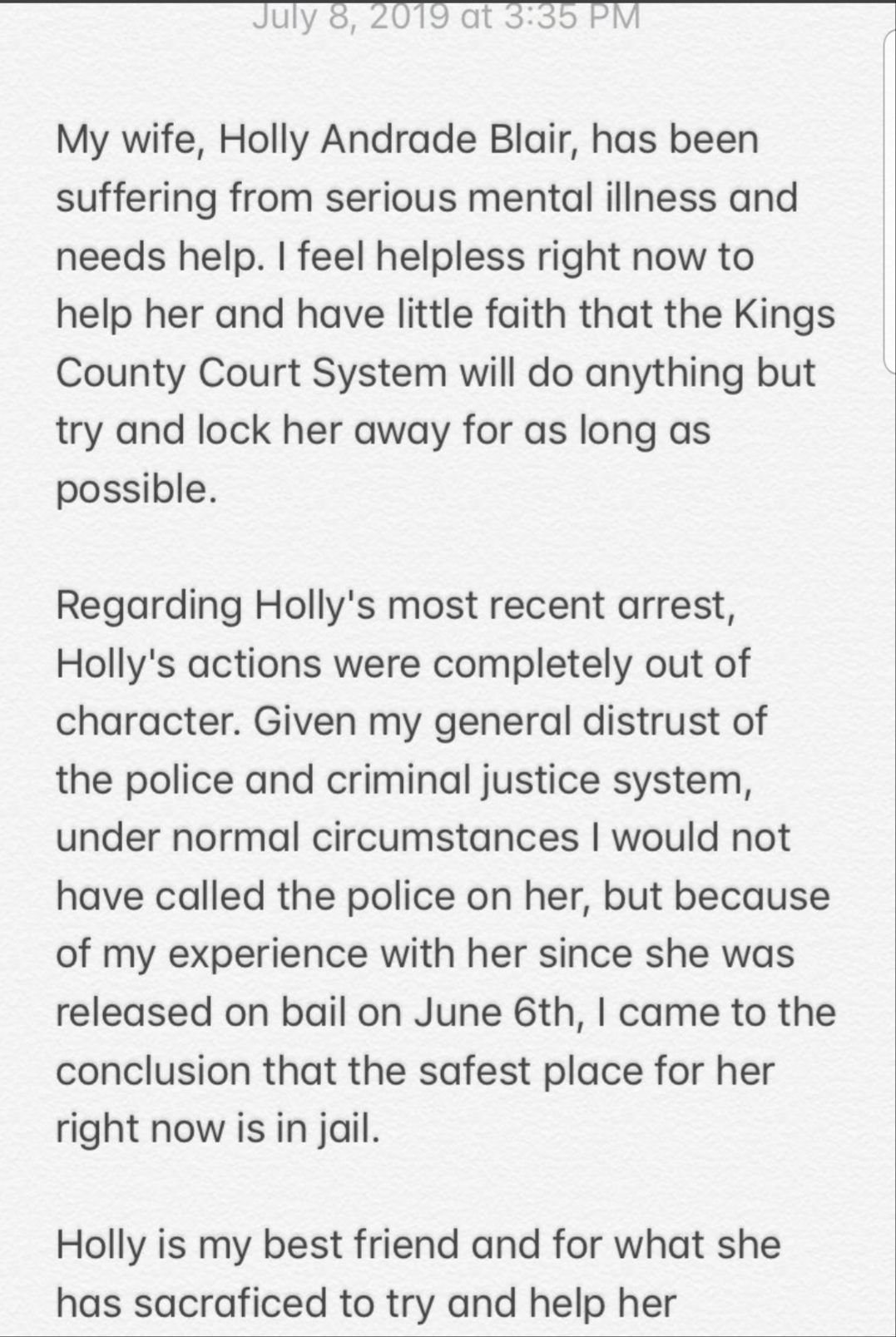 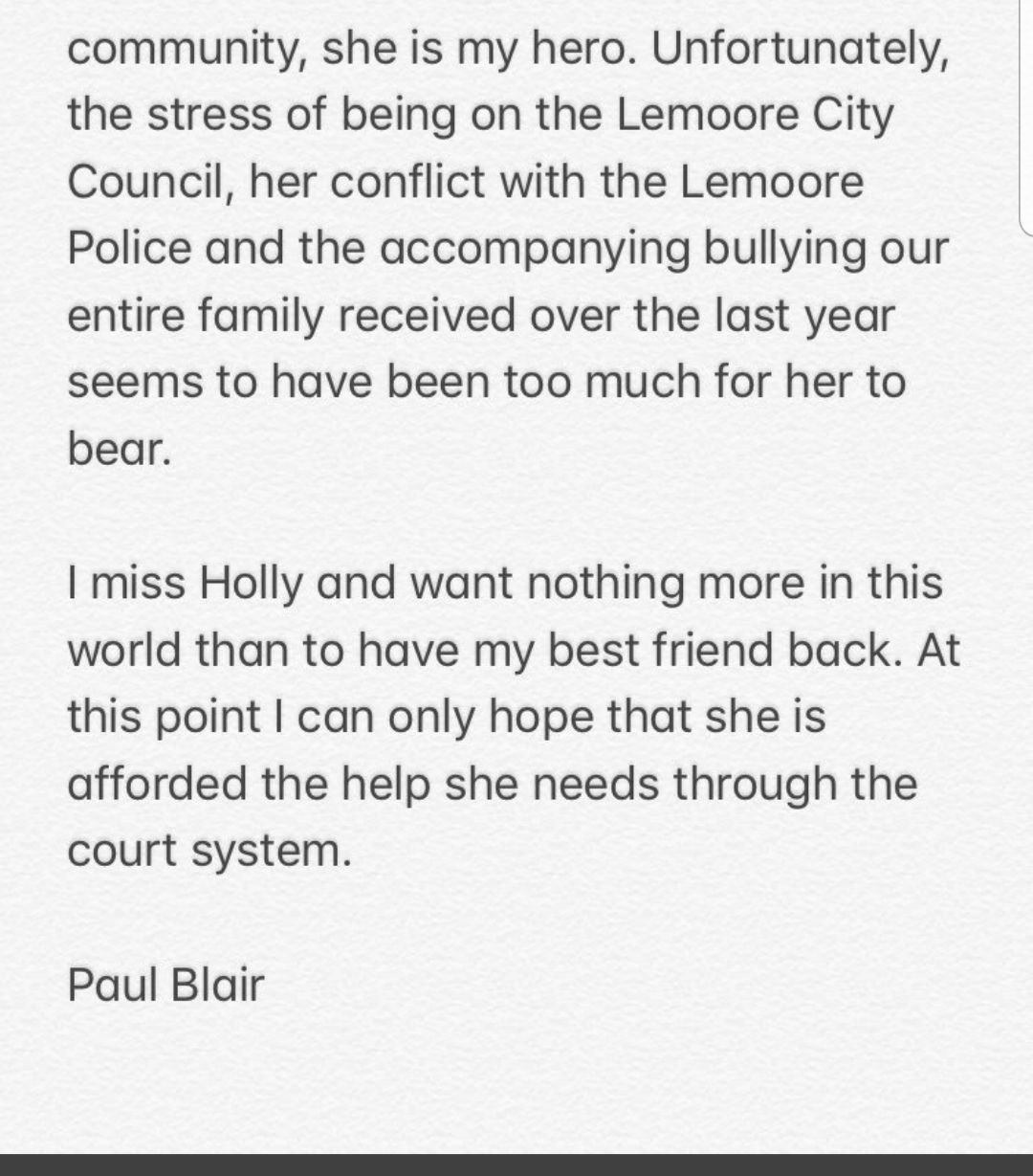 HANFORD — Holly Blair was in court Wednesday for a pretrial and preliminary conference setting when Judge Randy Edwards ordered her to undergo a psychiatric evaluation.

"There is substantial evidence on Blair's mental incompetence," Edwards said in court. "There's doubt based on (her attorney's) comments and my observations in court. We need to decide her ability to stand trial."

Blair will see a psychiatrist on Friday to be evaluated on several aspects including the ability to comprehend personal status, the ability to cooperate with counsel and to see if she is a threat to herself or others, among additional items.

Blair, a past Lemoore council member, was originally arrested on June 5 after officials reported she drove into the Lemoore Police Department parking lot at high speeds, nearly hitting a crowd of people gathered for an event.

She then then led officers on a vehicle pursuit and was eventually arrested after a short chase.

Blair was released on bail, but was arrested for a second time on July 6 on domestic violence charges.

"My wife, Holly Andrade Blair, has been suffering from serious mental illness and needs help," he said in the statement.

Blair still remains in the Kings County Jail on bail of $255,000. Her next court date will be set following the written psychiatric evaluation.

If she is not found mentally competent, Blair will be placed in a mental institution until she can be found competent enough for trial, Edwards said in court.

Edwards also granted the District Attorney's Office the ability to receive Blair's phone, which is in evidence at the Kings County Sheriff's Office, to extract data and information for court. 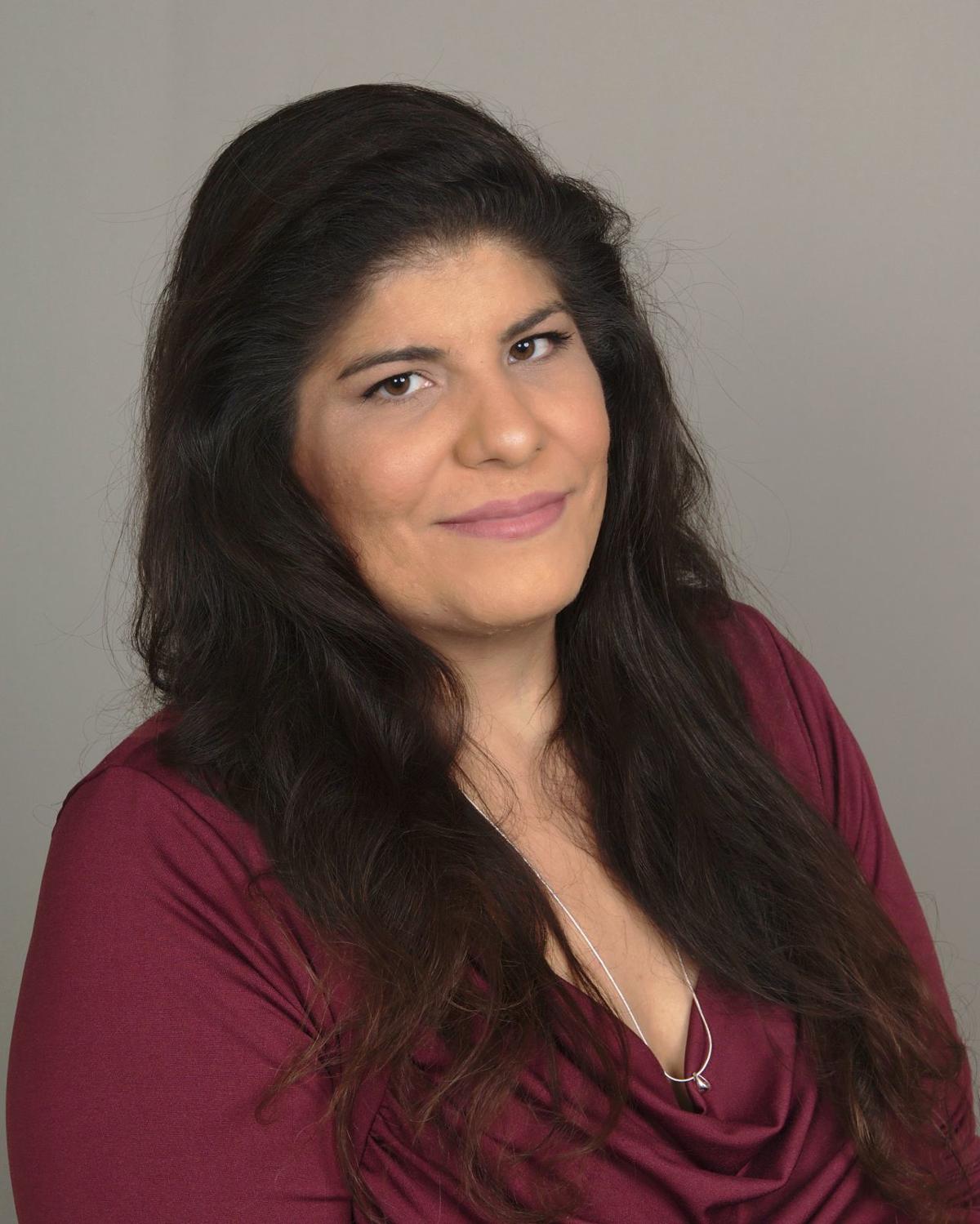