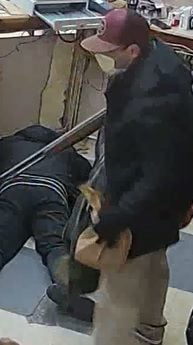 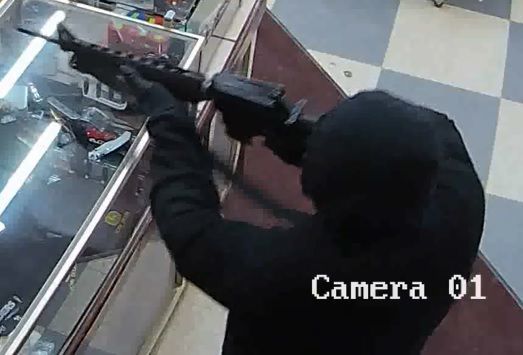 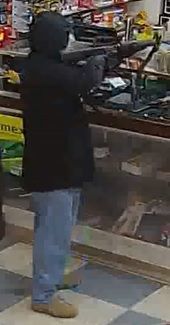 HELM — Fresno County Sheriff’s Detectives are searching for three men who robbed a gas station last month in the unincorporated community of Helm.

Around 6:30 p.m. on Feb. 22, Sheriff’s officials said an armed robbery occurred at the Helm Market and Gas station located at the corner of Lassen and Kamm avenues in Helm.

Deputies said three men, all wearing masks and gloves, arrived in a car believed to be a dark colored Nissan Versa. They entered the store, demanded money and ordered the two clerks to get down on the ground.

Authorities said one suspect held a revolver-style handgun, another had a shotgun and the third suspect pointed an assault rifle at the victims. The suspects also confronted multiple customers in the store, who hid near the back aisles, officials said.

Deputies said the suspect took tills from the registers which contained cash. The exact amount of money stolen is not being disclosed.

Officials said the suspects also stole a paper bag from under the counter. The contents of the bag are unknown.

The suspects were in and out of the store in a total of 55 seconds and authorities said they fled in the car they arrived in, which was left unoccupied in the parking lot during the robbery.

The store employees called the Fresno County Sheriff’s Office to report the robbery once all of the suspects were gone.

Deputies said nobody was injured during the incident. They said high definition surveillance cameras captured images of the suspects and their car from several angles.

Anyone who knows the identities of the suspects or has additional information on this case is asked to contact Detective Carl Chalmers at 600-8174, Detective Eric Penland at 600-8171 or Crime Stoppers at 498-7867. You will remain anonymous and may be eligible for a cash reward.

Todd Pate is going to defend himself in his upcoming trial. A man was caught wearing clothes he allegedly stole with the tags still on. Plus, …

TULARE — Quinton Brown and Gerald Turner have been sentenced to multiple felony charges of sex trafficking of a minor, Tulare County Sheriff’s…