Some of the winners of the Fall Festival costume contest are shown. 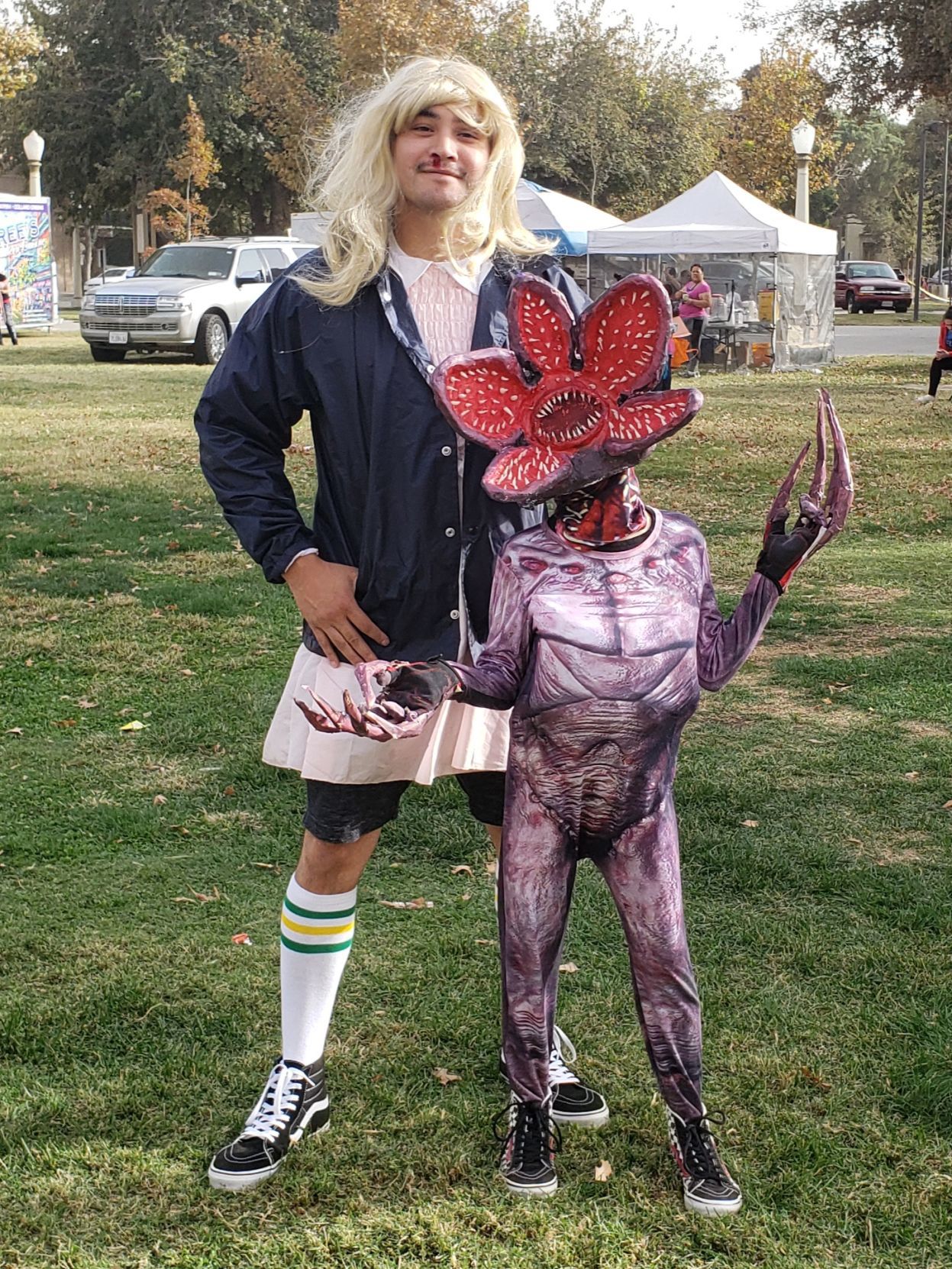 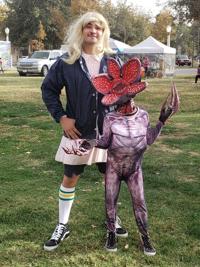 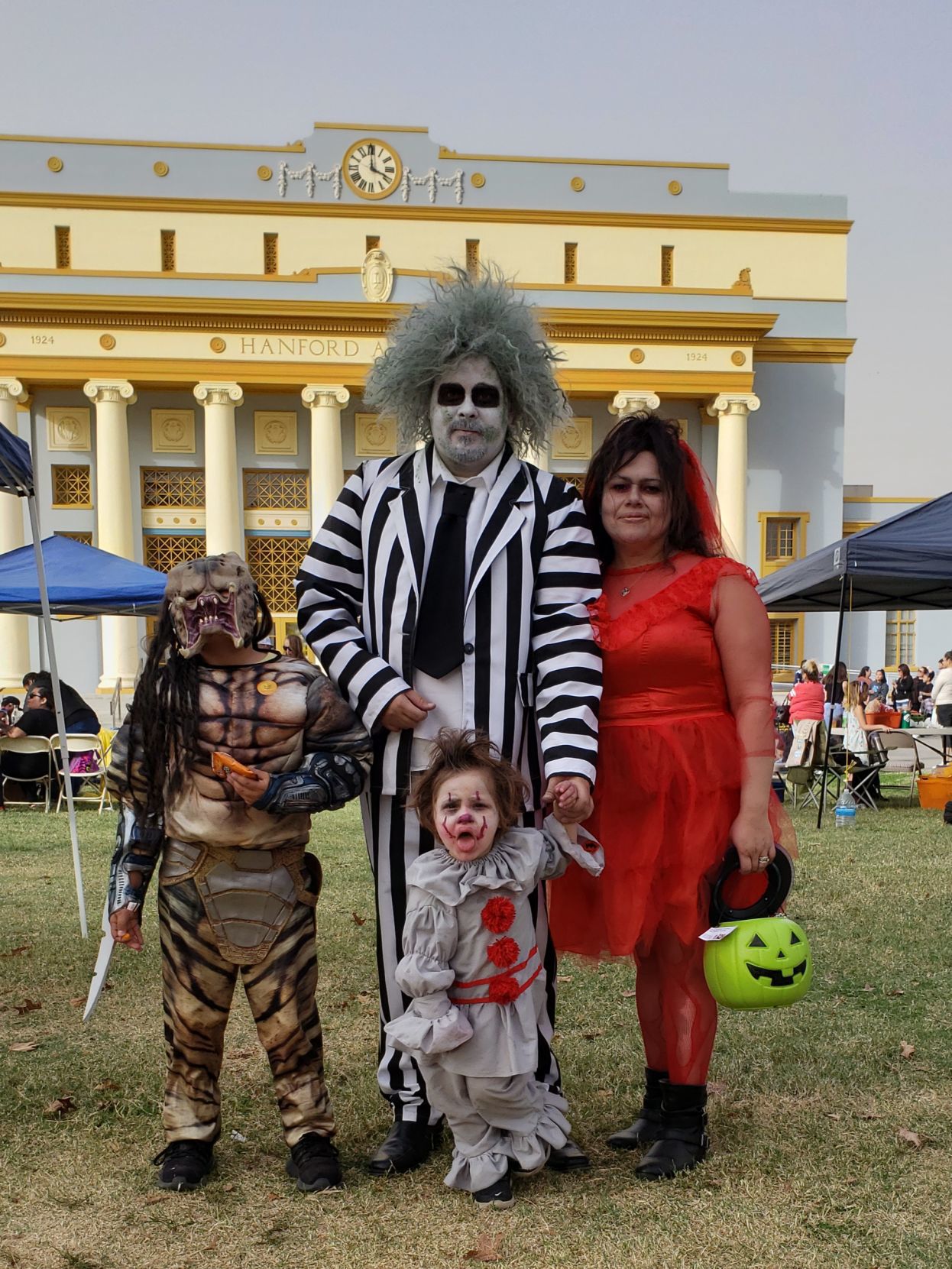 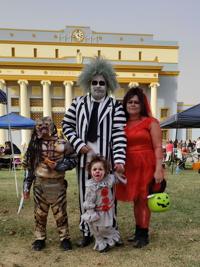 A family dressed in Halloween costumes at the Hanford Fall Festival Sunday afternoon. 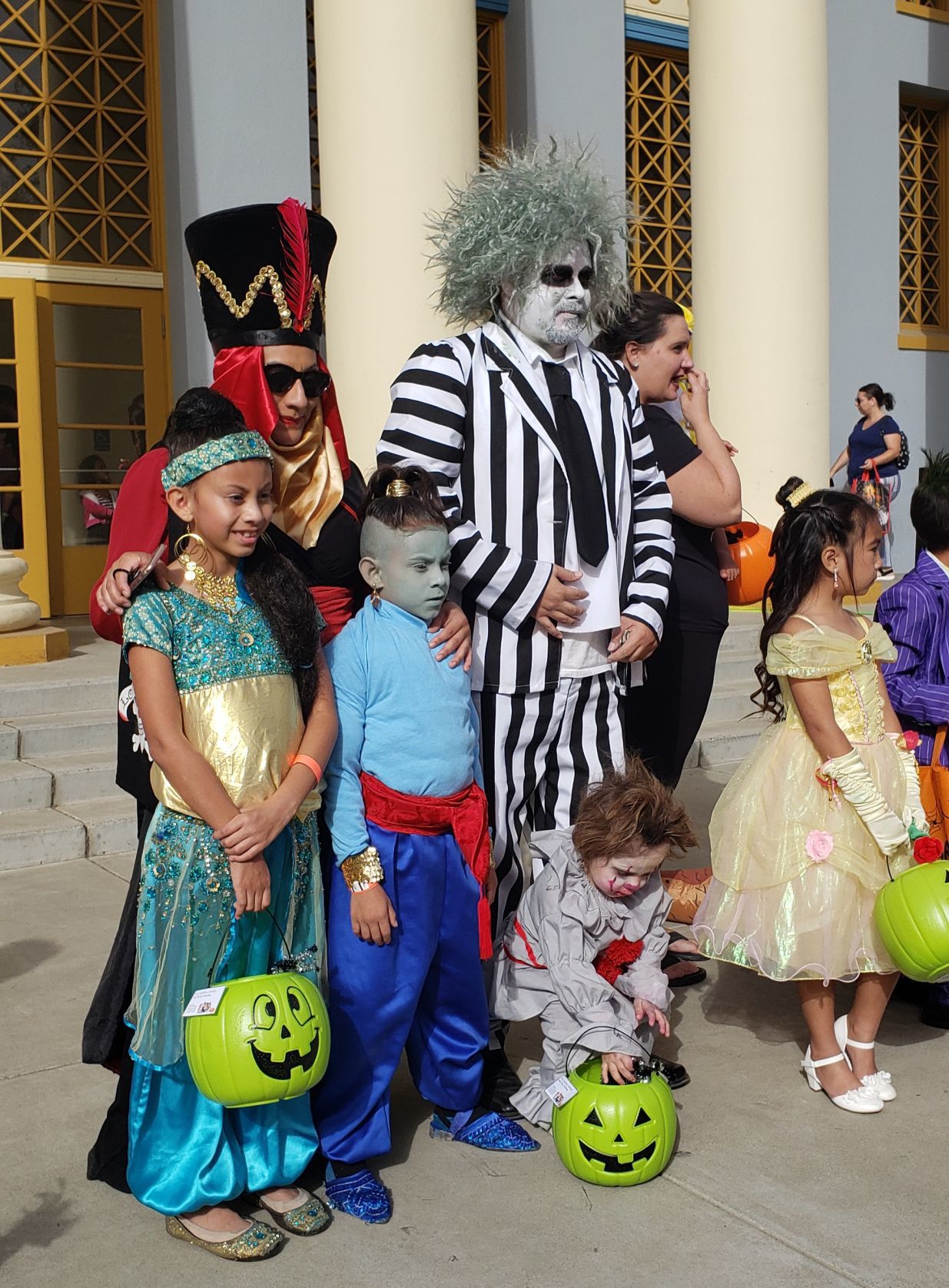 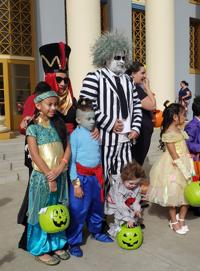 Some of the winners of the Hanford Parks and Recreation Fall Festival costume contest are shown. The event was held Sunday in Civic Park.

Some of the winners of the Fall Festival costume contest are shown.

A family dressed in Halloween costumes at the Hanford Fall Festival Sunday afternoon.

Some of the winners of the Hanford Parks and Recreation Fall Festival costume contest are shown. The event was held Sunday in Civic Park.

Chavez estimated that around 400 wristbands were sold for the event. Wristbands were needed to gain access to bounce houses, train rides, carousel rides and the kid-friendly haunted maze. The event itself was free and wristbands were not necessary for adults and parents, making the total number of visitors near the quadruple-digit mark.

In addition to the games, vendor booths and activities, a costume contest was hosted and judged by dance instructors from P.A.T.Y’Studio, a downtown Hanford-based dance studio.

Dozens of colorfully-costumed children and families participated in the event or observed the contest.

The Benavides family took third place honors in their category of the contest for their matching “Aladdin” costumes.

“I love this time of year. I love dressing up and they love it, too. They always come up with big ideas,” said mother Frances Benavides.

Trinity, 8, and Marcos, 6, were dressed as Jasmine and Genie, respectively, while Frances was dressed as the villain Jafar. All the costumes were made by Frances. The family is from Hanford but currently lives in Tulare and have been “bouncing back and forth” to Halloween events in both areas, the mother said.

While fans of the Aladdin story in general, the children were split on their preferred version. Trinity said she likes the live-action version with Will Smith released earlier this year while Marcos is a fan of the original 1992 animated classic.

Other costumes that were awarded included a pair of giant dinosaurs, a Joker, Disney princess Belle, DJ Marshmello, a baby Pennywise from Stephen King’s “It,” a baby shark — of course — and a young toddler dressed as an extravagant peacock.

“We looked for creativity and originality,” said P.A.T.Y’Studio founder Patricia Diaz, who hosted and helped judge the costume contest. “Being performers, we like to see children performing and presenting as the character they’ve dressed as.”

“It’s all his idea. It’s his holiday. He wanted to be a Demogorgon and I said, ‘well what am I going to be,’” Victor said.

Victor Jr wore a full demogorgon monster suit, which left his father with the costume choice of the show’s protagonist, the monster-hunter Eleven – who just happens to be a middle school-aged girl.

The annual event ran from 11 a.m. to 4 p.m. in Civic Park.  Throughout the day, lines formed for the kid-friendly haunted maze, which children of all ages could roam through, gathering candy from wicked witches and other not-so-scary monsters along the way.

The Fall Festival tradition began in 2017.

The Macey Blue Band performed on the steps of the Courthouse to close out the day.