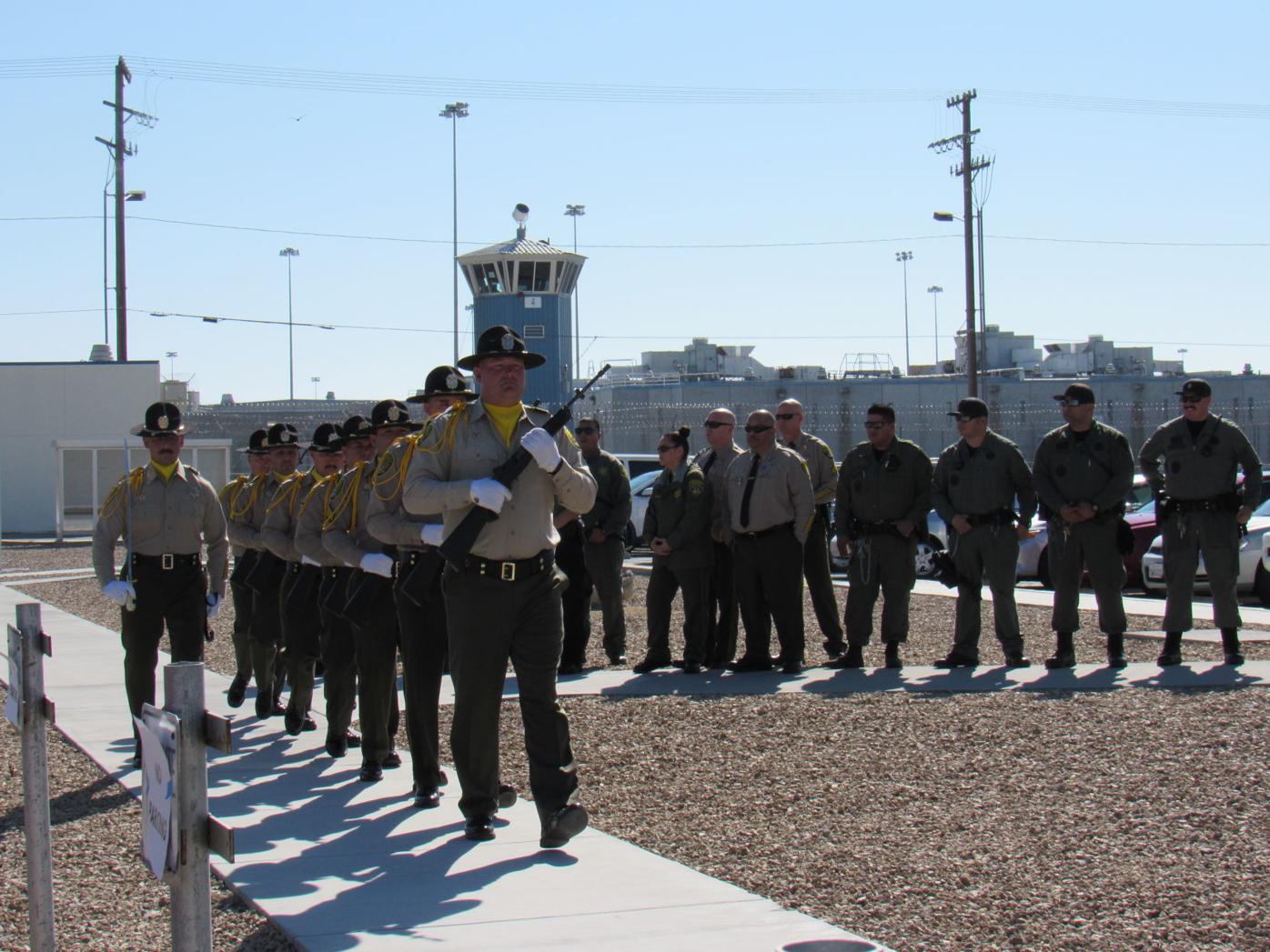 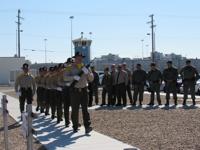 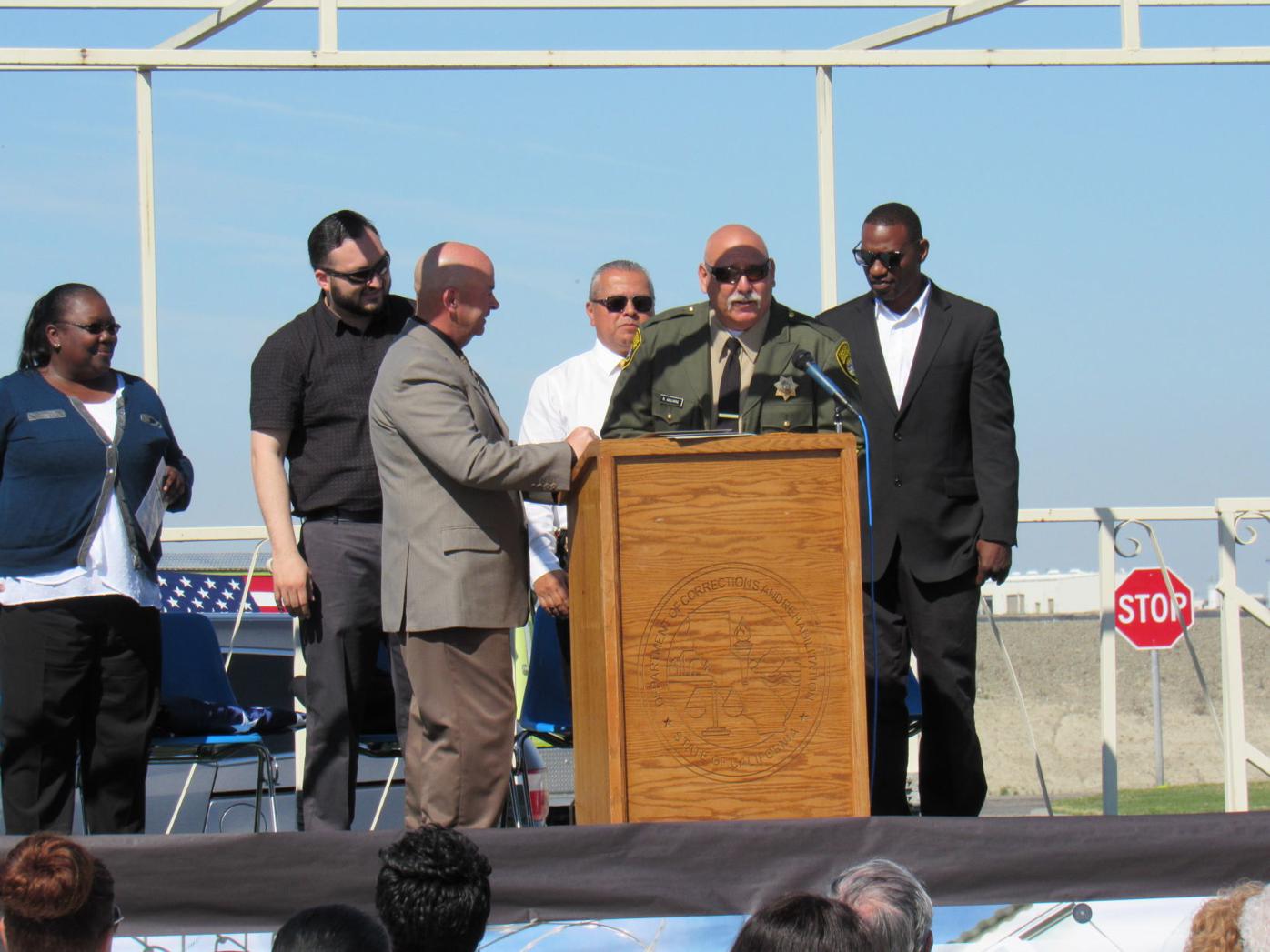 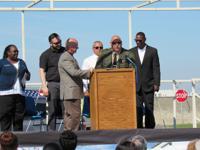 Rey Aguirre thanks his family at the California State Prison Corcoran 30th anniversary ceremony. Aguirre has worked at Corcoran Prison for 30 years and was one of the 11 employees recognized on Wednesday. 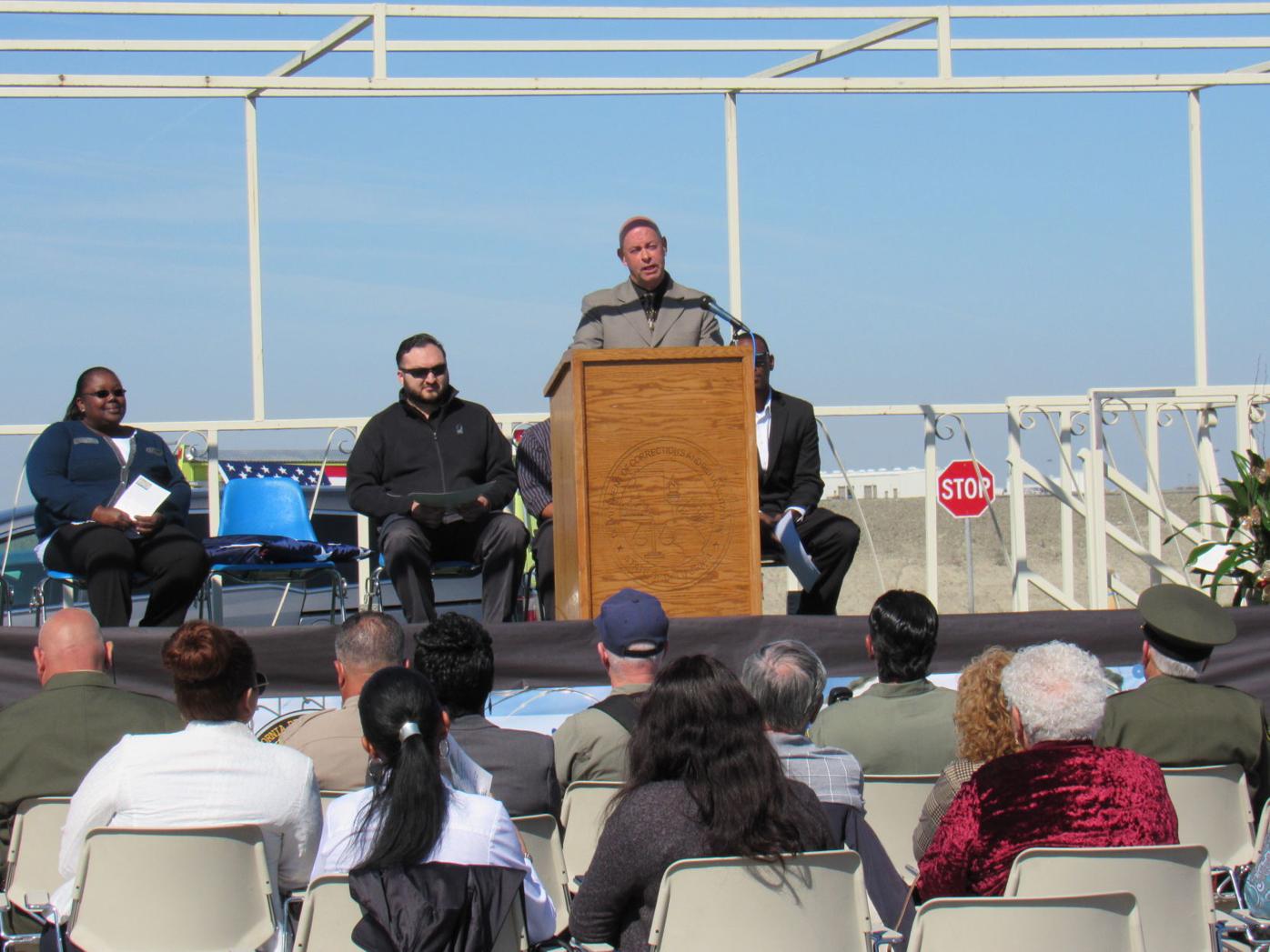 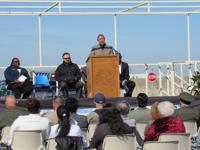 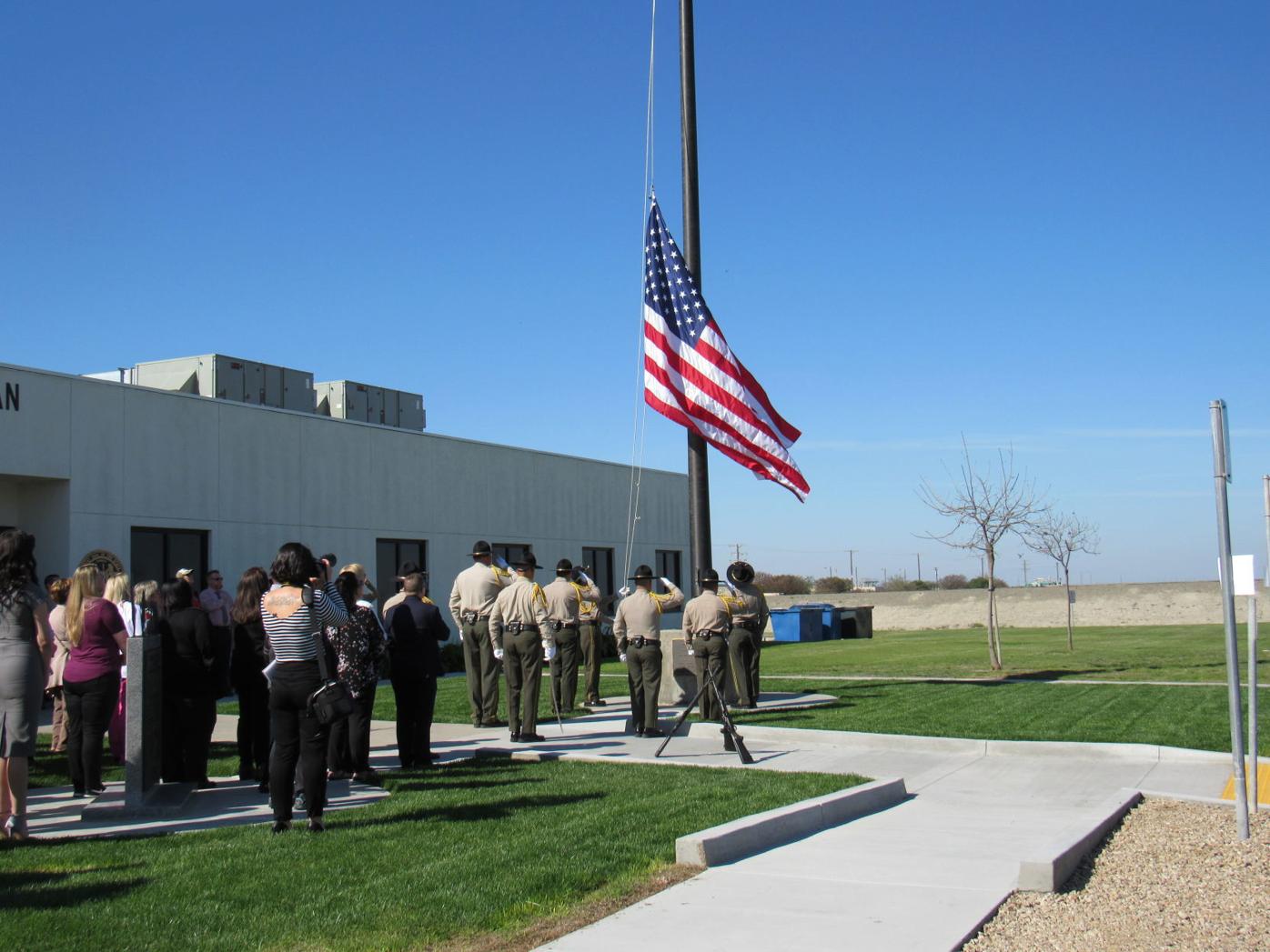 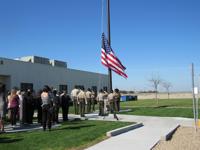 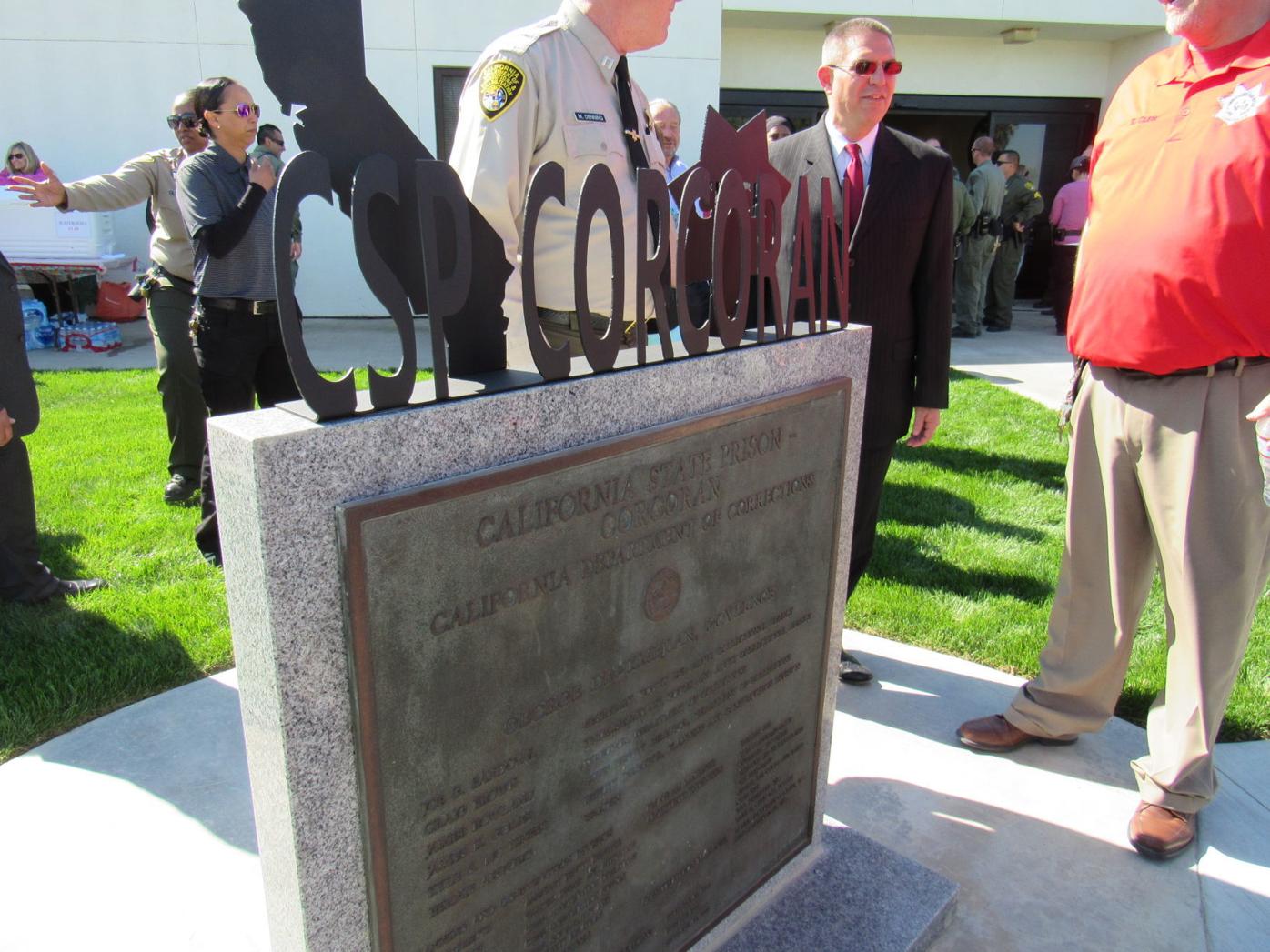 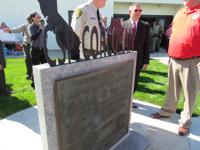 Rey Aguirre thanks his family at the California State Prison Corcoran 30th anniversary ceremony. Aguirre has worked at Corcoran Prison for 30 years and was one of the 11 employees recognized on Wednesday.

CORCORAN — While inmates are usually the first thing people think of when they hear the word “prison,” it’s the staff that took the spotlight Wednesday when California State Prison, Corcoran commemorated its 30-year anniversary.

“A prison of this magnitude and complexity as CSP Corcoran can only operate as well as it does because of the amazing staff that operate it day by day,” Warden Martin Biter said.

At the anniversary ceremony, Biter took time to reflect on the past.

Corcoran State Prison, the 19th prison built out of 35 current state prisons, was built on 942 acres in Corcoran and cost $262 million. The facility began operating on Feb. 22, 1988.

As of today, the prison spans 515 acres and is a multi-mission institution comprised of nine facilities. It currently houses 3,074 inmates and is one of the largest employers in the city of Corcoran.

Biter said although there have been difficult times at the prison, there has also been a “kaleidoscope of happy memories [and] supportive friendships that will last a lifetime.”

“We have often traveled down the road less traveled, and as such have grown together as a team; which has made us stronger, more resilient, supportive, encouraging and enduring of each other.”

Biter said he had seen the challenges and triumphs staff face every day and wanted to thank everyone involved with the prison for their dedication and hard work over the last 30 years.

“Corcoran State Prison is second to none in my heart,” Biter said. “I am honored to have had the privilege to work here with such outstanding people at this prison that I believe are not only making a difference, but are inspiring change.”

Eleven members of Corcoran State Prison staff were recognized for working at the prison for 30 years and were presented a certificate and a coin.

Correctional officer Rey Aguirre was one of the employees recognized for working at the prison for the 30 years it’s been open.

“I was here before the inmates were here,” Aguirre said.

Aguirre said the facility has changed dramatically from the time when he first started on the job. He said he comes from the “old school” days and has seen the system come a long way.

“It’s turned to the better,” Aguirre said. “I think we’re getting more response out of the community and out of the inmates themselves. There’s not as much turmoil that we used to have back in the day.”

Aguirre said his favorite part of the job is the people he works with.

“We all do things different and every day is different,” Aguirre said. “It’s exciting. Every day is a new day.”

After working at the prison for 30 years, Aguirre said he appreciates the support of his coworkers and his family, especially after a long or bad day.

Connie Gipson, deputy director of facility operations in the division of adult institutions for the California Department of Corrections and Rehabilitation, served as warden of the prison for nearly three years and said attending the ceremony was like “coming home.”

Gipson echoed Biter’s thoughts and said it is the staff of the prison that holds the place together with all their hard work and dedication.

“It’s working together collectively that has made this prison stand for 30 years,” Gipson said to the staff in attendance. “The efforts you put forward don’t go unseen. You’re making a difference every day.”

Also in attendance at the ceremony were members of the Corcoran City Council, including Mayor Raymond Lerma, Vice Mayor Sidonio Palmerin, and Council members Jeanette Zamora-Bragg and Patricia Nolen; and representatives from the offices of Senator Andy Vidak and Assemblyman Rudy Salas.