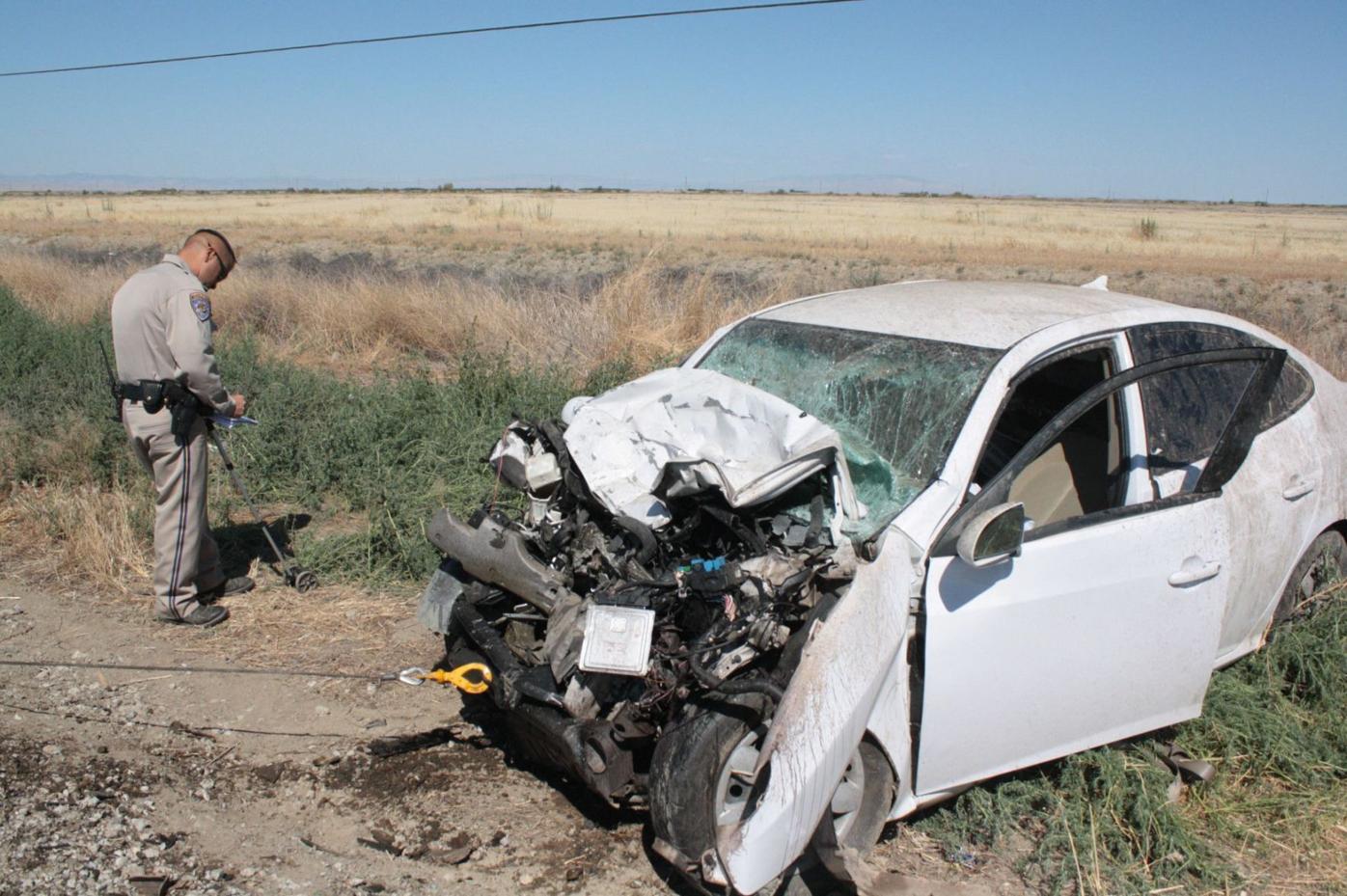 California Highway Patrol on the site of a wreck on Highway 41 between Lemoore and Kettleman City. 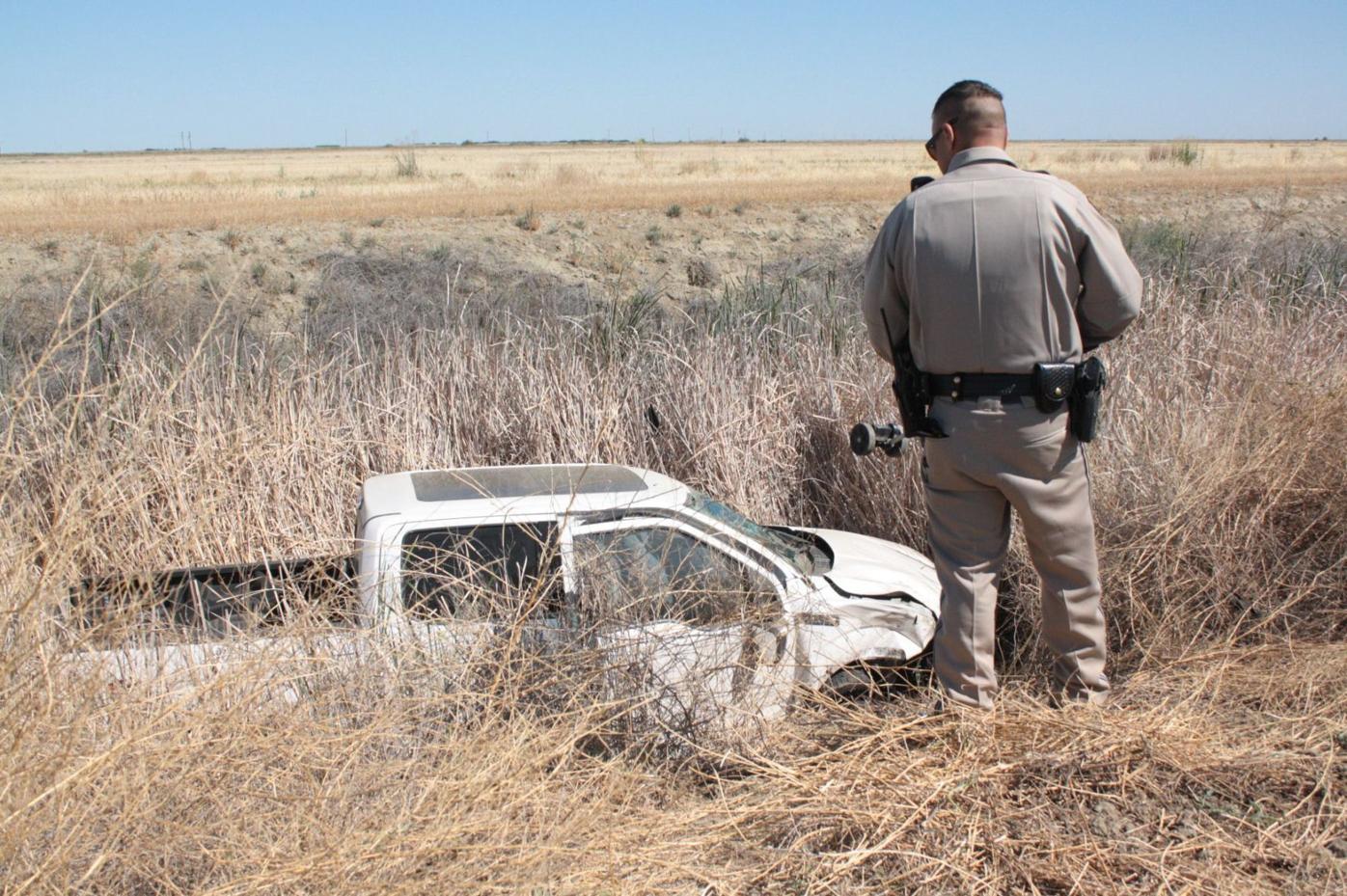 Officer Donnie Connor with the California surveys the damage and does measurements at the scene of the accident.

California Highway Patrol on the site of a wreck on Highway 41 between Lemoore and Kettleman City.

Officer Donnie Connor with the California surveys the damage and does measurements at the scene of the accident.

A head-on collision south of Lemoore has sent three people to the hospital, one with serious injuries.

According to California Highway Patrol Officer David Trejo, the driver of a white, Ford F-150 was going roughly 80 mph northbound on Highway 41 on Wednesday. At around 8:55 a.m., he tried to pass a big rig and another vehicle. The driver, however, did not see that a white, Hyundai Elantra was going 55 mph southbound until they were about to collide near Nevada Avenue north of Kettleman City.

Both drivers tried to veer out of the way and to the right, but were too late. The impact of the Ford was enough to completely destroy the front half of the Hyundai. After the crash, the pickup then proceeded to drive into a dry ravine. The driver of the Hyundai received severe injuries, while the driver and passenger of the Ford received minor ones.

It was a bad accident, but Trejo stated that the last-second effort by the drivers to swerve likely saved the driver of the Hyundai.

“I believe the majority of the impact was on the right side of the vehicle, which absorbed most of the energy from the pickup. I think that’s what saved her – it wasn’t directly on the driver’s side.”

The three people involved in the wreck were then transported to Kaweah Delta Medical Center in Visalia and Adventist Health in Hanford. The driver of the Hyundai had to be evacuated by helicopter. The accident briefly closed off traffic southbound, but was reopened before 10 a.m.

Correction: SHE "tried to pass..."

I was the passenger. The ambulance took me to Fresno Regional with a fractured L2.