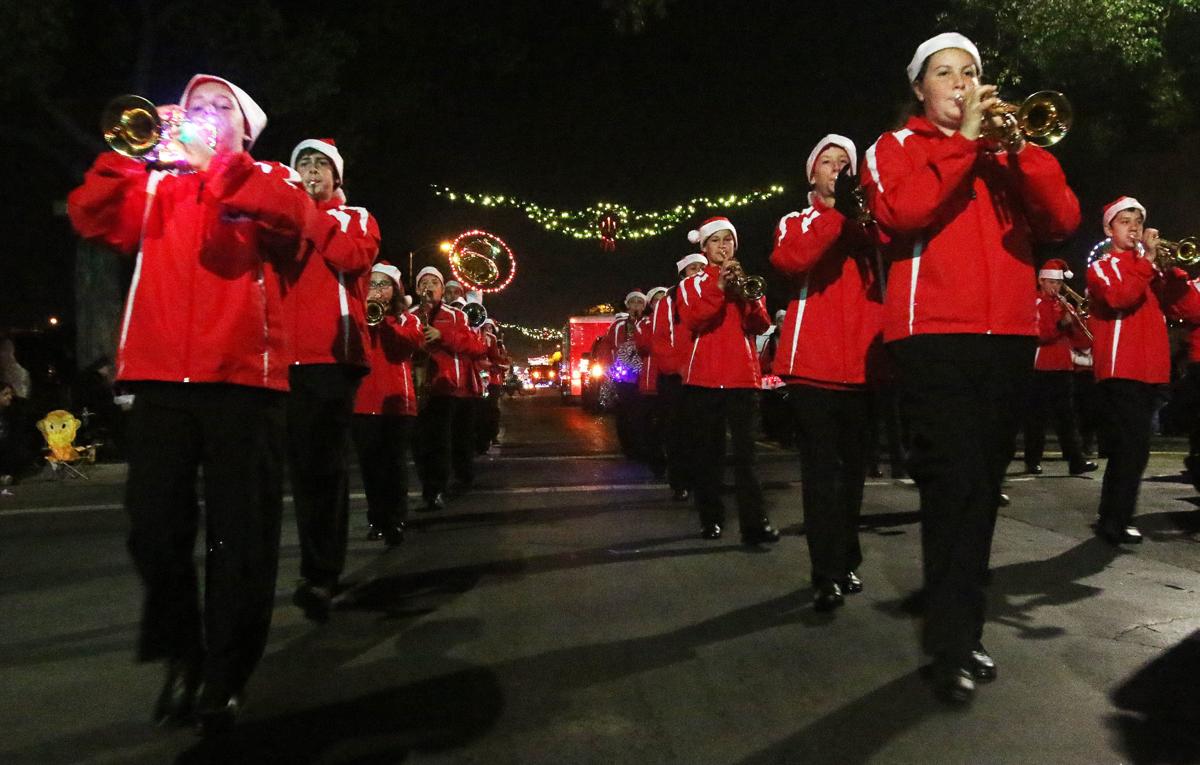 The Panther Pride Marching Band from Pioneer Middle School makes it's way up Seventh Street during the annual Christmas Parade on Friday evening. 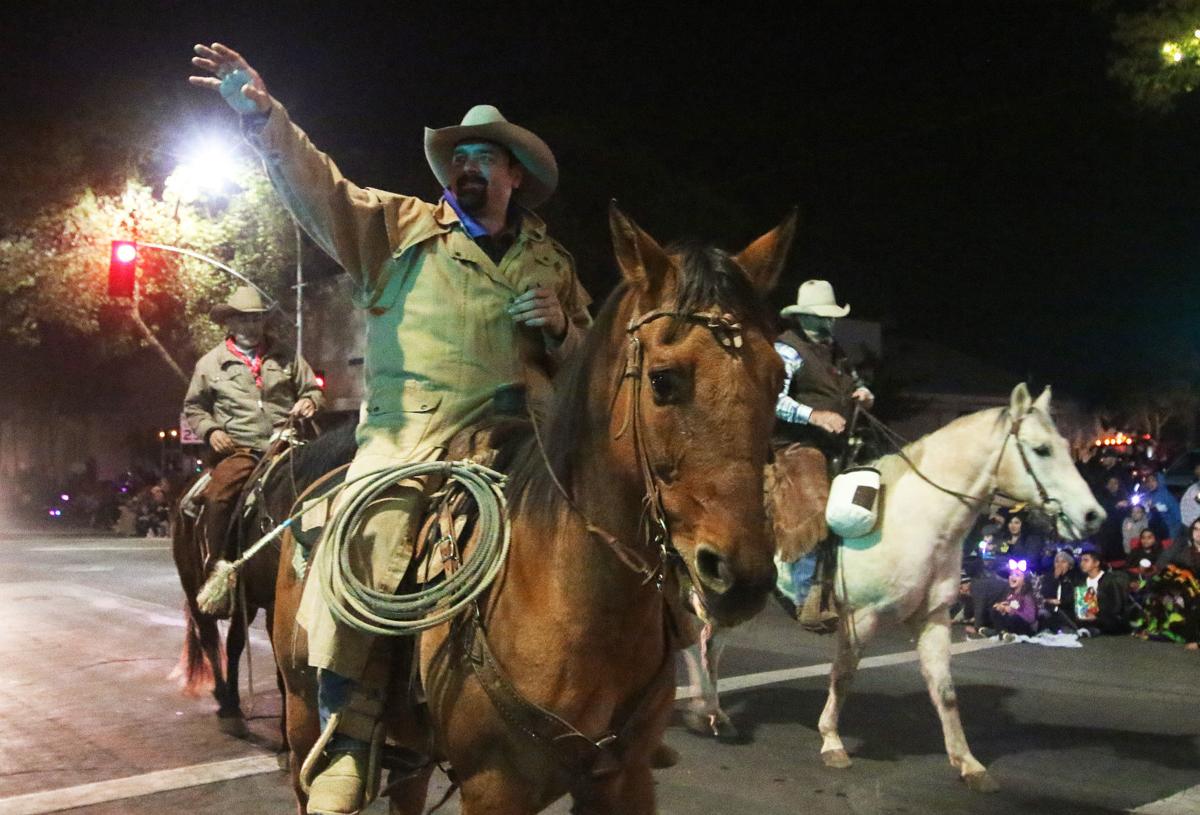 A group of horseman from the Riverdale Rodeo ride up Seventh Street during the annual Christmas Parade on Friday evening.

The Hanford Christmas parade will make light the downtown area up like the nose of a certain reindeer, as it has for years.

“More than anything, I think it’s about the tradition,” Hanford Chamber of Commerce Executive Director Joey Joslin said about the ongoing appeal of the annual parade. “A lot of people have been coming since they were kids and it’s just one of those things — everyone knows that that the day after Thanksgiving that it’s where you’re going to be. You’re going to be in downtown Hanford for the Christmas parade.”

The parade is expecting to draw somewhere between 5,000 and 6,000 people and will employ over 70 floats and entrants into the parade itself.

“This is probably the biggest community event of the year,” Joslin said.

Traditionally, members of the community will start lining up on the streets, setting up their camps, complete with chairs, snacks, blankets and other items as early 9 a.m., many claiming the same spots year after year.

“People like to get their prime spot, whether that’s right there on 7th Avenue or in front of Superior Dairy, wherever their normal spot they like to sit is,” he said.

This will be Joslin’s first year as director after being hired last December when longtime executive director Mike Bertaina retired. Alongside Joslin, a new board-look board was also installed. The new chamber wanted to theme this year’s parade to reflect the members and the new direction, Joslin said.

“We want to make sure we’re moving forward with new ideas and staying innovative,” he said.

The theme will be interpreted in their own specific ways by the entrants in the parade.

Before becoming director and his attentions became focused on other aspects of the parade, Joslin was the parade’s voice, providing midway commentary. This year, those duties will fall to radio personalities April Skye of 997 Classic Rock and Rik McNeil of KJUG.

Of the dozens of floats and entrants, Joslin said that the public can expect many of the staples they’ve grown to enjoy throughout the year, like sitting and newly-elected city council members, local school bands and cheerleaders, local personalities, businesses and car clubs.

The event is free.

The Hanford Christmas Parade is scheduled to begin at 6 p.m. Friday in downtown Hanford. The event is free.

Well-loved son, father, grandpa, and great-grandpa passed away. His life will be celebrated at a graveside service on Thursday, April 8 at the…

Leonard Oliveira, 83, passed away peacefully at his home on Thursday, April 1, 2021 surrounded by his family whom he loved dearly. He was born…

It is with great sadness that we announce the passing of our dear husband, father, brother, uncle and friend, Jim Brightwell, on February 3rd,…

The Panther Pride Marching Band from Pioneer Middle School makes it's way up Seventh Street during the annual Christmas Parade on Friday evening.

A group of horseman from the Riverdale Rodeo ride up Seventh Street during the annual Christmas Parade on Friday evening.