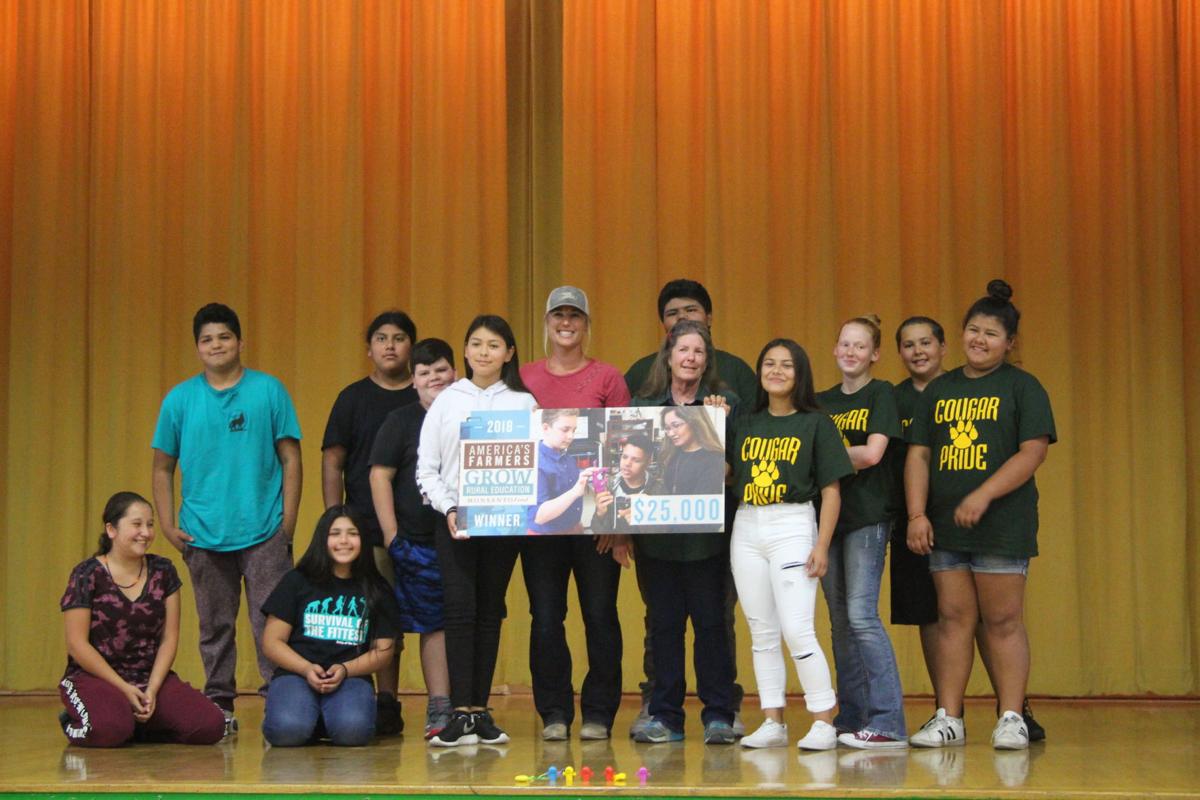 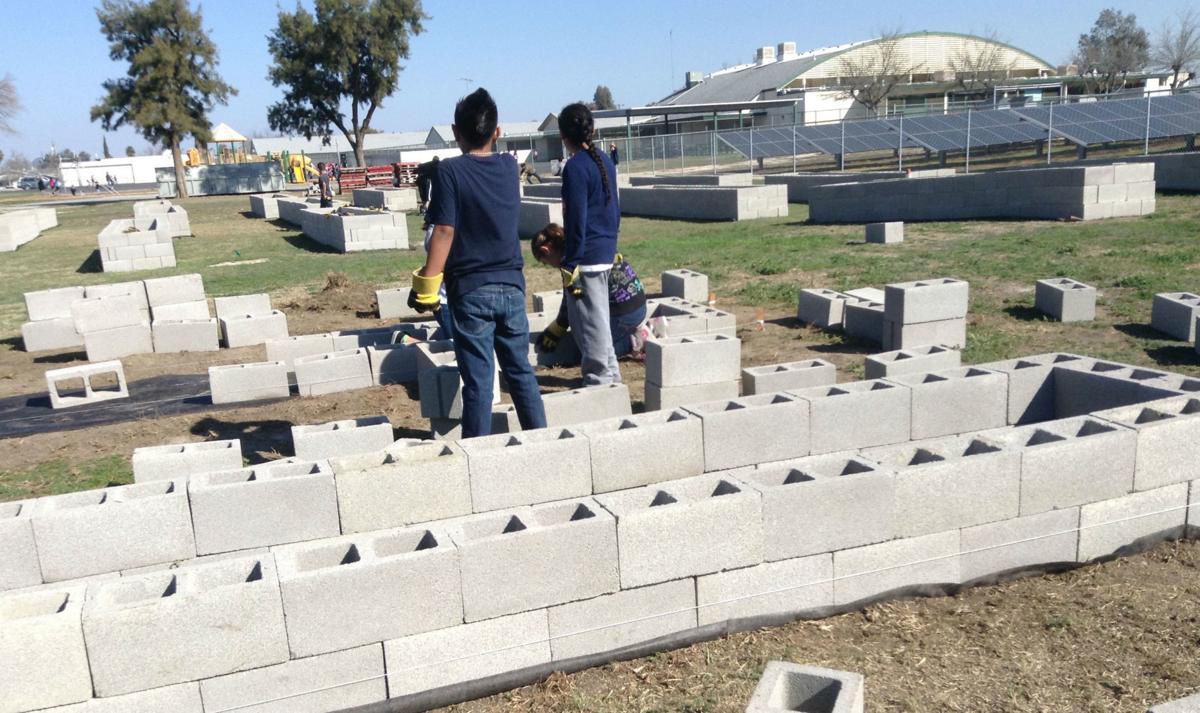 Stratford Elementary School in 2015 won a grant from Monsanto to fund a garden project in which students learned various aspect of science, technology, engineering and mathematics and how they apply to agriculture.

Stratford Elementary School in 2015 won a grant from Monsanto to fund a garden project in which students learned various aspect of science, technology, engineering and mathematics and how they apply to agriculture.

STRATFORD — Before the students began their fun, back-to-school assembly Wednesday, a representative from Monsanto, an agriculture company, presented the Central Union Elementary School District STEM teacher, who teaches science, technology, engineering and mathematics, and some student representatives with a check to fund their coming robotics project at Stratford Elementary School.

Becca Mellema, the Monsanto representative, said that America’s Farmers Grow Rural Education is a program where Monsanto and farmers across the nation raise around $2.3 million annually to help fund innovative projects that rural schools around the nation are doing to promote science, technology, engineering and mathematics.

Wendy Stone, the district’s STEM teacher, said she is excited for her students to be third-time recipients of this grant.

“I am astounded by my students,” Stone said.

The $25,000 going to the district is to fund materials for the school’s robotic project called Project Bot.

Stone said that in this project the students will build a robot, program it to do certain tasks through coding and think about how what they are learning with the robots can be applied to agriculture.

Caesar Vasques, Aaliyah Jeff and Gavin Davis are eighth-grade students that said they are excited about the robotics project.

Aaliyah said that in the year prior the students did a project involving robots and it was one of her highlights.

Caesar and Gavin said that they appreciate being able to work in groups often in their STEM class.

In addition to the robotics project, students will learn more about coding, engineering, science and mathematics in other projects that Stone puts together. She said that some students do better when they have a final, tangible outcome like a solar oven or a bridge that can hold several bricks while suspended.

Stone said that in addition to the technical skills her class promotes communication, collaboration, critical thinking and creativity.

With the grant, the Monsanto Fund also hopes to encourage students in rural communities to go to continue their education and aspire for STEM careers.

Caesar said that he and Gavin like the same career and want to do something involving designing and engineering mechanics. Aaliyah said that she is interested in a career that involves computer engineering.

The entire project will be something that students in the third grade to the eighth grade in the Central Elementary School District, around 362 total students, are to participate in the project.

Stone has taught science for 12 years and recently the Central school district hired her as the STEM teacher.

She said that in addition to training, teaching STEM – especially in how it relates to agriculture – comes naturally to her since she runs a 40-acre farm.

“There is an exponential amount of growth for applications of technology in ag,” Stone said.

However qualified and innovative Stone is praised by colleagues, students and community members, she credits the success of the STEM program to her students and the school board for allowing the specialty.

The reporter can be reached at 583-2458 or chelsea.shannon@lee.net.

What type of Halloween candy are you?