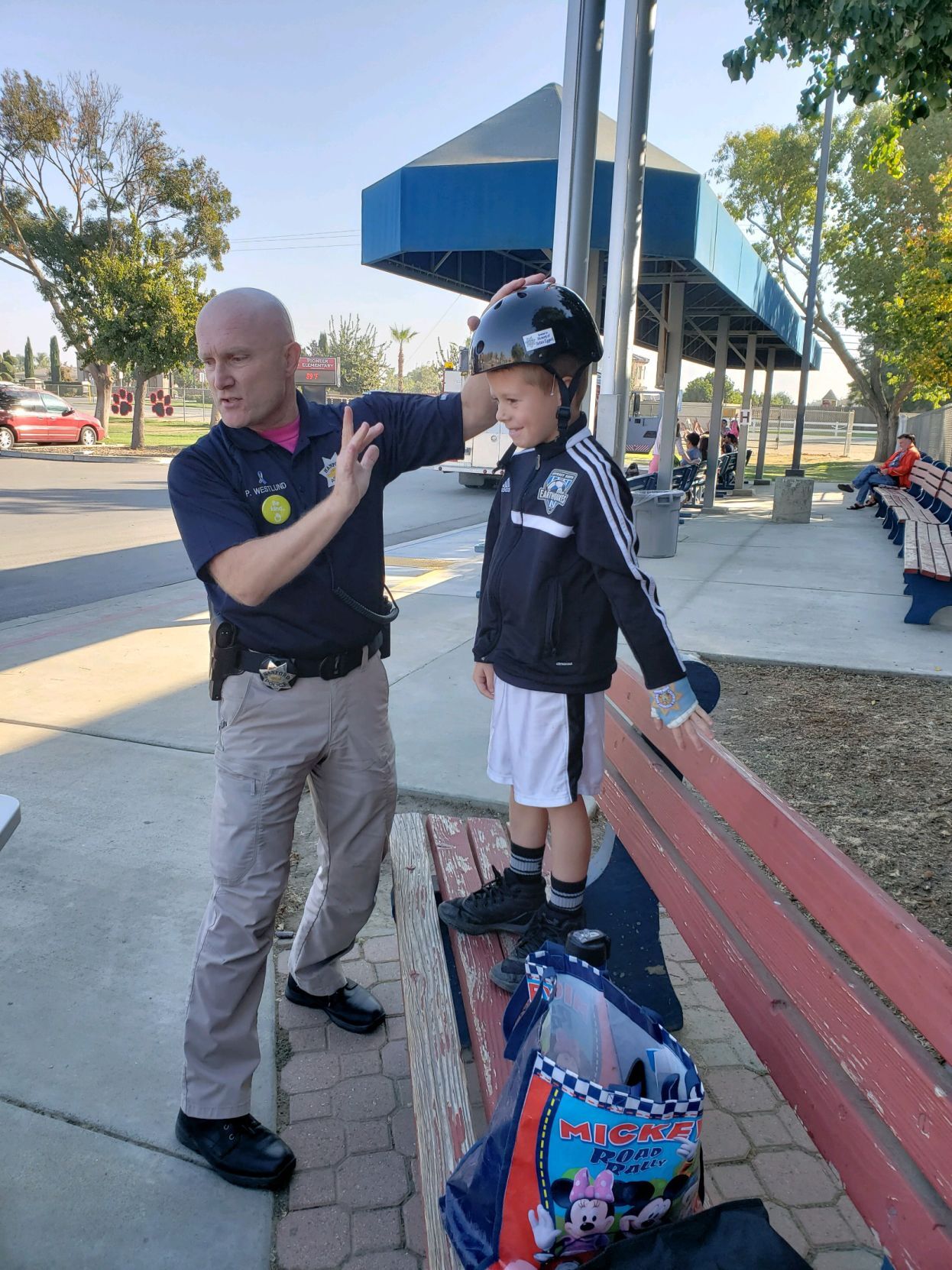 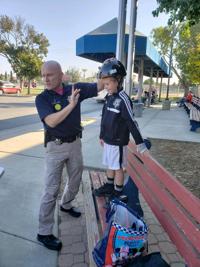 Per Westlund demonstrates helmet safety as part of his job as a school resource officer. 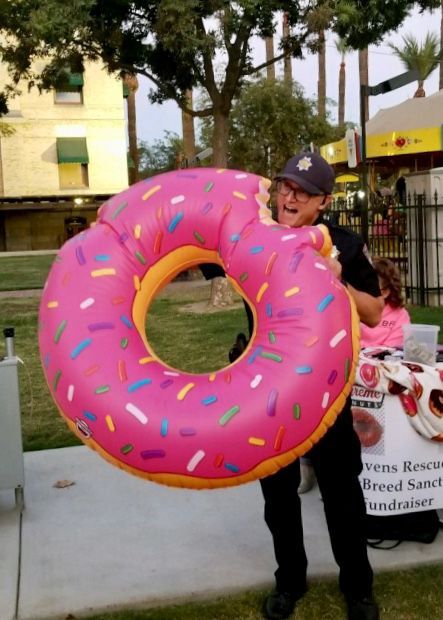 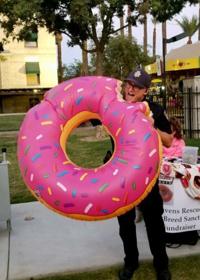 Officer Per Westlund takes a "bite" out of a giant inflatable at an event at a community outing.

Per Westlund demonstrates helmet safety as part of his job as a school resource officer.

Officer Per Westlund takes a "bite" out of a giant inflatable at an event at a community outing.

With a quarter-of-a-century invested in the Hanford Police Department, Officer Per Westlund is bound to have his share of memories and noteworthy moments, but there’s one incident from around his second year on the force that stands out above the rest.

It was at that time that Westlund received a call about a 13-year-old girl. To the horror of everyone involved in the case, the girl had been raped by not one – but six people. Normally, such a case would be turned over to detectives, but Westlund, himself a father, begged the head of his department to allow him to go after the suspects.

What followed was the rapid arrest of all six suspects – their confessions – and bringing closure on the case and to the family.

“That was one of the more gratifying experiences, to help this young girl and her family in severe trauma,” Westlund said. “I was so thrilled and excited and that just boosted my confidence that I [could] do this.”

It was far from what Westlund expected to do with his life when he arrived in the United States. In fact, he was already a well-established businessman when he decided to take up the badge.

Born in Sweden, Westlund came to Fresno for the first time as an exchange student in 1980 during his senior year. When his service was up as a conscript in the Swedish Army, he decided to return to the San Joaquin Valley in 1986 and started his own interior design business.

But then his neighbor, an officer with the Fresno Police Department, offered to take him on a ride-along. What Westlund initially expected would be a fun day with his neighbor turned out to be life-changing.

“That was a total, ‘Wow, wow’ moment,” Westlund said. “I was so inspired, so I looked into the academy and I sold my business and I was oldest one in the Police Academy – I worked my butt off – and I was 34 at the time. And I did pretty well.”

Wanting to work in a small town where community impact was easier to achieve, he tried out for the Hanford Police Department and was sworn in in 1996.

During his 25 years in Hanford, Westlund took on a number of different jobs for the department including SWAT, serving as a field training officer (FTO), the Problem-Oriented Policing (POP) team and school resource officer (SRO) with the Hanford Elementary School District.

“That was the most rewarding and important position I’ve ever had of everything I’ve done,” Westlund said. “So I had this amazing opportunity at building relationships and mentoring and guiding the kids, who otherwise may have been heading in the wrong direction, and keeping them out of the criminal justice system.”

In that time, Westlund also befriended and mentored many of the current Hanford staff, including Lt. Stephanie Huddleston. Huddleston worked with Westlund when she was a probation officer and when she joined the Hanford Police in 2006, Westlund was there to welcome her aboard. When she became an SRO, he acted as her mentor.

“He truly lets the kids see the human behind the badge,” Huddleston said. “He participates in anything and everything in the school imaginable, whether it’s serving breakfast or Student of the Month, doing anti-bullying for the kids and the teachers … participating in things like sporting events and assemblies – just basically anything that he’s asked to do, or volunteers to do – that can help out with the schools.”

It’s been the same for Chief of Police Parker Sever. Westlund was already on the force for about a year when Sever was sworn in and he saw him rise through the ranks. When Sever joined the POP team, Westlund was his partner.

“Every once in a while, we’d go to a call or something and they’d think, ‘oh, he’s the mean one,’” Sever said. “They would go, ‘oh, he’s older, he’s got the mustache … oh, he’s mean,’ and they’d start talking to him and then they’d talk to me, then I became the mean one and they’d want to talk to him again.”

He was also there to support Sever through his battle with cancer in 2017 and 2018, providing him with check-in calls and a book to read while he was undergoing chemotherapy treatments.

“I was restoring a Corvette at the time and so he purchased a really big book on Corvettes so I could take a look at it,” Sever said. “So that was really cool.”

Westlund will be retiring on June 11. However, as he steps down, he says he still plans to be as active as possible in the Hanford community.

“I’d like to thank the City of Hanford and the Hanford PD for believing in me, allowing me to be who I am and giving me the opportunity and chance to prove that this old immigrant has what it takes to be a police officer,” Westlund said. “But more so, thank you to the amazing community for the honor and privilege of allowing me to protect and serve you for 25 years. I’m truly humbled and grateful.”