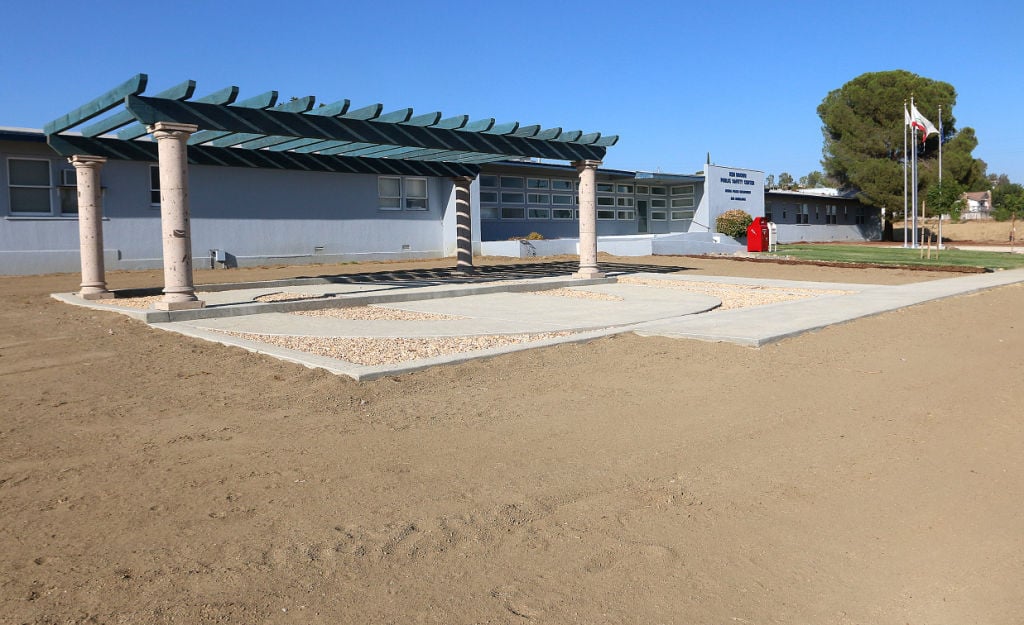 The front "lawn" of Avenal police headquarters is dirt except for a small section of buffalo grass which only needs to be watered once a month. 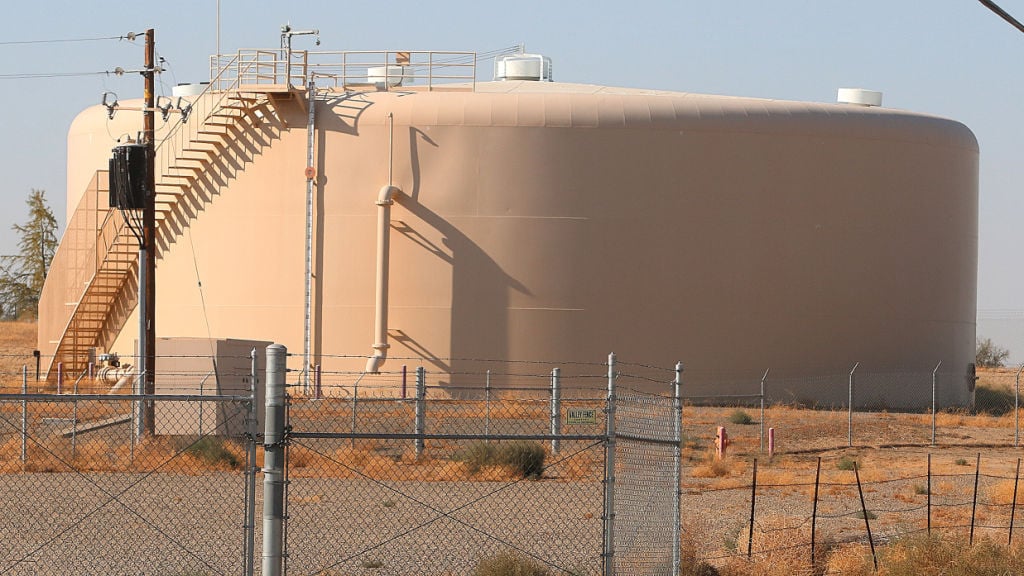 Avenal's water supply tank — fed by the Central Valley Project — is located on a hill above Interstate 5. The city is facing more water restrictions after officials announced Friday that drought has worsened this year.

AVENAL — Avenal was on the painful receiving end of water shortages last year, but under a new draft environmental impact statement released last November and given an extended public comment period this week by the U.S. Bureau of Reclamation, the small Kings County city could receive more water during drought.

The statement discusses possible changes to the way the bureau splits water between urban and agricultural users. The comment period was originally going to expire on Jan. 30. The extension gives water users until March 13 to weigh in.

Avenal is one of the few towns in the southern San Joaquin Valley whose tap water is supplied by the agriculturally-oriented bureau. The town came close to running out of water last year amid drought.

That was supposed to get residents and inmates through February 2015, but Avenal officials estimated that, despite conservation efforts, they might run out.

Avenal City Manager Melissa Whitten said that Avenal will likely end up with a few hundred acre-feet left in the tank on Feb. 28. She credited the savings to tough conservation measures adopted in 2014 that included a ban on transporting water outside city limits.

One option evaluated in the statement would increase Avenal’s allocation up to 75 percent of its historical use in a drought scenario like 2014. That would put the town about 200 acre-feet short of its projected water use in the 2014-2015 water year.

Another alternative would give Avenal and other municipal users 100 percent of their historical use in some drought scenarios, meaning there would be less available for agriculture. Still another option would put ag and urban users on the same footing, meaning that in 2014 they would both have likely received an initial zero percent allocation.

Whitten said she Friday hadn’t had time to digest the draft statement yet. She said she’d like to see the city get more water on an annual basis to bump up the historical average.

“It would be nice to know that the water is available to us,” she said. “Of course we want to be made whole.”

Meanwhile, Avenal Mayor Harlan Casida hoped for more precipitation to boost the total amount available for all users this year — agricultural and municipal. He noted that, despite above-average rainfall in December, the snowpack is about 50 percent of normal for this time of year.

“Everybody thinks rain is the greatest thing, but it’s not,” he said. “We need snow.”

Still crossing your fingers for miracle storms to bail California out of the driest three-year stretch in the state’s recorded history?

Drought easily the top story of 2014

For big news stories impacting Kings County in 2014, nothing held a candle to drought.

AVENAL – Avenal will get an emergency allotment of water to prevent the dire scenario of the city going completely dry this year, a Bureau of …

Avenal could run out of water

AVENAL – One of the mottos of this small city in western Kings County is “Oasis in the Sun.” But that oasis could be without water by the end …

The front "lawn" of Avenal police headquarters is dirt except for a small section of buffalo grass which only needs to be watered once a month.

Avenal's water supply tank — fed by the Central Valley Project — is located on a hill above Interstate 5. The city is facing more water restrictions after officials announced Friday that drought has worsened this year.