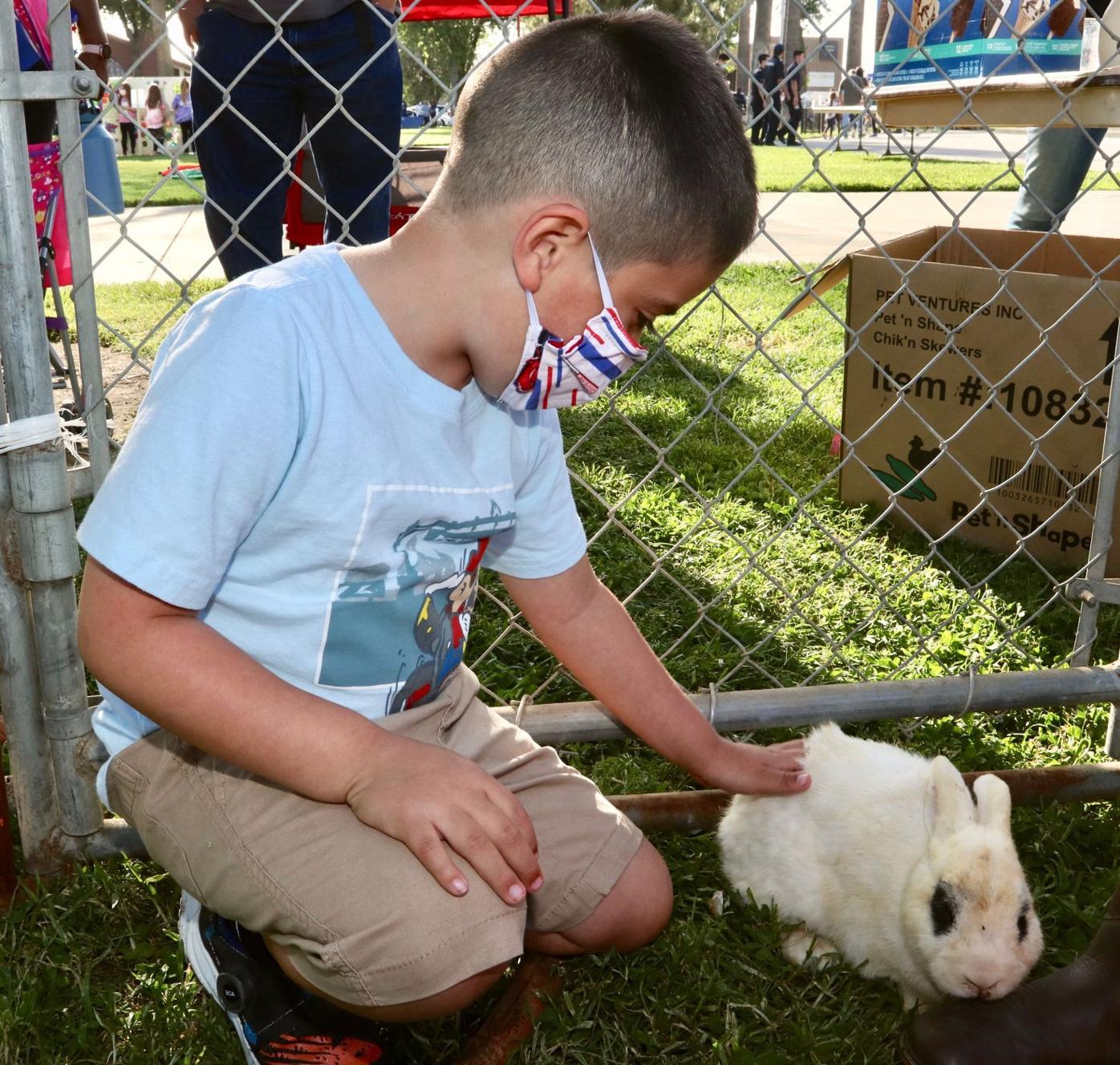 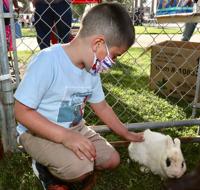 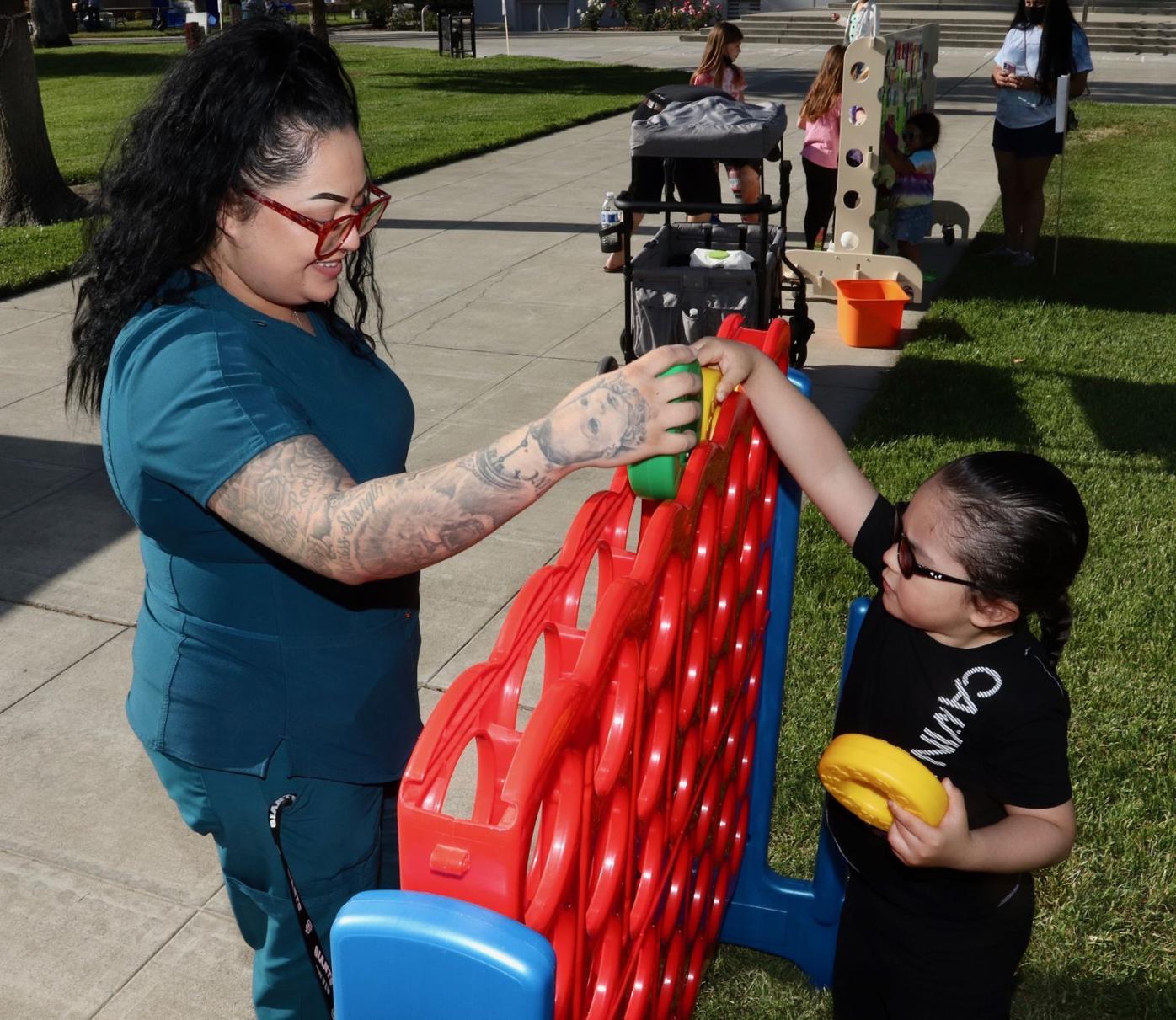 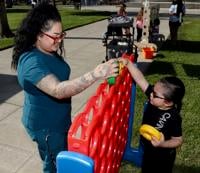 The community was invited to play games in Civic Park Wednesday evening as part of an autism awareness event.

The community was invited to play games in Civic Park Wednesday evening as part of an autism awareness event.

HANFORD — Local families were treated to an evening of fun for a good cause courtesy of Sensory Rock Gym and the Hanford Police Department Wednesday night.

The event was held as part of Autism Awareness Month, with police estimating at least 350 attending the festivities at Civic Park.

According to Hanford Police Lt. Stephanie Huddleston, the idea first emerged in November with Officer Rolando Jaime, who works in the Problem Oriented Policing (P.O.P.) program, which was created to enhance the image of the Department through community outreach. With Autism Awareness Day having taken place on April 2, they decided it was the right month to hold the event. From there, they received signs, banners, fliers, time and funds from Sensory Rock.

Meanwhile another member of the Hanford Police — Cpl. Jeff Davis — contributed animals from his home to set up a petting zoo.

“Officer Jaime just started reaching out to people in the community,” Huddleston said. “And what we were hoping for was at least a slight turnout to raise that awareness and I think that we were all very pleasantly surprised at the turnout that we had.”

Huddleston added that it was an “all hands on deck affair” for the police. Lt. James Lutz, the Department’s public information officer, echoed this sentiment.

“It was like all he had to do was say, ‘I’m going to do this event,’” Lutz said. “And everybody was willing to help out because it’s such a great event and a great cause.”

Special Autism Awareness patches were also designed and are being distributed by the Hanford Police. According to Huddleston and Lutz, the patches arrived a day late for the Wednesday event, but since then, they’ve sold over 100 of them over the counter. Proceeds from the sales will go the United Cerebral Palsy (UCP) Central California office in Hanford, which also does work with people on the autism spectrum.