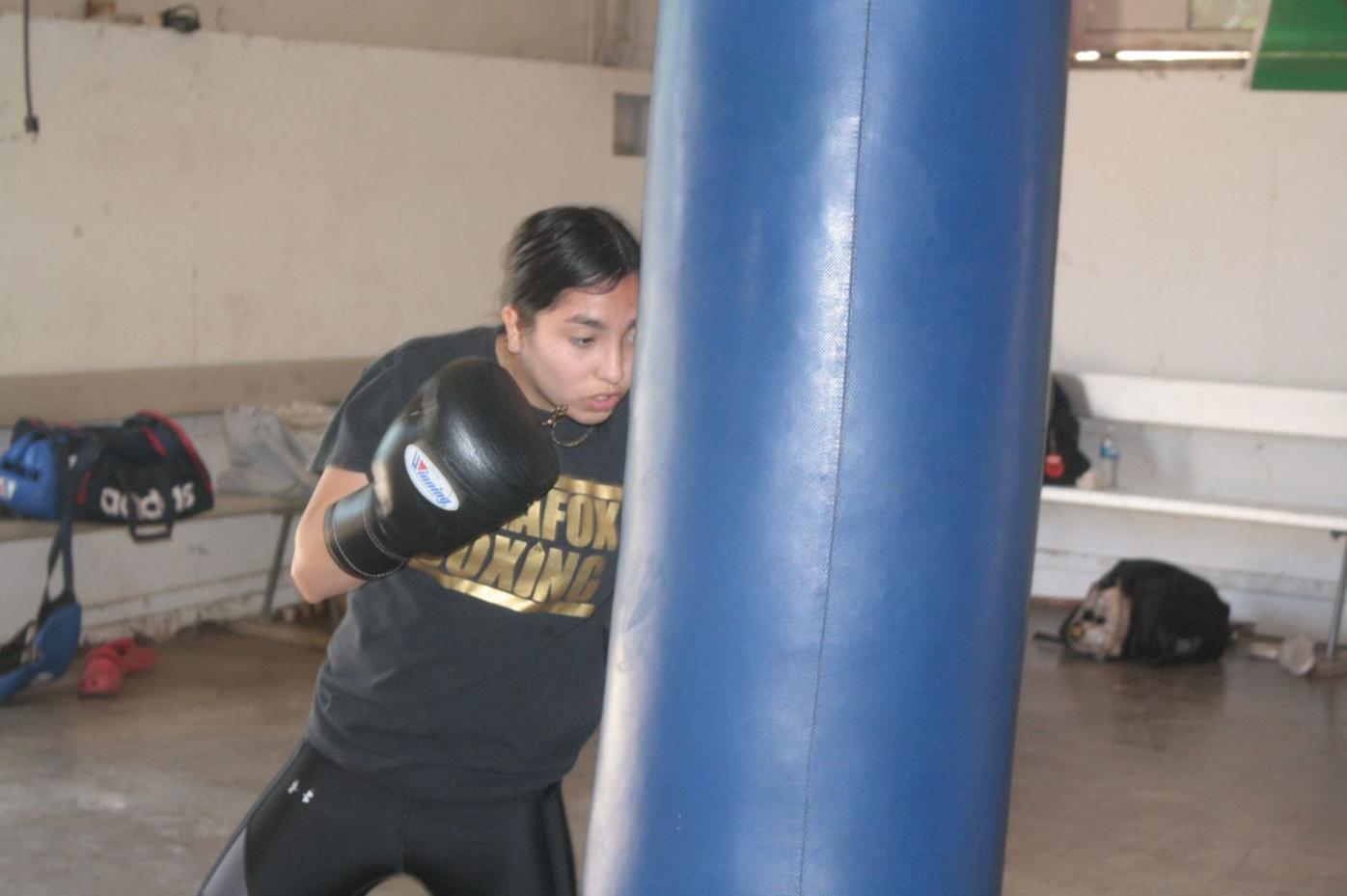 Lexus Ramirez practices on the punching bag during one of her after-school training sessions. Ramirez is headed for Texas in July for her third Junior Olympics competition 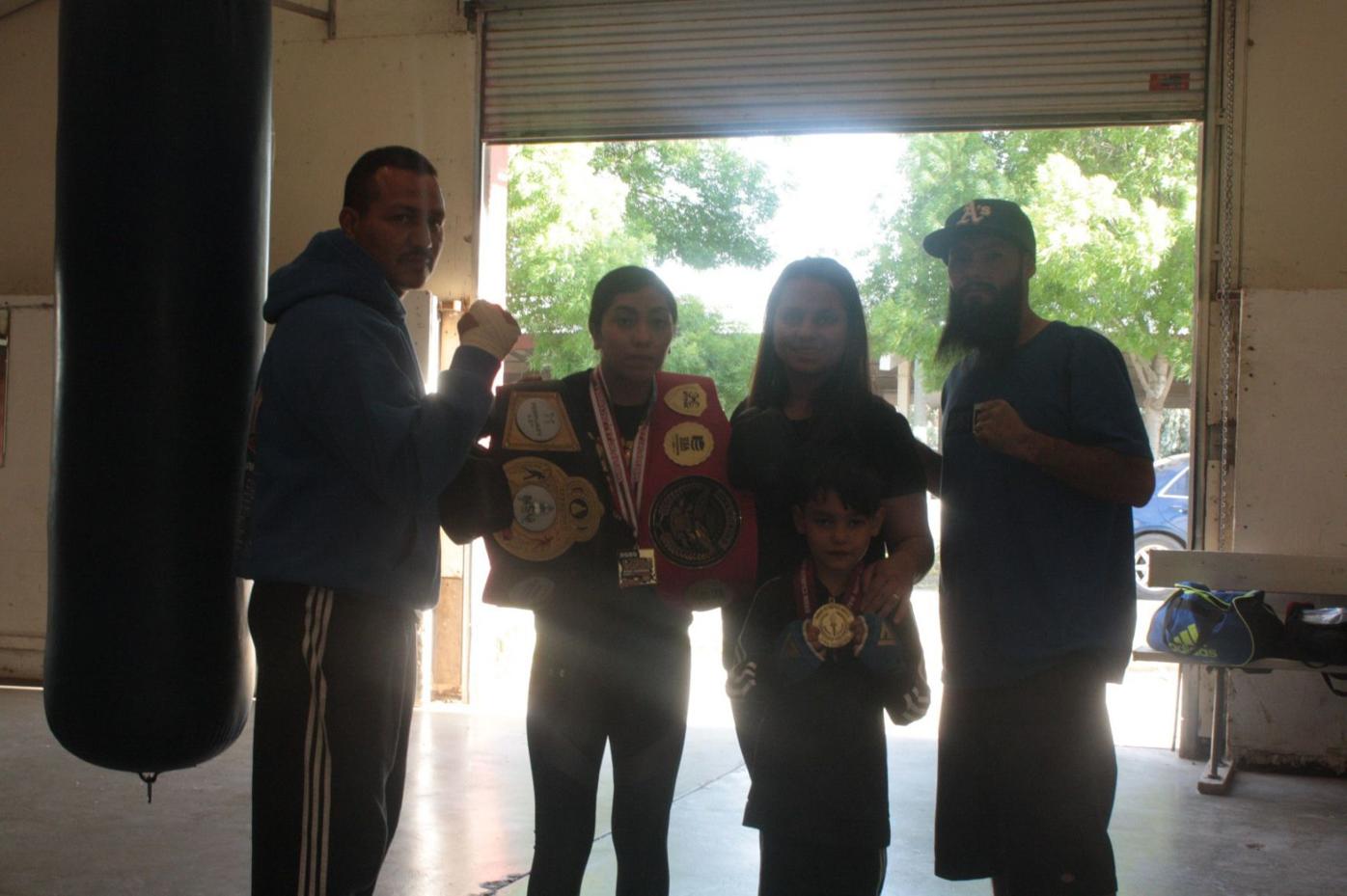 Lexus Ramirez stands with her boxing awards, along with her uncle, Flavio Perez, her mother, Yaneth, her father Alvaro and her brother, Mauricio. 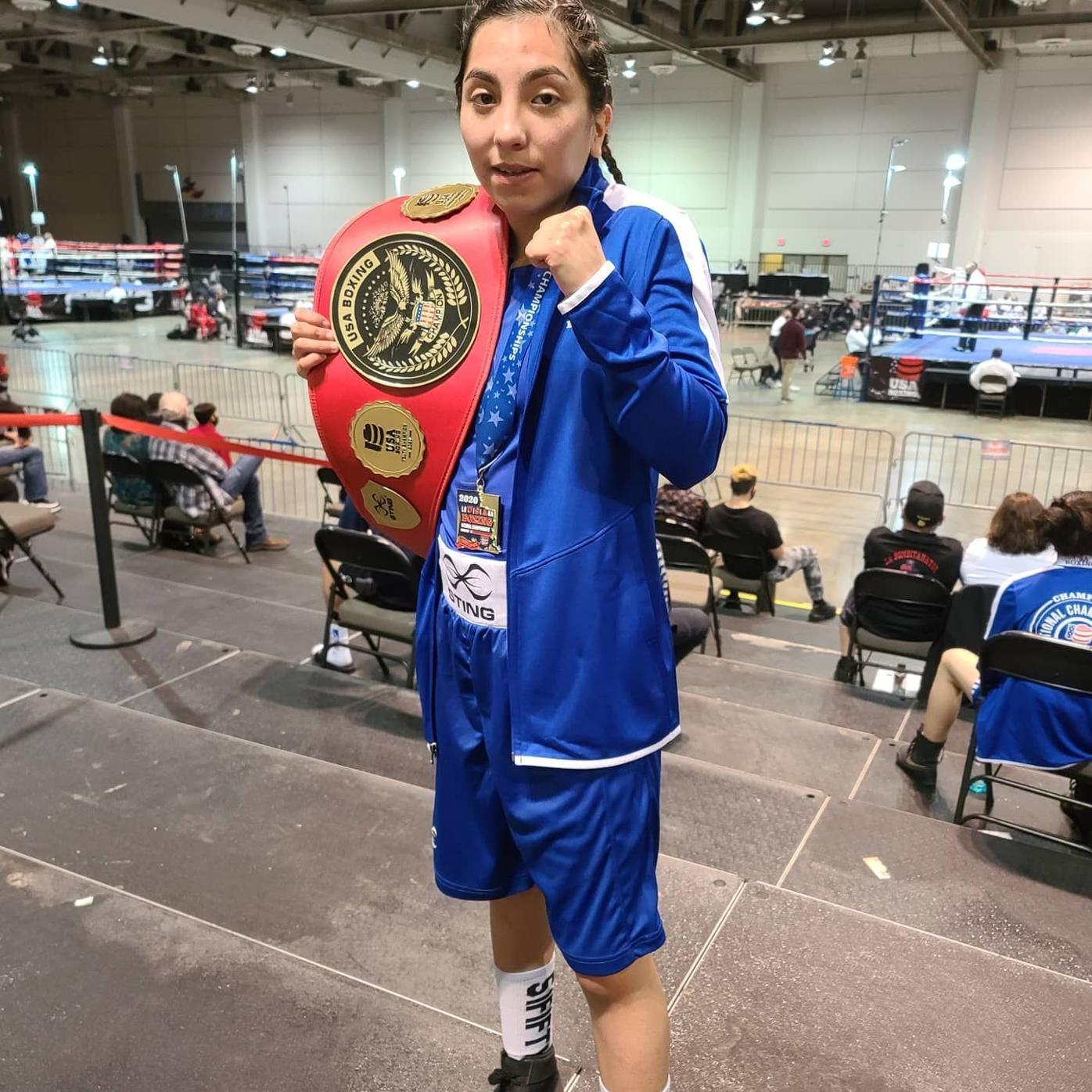 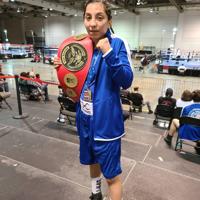 Lexus Ramirez will represent Team USA in an upcoming tournament.

Lexus Ramirez practices on the punching bag during one of her after-school training sessions. Ramirez is headed for Texas in July for her third Junior Olympics competition

Lexus Ramirez stands with her boxing awards, along with her uncle, Flavio Perez, her mother, Yaneth, her father Alvaro and her brother, Mauricio.

Lexus Ramirez will represent Team USA in an upcoming tournament.

HANFORD — With a height of 5'1" and a quiet disposition, one could easily be excused for not finding Lexus Ramirez intimidating at first glance — but looks can be deceiving.

At age 16, Ramirez is one of the top boxers in her weight class (106 pounds), and when she puts her gloves on, she enters a mode of ducking, weaving and punching that's taken her to the National Junior Olympics.

"I like fighting and working out," Ramirez said. "It's my dream."

In 2018, Ramirez went to West Virginia after punching her way through the San Joaquin Valley. Ramirez took silver that year and in 2019, she went to Madison, Wisconsin and came home with the gold. In July, she'll be headed to the National Junior Olympics for a third time, missing the 2020 games, as the event was canceled due to the pandemic.

Right now, Ramirez is ranked at the top of her weight class and is working toward qualifying for the Pan American Games.

Ramirez started boxing at age 8, after watching her cousins train with her uncle, Flavio Perez. Perez, 43, has been boxing since he was 11 and saw potential in his niece, becoming one of her coaches.

For Ramirez, boxing has become a family affair. Her father, Alvaro, has joined in her coaching while her mother, Yaneth, acts as her manager, or "momager," as she calls it.  The young fighter needs all the help she can get, as she balances school with her training, making sure she's both fighting fit and on top of her studies.

"We train five days a week," Perez said. "When there's like a month left before the tournament, we train almost seven days a week."

This includes a 45-minute run in the morning, followed by two to three hours of practice when she gets out of school, working on techniques like her punching, footwork and head movement. Meanwhile, Yaneth handles her diet, making sure she doesn't lose or gain pounds, which would disqualify her from her weight class. The work her family has done for Ramirez hasn't gone unnoticed and they've become perhaps her biggest motivator. She also hopes to be a good role model for her brother, Mauricio, 6, who's also taken up an interest in boxing.

"I'm fighting for my family — my family that believes in me," Ramirez said. "And the ones who didn't believe in me, or that a woman can do it too."

In 2020 she was supposed to go to nationals in Shreveport, Louisiana but due to pandemic event was canceled and postponed for March 25-April 4, 2021. Ultimately, she brought home the National Championship earlier this year.. By winning this  national tournament she won her way in to represent TEAM USA in her weight division of 106 lbs.  Lexus is the first boxer from Hanford to win a national championship and represent Team USA.

As for her parents and her uncle, they're in it with her for the long haul.

"As long as she likes it and likes doing it, we'll be here for her."

The next Junior Olympics competition will be held July 7-17 in Lubbock, Texas.

Any relation to Jose" Ramirez the great valley boxing legend from Avenal?