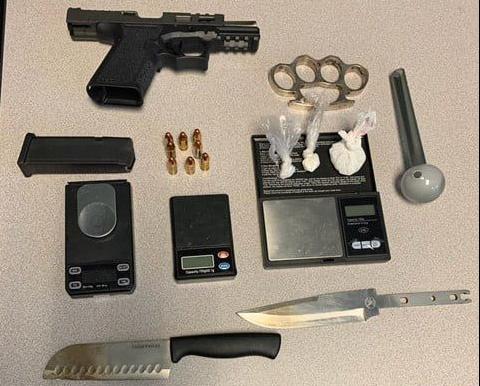 Lemoore Police officers said they found an unregistered loaded firearm, narcotics paraphernalia and illegal narcotics, including methamphetamine, in the vehicle of 35-year-old David Nunes of Lemoore. 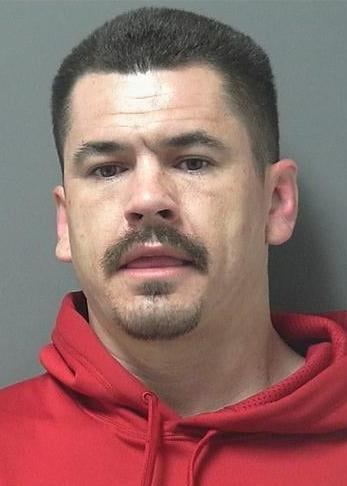 LEMOORE — A convicted felon was arrested Tuesday after police found a loaded gun and illegal narcotics in his car during a traffic stop, Lemoore Police Department officials said.

Around 12:20 p.m., an LPD officer on patrol in the 400 block of South 19 ½ Avenue conducted a traffic enforcement stop for an equipment violation.

Through investigation, officers said Nunes was found to be in possession of illegal narcotics in his vehicle. They said a detailed search of the vehicle turned up an unregistered loaded firearm, narcotics paraphernalia and additional illegal narcotics, including methamphetamine.

Officials said further investigation revealed Nunes was a convicted felon and was prohibited from possessing a firearm or ammunition. They said Olaes was found to be in possession of illegal narcotics and drug paraphernalia as well.

Lemoore Police officers said they found an unregistered loaded firearm, narcotics paraphernalia and illegal narcotics, including methamphetamine, in the vehicle of 35-year-old David Nunes of Lemoore.