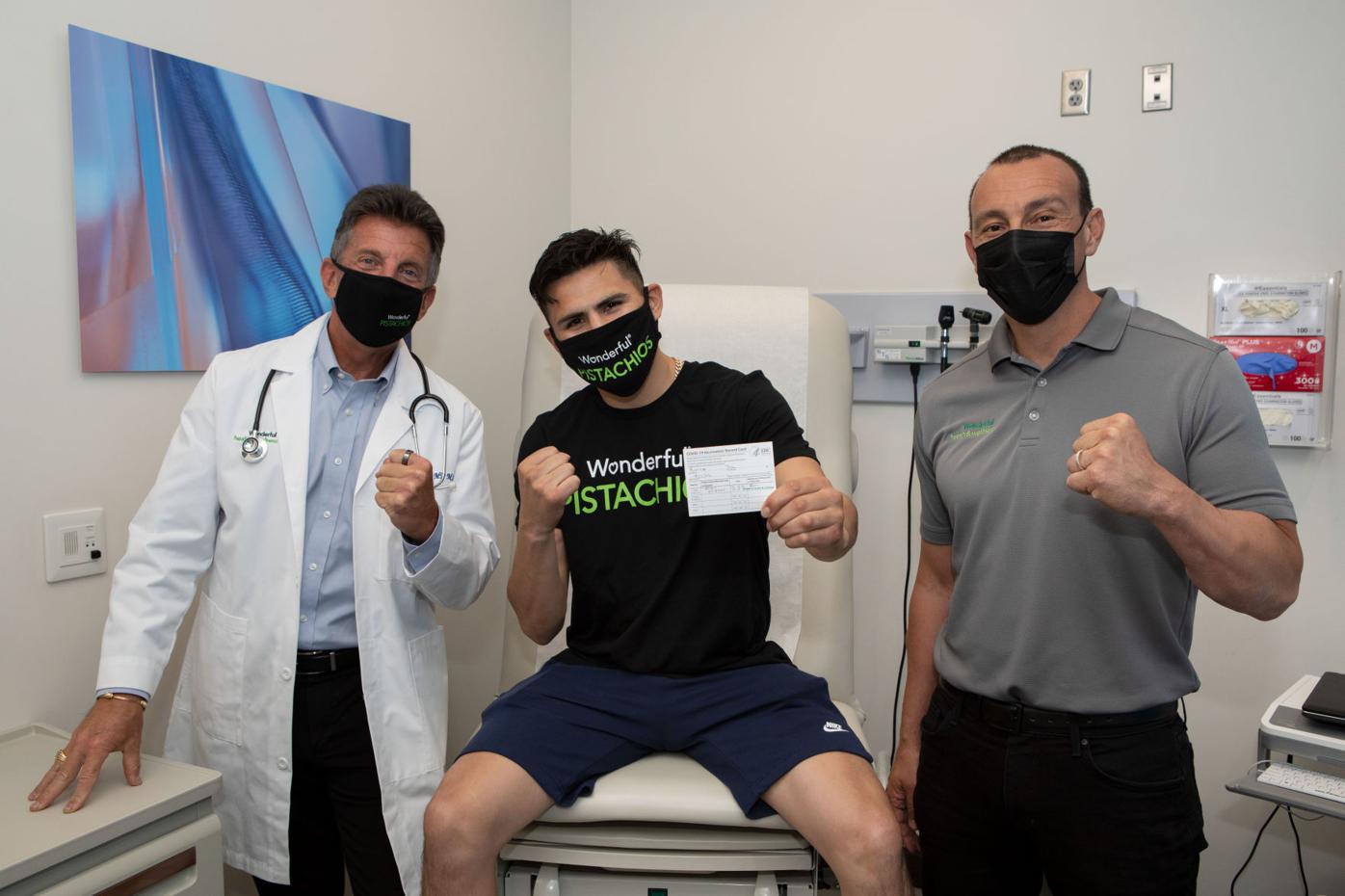 Unified WBC and WBO light welterweight champion Jose Ramirez is encouraging local ag workers to get vaccinated against COVID-19. On April 16, the hometown hero received his first vaccination at the Wonderful Health & Wellness clinic in Delano. 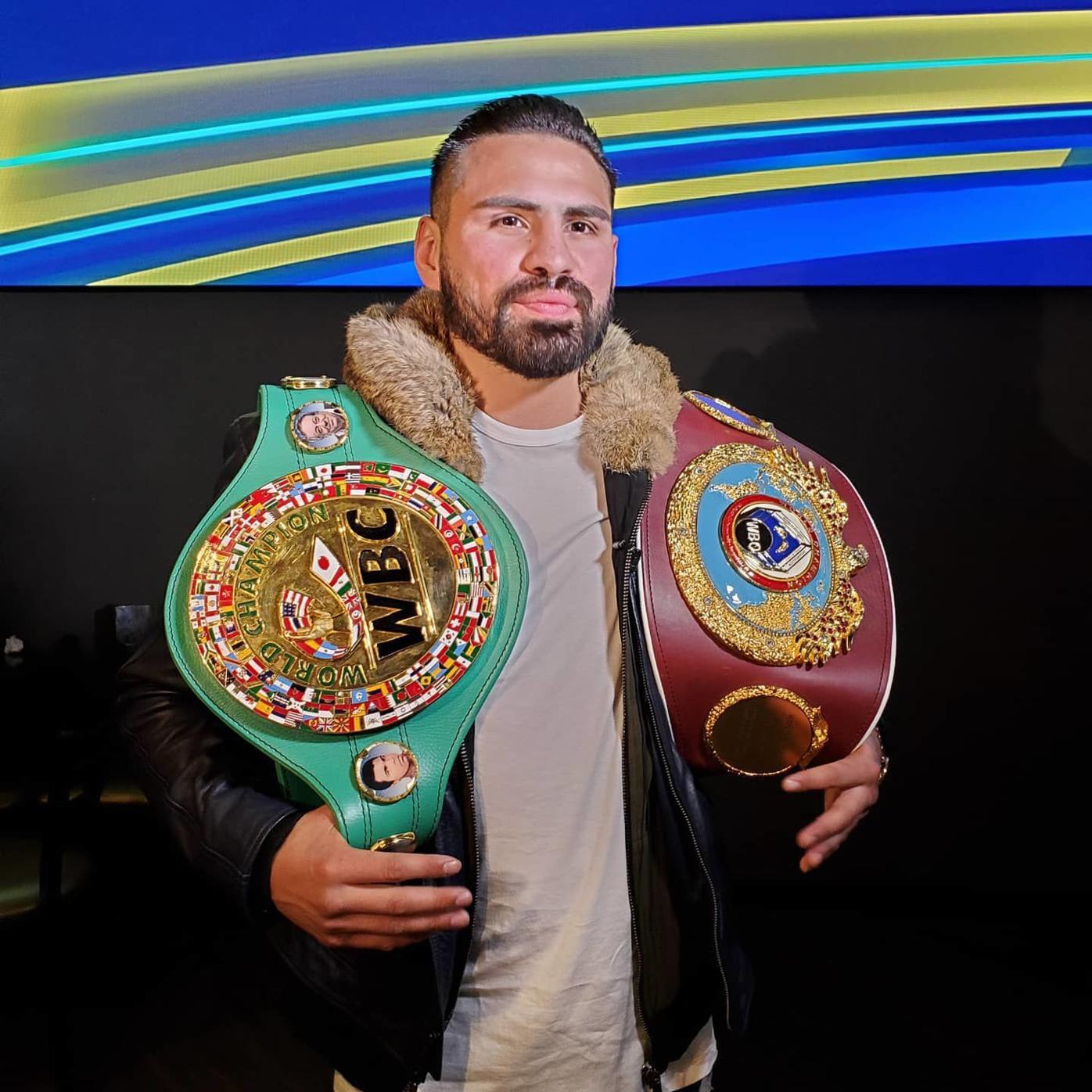 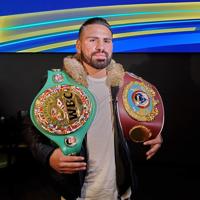 Unified WBC and WBO light welterweight champion Jose Ramirez is encouraging local ag workers to get vaccinated against COVID-19. On April 16, the hometown hero received his first vaccination at the Wonderful Health & Wellness clinic in Delano.

AVENAL — Wonderful® Pistachios, long-time supporter of championship boxer Jose Ramirez, is proud to sponsor him in the ring once again as he faces Josh Taylor on May 22 for the junior welterweight unification title, according to a release sent by the company.

If victorious, Ramirez would become the first Mexican American junior welterweight boxing champion and only the second undisputed junior welterweight champion of the four-belt era. The main event fight will take place at The Theater at Virgin Hotels in Las Vegas and will be broadcast live on ESPN and ESPN Deportes (simulcast on ESPN+) at 8:30 p.m. ET/5:30 p.m. PT. on May 22, 2021.

Leading up to the fight, Ramirez, a Central California native from Kings County, and son of agricultural workers, partnered with Wonderful to ensure farm workers were supported during the pandemic. On March 22, Ramirez addressed employees at the Wonderful Pistachios & Almonds plant and orchards in Lost Hills, Calif., encouraging them to join the fight against COVID-19 by getting vaccinated. On April 16, the now-eligible hometown hero received his first vaccination at the Wonderful Health & Wellness clinic in Delano sharing videos and photos from his appointment with the community to further encourage people to get the vaccine.

On May 22, Ramirez will proudly enter the ring wearing the Wonderful Pistachios logo on his shorts, with additional branded gear being worn by his team during the fight. The fight will also raise awareness for causes close to Ramirez’s heart.

“Now that I’m fully vaccinated, it’s a big lift off of my shoulders as I head into the biggest fight of my life because I know I’ve done my part to keep myself, my family and my community safe,” said Jose Ramirez, 2012 Olympian and Unified World Champion. “I dedicate this fight to the farm workers in California’s Central Valley because they’re the true heroes who have maintained our food supply in a safe and steady way during this hard time; thank you. And thank you to Wonderful Pistachios for continuing to support my dreams in the ring and in my community.”

More than 86% of The Wonderful Company employees in California’s Central Valley have now been vaccinated, as the company helped ensure Central Valley communities, who have often been left behind, have access to the COVID-19 vaccine, according to a release.

"The partnership with Ramirez helped spread the message," the release stated.

These efforts will be showcased in an upcoming installment of the ESPN docuseries “Blood, Sweat, and Tears,” which will feature a behind-the-scenes look at Ramirez’s life leading up to the fight, including footage captured in his hometown. Ramirez vs. Taylor (Part 1) airs at 4 p.m. ET/ 1 p.m. PT May 9 on ESPN2, with Part 2 debuting at 8 p.m. ET / 5 p.m. PT. on May 16.

Wonderful Health & Wellness clinics in Delano and in Lost Hills, California, are open to anyone 16 and older to receive the COVID-19 vaccine. Anyone interested can schedule a free appointment by calling 661-720-2660.

Ramirez (26-0, 17 KO) first claimed WBC gold in 2018 by defeating Amir Imam and has successfully defended the title three times (vs. Antonio Orozco, Jose Zepeda and Maurice Hooker). Most recently, Jose Ramirez defeated Viktor Postal on Aug. 29, 2020, to retain his WBC/WBO junior welterweight titles in a fight where Ramirez was also sponsored by Wonderful Pistachios. More details about his fight stats are available via Top Rank.