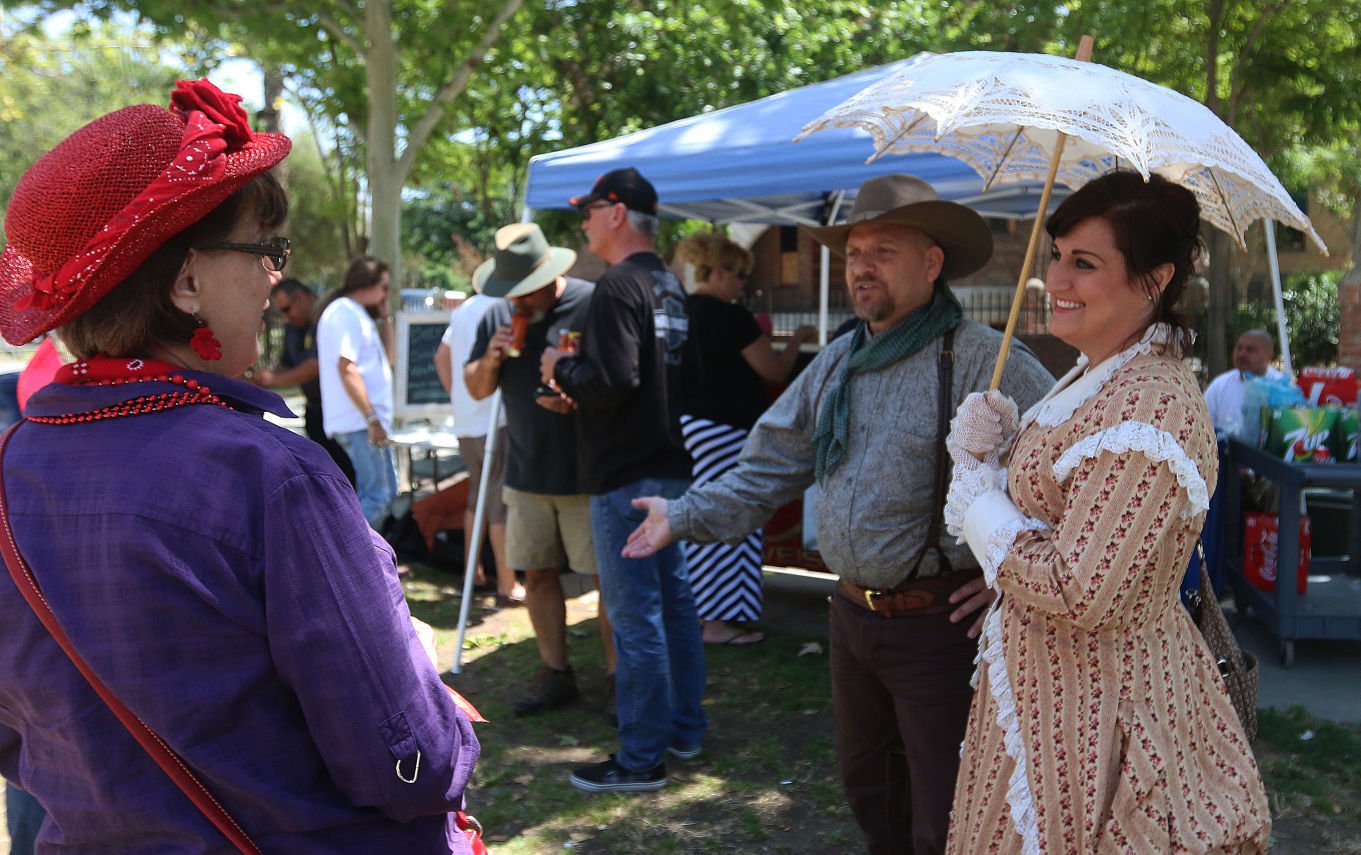 Bernie and Heather Huerta of Porterville talk to Carol Gregory during the Pioneer Days event on Saturday afternoon. 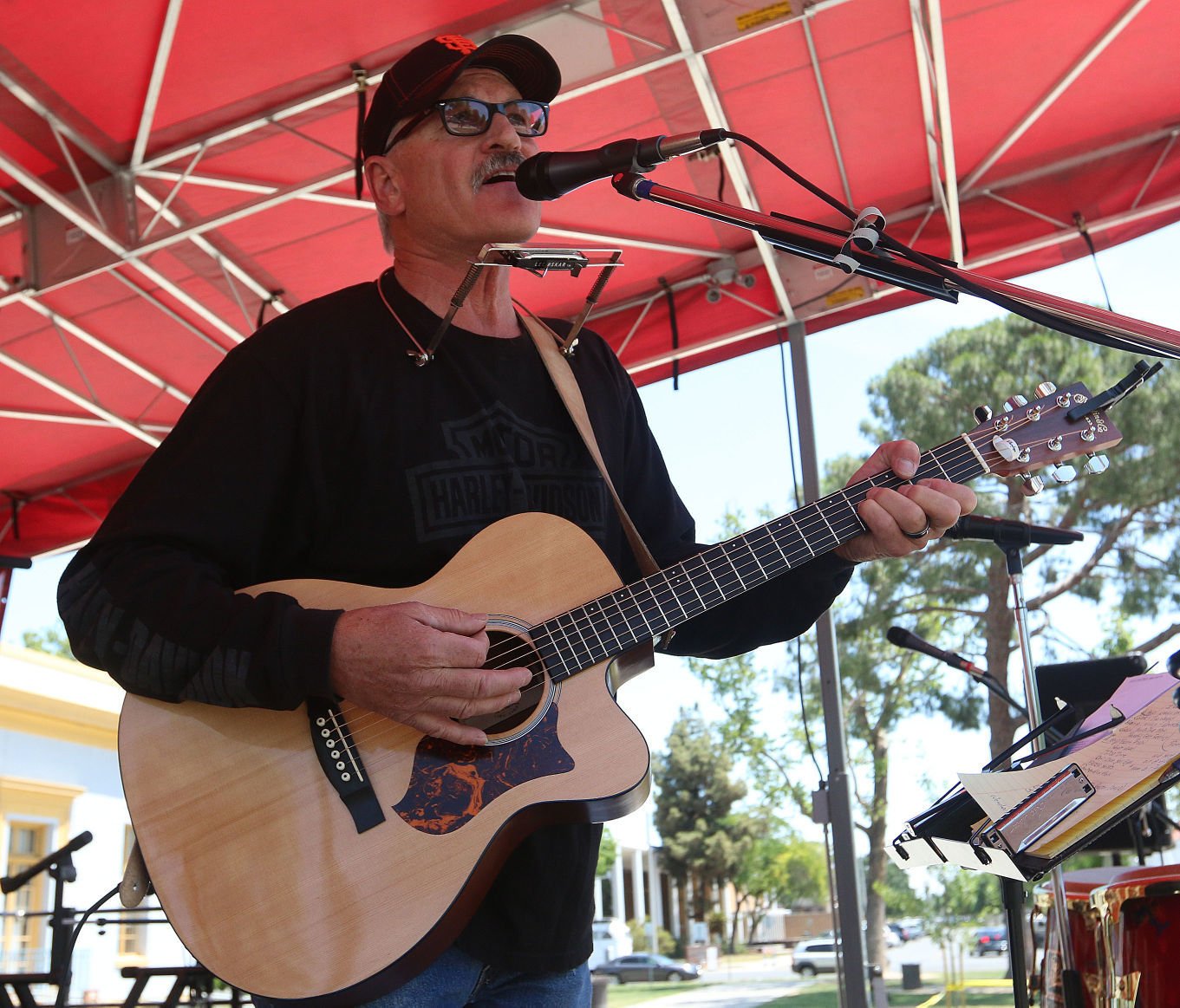 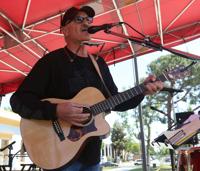 Rowdy Yates sang for the crowd during the Pioneer Days event on Saturday afternoon.

Bernie and Heather Huerta of Porterville talk to Carol Gregory during the Pioneer Days event on Saturday afternoon.

Rowdy Yates sang for the crowd during the Pioneer Days event on Saturday afternoon.

HANFORD — As the saying goes, everything old is new again and that may be best exemplified by this year’s Kings County Homecoming Pioneer Days.

The annual event has found a new home with the Hanford Carnegie Museum. The museum’s management has taken over organizing efforts from the Hanford Chamber of Commerce.

“We wanted to take it over because we didn’t want to see it fall. It’s our history,” Hanford Carnegie Museum General Manager Patricia Dickerson said.

Dickerson and the other five Pioneer Days board members took on this year’s event on short notice, which led to the event being held from Sept. 17-22 this year, rather than its tradition time of May. The change will be permanent, officials said.

Homecoming Days, renamed Pioneer Days in 2015 and now known as Homecoming Pioneer Days, is a tradition that began in the early 1900s, according to Dickerson, and is a celebration of the pioneers who originally settled Kings County. The county was officially formed in 1893.

The week-long event begins on Monday, Sept. 17, with a dinner to honor those nominated for various awards, including parade Grand Marshal and King and Queen.

Each year, members of the community nominate potential royalty from each of the county’s cities. The couples must be at least 70 years old and have lived in the county for half a century.

The royal couple is chosen based on their contributions to the community and other factors. With two to three couples per city nominated every year, choosing a winner can be a daunting task, Dickerson said.

“It’s not an easy process,” she said.

The award-winners will be named at the Thursday Night Market Place in downtown Hanford on Thursday, Sept. 20.

“There will be some interested surprises that night,” she said. “It’s going to be really awesome.”

Dickerson said that the new titles will be introduced as a way of garnering more youth interest in the annual tradition.

“We need more people involved and one of the ways to do that is to get kids involved in their community and be proud of their history,” she said.

“We want involvement from the younger generation. I can remember doing this when I was a kid,” Pioneer Homecoming Days board member Bernadette Oliveira said.

“At some point, it’s going to be [the youth] that are doing this, because we won’t be around, so if they don’t start now, they’re not going to know what to do,” Dickerson agreed. “It’s been a real challenge, but we think it’s worth it.”

The duo said that communication is the key to engaging the community and that will be their focus ahead of next year’s event.

Saturday, Sept. 22, will be the event’s big culmination and will start at Hanford’s Civic Park with a free pancake breakfast, provided by the Hanford Elks Lodge from 8-10 a.m.

The parade will take place from 11 a.m. to 1 p.m. and will travel around Seventh, Irwin, Eighth and Douty streets. Judges will select the best parade entrants, which should all prove to be a blast from the past.

“We’re going back in time for this one. Nothing modern,” Dickerson said, adding that attendees should see horses, buggies, wagons and maybe some vintage automobiles. Nothing made after 1940 will be shown in the parade.

The Olde Fashioned Carnival will fill the park from 1:30-6:30 p.m. and the evening will end with dancing to live music provided by Timothy Mattos and Macey Blues.

Next year, many of the old traditions may see a return, like multiple-purpose buttons, the beard-growing contest and a  “mandatory” old west dress code that, if broken, could land you “jail” until a friend or family member pays a small donation to set you free.