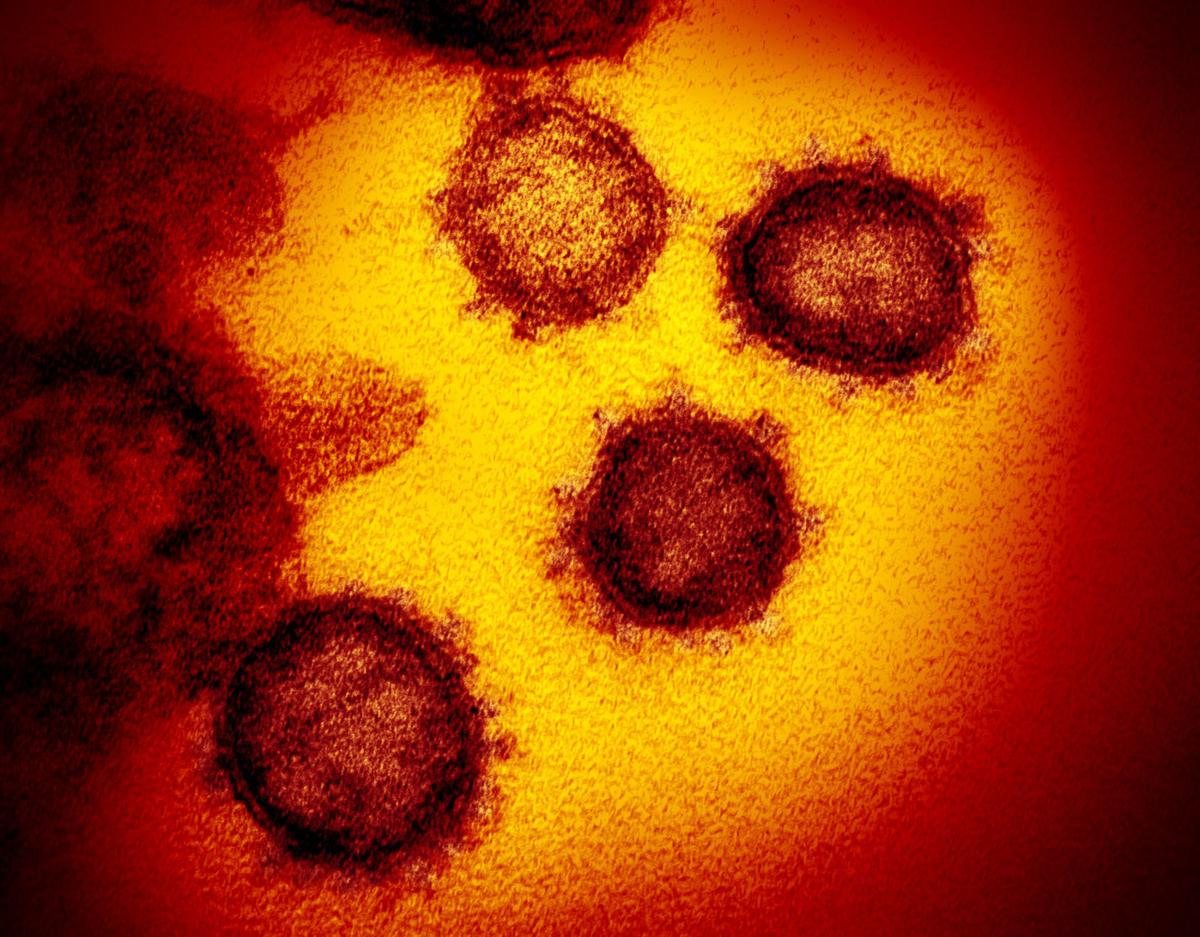 A microscope image shows SARS-CoV-2, the virus that causes COVID-19, isolated from a patient in the U.S., emerging from the surface of cells cultured in the lab. 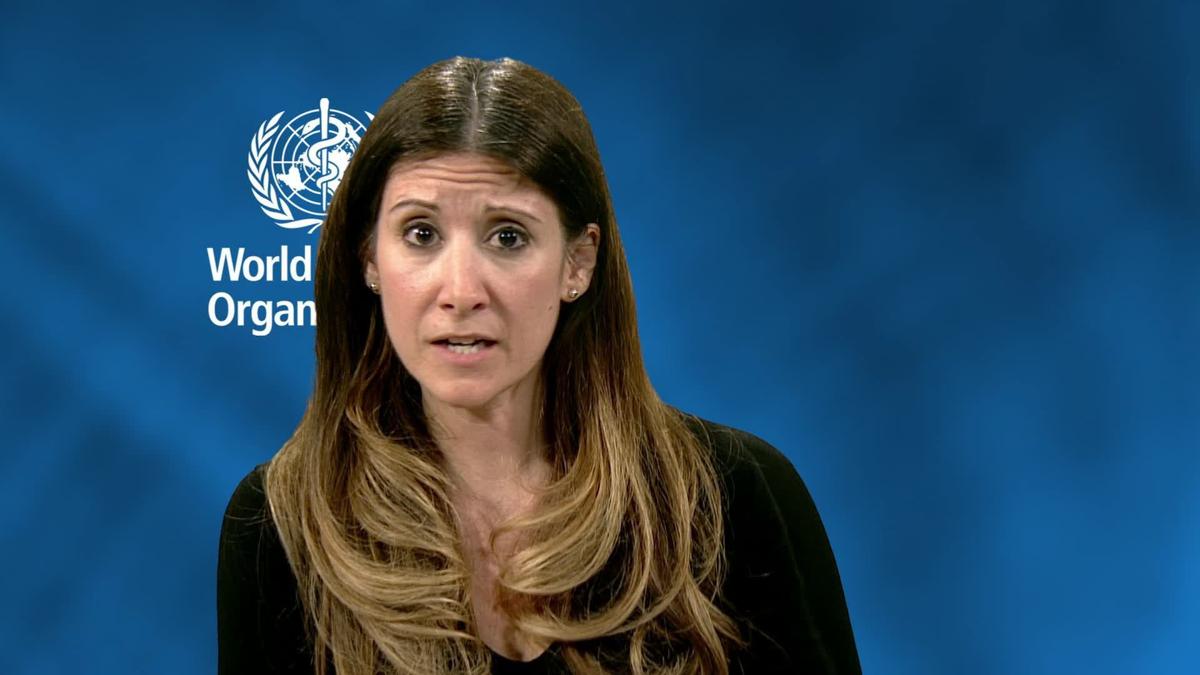 Maria Kerkhove, WHO's technical lead for coronavirus response and head of its emerging diseases and zoonoses unit

The World Health Organization tried on Tuesday to clear up confusing comments about how often people can spread the coronavirus when they do not have symptoms.

The organization held a live Q&A on its social media pages to address questions about comments made by a WHO official that suggested asymptomatic people only rarely spread Covid-19.

The comments appeared to directly contradict guidance from public health organizations, including the US Centers for Disease Control and Prevention, which have said about a third of coronavirus infections may be asymptomatic. The CDC also estimates that 40% of coronavirus transmission is occurring before people feel sick, meaning they are presymptomatic.

But it may boil down to how one defines "asymptomatic."

'There are so many unknowns'

Maria Van Kerkhove, WHO's technical lead for coronavirus response and head of its emerging diseases and zoonoses unit, said during a media briefing in Geneva on Monday that "it still seems to be rare that an asymptomatic person actually transmits onward to a secondary individual."

But then on Tuesday, during the live Q&A, she clarified "this is a major unknown."

"The majority of transmission that we know about is that people who have symptoms transmit the virus to other people through infectious droplets -- but there are a subset of people who don't develop symptoms, and to truly understand how many people don't have symptoms, we don't actually have that answered yet," Van Kerkhove said.

On Monday, Van Kerkhove had said that what appear to be asymptomatic cases of Covid-19 often turn out to be cases of mild disease.

"When we actually go back and we say how many of them were truly asymptomatic, we find out that many have really mild disease," Van Kerkhove said on Monday.

"They're not quote-unquote Covid symptoms -- meaning they may not have developed fever yet, they may not have had a significant cough, or they may not have shortness of breath -- but some may have mild disease," Van Kerkhove said. "Having said that, we do know that there can be people who are truly asymptomatic."

Van Kerkhove added that she was referring to reports from WHO member states when she made her comments on Monday.

"What I was referring to yesterday in the press conference were very few studies -- some two or three studies that had been published that actually try to follow asymptomatic cases, so people who are infected, over time, and then look at all of their contacts and see how many additional people were infected," Van Kerkhove said.

"And that's a very small subset of studies. So I was responding to a question at the press conference. I wasn't stating a policy of WHO or anything like that," she said. "Because this is a major unknown, because there are so many unknowns around this, some modeling groups have tried to estimate what is the proportion of asymptomatic people that may transmit."

How the virus spreads

Dr. Mike Ryan, executive director of the WHO Health Emergencies Program, also said during the live Q&A that there is still much to learn about the possible asymptomatic spread of the coronavirus.

"Whatever proportion of disease is transmitting from asymptomatic individuals, as Maria said, that is unknown," Ryan said.

"I'm absolutely convinced that that is occurring. The question is how much," he said. "There's much to be answered on this. There's much that is unknown."

Whether someone is presymptomatic or or simply experiencing very mild symptoms is not of importance to the person on the receiving end of the transmission, said Dr. William Schaffner, a Vanderbilt University professor and longtime adviser to the CDC.

"I thought they were getting very prissy and trying to slice the salami very fine," Schaffner said about WHO's comments on Monday on asymptomatic spread.

"You can be vertical and feel 100% or virtually 100% and going about your daily business and unaware that you're infected and perfectly capable transmitting the virus," Schaffner said. "How do we inhibit transmission of the virus by these people who are doing their full range of normal activities? The answer is social distancing and wearing masks and good hand hygiene and stay away from crowds. That's the formula."

Liam Smeeth, professor of clinical epidemiology at the London School of Hygiene and Tropical Medicine, said that he was "quite surprised" by Van Kerkhove's original comments.

"It goes against my impressions from the science so far that suggest asymptomatic (people who never get symptoms) and pre-symptomatic people are an important source of infection to others," Smeeth said In a written statement distributed by the UK-based Science Media Centre on Tuesday.

"This is the main basis for steps such as self-isolation and lockdown -- steps we know, from yesterday's two Nature papers have massively reduced the numbers of people infected and have prevented millions of deaths globally," he said. He was referring to research that estimates shutdown measures through early April prevented more than 500 million coronavirus infections across six countries.

"There remains scientific uncertainty, but asymptomatic infection could be around 30% to 50% of cases," Smeeth said. "The best scientific studies to date suggest that up to half of cases became infected from asymptomatic or pre-symptomatic people."

CNN's David Williams and Elizabeth Cohen contributed to this report.

Sign up now to get the most recent coronavirus headlines and other important local and national news sent to your email inbox daily.

Movie theaters around the world are preparing to reopen — even if it means only a few titles on the marquee and showings limited to as little as 25% capacity. Dr. Anthony Fauci reflects on how quickly the coronavirus spread. Get caught up here.

A microscope image shows SARS-CoV-2, the virus that causes COVID-19, isolated from a patient in the U.S., emerging from the surface of cells cultured in the lab.

Maria Kerkhove, WHO's technical lead for coronavirus response and head of its emerging diseases and zoonoses unit