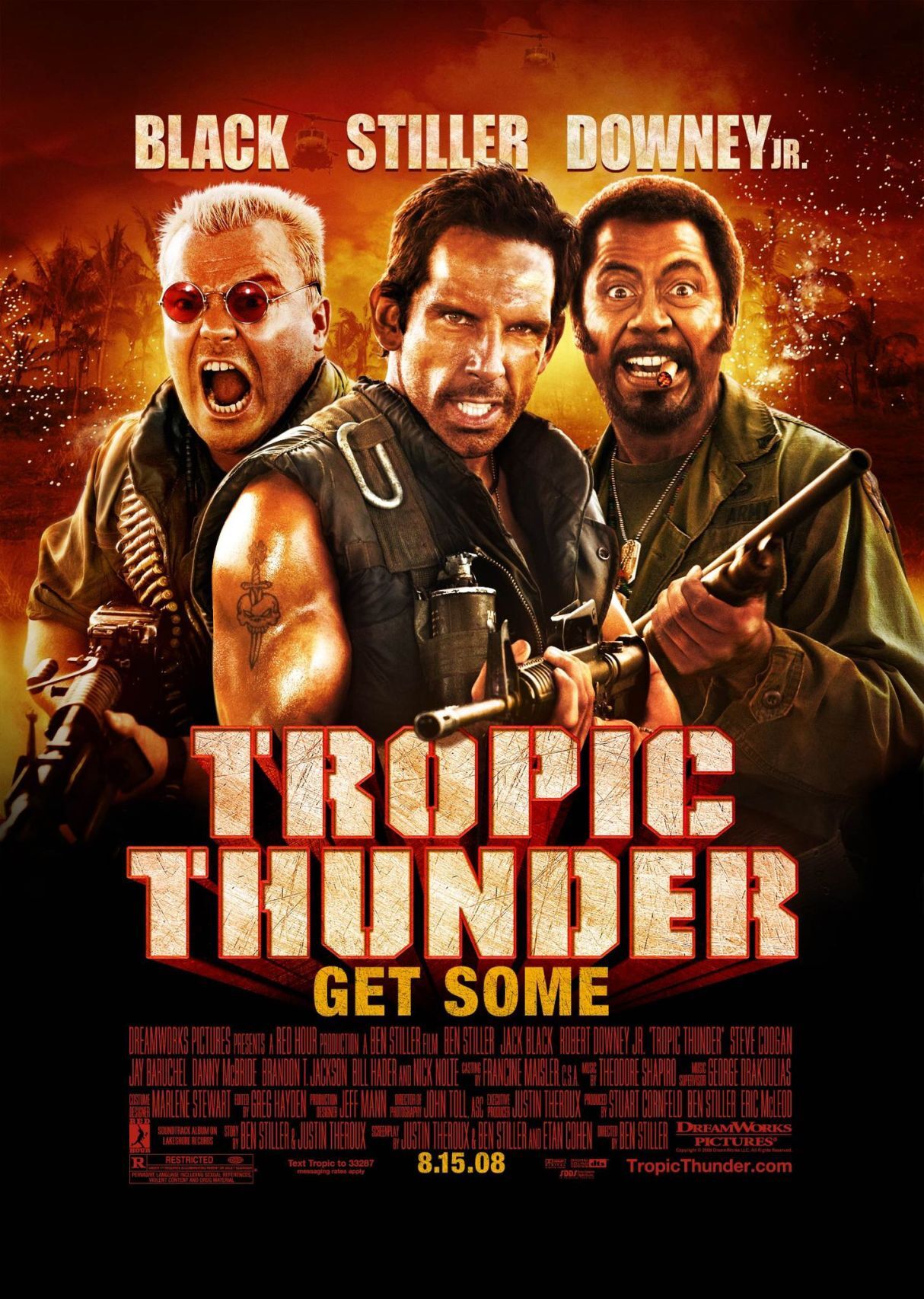 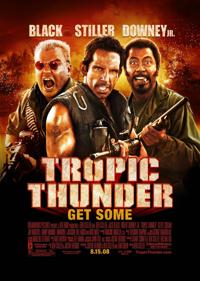 The poster for the Ben Stiller film, "Tropic Thunder" is shown.

The poster for the Ben Stiller film, "Tropic Thunder" is shown.

“I know who I am!  I’m the dude playin’ the dude disguised as another dude!!!”

That is one of the most quotable lines from 2008’s “Tropic Thunder” and it perfectly encapsulates the overarching theme of a movie where a group of Hollywood archetypes get lost in Southeast Asia while filming a Vietnam-era war movie.

It is a movie within a movie with actors playing fictional actors.  The cast includes Robert Downey Jr. as an Australian Oscar-winner, Jack Black as an overweight comedian known for raunchy movies where he plays all the characters akin to Eddie Murphy’s “Nutty Professor” (1996).

“Tropic Thunder” starts off with convincing faux trailers advertising films starring the fictional actors before the DreamWorks logo appears and segues into the films opening.  The explosive action depicts a 1969 Vietnamese battleground as American helicopters fly in for a rescue operation.

The script quickly flips as the emotionality of the scene breaks down and Ben Stiller’s Tugg Speedman — an action star archetype — has difficulty crying opposite RDJ’s intentionally overacted performance.  The camera pulls back to reveal the actors and set crew.

This opening sequence shows just how meta the movie is.  The typical Hollywood tropes are on full display in a film written, directed, produced by, and starring Stiller.  The “actors” are all prima donnas in their own right with inflated egos and personalities clashing hilariously on set.

Many of the jokes — which landed just fine in mid- to late-2000s — wouldn’t fly with the humorless sensitivities of today’s audiences.  Which is sad.  Despite the profanity, much of the film’s tone feels like it would be right at home in the hands of someone like Mel Brooks.

One particular running gag is Downey Jr.’s performance as Kirk Lazarus; as a “method actor” he goes through a medical procedure after being cast as the fictional marine platoon’s African-American staff Sergeant.  The bit creates some of the “on-set” tension with a rapper-turned-actor played by Brandon T. Jackson, an actual African-American actor.

While that kind of performance might seem tasteless today, the Academy of Motion Pictures didn’t think so; RDJ was nominated for Best Supporting Actor in 2009, losing to Heath Ledger who posthumously won for his work on “The Dark Knight.”

The writing tightly pokes fun at mainstream Hollywood.  Film producers and their lackeys are made to look as cutthroat and over the top as possible.  The actors are total pansies who really have no idea what they’re doing when they get lost in the jungle.

Beyond the actors already named, the cast boasts an impressive supporting cast including Matthew McConaughey, Nick Nolte, Bill Hader, and Steve Coogan.  There are other cameos that appear as nods to dialogue references.  But the standout is Tom Cruise’s appearance as film producer Les Grossman.

Cruise was practically unrecognizable under the burly fat suit, bald cap, and facial prosthetics.  Audiences recognize the voice but can’t place it until the end credits roll.  It’s vulgar and over the top, which is uncharacteristic for many of Cruise’s performances.

If one looks beneath the surface the humor and jokes still land as “Tropic Thunder” lambastes Hollywood and its ilk.  Just don’t watch it with children around.

“Tropic Thunder” is available on Blu-Ray, DVD, and digital streaming through Prime Video.