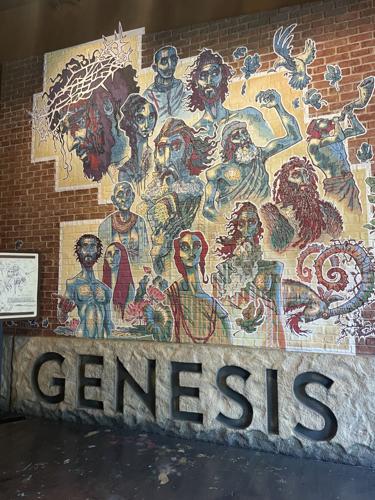 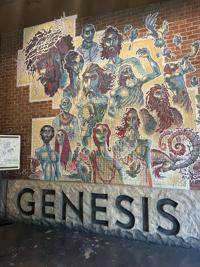 Artwork at the Creation Museum is shown. 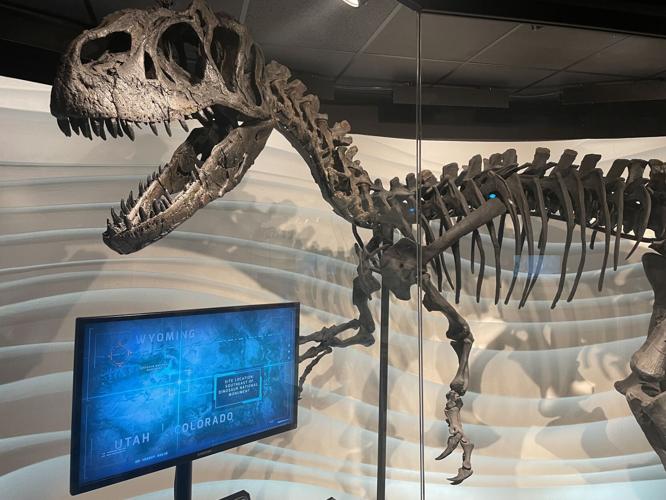 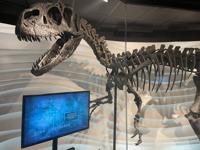 A fossilized skeleton of a dinosaur is on display at The Creation Museum. 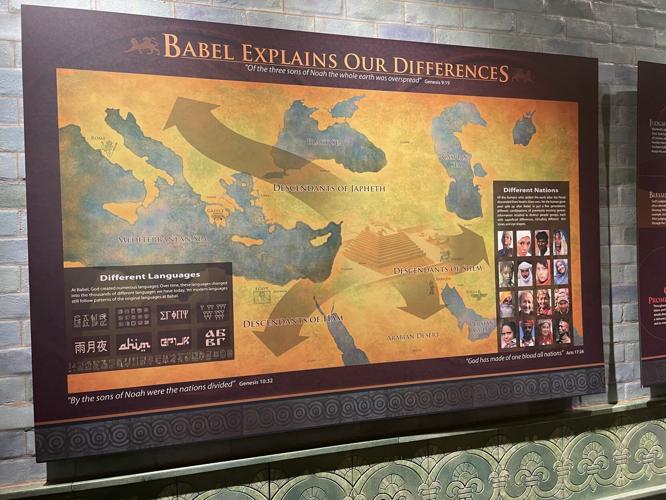 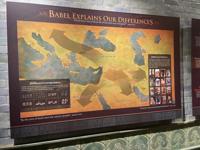 A part of an exhibit at The Creation Museum is shown. 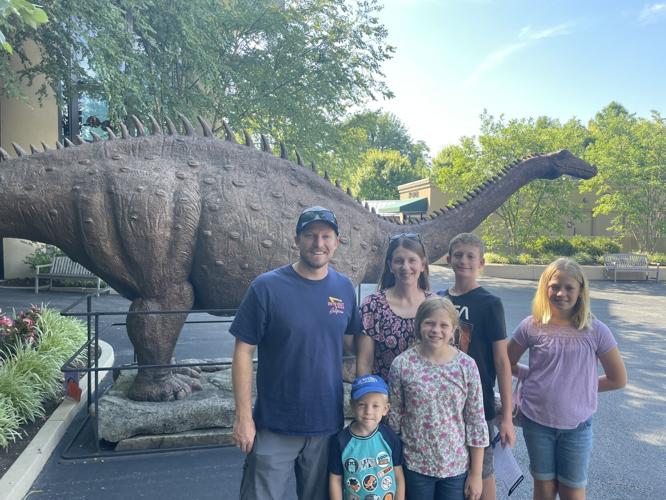 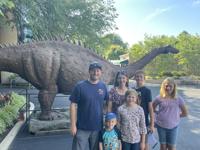 The Dinkins family visits The Creation Museum in Kentucky. 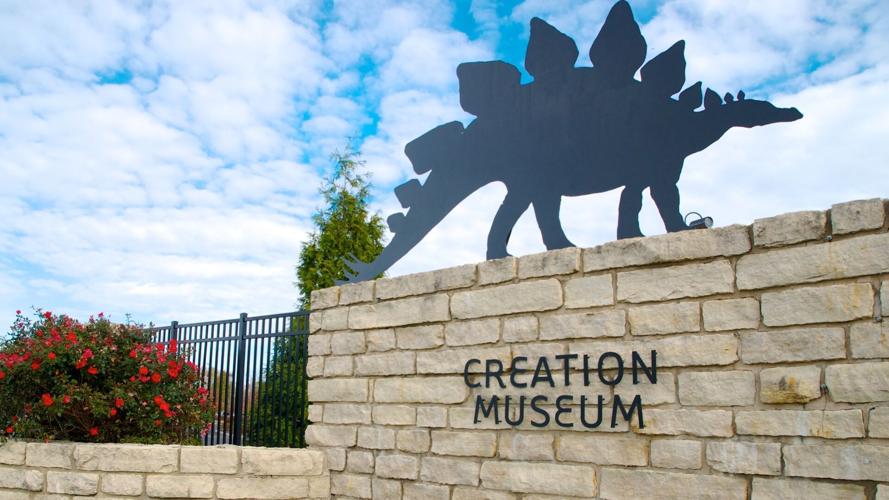 The Creation Museum in Kentucky is shown.

Artwork at the Creation Museum is shown.

A fossilized skeleton of a dinosaur is on display at The Creation Museum.

A part of an exhibit at The Creation Museum is shown.

The Dinkins family visits The Creation Museum in Kentucky.

The Creation Museum in Kentucky is shown.

This article is a continuation of last week’s story about my family’s trip to Kentucky to see two of Answers in Genesis (AiG) attractions: the Ark Encounter and the Creation Museum. We have already looked at the former so this week I will give a summary of the latter.

The Creation Museum is located less than an hour north of the Ark Encounter in Petersburg, Kentucky. I was expecting a smaller campus that would be made up of a parking lot and several buildings. I had no idea  the grounds of the Creation Museum would be so nice. It reminded me of other botanical gardens I have visited in southern California and Europe. The different gardens, the lake, zip lines, and a large playground provide an enjoyable context to the actual museum.

The Creation Museum starts with an exhibit about dragons. This is somewhat surprising because the Bible has so little to say about them. Clearly someone at AiG is fascinated with these mythical beasts. Personally, I think it works as a creative way to draw visitors in to a museum which is like no other on the planet.

The main hallway has an impressive interior with a huge skeleton of a woolly mammoth. The entrance opens up to a planetarium, gift store, and a 3D theater. Someone at our church was kind enough to give us guest passes to the museum so we were able to see the exhibits and the planetarium for free.

The Planetarium is unlike anything I have ever experienced. It is a large room with a concave ceiling that doubles as a projector screen. Instead of hearing about a universe that is billions of years old, the planetarium show explains that God created all the stars and planets on the fourth day. The projector shows awe-inspiring images of galaxies and stars that exist all over the universe. The show ends with a dramatic depiction of a camera zooming in on the earth from the very farthest part of the universe. Watching the solar system stream past my eyes was a powerful reminder of how limitless the creator of the universe is. There is no way to grasp how many stars exist, which is a fitting illustration of how there is no way to grasp the grandeur of our God. I wish every church could have a similar exhibit to show people just how small we are in comparison to the world that God has made.

After seeing the planetarium we started in on the exhibits. We saw some fascinating depictions of the six days of creation. I never get tired of trying to grasp how God could have created the world in such a remarkable way. The museum does an excellent job of giving a literal interpretation of Scripture. It highlights the importance of marriage as a supernatural institution that God gave to humanity from the very beginning. There is also a powerful exhibit that casts doubt on the evolutionary theory that humanity evolved from apes. The exhibit is done in a very tasteful way that does not lambast other theories. It reveals an alternate explanation that is much more positive and encouraging than the popular view that dehumanizes people into a type of animal.

My daughters really liked the exhibit called the “Miracle of Life”. It shows detailed images and models of how a human life comes into existence. Seeing high definition images of a baby boy or girl at 30 days after conception is incredibly powerful. The museum is planning on expanding that section in the coming months and I think it will become one of the most visited sections of the museum.

My sons really enjoyed the section on insects. It is remarkable to see beetles, bugs, and insects from all over the world. The amount of detail required to design each of them is difficult to grasp. Once again the glory of God is seen in his creation. I was especially impressed with the butterflies and moths. Some of the colors are so vibrant it seems impossible that they could come into existence naturally. The same is true with the camouflage of some of the insects. There is no way to explain the perfect complexity of the designs by saying it came from evolutionary changes over time. I much prefer the Creation Museum’s explanation of an infinitely powerful God who lovingly created an earth with unique qualities and colors.

After finishing the exhibits and viewing the gift store, we took time to walk around the garden. I was grateful that AiG has invested in top quality playgrounds at both locations because all of our kids spent a considerable amount of time running, jumping, and riding down the slides and zip lines. If we had more time I would have loved to go on the climbing courses and zip lines that are available about both locations.

In summary, my main takeaway from both parks was that they exist to glorify God. The Ark Encounter is a dramatic landmark that shows a strong belief in a literal interpretation of Scripture. I agree with Ken Ham’s statement that the first eleven chapters in Genesis are foundational to the rest of Scripture. If a non-literal interpretation is chosen for the beginning of the Bible, then the confidence of the reader is quickly eroded. Visiting the Ark is an encouraging exercise in faith building. It reminds the visitor that Biblical faith is not blind. Those who believe in the Bible are not trusting in fairy tale depictions of the Flood. They are using scientific observation to study what has been revealed in the Bible to interpret what can be seen in the world around us.

The same thing is true at the Creation Museum. When the visitor sees the universe depicted on the screen there is no doubt that someone greater that humans had to create it. How else could something so expansive come out of nothing? The Creation Museum gives a reasonable case for how a creative God made the universe and that is not something that can easily be dismissed by believer and skeptic alike.

Tim Dinkins can be reached for questions and comments at timothydinkins@gmail.com.