Ken Burns' documentary "Country Music" will screen at the Saroyan Theatre in Fresno. 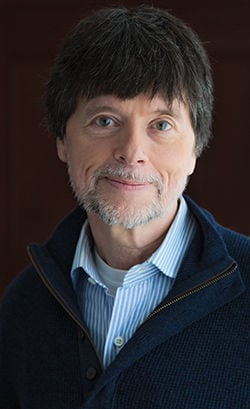 Ken Burns' documentary "Country Music" will screen at the Saroyan Theatre in Fresno.

FRESNO — Documentarian Ken Burns is bringing is new film to the Central Valley.

ValleyPBS is proud to announce that two Valley towns, Fresno and Bakersfield, will be part of a 30-city national tour for the upcoming documentary for PBS: "Country Music." These events mark Ken Burns’s first public appearance in the Valley.

The 30-city national roadshow tour will precede the broadcast with the intent to spark conversation about this uniquely American art form and the people who created it.

The Ken Burns Country Music Roadshow will be held on July 25 at the Saroyan Theatre in Fresno. This event will present a preview screening of the film Country Music followed by a Q & A with director Ken Burns, writer/producer Dayton Duncan and producer Julie Dunfey.

Event Tickets and VIP Meet and Greet tickets are on sale now. Tickets are available online at https://valleypbs.org/countrymusic. The events have been made possible locally with the support of Harris Construction, San Joaquin Valley Town Hall and Bank of America.

Country Music digs deep to uncover the roots of the music, including ballads, minstrel music, hymns and the blues, and its early years in the 1920s, when it was called “hillbilly music,” and was recorded for the first time and played across the airwaves on the radio station barn dances. It explores how Hollywood B-movies instituted the fad of singing cowboys like Gene Autry and shows how the rise of juke joints after World War II changed the music style by bringing electric and pedal steel guitars to the forefront.

The film witnesses the rise of bluegrass music with Bill Monroe and reveals how one of country music’s offspring — rockabilly — evolved into rock and roll in Memphis. Throughout, the documentary focuses on the constant tug of war between the desire to make country music as mainstream as possible and the periodic reflexes to bring it back to its roots.

As Burns and Duncan weave together the musical stories, they connect the history of county music to the larger story of America, looking at how artists and songwriting reflected periods of depression, war and cultural upheaval, and how radio and later television impacted the art form. The series also tells the story of how Nashville came to be not only the epicenter of the country music industry, but Music City USA.

At the film’s heart are the stories of unforgettable songs and the artists who created them: their emergence from humble beginnings, their musical influences and their breakthrough moments. The film explores the extraordinary connection between country music artists and fans and notes the enduring influence of particular songs and musicians across generations. The narrative ends in the mid-1990s as a young Garth Brooks emerges from a small venue in Nashville to achieve phenomenal success, brings country music to an entirely new level of popularity, and he shows up to sign autographs for more than 20 hours at the Country Music Association’s Fan Fair.

Duncan, Burns and Dunfey spent eight years researching and producing the film, conducting interviews with more than 100 people, including 40 members of the Country Music Hall of Fame (17 of those interviewed have since passed on).

Watch the trailers for the film at: https://www.pbs.org/show/country-music.

A preview screening of Ken Burn's "Country Music" and roadshow is scheduled for 6 p.m. Thursday, July 25, at the Saroyan Theatre in Fresno.