Tim and Carol Folks pose with the 1941 Chevy Coupe that they owned in the 1950s. 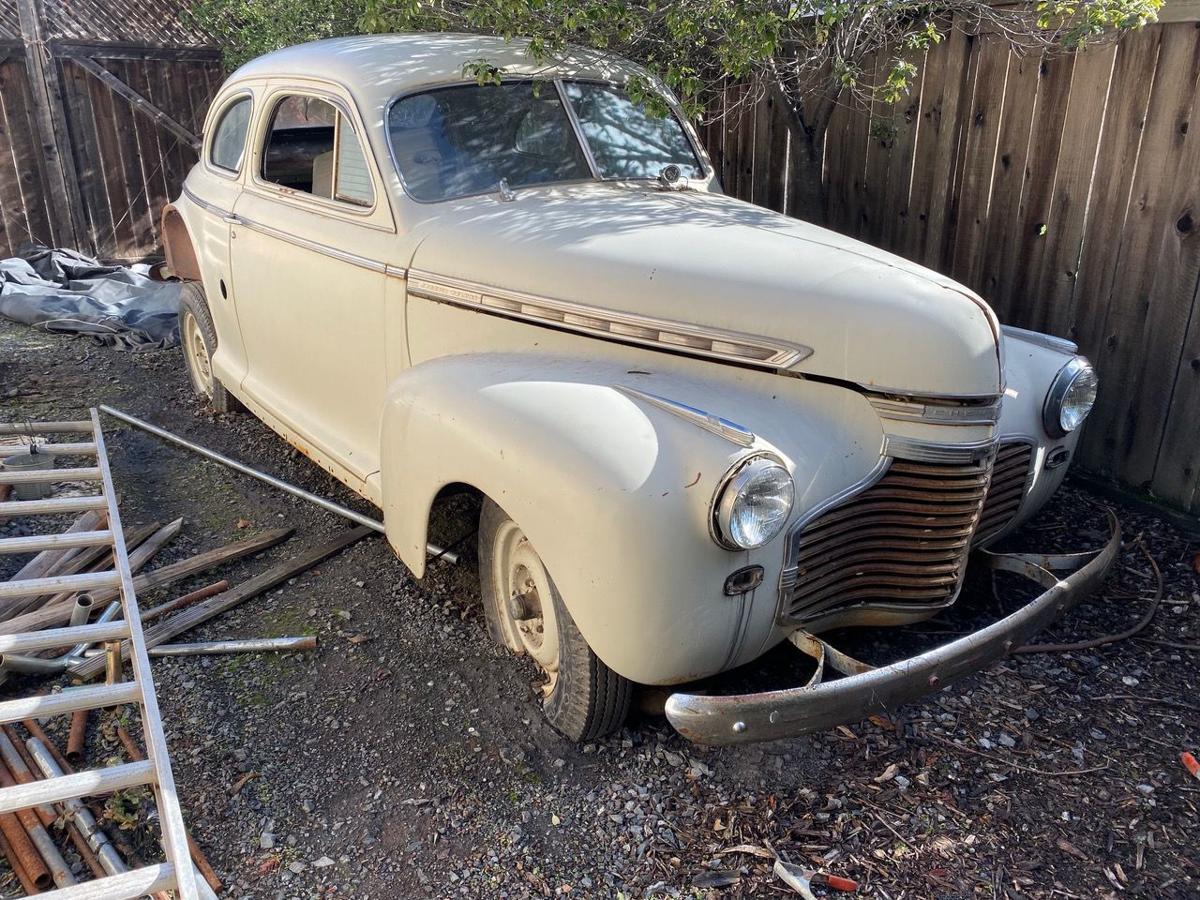 A 1941 Chevy Coupe has been reunited with the couple that owned it while attending Coalinga High School in the 1950s.

Tim and Carol Folks pose with the 1941 Chevy Coupe that they owned in the 1950s.

A 1941 Chevy Coupe has been reunited with the couple that owned it while attending Coalinga High School in the 1950s.

HANFORD — One local couple will soon go on a joyride nearly 80 years in the making.

As a 60th anniversary gift from friends and family, Tim and Carol Folks will soon find themselves cruising around in the 1941Chevy they fell in love in.

“It brings back memories,” Carol said.

The car, a Special Deluxe Business Coupe, was purchased by Tim in high school. After being the main ride for him and his future wife, the car has been out of operation, passing between owners and falling into disrepair for decades.

“It never got scrapped,” Tim said. “I don’t know how it made it. It’s a miracle that as much as it’s been through, it’s in the shape it is.”

Grady Harp, family friend and owner of Porch’s Garden Shop in Hanford, is helping to restore the vehicle for the couple.

Inviting Tim to his garage to see a “new project,” Grady unveiled the car, surprising Tim with the automobile he had not seen in decades.

“It’s literally an old dream coming true,” Harp said, adding that when Tim saw the car, he shed a tear or two out of the joy of being reunited with what he called the most reliable car he ever owned.

Tim may remember it slightly differently, though.

“I just had something in my throat,” Tim joked.

Tim, originally from Coalinga, bought the car in the mid-50s, paying just $100. He worked for the previous owner at a rate of $1 per hour to pay the car off, and though he was ultimately fired from that job, he was still able pay the debt.

It may not be a stretch to say that the coupe is the reason the Folks are together. Though they both attended Coalinga High School, they lived about 45 minutes away from each other, so the coupe proved to be the perfect wingman, bringing them together after school and on weekends.

The couple was split in their memory of the first place they went together in the coupe, but said that it was probably either a high school function or the now-defunct Coalinga Drive-In to catch a double feature.

Due to not being able to properly register the vehicle about 45 years ago, the Folks let the vehicle go. It moved around the state, exchanging hands multiple times before being given to their grandson — collecting dust and rust in Santa Rosa.

Now, for the couples’ 60th anniversary, the car will get new life with a new interior, new brakes and a clean engine.

Harp estimates that the car, now properly registered, will be out on the road in about two months.

When asked where the couple will go in their first joyride in the car in decades, Tim had the perfect answer.