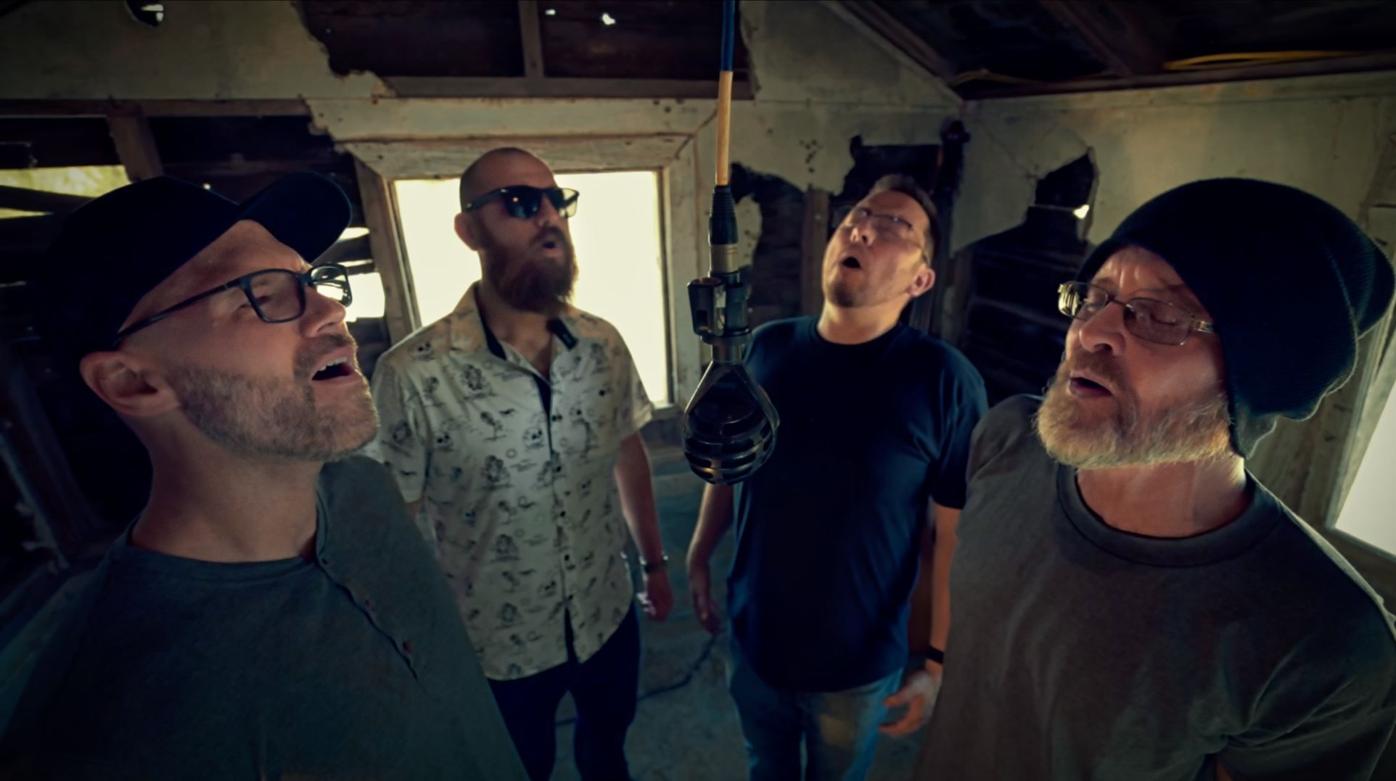 Mike Jacobs, Tommy McCarthy, Dustin Medeiros and Ryan Hakker of Poor Man's Poison lay down the vocals in the music video for "Give and Take," one of the tracks in their new EP "In the End." 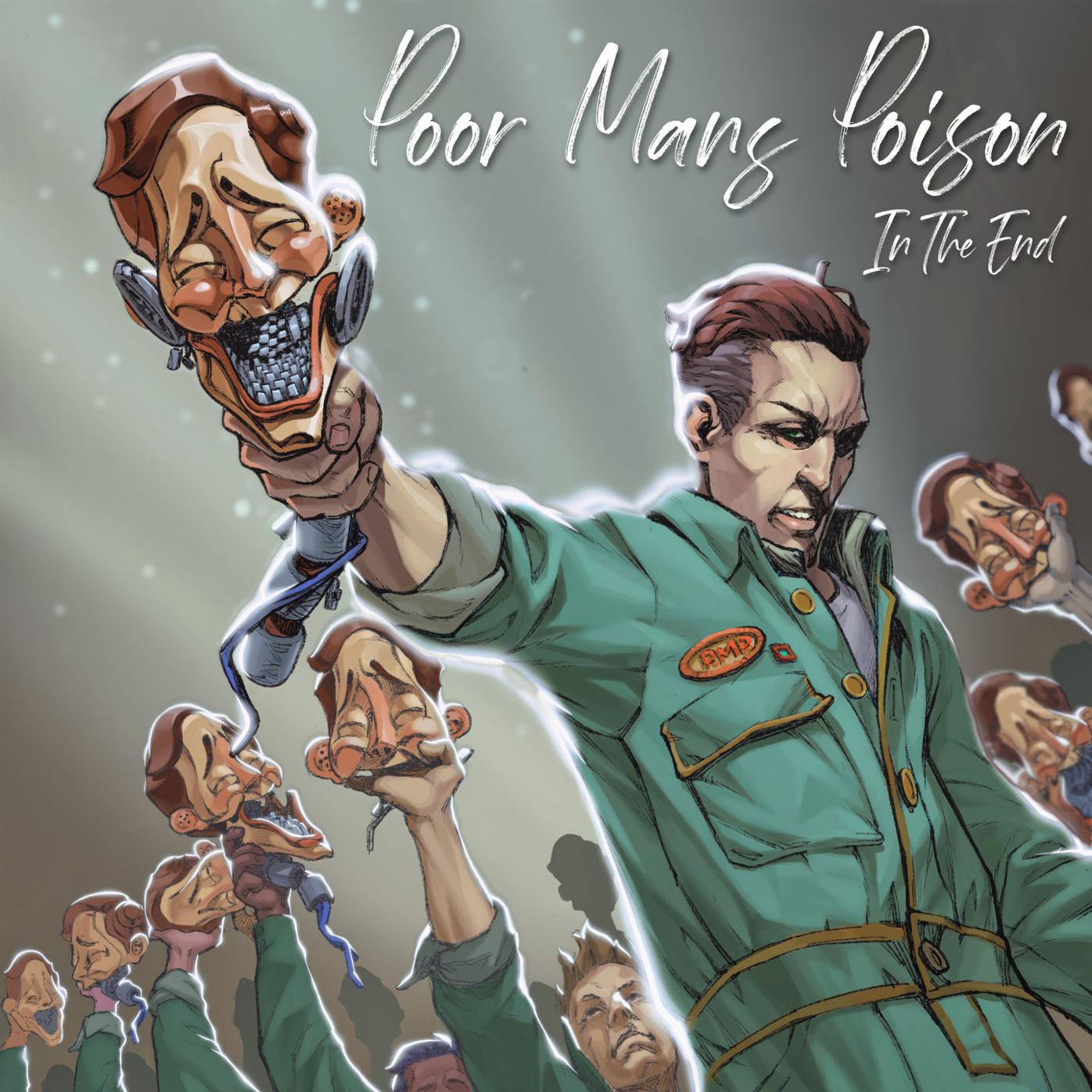 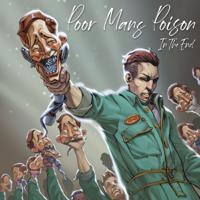 Cover art for "In the End," the latest EP from Poor Man's Poison. Artwork by Egor Grositskiy.

Mike Jacobs, Tommy McCarthy, Dustin Medeiros and Ryan Hakker of Poor Man's Poison lay down the vocals in the music video for "Give and Take," one of the tracks in their new EP "In the End."

Cover art for "In the End," the latest EP from Poor Man's Poison. Artwork by Egor Grositskiy.

Hoping to keep the momentum going after their viral hit “Feed the Machine,” the Hanford band Poor Man’s Poison has released a new EP, which includes part two of the story.

Released in late August, “In the End” — which combines elements of country, folk and bluegrass — features three songs, anchored by the track “Give and Take.” According to the band, this song in particular was written to be a sequel and a resolution to “Feed the Machine,” itself a cynical commentary on the climate surrounding the last year.

Around the time they released their final album, “Providence," in 2014 the band announced that they'd be going on hiatus.

While the members of Poor Man’s Poison may have been focusing on their day jobs, their music took on a new life with the help of streaming and sites like Pandora. Their songs were lumped into suggestion algorithms and playlists with similar bands, introducing them to new listeners and a wider audience.

In 2019, with some hesitation, Poor Man’s Poison ended their hiatus and released a new single, “Hell’s Comin’ with Me.” They also took a new approach to how they handled their recordings, as individual songs were more likely to get picked up by listeners as opposed to entire albums. With that in mind, they went all out.

“Because of our lives now, we had to take a different approach to how we were writing and how we were recording, and because we couldn’t play shows, we just wanted to go over the top and put everything into every song,” Medeiros said. “And we knew that most of the stuff was happening from a single song – most of the people weren’t listening to albums anymore – the way music was happening was different.”

The next year, “Feed the Machine” came out. Boosted by cover art by Egor Grositkiy, it quickly gained traction, and exploded in popularity around the time of the 2020 Elections. Currently, it has over 8.5 million views on YouTube. It’s also served as an outlet for other creators to play around with, including fan-made remixes and animations.

In February, the band started work on “In the End,” in which they decided to take a risk with more songs, a theatrical feel, and an intro and outro to the EP. Grositskiy returned to provide the artwork.

As for a return to live performances, they’re interested, but want to make sure the circumstances are right. With more work put into production on the albums, the utilization of additional instruments and other elements to replicate their sound onstage is needed.

“Doing what we’re doing now is like being a band all over again,” McCarthy said.

All four currently have careers outside their music: Medeiros is a registered nurse at Kaweah Health Medical Center, and is in training to become a nurse practitioner; Hakker is a plumber; Jacobs is part-owner of a wedding venue and invests in real estate; and McCarthy works at his brother’s earth moving business.

Meanwhile, the band continues to get messages from listeners worldwide, relating to them how their music has connected with them in their own lives and struggles. According to the band, that alone makes it all worthwhile

“What was good for us with the break was to step back and realize what gives you that inspiration, what drives that creativity to come out? That would definitely be the personal connection… hearing someone’s story,” Jacobs said. “It turned into a job for us for a while and we didn’t realize what a cool thing we were doing, and took it for granted.”

Jacobs also said they are grateful to the people and fans in Hanford, who helped make them who they are.