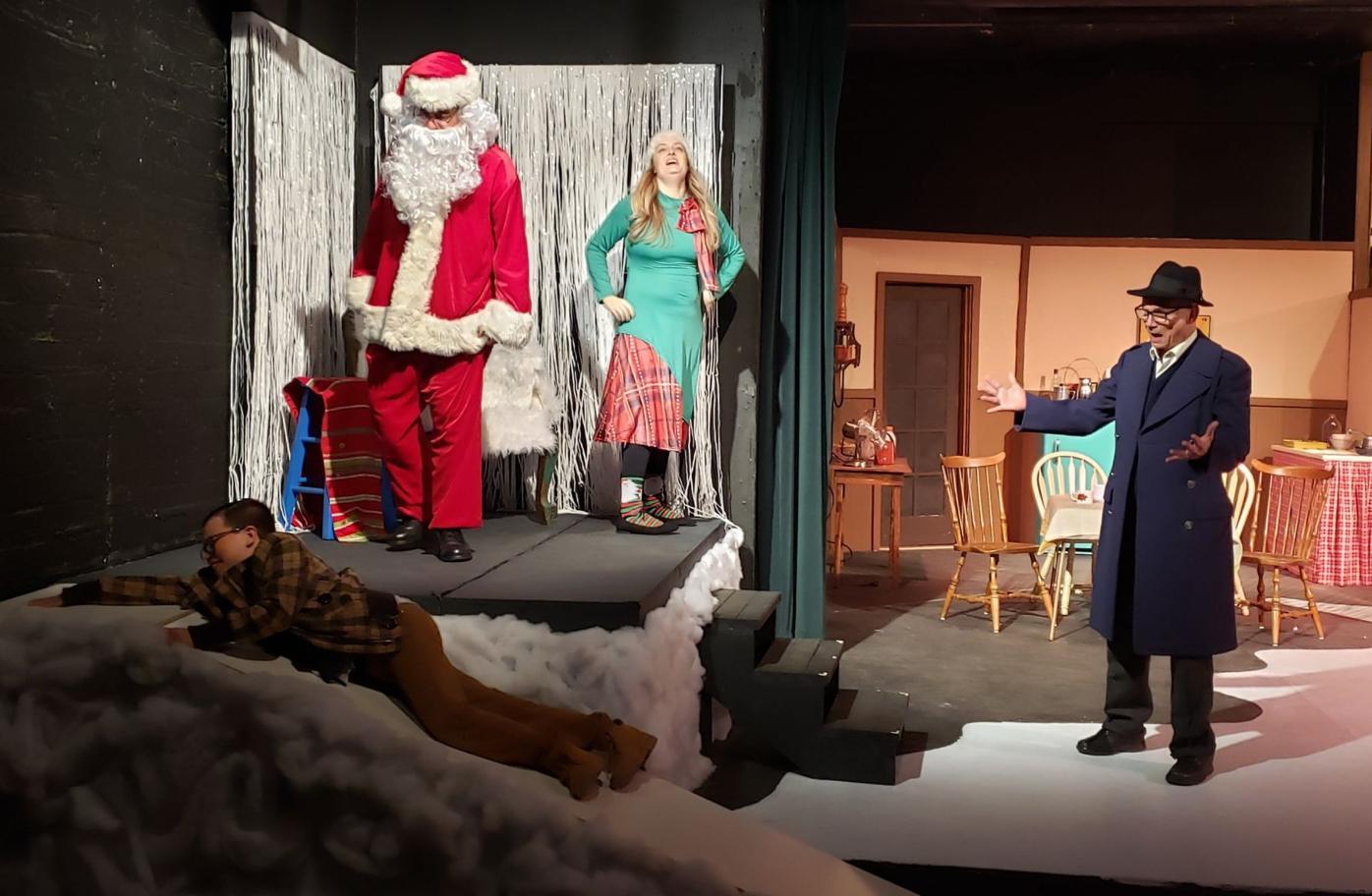 From left to right, Henry Van Gemert, Robert Simpkins, Kylee Robinson and Karl Schoettler rehearse for "A Christmas Story," which opens this weekend at the Ice House Theater in Visalia. 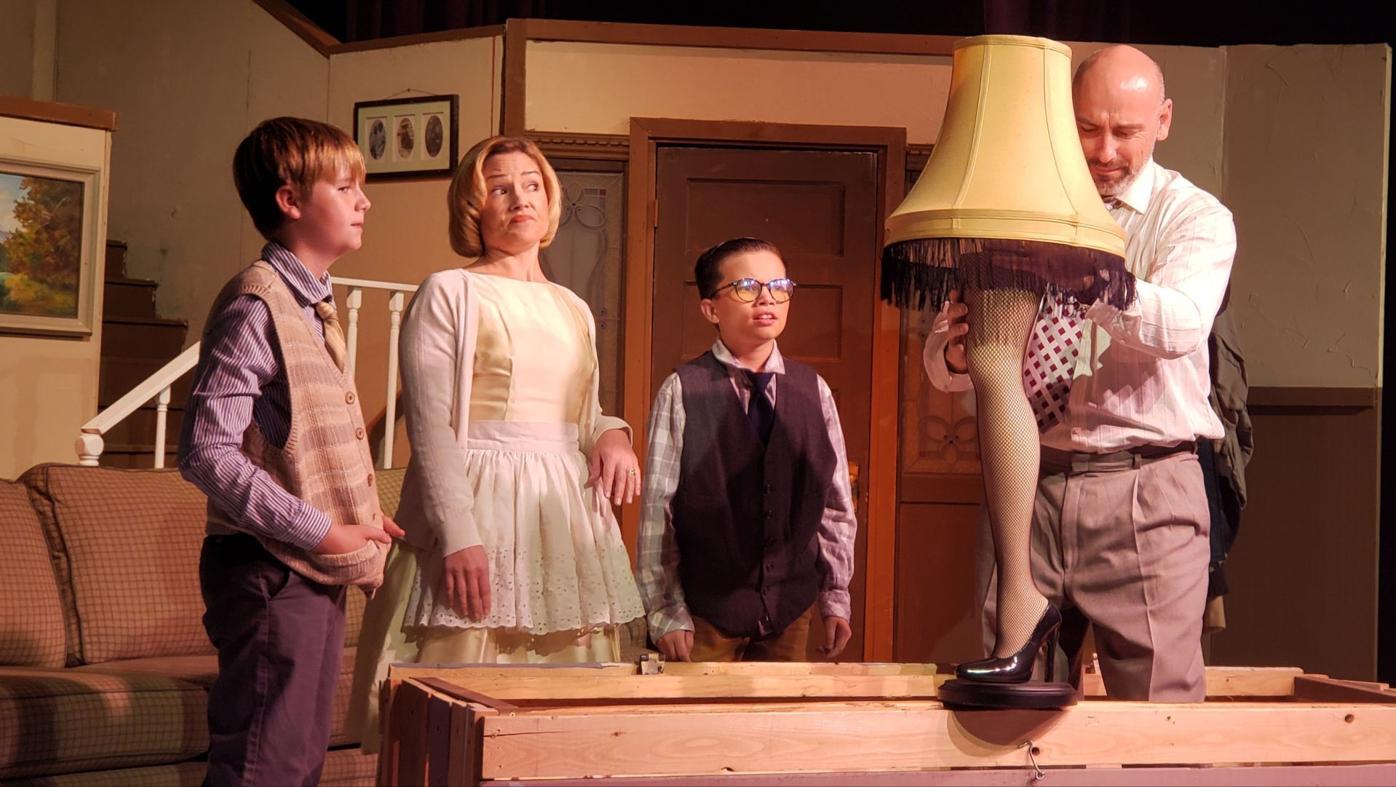 The cast of "A Christmas Story" rehearses with the infamous leg lamp Wednesday at the Ice House Theater. 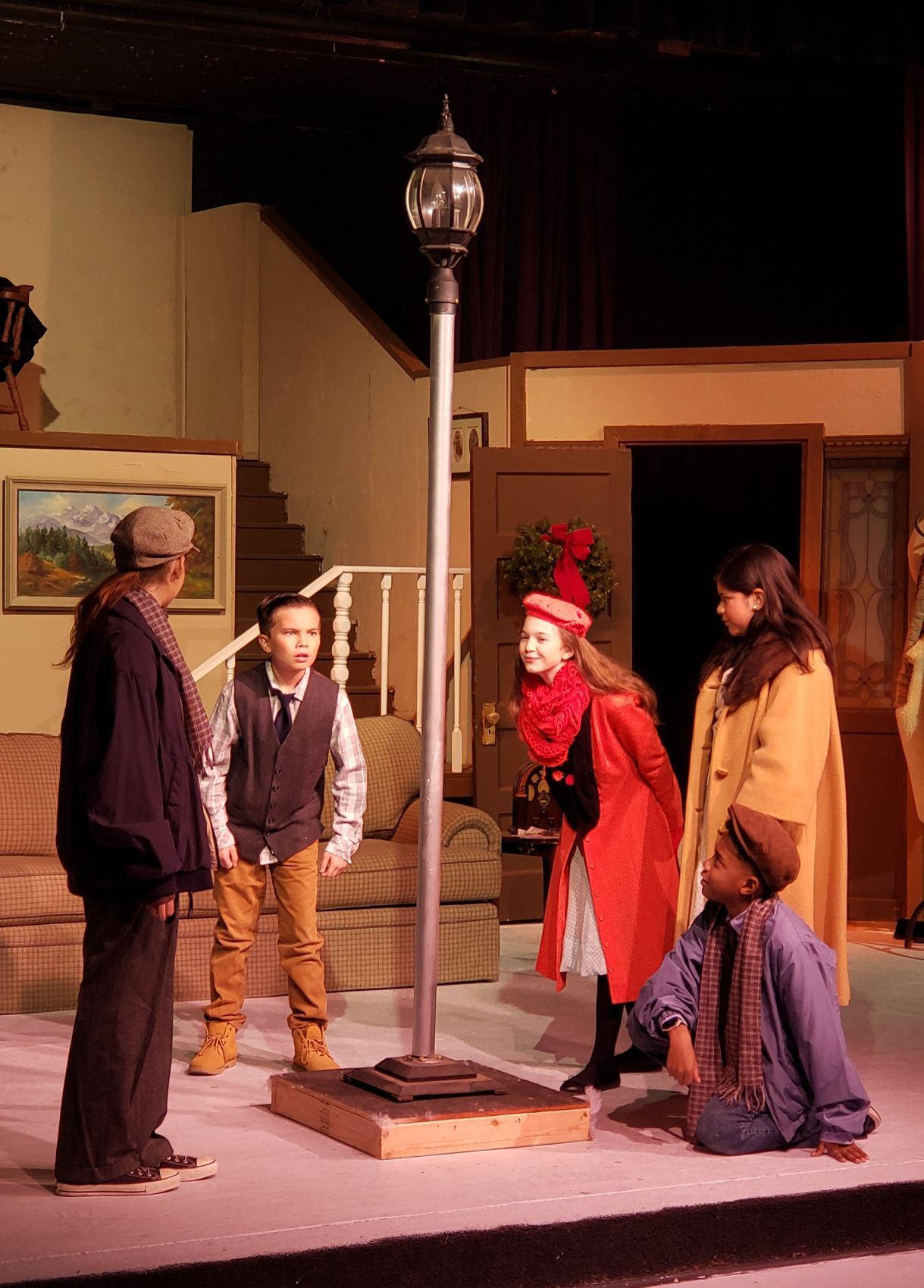 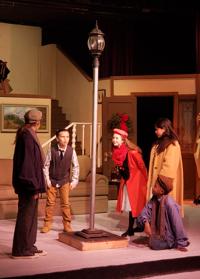 The cast of "A Christmas Story" rehearses at the Ice House Theatre Wednesday evening.

From left to right, Henry Van Gemert, Robert Simpkins, Kylee Robinson and Karl Schoettler rehearse for "A Christmas Story," which opens this weekend at the Ice House Theater in Visalia.

The cast of "A Christmas Story" rehearses with the infamous leg lamp Wednesday at the Ice House Theater.

The cast of "A Christmas Story" rehearses at the Ice House Theatre Wednesday evening.

Everyone can relate to little Ralphie’s singularly-minded Christmas wish list.

While we may not want an official Red Ryder, carbine action, 200-shot range model air rifle specifically (we’d end up shooting our eye out after all), we’ve all had laser-focused Christmases where a Pikachu, a new guitar, PlayStation or even a Caribbean cruise would make or break the holiday.

The Visalia Players will detail Ralphie’s relatable Christmas obsession in the stage version of the cult classic film, “A Christmas Story” through Dec. 19.

“I like making people laugh and I like to laugh,” 13-year old Henry Van Gemert said. Van Gemert, of Hanford, plays Ralphie, a youngster navigating the quirks and eccentricities of the simpler time that is Christmas in 1940s suburban Ohio.

Van Gemert, like his mother and co-star Christa Reiber, is a veteran actor at the Temple Theater in Hanford, but will take to the Visalia Player’s stage at the Ice House Theater for the first time. The young actor said that he’s excited about the chance to practice his craft again, after a COVID pandemic-induced hiatus.

“It’s nice to get out of the house and create something,” he said, adding that he’s relishing the fact that director Kelly Ventura lets him try new things and ad lib in an effort to find his character. If you see the show, watch out for the scene where Ralphie shakes his friend, Randy, during a silly argument — that’s an in-the-moment Van Gemert ad lib that has stuck, the actor noted.

Upon snagging the role of Ralphie, Van Gemert and his mother — who appropriately plays Ralphie’s mother in this production — sought out the classic 1983 Bob Clark comedy, which they had never seen. They are now fans, though Reiber pointed out that she thinks the stage show is better.

Fans of the film will be pleased to see many of the iconic scenes brought to life on the Ice House Theater stage.

“You’ll shoot your eye out,” “Oh, fudge,” and the infamous scene where a dare involving a tongue and a frozen flag pole ends in inevitably painful — though hilarious — results will all be recreated, as well as Ralphie’s memorable meeting with Santa.

“I never thought I’d have a scene where I have to cling to a slide for dear life,” Van Gemert said, of the laugh-riot set piece that sees the children of the cast tossed down a slide dismissively into the front row by a surly department store elf.

This production mirrors the story itself, as it’s about family. Not only does Van Gemert get to act with his mother, but there are multiple parent-child actor pairings in the cast, including Robert Simpkins — who plays four different characters — and son, Nicholas, as well as Tami and daughter, Stevie Mason.

The show, which opened Friday, will run weekends through Dec. 19, with evening shows at 7:30 p.m. Fridays and Saturdays and 2 p.m. matinees on Sundays.

For more information or to buy tickets, visit www.visaliaplayers.org or call 559-734-3900.