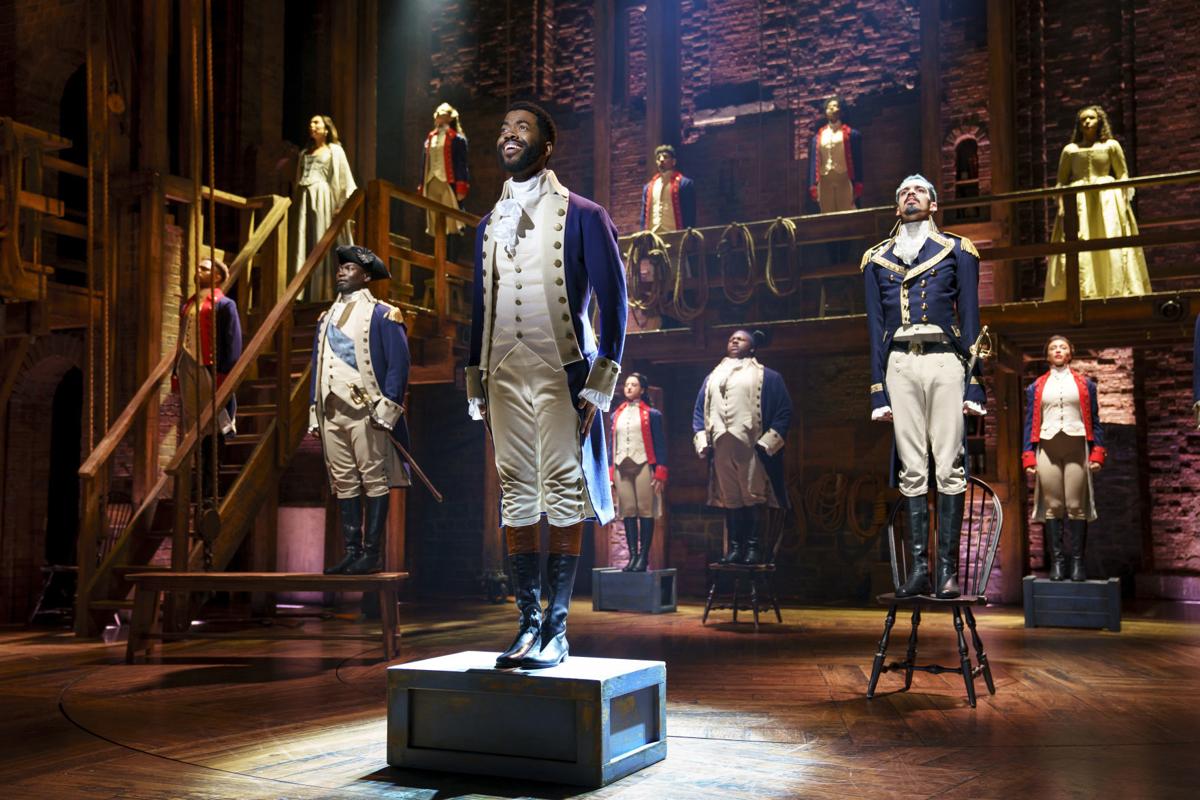 "Hamilton" comes to the Saroyan Theatre this season. 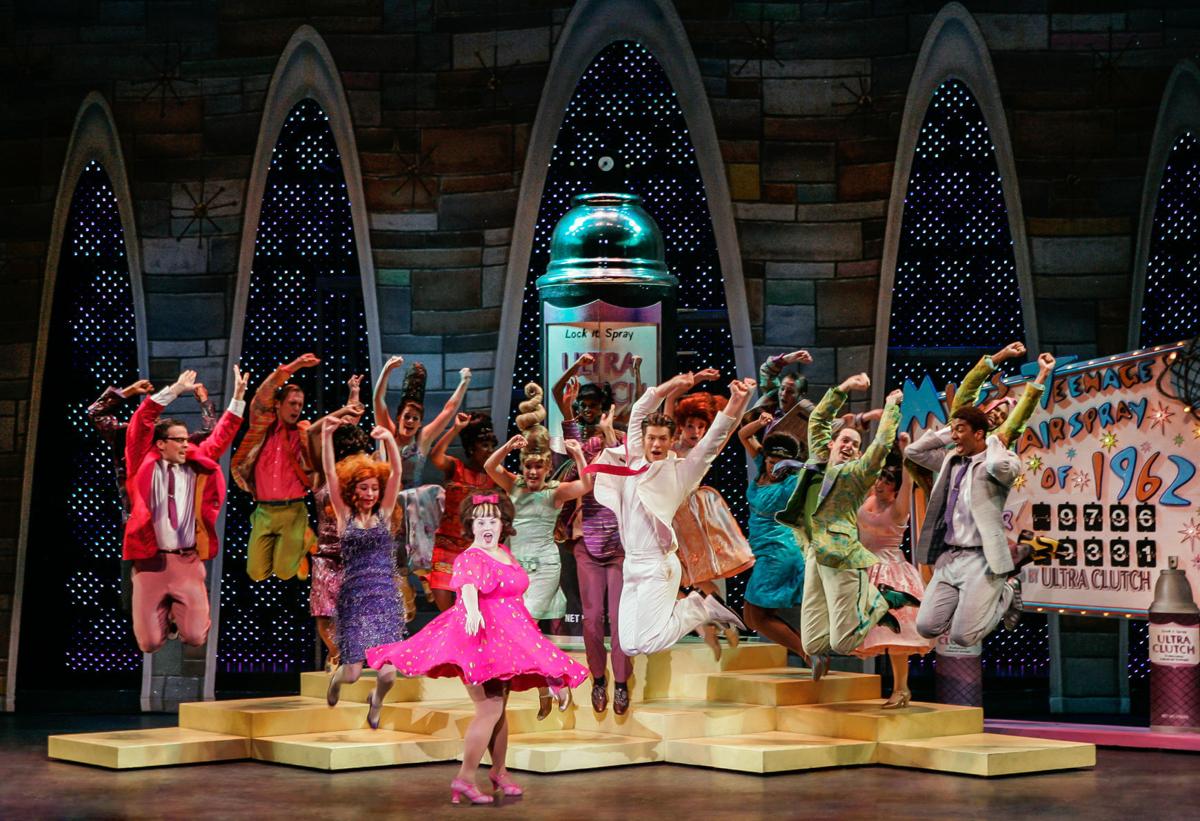 "Hairspray" comes to the Saroyan Theatre as part of the 2020/2021 Broadway in Fresno season. 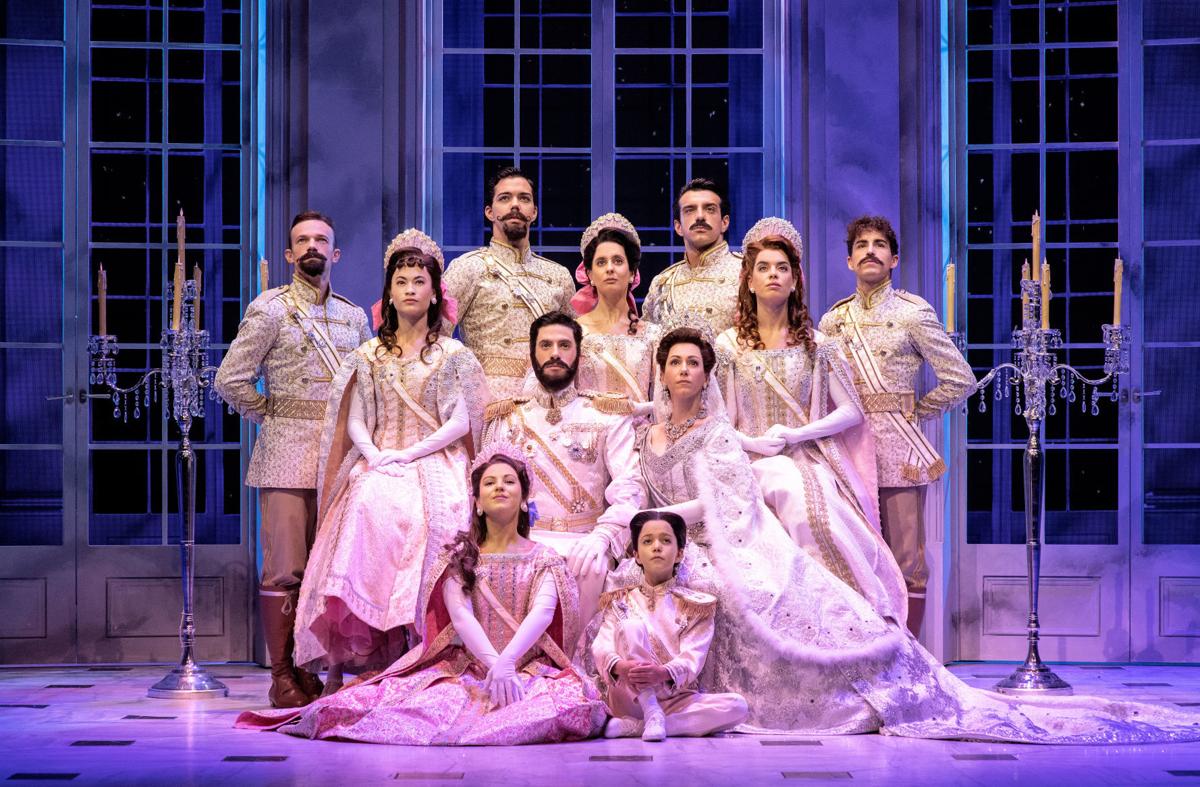 "Anastasia" comes to the Central Valley as part of the Broadway in Fresno 2020/2021 season. 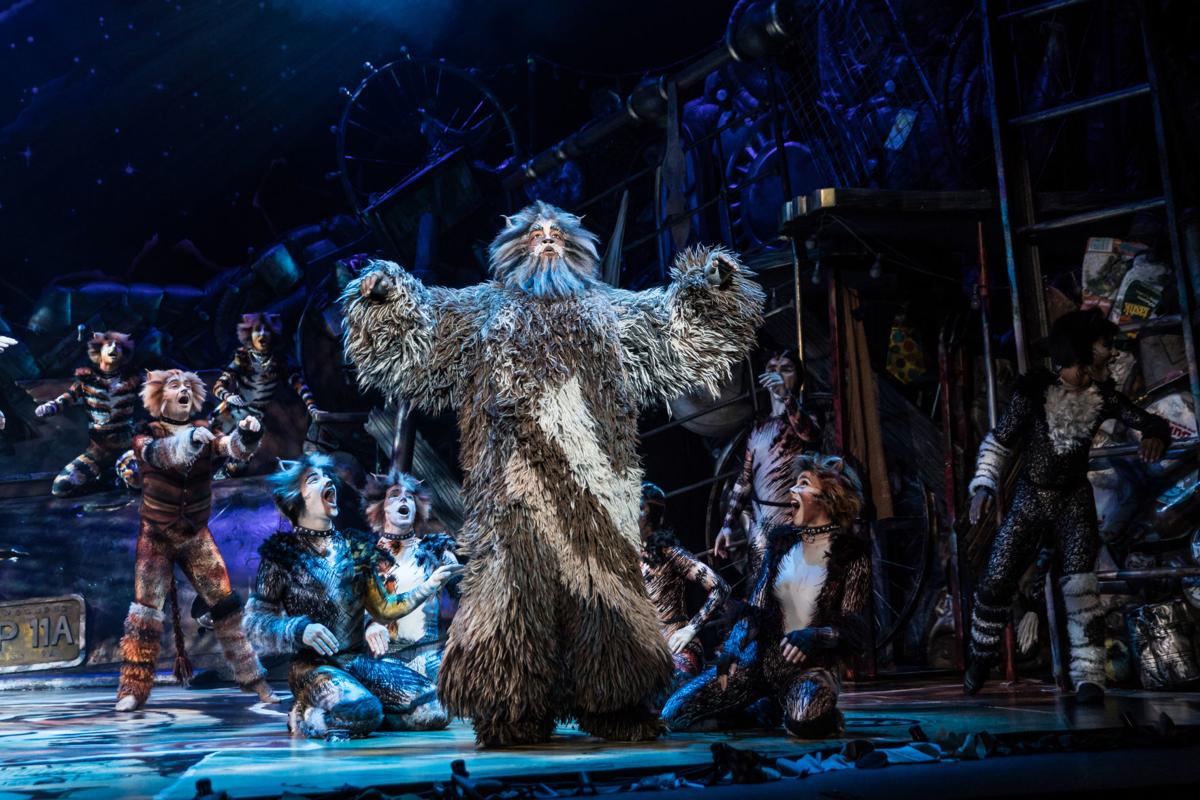 Brandon Michael Nase stars as Old Deuteronomy in "Cats," which will come to the Saroyan Theatre this season.

FRESNO — The 2020/2021 Season brings two hotly anticipated debut engagements as well as two treasured favorites. Subscription Renewals are on sale now and new subscriptions will be available in late May.

“This winter a new season begins as we welcome four thrilling productions to Fresno’s Saroyan Theatre” said Anne Francis, Vice President- West Coast of Broadway Across America. “Our Broadway community is strong and we look forward to welcoming subscribers, groups, and patrons from all over the Central Valley to enjoy and experience live theater in the upcoming Season.”

The season kicks off with "Cats" — the beloved musical with breathtaking music — including one of the most treasured songs in musical theater, “Memory”, followed by the romantic and adventure-filled new musical "Anastasia." In March brings "Hamilton," which features a score that blends hip-hop, jazz, R&B and Broadway, to tell the story of American founding father Alexander Hamilton. The season wraps up in April with Broadway’s Tony Award-winning musical comedy phenomenon "Hairspray."

For more information and to sign up be notified when new subscription purchases become available, visit BroadwayinFresno.com.

"Cats," the record-breaking musical spectacular by Andrew Lloyd Webber that has captivated audiences in over 30 countries and 15 languages, is now on tour across North America!

Audiences and critics alike are rediscovering this beloved musical with breathtaking music, including one of the most treasured songs in musical theater—"Memory.” Winner of seven Tony Awards including Best Musical, "Cats" tells the story of one magical night when an extraordinary tribe of cats gathers for its annual ball to rejoice and decide which cat will be reborn. The original score by Andrew Lloyd Webber (The Phantom of the Opera, School of Rock, Sunset Boulevard), original scenic and costume design by John Napier (Les Misérables), all-new lighting design by Natasha Katz (Aladdin), all-new sound design by Mick Potter, new choreography by Andy Blankenbuehler (Hamilton) based on the original choreography by Gillian Lynne (Phantom) and direction by Trevor Nunn (Les Misérables) make this production a new "Cats" for a new generation!

Inspired by the beloved films, the romantic and adventure-filled new musical "Anastasia" is on a journey to Fresno at last.

From the Tony Award-winning creators of the Broadway classic Ragtime, this dazzling show transports us from the twilight of the Russian Empire to the euphoria of Paris in the 1920s, as a brave young woman sets out to discover the mystery of her past. Pursued by a ruthless Soviet officer determined to silence her, Anya enlists the aid of a dashing conman and a lovable ex-aristocrat. Together, they embark on an epic adventure to help her find home, love, and family.

"Hamilton" is the story of America then, told by America now. Featuring a score that blends hip-hop, jazz, R&B and Broadway, "Hamilton" has taken the story of American founding father Alexander Hamilton and created a revolutionary moment in theatre — a musical that has had a profound impact on culture, politics, and education. With book, music, and lyrics by Lin-Manuel Miranda, direction by Thomas Kail, choreography by Andy Blankenbuehler, and musical supervision and orchestrations by Alex Lacamoire, "Hamilton" is based on Ron Chernow’s acclaimed biography. It has won Tony, Grammy and Olivier Awards, the Pulitzer Prize for Drama, and an unprecedented special citation from the Kennedy Center Honors.

You Can’t Stop the Beat! "Hairspray," Broadway’s Tony Award-winning musical comedy phenomenon, based on the subversive John Waters cult classic film, is back on tour! Join 16-year-old Tracy Turnblad in 1960's Baltimore as she sets out to dance her way onto TV’s most popular show. Can a girl with big dreams (and even bigger hair) change the world?

Featuring the beloved score of hit songs including “Welcome to the '60s,” “Good Morning Baltimore,” “It Takes Two,” and incorporating “Ladies Choice” from the musical film adaption, "Hairspray" is “fresh, winning, and deliriously tuneful!” (The New York Times).

For tickets or more information

For more information and to sign up to be notified when new subscription purchases become available, visit BroadwayinFresno.com.

Group tickets of 10 or more are available now for all shows.  Please call the Group Sales department for more information at 877-771-5277 or email Groups@BroadwayinFresno.com.

Single tickets for each engagement will go on sale at a later date. Visit BroadwayinFresno.com to sign up for the eClub to be notified of the latest news and on-sale dates.

The 2019/2020 Fresno Lexus Broadway in Fresno series is presented by Broadway Across America with support from Fresno Lexus as the title sponsor and Fresno DoubleTree as the official sponsor hotel.

The schedule for the 2020/2021 Fresno Lexus Broadway in Fresno season is as follows:

By now, it is old news that Kings County, along with most of California, has regressed to the purple category of the state's Coronavirus matri…

TULARE — For the first time in show history, the 2021 World Ag Expo will be an online event February 9-11. Officials at the International Agri…

These are Canada’s names for ‘ding dong ditch’. Others are ‘ring run’ and ‘knock-a-door-run’. Remember when you used to ring someone’s doorbe…

HANFORD — Kings Players of Hanford are continuing their work to provide entertainment to theater patrons of the Central Valley, even though th…

Living on Purpose: A clean heart and a right spirit

The early church began as a small group of Christians who believed in God and the Bible and considered their faith as their highest priority. …

HMTC This Week: Waiting for normalcy, or even just Godot

This morning I found myself thinking about the play "Waiting for Godot" by Samuel Beckett. A rather commonly produced play that was published …

Filmaniacs: Taking a second look at 'Murder on the Orient Express'

Detective movies, TV series, and true crime podcasts are all the rage.  While some procedural programs like the "CSI" franchise have long sinc…

HANFORD — Mike Wolfe, Frank Fritz, and their team are excited to return to California!

HMTC This Week: Grateful for a recent donation

Hanford Multicultural Theater Company recently received a donation from the Hanford Rotary Club. What is amazing is that this organization, du…

"Hamilton" comes to the Saroyan Theatre this season.

"Hairspray" comes to the Saroyan Theatre as part of the 2020/2021 Broadway in Fresno season.

"Anastasia" comes to the Central Valley as part of the Broadway in Fresno 2020/2021 season.

Brandon Michael Nase stars as Old Deuteronomy in "Cats," which will come to the Saroyan Theatre this season.