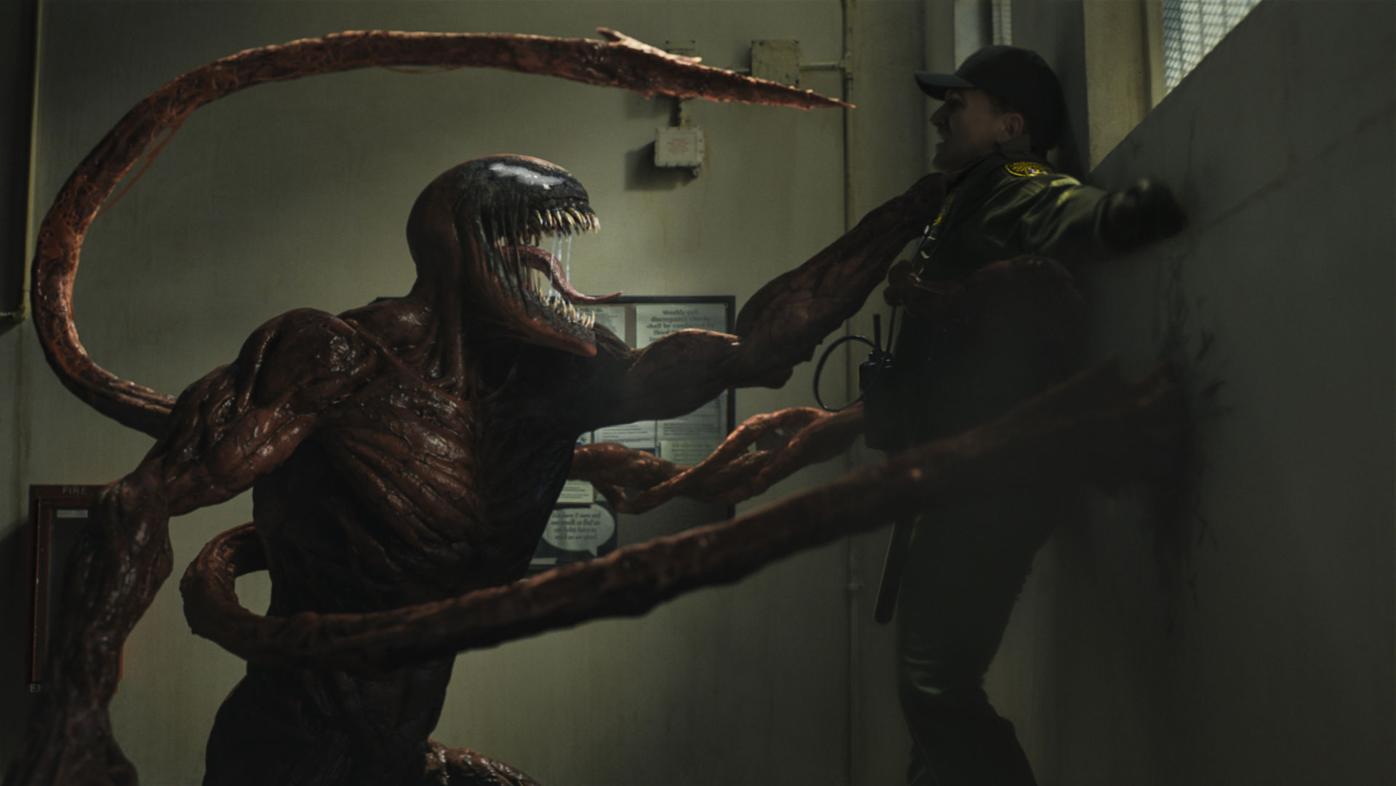 This image released by Sony Pictures Entertainment shows a scene from "Venom: Let There Be Carnage." 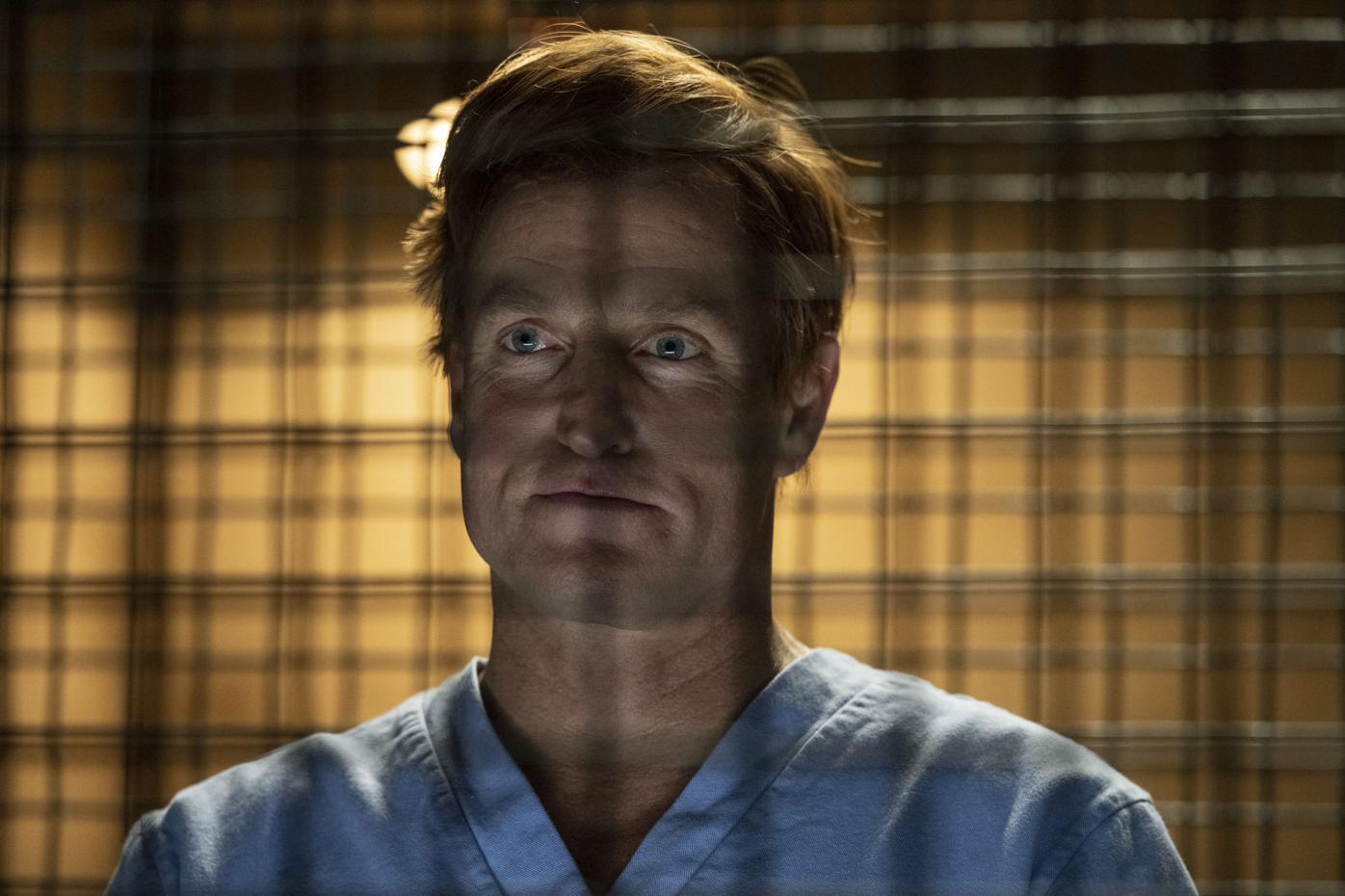 This image released by Sony Pictures shows Woody Harrelson in a scene from "Venom: Let There Be Carnage."

This image released by Sony Pictures Entertainment shows a scene from "Venom: Let There Be Carnage."

This image released by Sony Pictures shows Woody Harrelson in a scene from "Venom: Let There Be Carnage."

It feels like Sony has only one formula for handling sequels in a Spider-Man-related film property: stripping the protagonist of their powers or finding some way to keep them from using their abilities. They did it to Spidey in 2004’s “Spider-Man 2” and have done it again with “Venom: Let There Be Carnage.”

This second outing for the “lethal protector” brings Tom Hardy back to the big screen as Eddie Brock, the titular symbiote’s host body. The film roughly takes place a year after the first film and follows Eddie and Venom trying to figure out how to balance each other out in a classic odd couple pairing.

Following a plot point from the first movie’s cliffhanger ending, the duo must deal with tracking down and stopping escaped psychopath Cletus Kassidy (Woody Harrelson of “Zombieland” and "Cheers"). Kassidy has bonded with Venom’s offspring of sorts, a new symbiotic organism called “Carnage”… hence the title.

The film is a fun superhero popcorn flick. It’s enjoyable; Hardy has come into his own playing the dual role of Brock and Venom (he provides the voice), though the latter sometimes sounds like a manic version of the voice the actor used to play Bane in 2012’s “The Dark Knight Rises.”

The action mostly centers on Kassidy not only escaping death row but also breaking out his super-powered girlfriend Shriek (Naomie Harris, “No Time To Die”); both want revenge against the people who hurt them most.

Shriek wants to kill the police detective who shot her years earlier; Kassidy wants to kill Brock for writing an article he asked Brock to write; and Carnage wants to kill Venom for unknowingly siring an offspring? The character motivations a bit all over the place for the antagonists.

The only clear motivation Carnage has is just wanting to kill.

Probably the most engaging element of the story is Harrelson’s portrayal of Kassidy. He gives off a vibe that draws from the role he played in Oliver Stone’s “Natural Born Killers”; he has fun and you can see that in his performance, proof again that the most fun characters to play are the bad guys.

Both Harrelson’s and Hardy’s dual performances feel masterful given that Andy Serkis — Gollum from the “Lord of the Rings” trilogy — directed this movie. Hardy had used Serkis’ motion capture studio three years ago when filming the first “Venom” and they made solid use again to get both actors ready for “Let There Be Carnage.”

The action isn’t too graphic — it is PG-13 by the way — and there is a few jokes scattered through the script that land well. The story is much tighter than the first film and it shows given that this was the highest box office opening — $90 million — during the pandemic era.

Title: "Venom – Let There Be Carnage"