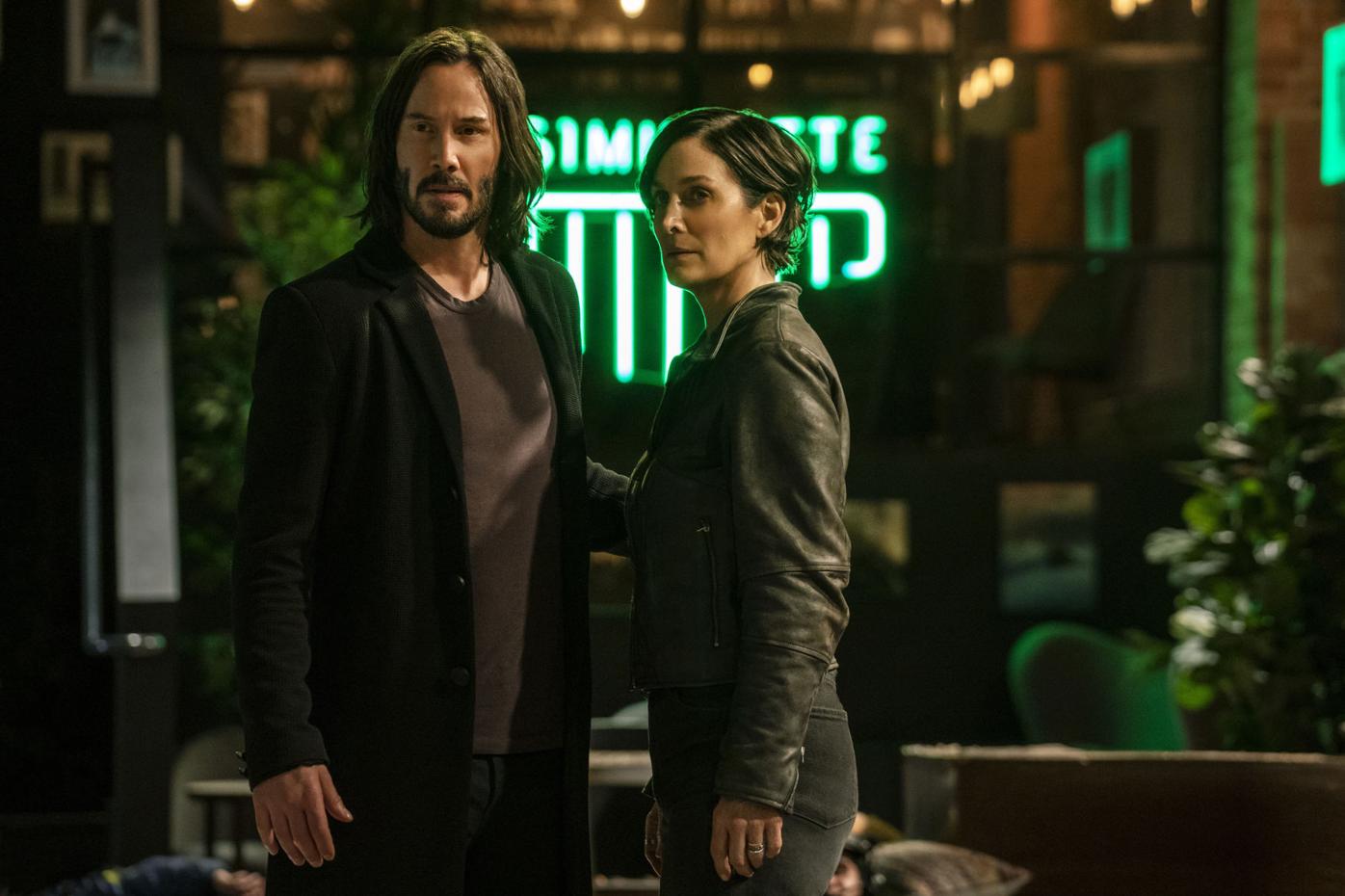 This image released by Warner Bros. Pictures shows Keanu Reeves and Carrie-Anne Moss in a scene from "The Matrix Resurrections."

This image released by Warner Bros. Pictures shows Keanu Reeves and Carrie-Anne Moss in a scene from "The Matrix Resurrections."

The first three films in the Matrix franchise range from absolutely awesome and groundbreaking to muddling over-the-top and heavy-handed.The  technobabble and philosophical blends moved the plot from one action set piece to the next without people getting bored.

But as the trilogy progressed, the dialog became bogged down in too many philosophical concepts that left even seminary students scratching their heads; at least it ended with a (mostly) satisfying conclusion that encapsulated a more-or-less definitive arc for Keanu Reeves’ Neo.

But twenty-two years after the original first released, Warner Bros. has now inked out yet another film. Cinematically, it looks cool. The color palettes used in the previous films return as do the cool action set pieces, albeit with way more CGI.

However, this is where the nostalgia goes awry. Everything from start to finish feels like a rehash. There are in-movie references to computer modals (practice simulations) and digital treadmills — programs looping on themselves without end. It feels as if the writers couldn’t find a way out of what made the trilogy good and looped the story back on itself.

Scenes in “Resurrections” constantly call back to scenes from the original film; from a storytelling perspective, that’s a neat trick because it gives this film that recursive element of déjà vu dotted throughout the script. However it feels lazy from a filmmaking perspective because it feels like the creators have run out of ideas.

Gone is the blend of eastern and western philosophies. While some key actors like Reeves and Carrie-Ann Moss (Trinity) return, other characters have been recast. Lawrence Fishburne is replaced by Yahya Abdul-Mateen II; there’s no explanation as to why or what happened to the Morpheus character between this film and the last to make this in-story change necessary.

There are some cool new concepts that are addressed, like DSI — Digital Self Imaging — which explores the idea that how one sees themselves may not be how the rest of the world sees them. There are hints of this in the beginning when you see Reeves in reflection; it’s a weathered old man who looks nothing like the actor. Clever.

But the film ends with more questions than answers.

There is this sense of smug meta-ness permeating the script. Everything is very on-the-nose. It serves a purpose for the story, but the deliberate dialog references to Warner Bros. Studios prompt painful flashbacks to this summer’s "Space Jam" sequel and the villain’s mid-point monologue about the “sheeple” feels a bit braggy.

The soliloquy borrows heavily from concepts discussed in George Orwell’s "1984," which feels thematically on-point given the world’s current state of near-perpetual lockdown, overuse on nanny-state optics, and over-reliance on screentime to escape the “real world.”

It’s no secret that the Wachowskis — who are not working in tandem on this project — lean into the left when it comes to politics… especially identity politics. It almost feels as if they channeled that sense of self-righteous overconfidence in how political agendas are being mobilized against people right into the film’s dialog.

Perhaps that’s a superficial observation and maybe on a deeper level — like Orwell — the creators of “Resurrections” are trying to satirize the current state of the world. Regardless, it still feels like the Hollywood elite laughing at the normies as if they think they’ve got it all figured out.

“The Matrix Resurrections” is currently playing in theaters and on HBO Max.