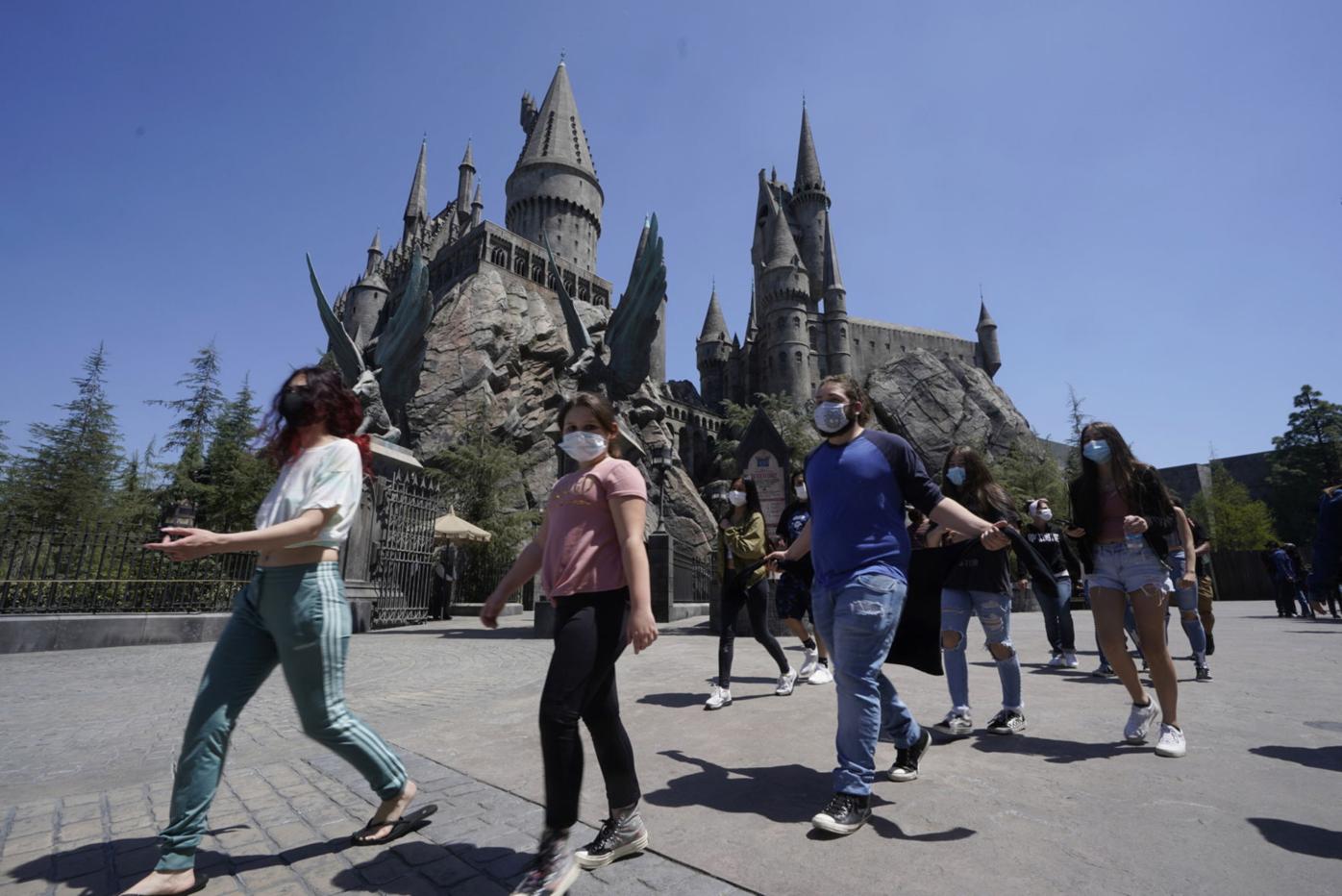 Young people wear mandatory face masks at the Wizarding World of Harry Potter at Universal Studios Hollywood theme park as it officially reopens to the public at 25% capacity with COVID-19 protocols in place in Los Angeles, Friday, April 16, 2021.

Young people wear mandatory face masks at the Wizarding World of Harry Potter at Universal Studios Hollywood theme park as it officially reopens to the public at 25% capacity with COVID-19 protocols in place in Los Angeles, Friday, April 16, 2021.

Reunions are a strange limbo — a bizarre nexus of nostalgia and anxiety. When television and movie casts are brought back together after years of separation there are so many mixed emotions surrounding the event.

The Danny Thomas Show (1953-1964) was one of the first productions to do some a reunion special event. It aired on Valentine’s Day in 1965. Both "The Brady Bunch" and "Saturday Night Live" have held several over the years.

The show "Friends" aired its reunion in May of last year. Being one of the biggest, most popular shows in history made a reunion inevitable.  But the biggest one yet centers on a little-known film franchise about a boy wizard who escapes death and finds himself at the center of a magical war for power.

That’s right… the “Harry Potter 20th Anniversary Return to Hogwarts” debuted New Year’s Day on HBO Max. The concern was that it was going to be a staged rehash of great cinematic moments and portrayals.

It’s surprisingly fun and enjoyable, allowing longtime fans a chance to reinvest themselves in a series that was probably key in reinvigorating a love of reading during a time when many kids in the United States would rather avoid books like the plague.

To some extent it was the aforementioned rehash but the production felt more like a bonus feature documentary included in a high quality 4K special edition box set. While the introductory montage at the opening felt overtly staged, the discussions were honest and heartfelt expressions of the actors’ own memories.

Many of the conversations are humorous, others more personal. As is typical with reunion specials, there is a portion of the runtime dedicated to the memory of the actors who have passed either during the films’ production — like Richard Harris — or those who passed away since the release of “Deathly Hallows, Pt. 2” in 2011.

By far two of the biggest names from the franchise who passed away were Richard Griffiths who played Potter’s Uncle Vernon and Alan Rickman who played Hogwarts’ potion master Severus Snape.

Watching Rupert Grint, Emma Watson and Daniel Radcliffe talk about what they learned from their veteran co-stars tugs on the heartstrings, making viewers wish they had just one more cinematic experience from those passed performers.

But that is the bittersweet joy of cinema; we are able to go back and rewatch those fantastic performances from days gone by. Even better, those films can be found at the press of a button through digital streaming.

Audiences will truly enjoy watching through this reunion special… and then they can turn around and binge the entire Harry Potter film collection either on HBO Max or Peacock.