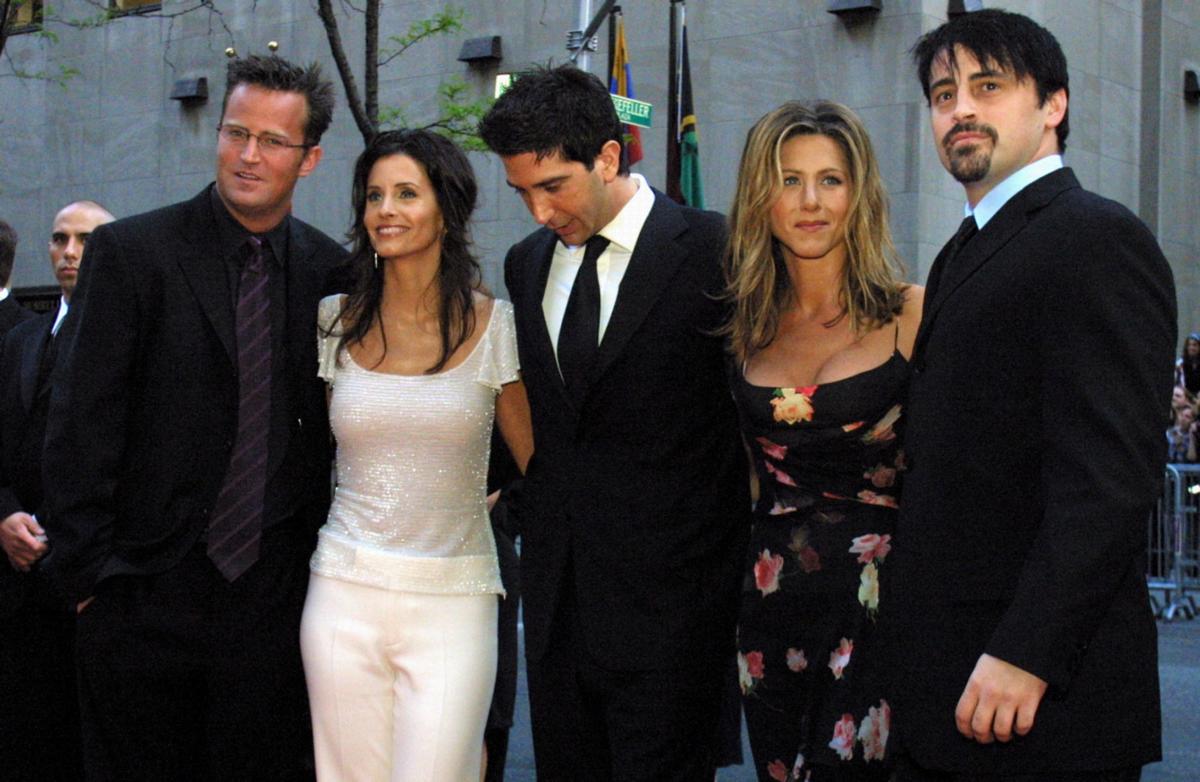 NBC finished airing new episodes of the hit series “Friends” seventeen years ago.  The sitcom held the network’s prime timeslots from September 1994 to May 2004 and was a pop culture staple through the entirety of its run.

Many viewers are familiar with the premise; the series focused on six individuals in their early- to mid-twenties living and working in New York City.  This is a premise seen to a degree in shows like “Seinfeld” (NBC) and “How I Met Your Mother” (CBS).

The characters play off familiar tropes common in such shows.  Ross (David Schwimmer) is the obsessive hopeless romantic; his younger sister Monica (Courtney Cox) is high strung control freak living with her best friend Rachel (Jennifer Aniston); the loveable and loyal dope, Joey (Matt LeBlanc) and his quippy roommate Chandler (Matthew Perry) live across the hall, and then eccentric Phoebe (Lisa Kudrow) rounds out the group.

The series launched these actors to stardom.  While Cox had a couple of major movies under her belt — namely 1987’s “Masters of the Universe” and “Ace Ventura:  Pet Detective — she was still relatively unknown.  All six stars quickly became household names and the most highly paid actors on television at the time.

“Friends” picked apart many struggles people seem to experience in their twenties and thirties.  Obviously relationships and romantic entanglements were a common foil for the characters while they navigated living situations, careers, and life choices.

The character development was incredibly fleshed out over the ten years on TV despite some of their farfetched antics.  Ross struggled with inadequacies from several broken marriages.  Chandler used his humor to keep people at an arm’s distance for fear of being hurt.  Monica was insecure about being overweight as a child.

With the exception of Joey, most of the characters change over the course of the series into better, more refined versions of themselves.  Joey is comfortable with who he is and doesn’t see a need to change, but the character who changes the most is Rachel who transforms from spoiled rich girl to strong, self-sufficient single-mother making a name for herself in the fashion industry.

Despite the years, the show has and has not aged well.  The characters and some of the plot points are still relatable, and several of the jokes — especially Chandler’s scathing retorts — still land, but many of the pop culture references are dated and many of the jokes are off-color in the modern context.

However, that doesn’t mean the series isn’t thriving.  Syndicated re-runs can be found on TBS and “Nick-At-Nite” (Nickelodeon).  It also received a huge boost in popularity with all seasons available on the HBO Max streaming service.

What makes the series most enduring and endearing to this day isn’t so much the laughter it creates, it’s the stability.  According to Today.com, people re-watch their favorite sitcoms because the nostalgia creates a calming effect when they are stressed, anxious, and “feeling out of control.”

The show’s lasting endurance is what still makes it a quotable — and meme-worth — pop culture goldmine.  Could it BE any better than that?

What you need to know before attending the 107th Clovis Rodeo

Pamela Sterling’s play "LOUISA MAY ALCOTT: THE POWER OF A WOMAN" will be produced by Hanford Multicultural Theater Company. HMTC is discoverin…

Filmaniacs: 'Hop' is a silly and fun Easter movie — one of the few

Easter is done.  It’s interesting there aren’t many movies themed around the holiday.  It’s easy to find horror movies released around Hallowe…

I am excited to dedicate the next few columns to a talented artist named Pamela Sterling. HMTC will be producing her one woman show, “Louisa M…

The Snyder Cut is finally here.  That is to say the official – original – director’s cut of “Justice League” released last week.  By now a myr…