This combination photo shows Oscar nominees for best director, from left, Lee Isaac Chung for "Minari," Emerald Fennell for "Promising Young Woman," David Fincher for "Mank," Thomas Vinterberg for "Another Round" and Chloé Zhao for "Nomadland." 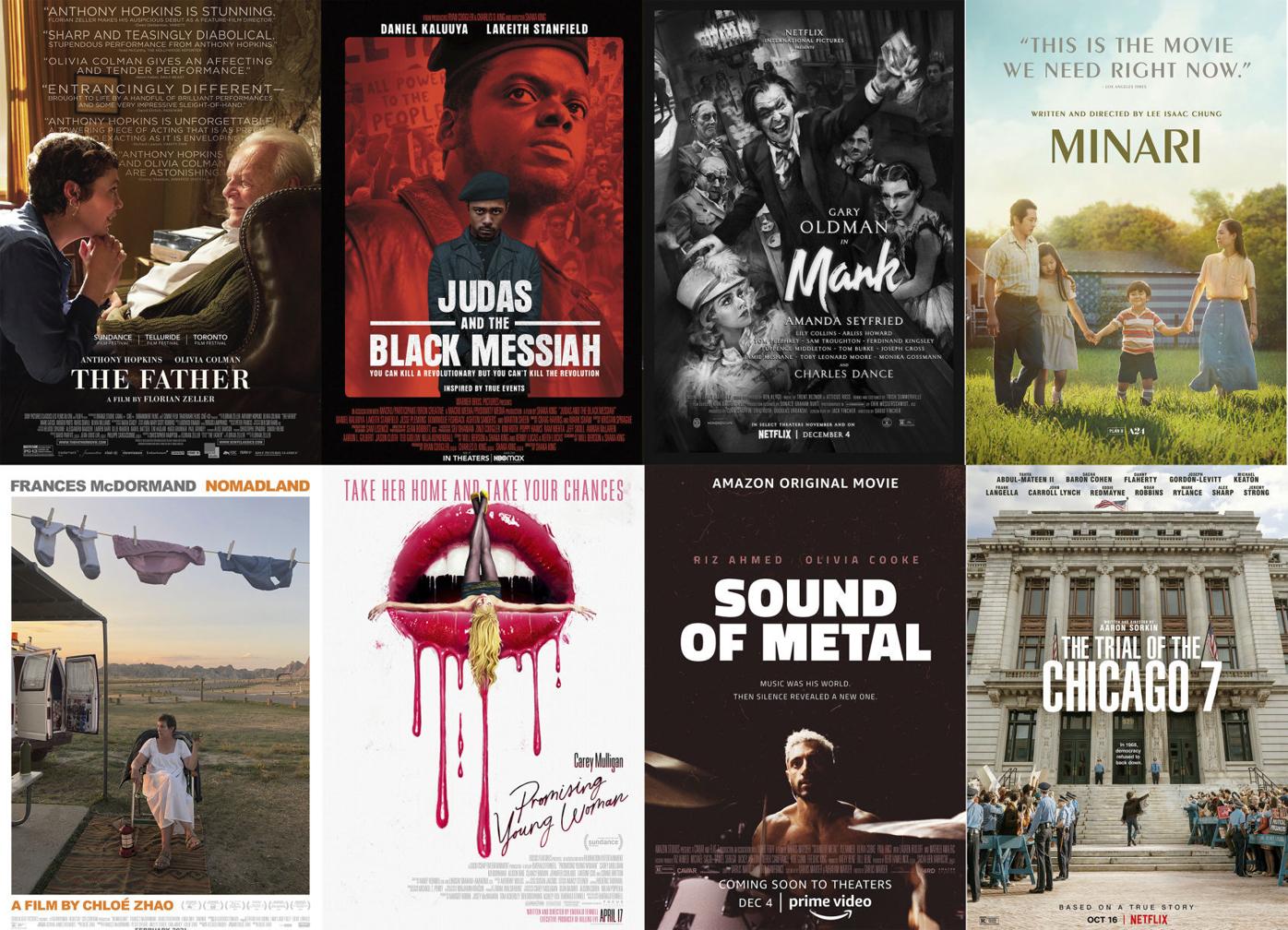 This combination photo shows Oscar nominees for best director, from left, Lee Isaac Chung for "Minari," Emerald Fennell for "Promising Young Woman," David Fincher for "Mank," Thomas Vinterberg for "Another Round" and Chloé Zhao for "Nomadland."

2020 was a pretty garbage year for movies.  In a year where very few movies were released for the general public there are a surprising number of films being considered by the Academy of Motion Pictures.

Despite the limited number of available titles, the Academy is proceeding with their 93rd annual awards ceremony.  Yes… top tier celebrities capable of ordering Uber Eats without worrying about paying the rent get to sit around and pat each other on the back for another year in a row.

Fifty-six movies have been reviewed and accepted for nominations for this year’s event.  Films directed by the likes of George Clooney, Ron Howard, Regina King and Aaron Sorkin are among the nominees.

The David Fincher-helmed “Mank” starring Gary Oldman and Amanda Seyfried is by far the top contender.  It’s been nominated for ten awards including Best Picture, Best Directing, Best Actor in a Leading Role and Best Actress in a Leading Role.

The Netflix Original film focuses on how screenwriter Howard J. Mankiewicz viewed the way Hollywood operated back in the 1930s and his interactions with Orson Welles on the set of “Citizen Kane,” which he wrote.

Mankiewicz frequently butted heads with the Hollywood elite and the political way the industry operated.  Ironically enough, it’s that same sentiment that make modern Oscars contenders politick as much as they can just for notice.

Last year’s awards ceremony — which saw a record low viewership — was awkwardly presented given that COVID-19 altered the award show’s configuration.  Most of the films were produced by major Hollywood studios and some independent companies and well-known streaming services.  Netflix’s original film “Marriage Story” was a top contender in the 92nd awards ceremony.

This year’s ceremony sees far more films made by the independent studios and the streaming services.  Netflix and Amazon are dominating; Netflix currently holds 35 nominations alone.  Part of that is because these services picked up the streaming rights to films when theaters across the world shut down, providing a non-traditional means of distributing movies to the masses.

This is a game changer when it comes to the way the industry operates.  The major film studios held all the cards in the past and streaming services bought the rights to support the films on their platforms.

Now everything’s coming up aces for the streaming services as the major studios try to figure out how to capitalize on this switcheroo.  Warner Bros.’ partnership with HBO; Disney+; and the newly created Paramount+ are trying to keep up a bit later in the game, allowing the more established platforms to kick butt and take names.

Despite the changes this year, it will be interesting to see how well the Oscars do.  Last year’s ratings were an all-time low with 23.6 million viewers.  The highest rated ceremony in the last twenty years was in 2014 with 43.7 million viewers tuning in to watch Ellen DeGeneres host.