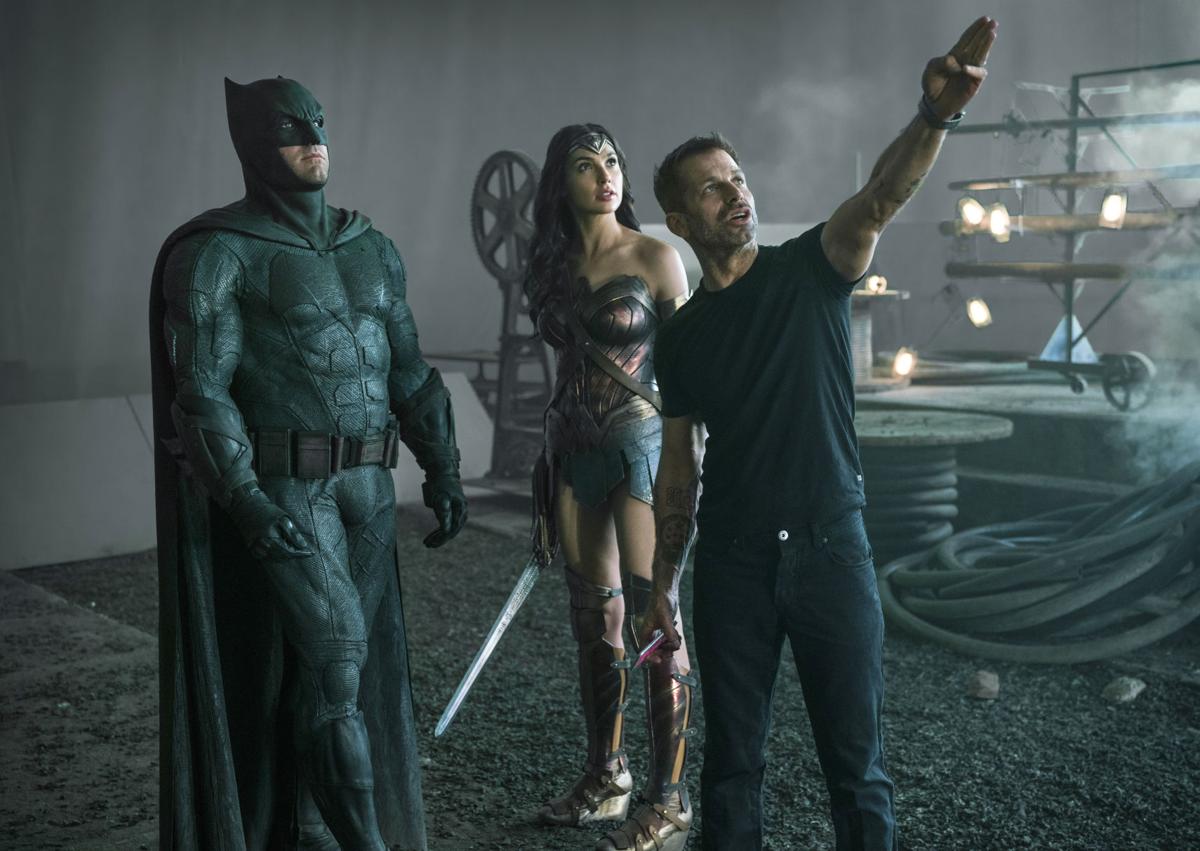 This image released by HBO Max shows, from left, Ben Affleck as Batman, Gal Gadot as Wonder Woman and director Zack Snyder on the set of "Zack Snyder’s Justice League."

The 2017 theatrical release of the “Justice League” film was Warner Bros. Studios’ and DC Comics’ ham-fisted attempt to beat the Marvel Cinematic Universe at its own game.  It was rushed, clunky, and had many, many problems.

However, “Justice League:  The Snyder Cut” released Thursday on HBO Max and it’s high time to take a look at some other popular DC Comics media franchises that are and/or were popular and can still be enjoyable.

With that said, many of these titles will be found on the HBO Max streaming platform even though at least one will be found outside of HBO.  Here are the top six DC franchise titles to check out before or after watching The Snyder Cut.  Keep in mind they aren’t presented in any order.

This live action adaptation of Superman’s origin thrusts Clark Kent (Tom Welling) back into his titular hometown.  He gradually develops his signature powers instead of immediately while learning to navigate friendships with Lex Luthor, first love Lana Lang, and pre-journalism Lois Lane without exposing his secret.  All ten seasons are available on Hulu.

This series is by far one of the best adaptations of the Caped Crusader.  It is the animated series that put DC back on the map.  Thematically based on the Tim Burton “Batman" films, the series draws inspiration from the old Fleischer cartoons of the '40s and '50s.  You might also be interested in “Batman: Mask of the Phantasm” which takes place between seasons 1 and 2 as well as the show’s cyberpunk futuristic spin-off, “Batman Beyond.”

This animated series got its start on Cartoon Network, ran for two seasons and then went off the air only to get new life with DC Online and now HBO Max.  The series follows a new team of young heroes – sidekicks to all of the major Justice Leaguers – as they forge their own destinies fighting the villains the League isn’t allowed to publicly handle…

…However, if you want something with the same level of young adult/teen angst mixed with HBO’s signature grittiness, violence, and language then this series is for you.  Many of the characters seen in “Young Justice” can also be found in “Titans” season 1.  Unsuitable for kids.

Two years after “Smallville” finished its run on the CW, the network decided to continue telling similar stories.  They kicked off with the series “Arrow” (2012-2020) starring Stephen Amell as the Green Arrow.  The series launched spin-offs such as “The Flash" (2014- ), “Supergirl” (2015- ) and “Batwoman” (2019- ).  Some entries in this franchise are stronger than others, but most are entertaining.

This is the ultimate version of the Justice League’s origins and continuation in any video medium!  The first series ran from 2001 to 2004, spanning two seasons.  The animation and storytelling piggybacks off of the Batman animated series.  “Unlimited” had its own two-season run and expands the cast of characters, giving many second- and third-stringers ample screen time and development.

These franchises are worth watching either before or after watching “The Snyder Cut” which began streaming on HBO Max on Thursday.

TULARE — Encore Theatre Company is ready to open the stage for performers after a year of being dark.

What you need to know before attending the 107th Clovis Rodeo

HANFORD — It is here again for the fourth year. An invitation to anyone in the world and in any language to participate in the Hanford Monolog…

Pamela Sterling’s play "LOUISA MAY ALCOTT: THE POWER OF A WOMAN" will be produced by Hanford Multicultural Theater Company. HMTC is discoverin…

Filmaniacs: 'Hop' is a silly and fun Easter movie — one of the few

Easter is done.  It’s interesting there aren’t many movies themed around the holiday.  It’s easy to find horror movies released around Hallowe…

I am excited to dedicate the next few columns to a talented artist named Pamela Sterling. HMTC will be producing her one woman show, “Louisa M…

The Snyder Cut is finally here.  That is to say the official – original – director’s cut of “Justice League” released last week.  By now a myr…

This image released by HBO Max shows, from left, Ben Affleck as Batman, Gal Gadot as Wonder Woman and director Zack Snyder on the set of "Zack Snyder’s Justice League."