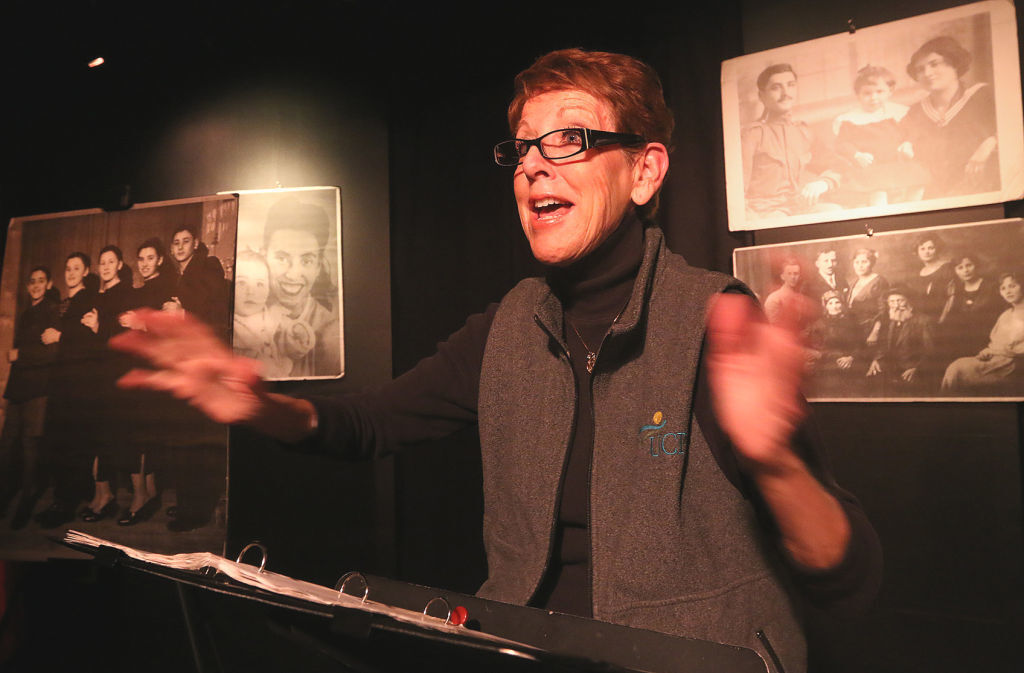 In this 2014 file photo, Janice Noga works a sound check before a performance of the one-woman play "Janka." The film adaptation of the play premiers at Hanford's Temple Theater Jan. 14-16. 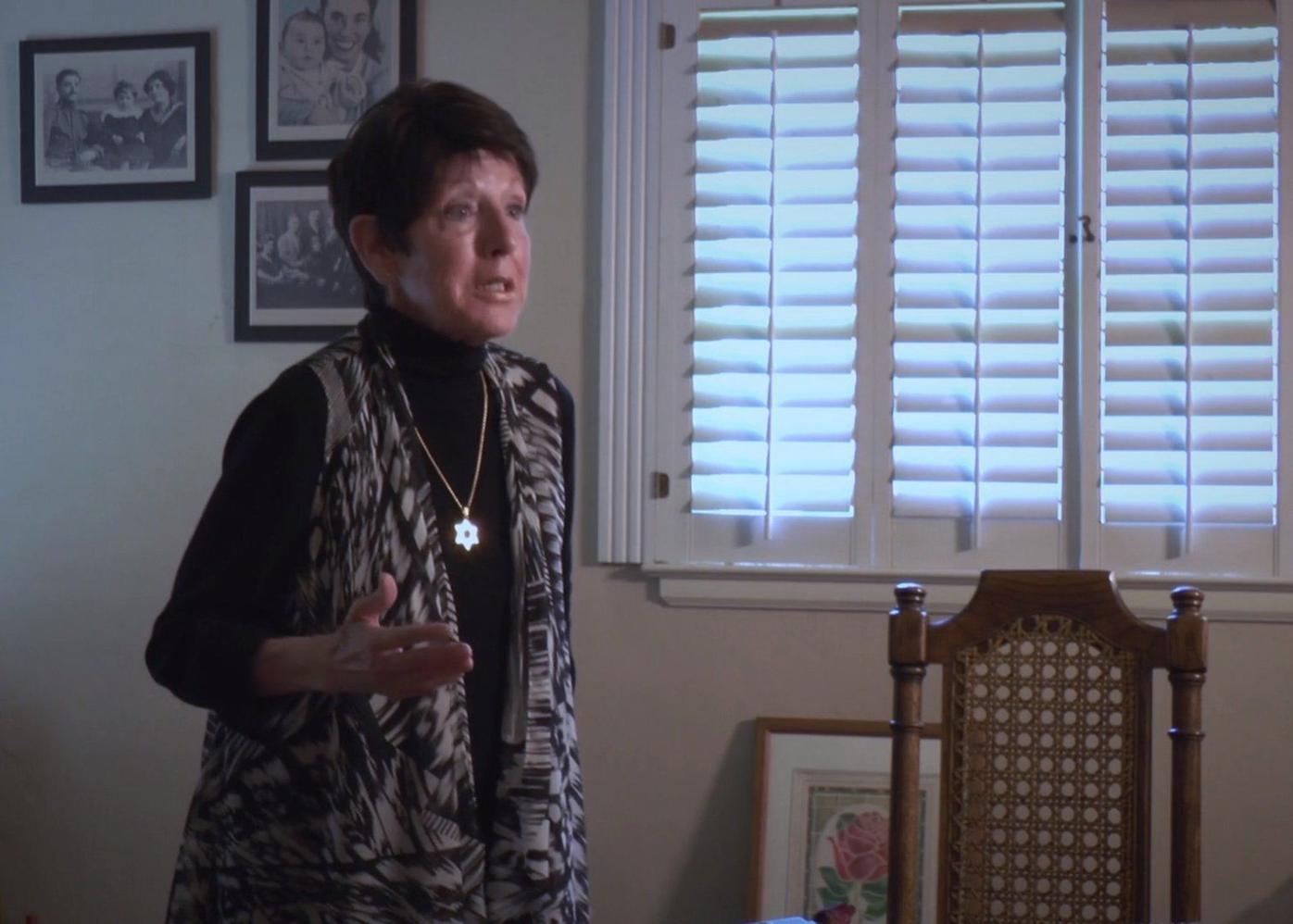 Janice Noga plays a Romanian Holocaust survivor in "Janka." The film is based on her own mother-in-law's real-life experience. The film adaptation of the play premiers at Hanford's Temple Theater Jan. 14-16.

Janice Noga has performed the one-woman play “Janka” close to 200 times, but soon the play will be seen in a brand new way.

The feature film version of the play premieres at the Temple Theater in Hanford Friday, Jan. 14, where it will be screened multiple times throughout the weekend.

“It’s close ups,” Noga, a Hanford native, said. “You can see every emotion.”

“Janka” was written by Oscar Speace, Noga’s husband, and adapted from real-life letters his mother, Janka Festinger wrote, detailing the time she spent imprisoned at the Auschwitz and Dachau concentration camps during the Holocaust of World War II.

“The film is much more intimate,” Speace said, adding that the film feels like a front-row seat for everyone that sees it.

Noga plays her own mother-in-law while telling Janka’s story. The young woman was taken from her village in Romania and imprisoned, ultimately being freed at the end of the war  — a freedom that 63 members of her family never got to experience again, having been systematically killed by the Germans for being Jewish.

“It’s a difficult subject,” Speace said, adding that despite not being feel-good entertainment, it’s an important story and he’s confident that viewers will take something away from the experience.

The play version was adapted from Festinger's real-life letters and diaries and has been performed all over the world, including runs in London, Edinburgh, off-Broadway and even in Festinger's hometown of Sighet, Romania.

The idea to adapt the story to film came early in the COVID pandemic. Speace, who worked in television, had been laid off along with many colleagues in the field. Having the spare time and not even necessarily needing to leave the house to film a story with only one character, production soon started on the film version.

“Movies are much easier,” Noga said of the process.

Filming took a little over two weeks, with an additional two months needed for post-production.

The film is changed somewhat from the play version. About 20 minutes were trimmed from the script, as well as other minor, yet refreshing alterations, like being able to move from room to room and even adding a score, composed by Scandinavian musician Olafur Arnalds.

Perhaps the biggest change the play has made in its move from stage to screen is in the confidence of its leading lady.

Noga said that often she feels like her work isn’t good enough or that the praise she receives from theater-goers and fans can be chalked up to “them just being nice.”  But now that Noga has been able to watch her own performance, she’s gained more confidence.

“I’ve done around 170 performances [of the play]. But this is the first time I thought I was a good actress,” she said, only half-jokingly.

The film, and Noga’s performance, received praise at the Reading [Pennsylvania] Film Fest last fall and will continue to play at film festivals, universities and around the Valley after its Hanford premiere. Speace said that the goal for the film is for it to eventually end up on Netflix and other similar streaming services.

Now, the couple is excited to premiere the film in Noga’s hometown for friends and fans that have seen the play — some multiple times, Noga notes.  A red carpet celebration will precede the first showing Friday evening.

“We’ve been dreaming of it,” Noga said. “An actress and a playwright together — it’s been a fabulous journey.”