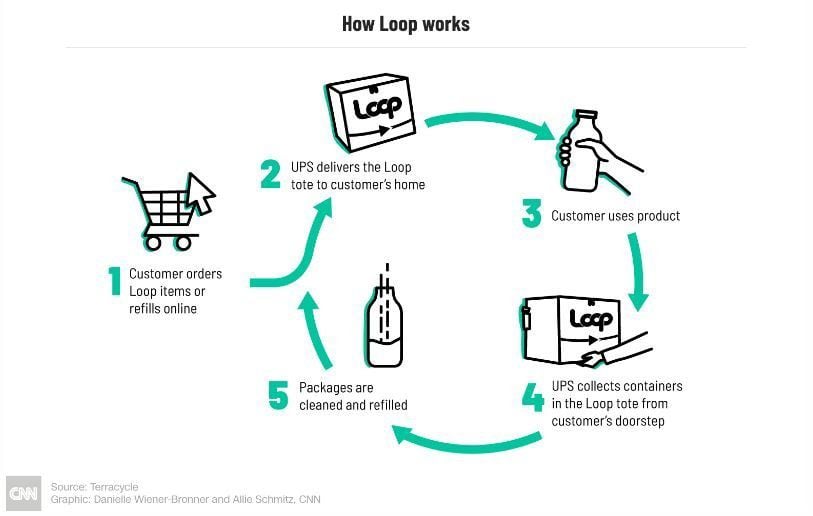 In order for Loop to work, it has to be easy for consumers. 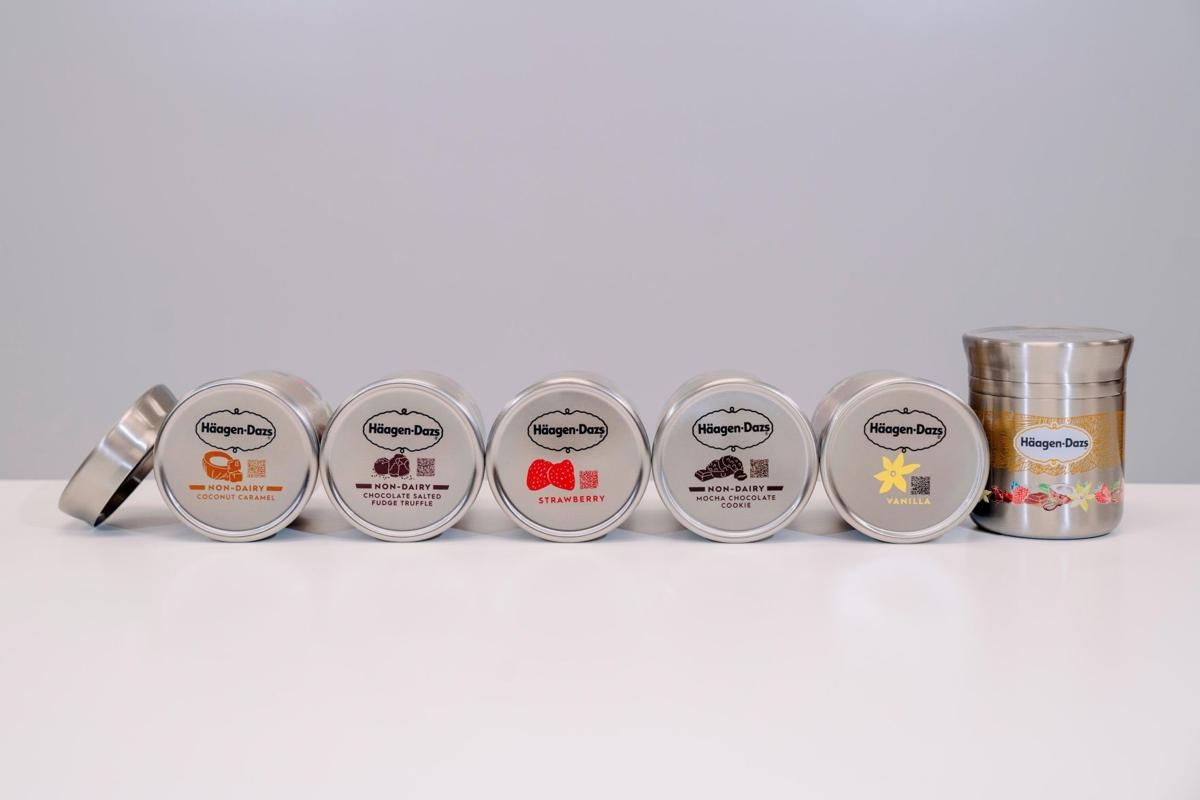 Nestlé designed a reusable Häagen-Dazs container for Loop, sparking envy from its competitors. 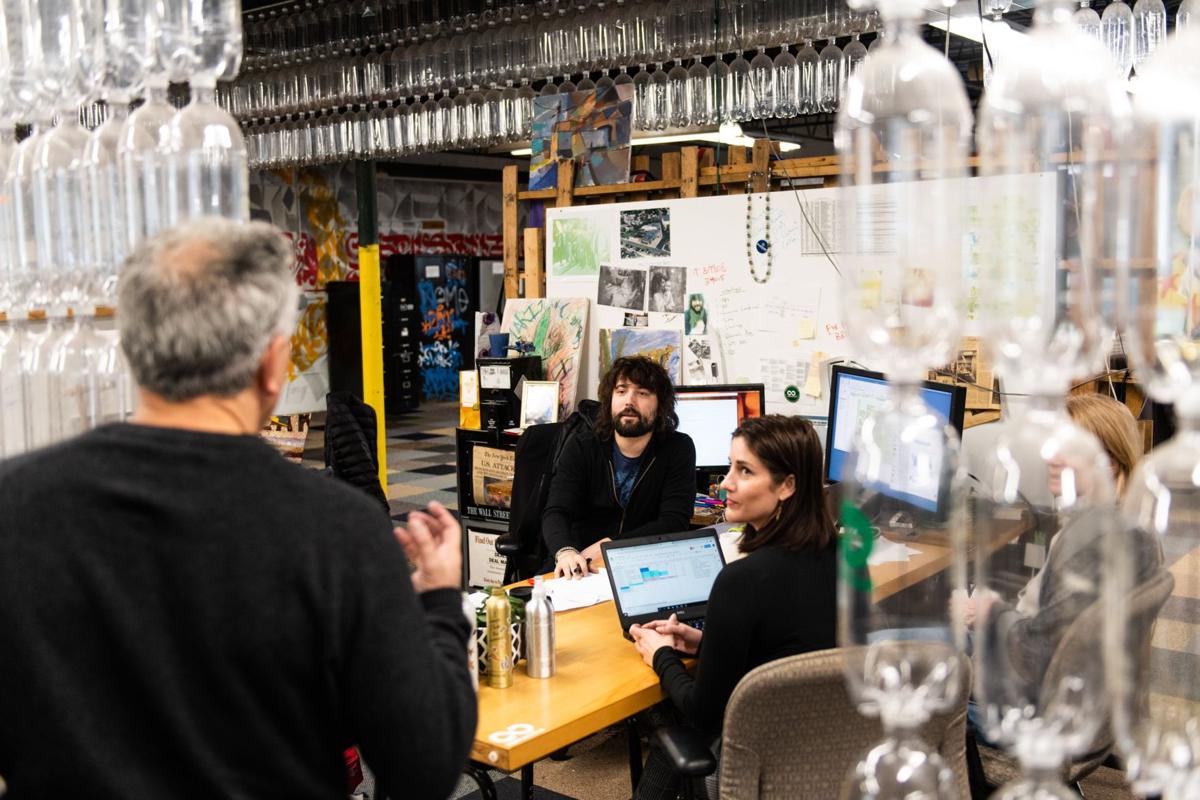 In order for Loop to work, it has to be easy for consumers.

Today, consumers demand convenience, noted Pierce of Packaging Digest. "Without that — even with Tom and all of his strong partners, the consumer packaged goods companies — I don't know that it would work. Especially when you think of the cost premium for this service," she said. "That convenience angle is everything."

Although Loop products are designed to cost about the same as their traditional counterparts, users do have to put down a deposit when they make a purchase online. The deposit can range from 25 cents to $10, depending on the item.

Consumers get it back unless they break, keep or lose the package. But some customers may be unwilling or unable to put down a deposit upfront. Individual deposits add up, and if people use the service for long periods of time, they won't get that money back for a while.

Szaky, who recognizes that the deposit could be a roadblock for some, aims to make Loop as convenient as possible. His hope is that customers will toss their empties into a used tote just as they would toss their empty containers into the trash. There's no need to wash them first: Loop handles the cleaning. And thanks to the rise of e-commerce, consumers see delivery as the most convenient option already.

Plus, in 2020, Loop products are slated to be available in major retailers like Walgreens and Kroger. That means, in addition to at-home pickup and delivery, consumers will be able to buy and drop off Loop products in person. Ultimately, Szaky wants to build a big enough network to allow customers to pop into one local store to buy a Loop product, and swing by another to drop a Loop package off.

For Szaky, ubiquity will be a marker of success.

"I would sit back and start feeling like we're doing it when I see Loop pop up unconsciously," he said. "I would feel we really got there where it's a common question of, 'Hey, would you like that in disposable or durable?'"

Szaky thinks things are moving in the right direction. Companies that committed to join the pilot with just a few products have added others, and more are in the pipeline. Loop currently includes 120 products and the service adds an average of two new products every week.

When new brands join, their competitors tend to hop on board, as well, afraid of being outdone. For example, Loop launched with reusable Häagen-Dazs ice cream containers, and soon "the biggest ice cream companies, their competitors, called us and said, 'How do we get involved? How do we go even bigger?'" Szaky recalled. This is "what competition is supposed to do, is keep making products better and pushing each other."

Today, Loop operates in parts of France and the East Coast in the United States, and is used by more than 10,000 people. Orders are continuously increasing each week, and repeat order rates are strong, the company says. Next year, the service will launch in London, Toronto and Tokyo, as well as parts of Germany and California.

Scaling up so broadly and so quickly is risky, however.

"One of the things that keeps me up at night is building out the actual operational scale-up plan," said Crawford.

A lot had to happen just to get Loop to the pilot phase. Companies had to develop new durable containers that were easy to clean and use. It took Nestlé 15 tries to get that envy-inducing ice cream container right. Szaky and his corporate partners have to make sure that packages are delivered, collected, cleaned and reshipped in a timely manner — a complex logistical proposition, especially considering how many different companies are involved. Loop currently uses one cleaning facility in Southeast Pennsylvania to process its US-based orders. But as it continues to expand, TerraCycle says it will need to add more facilities in other parts of the country.

For now, the project is small, and the Loop team is taking careful notes on consumer behaviors, complaints and preferences. But if Loop gets as big as Szaky wants it to, the system will have to work, impeccably, on its own.

"All of the moving pieces, logistically, operationally, new facilities in all of these regions and all of the steps and pieces that need to happen in the expansion plan is something that's going to take a tremendous amount of time and attention from our team, and also support from partners," Crawford said.

If things go wrong — orders get held up, items are out of stock, or people feel burdened by yet another shopping platform — people could give up on the idea of reusables.

Historically, consumers have often valued convenience over the environment. Starbucks, for example, has tried for years to get consumers to use reusable cups, selling durable versions of their cup for a few dollars and offering discounts to customers who bring their own mugs. But the company has consistently found that despite its efforts, just a small fraction of consumers actually bring their own cup to the store. Can Loop finally crack the code, convincing consumers to switch to reusables?

Meanwhile, the clock is ticking: companies participating in Loop won't wait forever for the concept to prove out.

Eventually, "their primary concern is going to be return to shareholders," Crawford said. "At some point in this process it needs to become profitable."

Experts are optimistic that this time, things could be different.

With Loop, Szaky's "timing is impeccable," said Pierce. Consumers are looking for solutions to the plastic waste crisis, and Loop could be a good one. Ultimately, companies may go in a different direction, like biodegradable wrapping or package-free grocery aisles instead of reusable containers.

No matter what, big corporations will have to seriously reconsider the way their goods are being sold.

Unilever said on Monday that it plans to cut its use of non-recycled plastic in half by 2025. To deliver on that promise, the company will have to collect over 660,000 tons of plastic per year, and continue to innovate its product line. In addition to reusable packages, Unilever has tried out soap-like shampoo bars, bamboo toothbrushes and cardboard deodorant sticks, among other things.

Szaky knows that his partners are in desperate need of a solution. When he first approached companies about Loop, he targeted ones that were featured on a Greenpeace list of worst plastics polluters, because he knew they had a potential public relations crisis on their hands. He's hoping that the scope of the problem will inspire the type of changes needed to make Loop a success.

"Loop is a gargantuan ask," Szaky acknowledged. "We're going into a Procter & Gamble and saying, 'reinvent the packaging of these world-famous products completely, build production lines to fill this reinvented package, oh, and, by the way, I have no proof if anyone's going to buy it at all.'"

And Szaky knows that people are paying attention to what he's doing.

Loop has "a very big responsibility," he said. "I think a lot of people are going to think about whether there's a future in reuse by whether we succeed or not."

As plastic containers pile up landfills and the ocean, one service is looking back to the days of glass milk bottles to define the future of p…

What time period do you belong in?