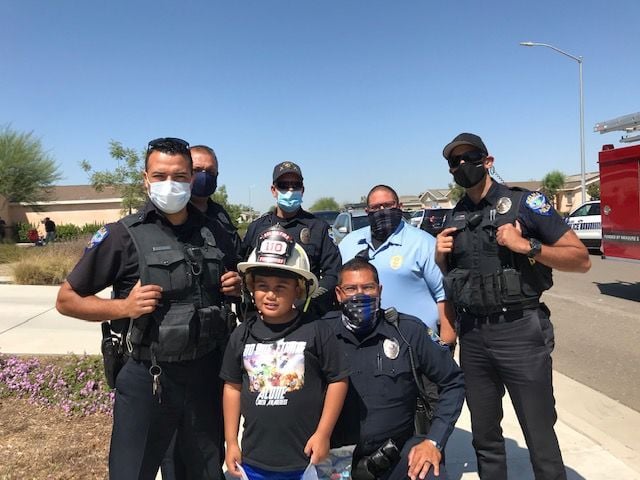 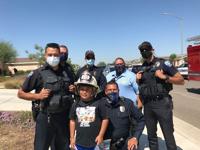 Axel Santos, 8, takes a picture with Selma Police officers after a drive-by parade on Saturday, April 8. 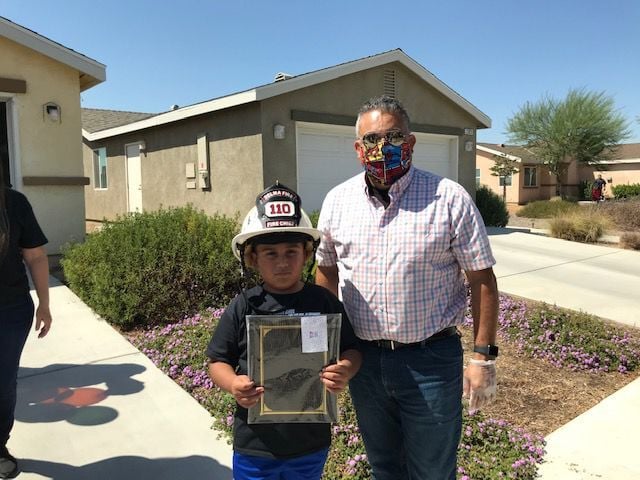 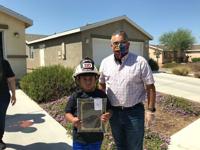 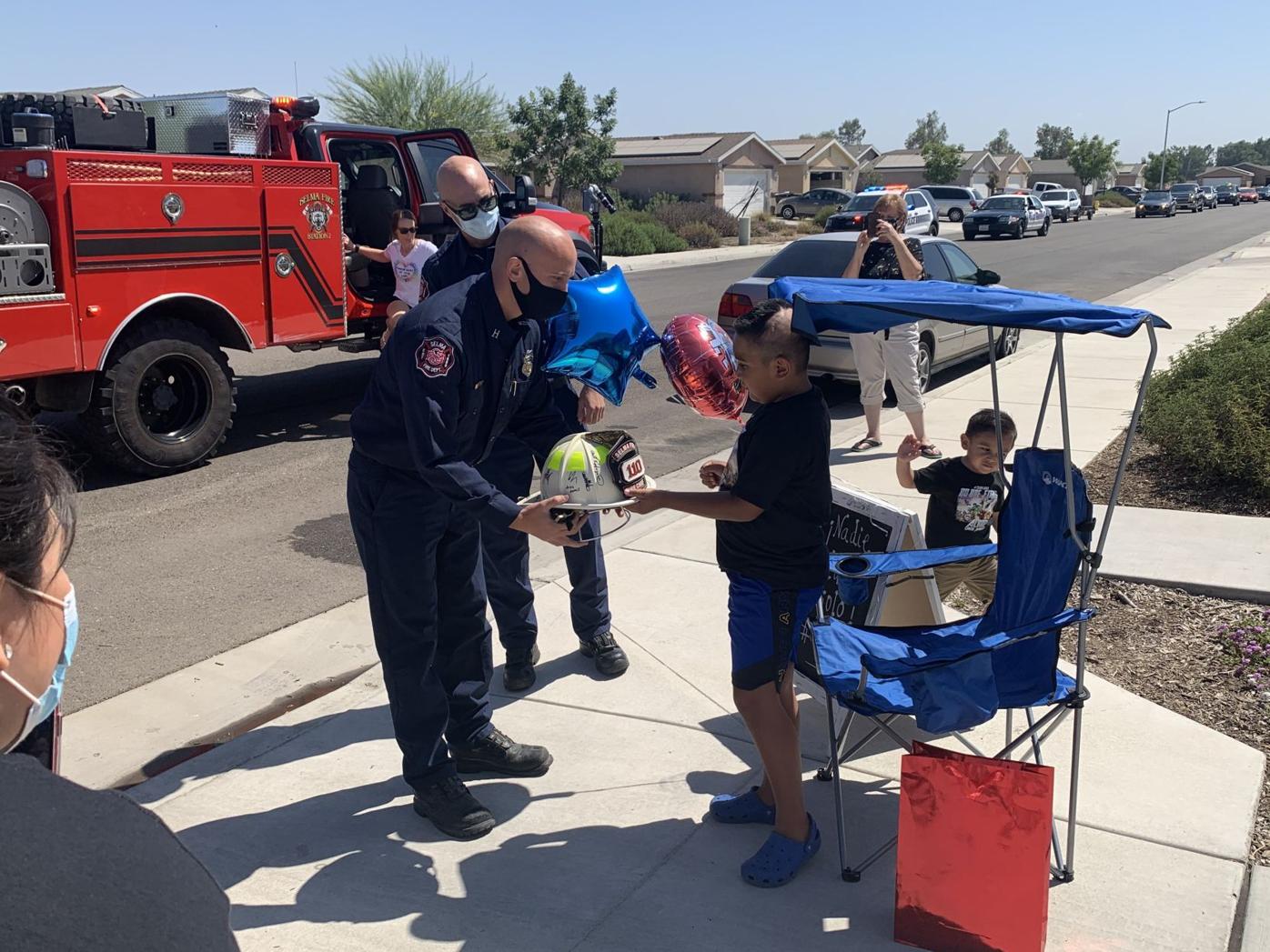 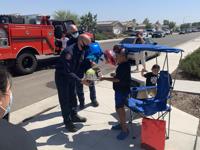 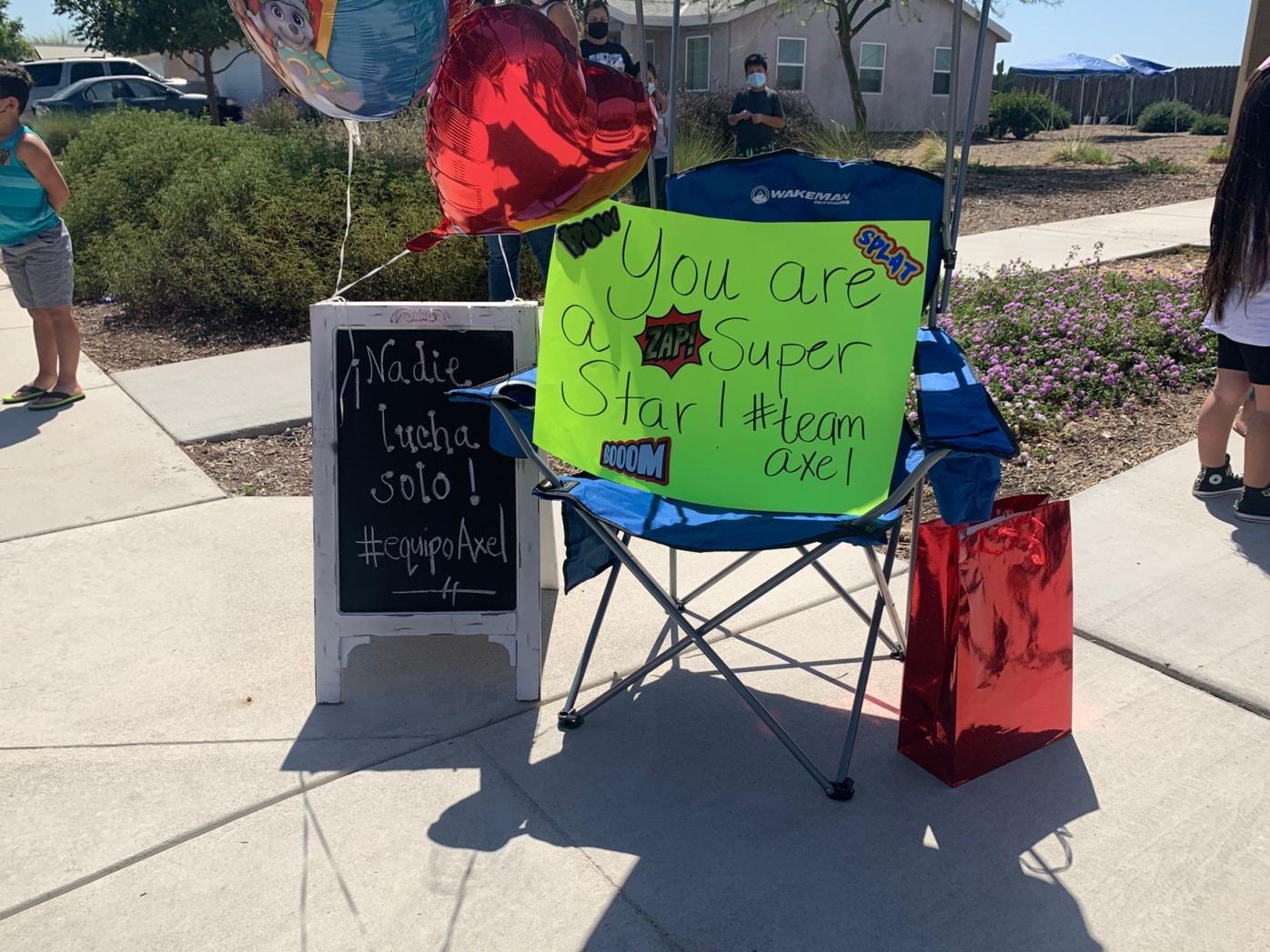 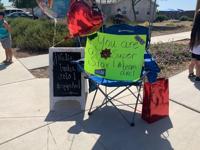 Signs with positive messages were on display during a drive-by parade supporting eight-year-old cancer patient Axel Santos on Saturday, April 8.

Axel Santos, 8, takes a picture with Selma Police officers after a drive-by parade on Saturday, April 8.

Signs with positive messages were on display during a drive-by parade supporting eight-year-old cancer patient Axel Santos on Saturday, April 8.

SELMA — Community members came together to support 8-year-old cancer patient Axel Santos to celebrate the near completion of his radiation treatment with a drive-by parade on Saturday, Aug. 8.

Members of the Selma Police and Fire departments and Selma Mayor Louis Franco were involved in the parade, which was organized by Selma’s Cancer Support, a 501(c)(3) non-profit organization that was founded in 2005. Selma’s Cancer Support provides support for cancer patients in an emotional, physical, spiritual and financial manner, according to the mission statement on the organization's website. Everybody involved with the non-profit are volunteers.

“We decided to do something for him to maybe brighten his day,” Tucker said. “Any time police or firemen show up, that’s always exciting for them. We just put the word out there and we had a pretty good turn out.”

When he became aware of Santos’ story, Mayor Franco said he immediately had compassion for the boy and his family.

“The first thing I thought was ‘Oh my goodness, this child is so young,’” Franco said. “During this time of COVID and uncertainty and for him and his family to have to go through this, you just feel compassion for the whole family and you want to commend them for all of the strength that they have to get through something like this.”

Selma Police started the parade on Saginaw Avenue and San Carlos Street and made their way to Santos family household on Adobe Street. Friends and relatives followed the officers, driving with signs and balloons in support of Santos. The parade ended with the fire department driving two trucks passed the house, but the celebration didn’t end there.

Santos was given a signed fireman hat by the fire department and received gifts from friends and relatives. He also took photos with Franco, the officers and firemen. Tucker said firemen with no hair were involved because Santos was concerned about his hair loss caused by his treatment.

Santos didn’t say much during an interview, but through a translator, he said he was “happy” about the parade.

“I’m just excited and happy that the community came together and that he’s healthy now,” Axel’s mother Yaskara Santos said through a translator.

Axel and his family were wearing black shirts that said “No One Fights Alone” with a picture of the Logo version of Marvel characters, the Avengers. The shirt also had the hashtag #TeamAxel above the Avengers picture. Santos said his favorite Avenger is Iron Man.

“It feels good when a community comes together to rally around one of their own members, especially when that member is so young like a child,” Franco said. “It just represents the type of community that we have here. It just makes me very proud because every time there’s a community member in need, the Selma community always steps up and responds to support them.”