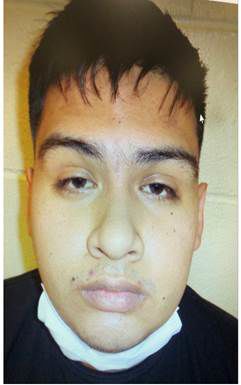 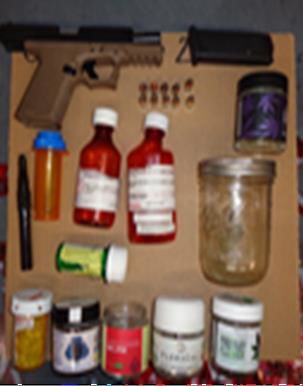 Selma Police Department found a 9mm handgun, marijuana, and several other pills in the car of 24-year-old Jorge Cruz-Ambriz.

SELMA — Selma Police arrested a Visalia man after officers allegedly found a handgun and drugs in his car.

Officers conducted a traffic stop eastbound from the Circle K on Floral Avenue and Whitson Street. Police reportedly stopped the vehicle for operating without headlights at 2:15 a.m.

When conducting the stop, officers say they found the driver, 24-year-old Jorge Cruz-Ambriz, was operating the vehicle with a suspended license. Authorities removed the two passengers from the car and proceeded to search Cruz-Ambriz’s vehicle. During their search, police say they found a 9mm handgun sitting on the rear floor in plain sight and a magazine was discovered by the passenger side door handle.

Cruz-Ambriz’s vehicle was towed and he was transported to Fresno County Jail.

Jeremiah Martinez contributed to this report

SELMA — A new mural in Selma that will be completed this weekend honors Chicano arts, the farmworker and labor rights movements with its messa…

SELMA — Selma Police arrested a man and woman for alleged possession of methamphetamine on Thursday.

SELMA — After a police investigation, two women were arrested on Thursday by Selma Police for allegedly faking a robbery at a gas station on Aug. 19.

SELMA — A Kingsburg man was arrested by Selma Police Sunday morning for allegedly being in possession of a stolen motorcycle.

SELMA — A man and woman were arrested by Selma Police after a loaded revolver was allegedly found in their car during a traffic stop on Thursday.

Selma Police Department found a 9mm handgun, marijuana, and several other pills in the car of 24-year-old Jorge Cruz-Ambriz.