Democratic contenders debate in South Carolina, days before their primary 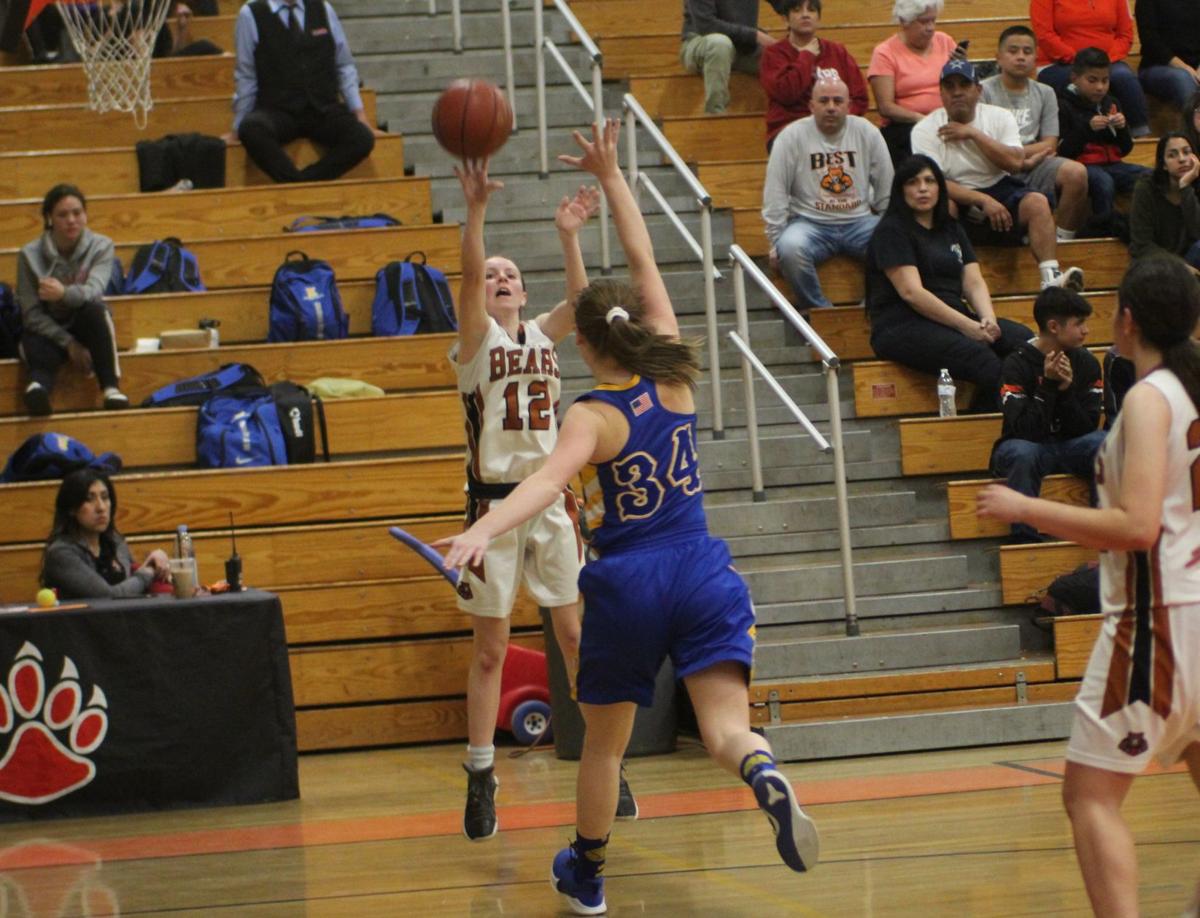 Selma's Elena Loutherback shots a three pointer during the second quarter of a Central Sequoia League game against Exeter at Selma High School on Friday. 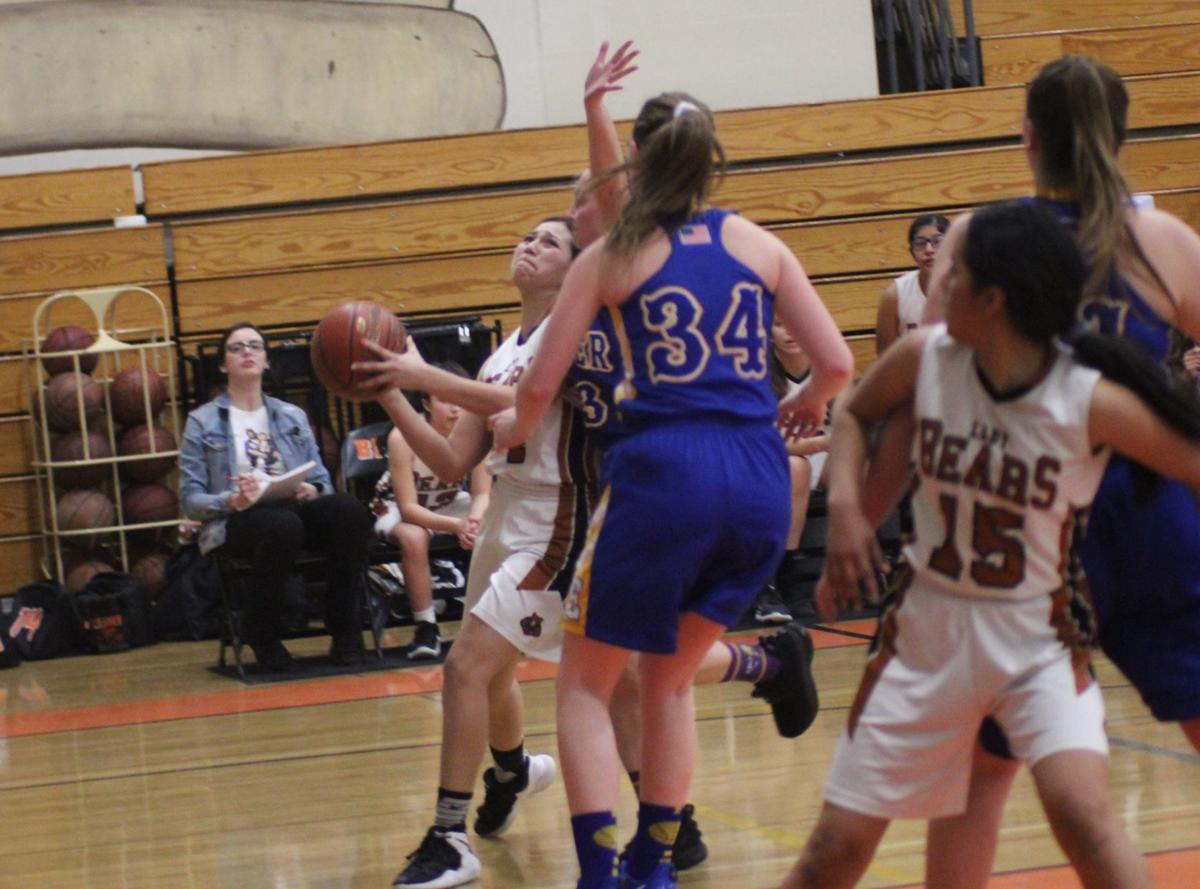 Selma forward Clarissa Moreno drives to the basket during the fourth quarter of a Central Sequoia League game against Exeter at Selma High School on Friday. 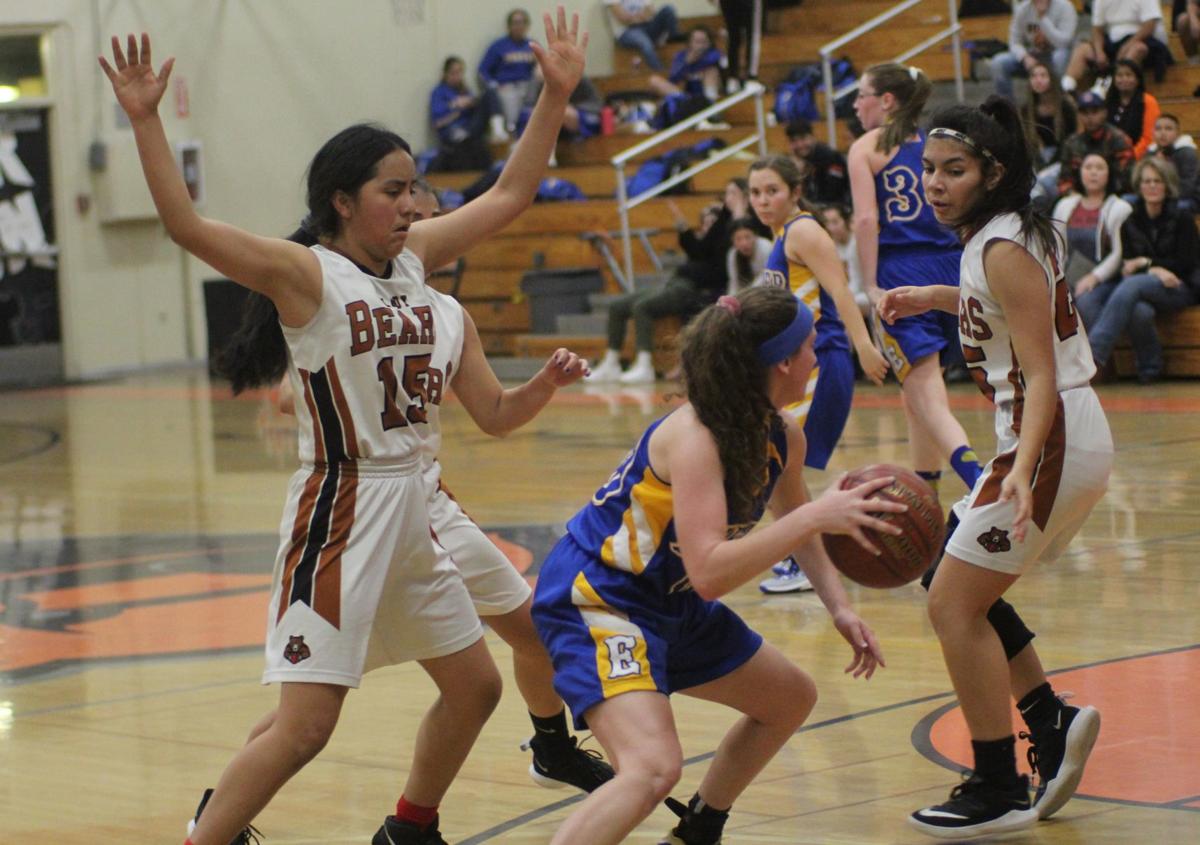 Selma's Brisa Pacheco Ramos defends an Exeter player in the backcourt during third quarter of a Central Sequoia League game at Selma High School on Friday. 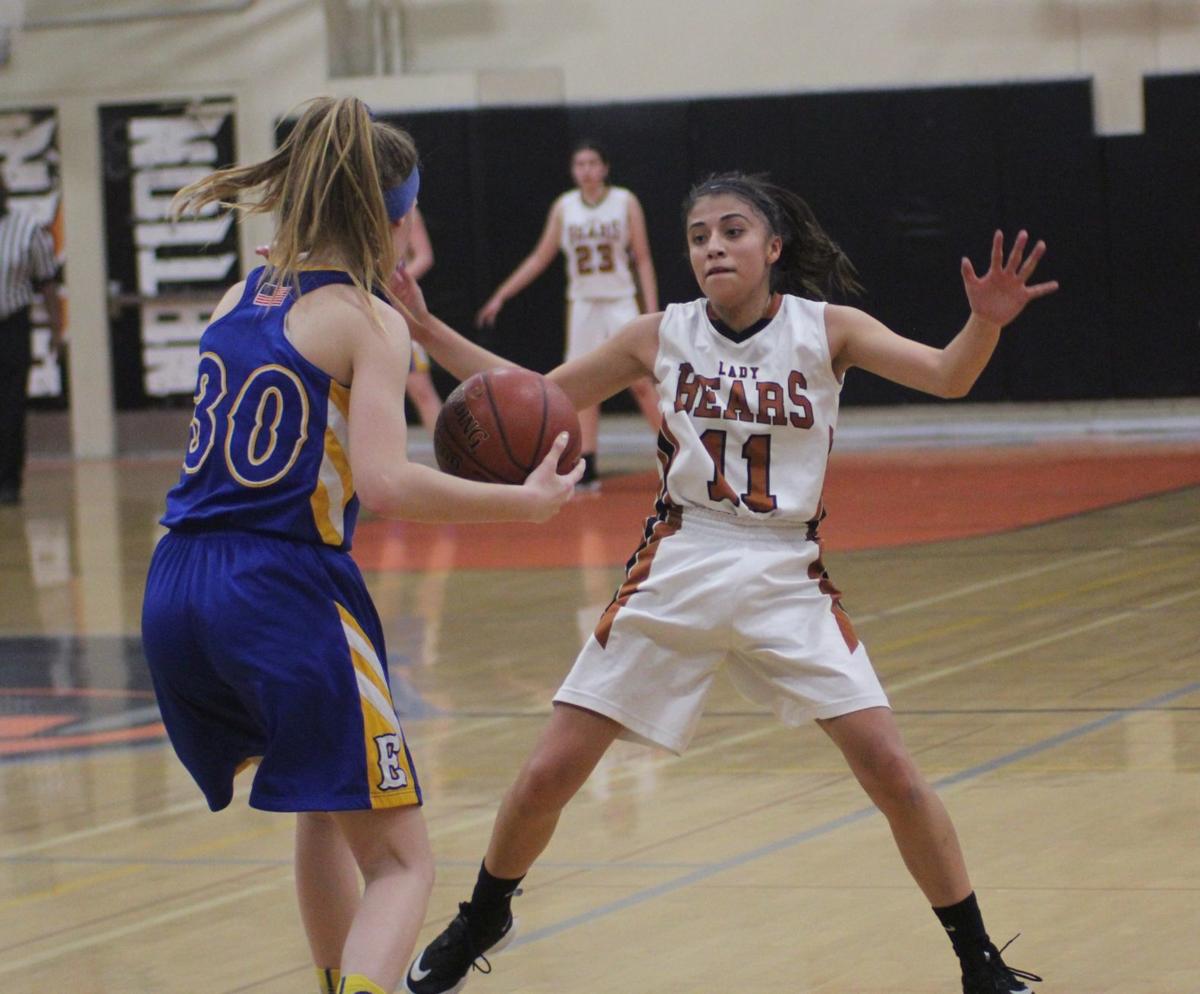 Moreno scored 32 points and grabbed nine rebounds in the Bears’ 55-50 win over Exeter at home. With two of their top players - Audrey Gonzalez and Yesenia Sanchez - not available, the Bears (23-5, 10-0 CSL) clinched their third straight CSL title.

Gonzalez and Sanchez didn’t play due to ankle injuries. Moreno said she felt the pressure of stepping up in their absence.

“I was stressed, but I just had to play my game, be poised” Moreno said. “I’m usually a calm player.”

Selma came into the matchup winning 14 of their past 15 games and the CSL championship was the second time in three years that the Bears outright won the title. They shared the league crown with Kingsburg last season.

Over the past three seasons, Selma is 29-3 against league opponents.

“It’s a reflection of work ethic from our players,” Bears coach Paul Romig said. “I think it’s a reflection of them busting their tail [in practice], not taking anything for granted in each game and each practice and I couldn’t be more proud of them. I’m just so proud for them to get the rewards of the league title this year and it’s a great accomplishment.”

Exeter had a 44-40 lead after the third quarter and the Bears would score the first five points of the fourth. Moreno gave Selma a 48-46 lead on a three pointer and after the Monarchs tied the score, the senior forward put the Bears ahead again, draining another shot from beyond the arc. That shot gave the Bears a 51-48 advantage with 2:22 to play and Selma would lead for the rest of the game.

“Clarissa Moreno is a special, special player,” Romig said. “What she demonstrated here tonight is no different from what we’ve seen for four years. I’m just proud and that’s beyond impressive.”

Moreno was 5-of-9 from the three-point line and was the Bears’ only double-digit scorer.

Silva was a defensive presence, recording five of her six steals over the final period. Silva was a clutch defender in the final minute, notching a steal with 56 and 30 seconds left to play.

“She competes,” Romig said about Silva. “It doesn’t matter, offense or defense, she competes, she’s driven, she plays with intelligence as well as a tremendous amount of passion and she puts herself in a position to benefit her team. She’s only about what helps her team.”

“I love how hard we play,” Romig said. “A lot of effort plays, a lot of defense, rebounding when it counted.”

The Bears last played Immanuel on Tuesday (after press time).

Before the game, Selma High had a 24-second moment of silence to honor the late Kobe Bryant. The former Los Angeles Laker died in a helicopter crash, along with his 13-year-old daughter Gianna and seven others in Calabasas, California on Sunday, Jan. 26. Bryant was 41.

“It’s obvious Kobe’s influence as a basketball player, but more importantly as a humanitarian,” Romig said. “It’s story after story after story. So many of them are touching, but the thing that grabbed me the most...is the Make-A-Wish program, he granted over 200 visits and he never publicized that. Just the depth and the width that he was able to impact people and used basketball as a stage to do that, it’s amazing what the game could do and he’s a testament to what that was.”

The Bears will host rival Kingsburg for their senior night on Feb. 11. In their first meeting, the Bears defeated the Vikings 59-58 on the road on Jan. 17.

Letter to the Editor: Elizabeth Egan

I have known Elizabeth Egan for 18 years. Her integrity, devotion to our community and the rule of law is second to none. As our District Atto…

The Word Walk: Recognizing The Voice of God

Selma's Elena Loutherback shots a three pointer during the second quarter of a Central Sequoia League game against Exeter at Selma High School on Friday.

Selma forward Clarissa Moreno drives to the basket during the fourth quarter of a Central Sequoia League game against Exeter at Selma High School on Friday.

Selma's Brisa Pacheco Ramos defends an Exeter player in the backcourt during third quarter of a Central Sequoia League game at Selma High School on Friday.