SELMA  — The Selma community has rallied to give 100-year-old Dorothy Stephens a very special birthday.

Thanks to a social media campaign organized by friends, Stephens has gotten a surprise birthday celebration in the form of dozens of cards from the community.

“It was a surprise. I have hands full of cards,” Stephens said. “I’m going to put them in all piles of the people I do know and the people I don’t know so I know who to thank.”

As of Thursday, Stephens had received over 70 birthday cards from well-wishers in the community. She has also received house plants, dried nuts and fruits and chocolates, she said.

“If we hadn’t been in quarantine, we’d have had a party here at Bethel,” she said.

The retired school teacher and Bethel Lutheran Home resident was born in Norton, Kansas, but “wandered away from home,” eventually moving to northern California with her husband after graduating college in 1944. The two began teaching careers in NorCal before moving to Sanger to continue their careers.

“It was too rainy up there,” she said.

After living in Sanger for 40 years, the couple moved to Selma in the early ‘90s to care for Stephens’ ailing parents. Stephens’ husband died in 1997, but she enjoyed Selma so much she stayed in the area.

Stephens’ friend Debbie Daniel helped organize the call for birthday cards. The two have been friends for years after meeting at Bethel Lutheran Home, where Daniel would visit her mother-in-law, who has since passed away.

“Over the summer, when she would talk about her birthday, she was so worried about what would happen with her birthday because of COVID,” Daniel said. “I thought, ‘what could I do to make it better for her.’”

Daniel, along with Stephens’ friend, Linda Cropsey, began to plan the birthday surprise around Christmas. With help from the Selma Chamber of Commerce, where Daniel volunteers, support began to grow, including a donation of a large balloon design, courtesy of Uplift Balloon Designs.

Daniel would regularly help with bingo games and social activities at the Bethel Lutheran before the pandemic and has kept in contact with many residents via socially-distanced visits. Daniel said that she feels that the isolation caused by the pandemic has led to depression in many of the home’s residents.

The whole home lit up on Stephens’ birthday, though, with other residents singing “Happy Birthday” from their doorways in honor of her milestone.

“I was so happy to see her so happy about everything,” Daniel said. “It was really special.”

To send a card

To send Dorothy Stephens a card in celebration of her 100th birthday: 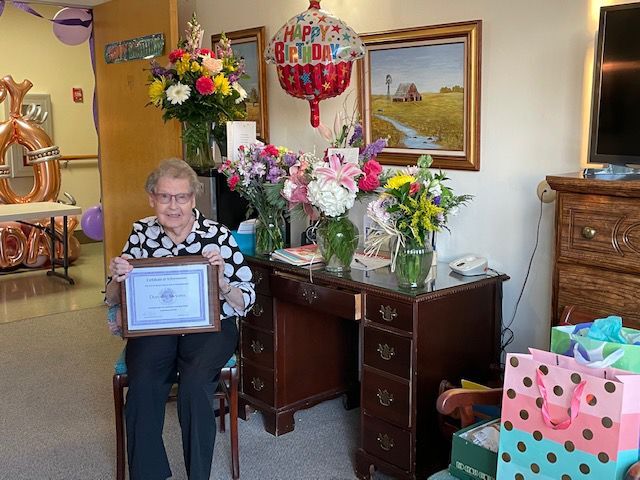 Dorothy Stephens of Selma celebrated her 100th birthday last week with cards and presents from the community as well as a proclamation of achievement from the City. 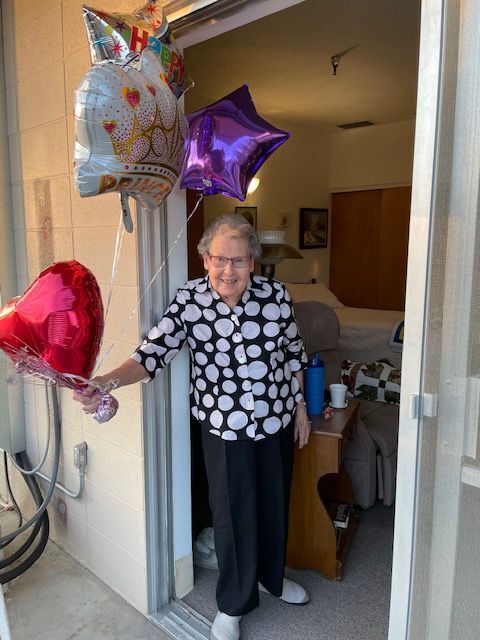 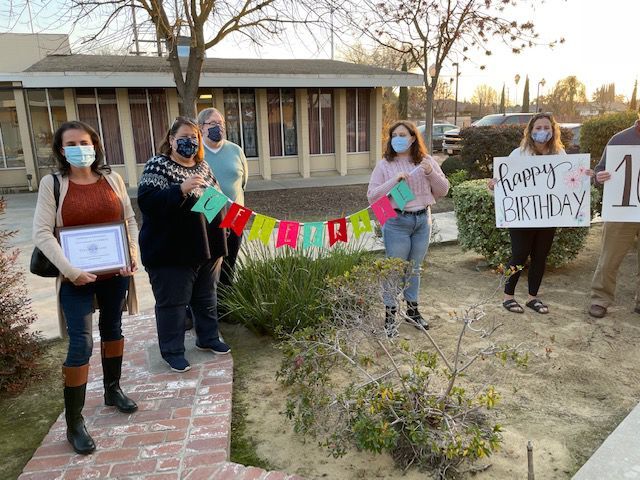 Friends gathered outside Dorothy Stephens' room to wish her a happy birthday. 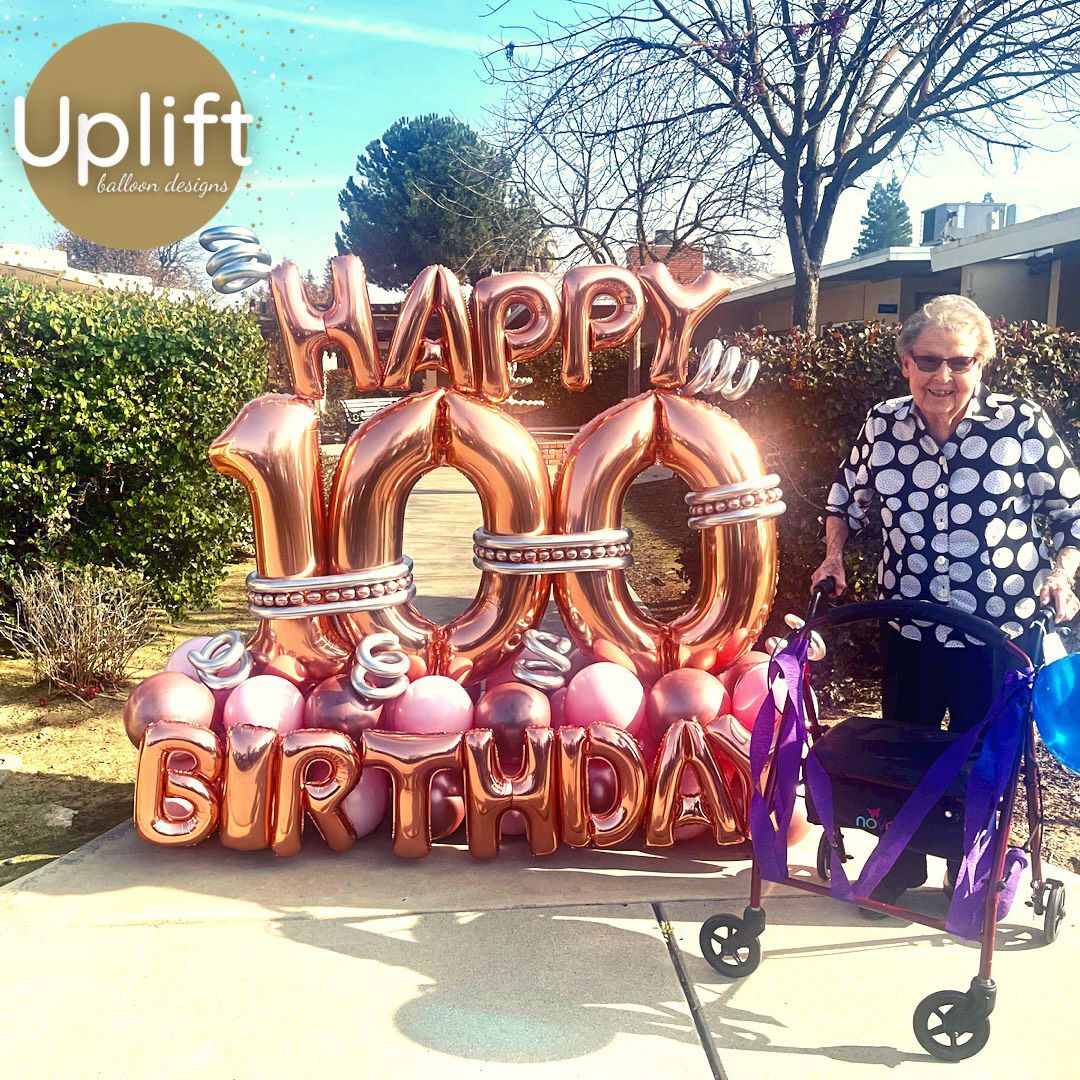