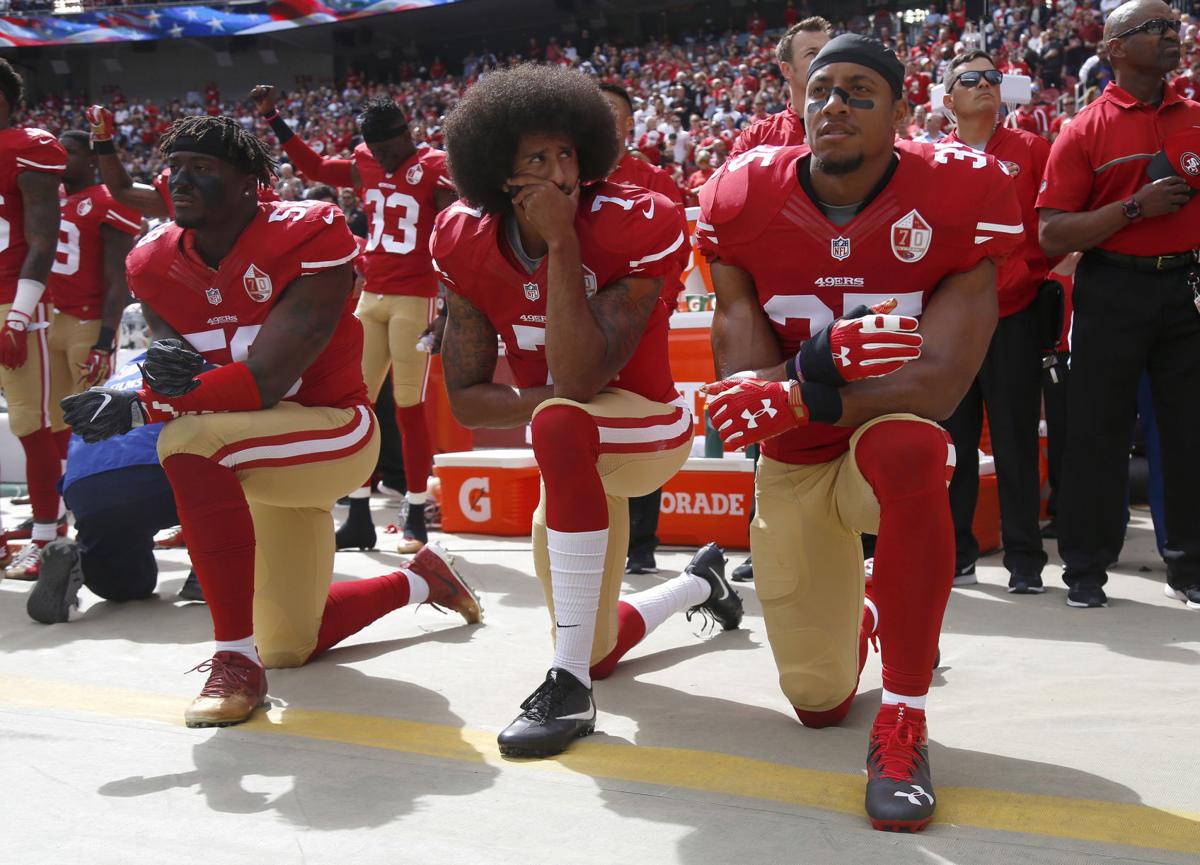 From left, San Francisco 49ers' Eli Harold (58), quarterback Colin Kaepernick (7) and Eric Reid (35) kneel during the national anthem before their NFL game against the Dallas Cowboys on Oct. 2, 2016, in Santa Clara. 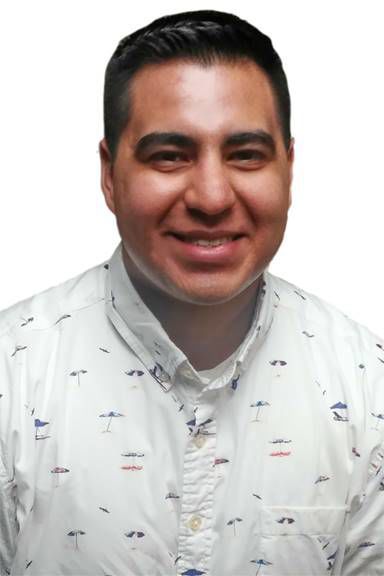 Four years ago, our nation had an opportunity to address racial injustice and police brutality and we blew it.

We refused to listen to Colin Kaepernick and I never understood why.

With our country currently in pain and turmoil, maybe we should’ve listened to Kaepernick’s message.

I’m not looking at Kaepernick as a holy savior, but maybe things might be a little different if we listened and had uncomfortable conversations about race and police brutality.

Donning a San Francisco 49ers uniform, Kaepernick wanted to raise awareness of police brutality and racial injustice in America by kneeling during the national anthem. He started his protest during the 2016 NFL preseason and he would continue to do so throughout the entire regular season.

It was a stance that had him blackballed from the NFL.

His protest became controversial when conservative commentators and leaders pinned Kaepernick as a villain against America, against the flag and against the military.

But he doesn’t hate America.

In fact, he wants to make this country better, especially for minorities, but his message got lost when it wasn’t the “right way” to protest, according to detractor.

It wasn’t the “right way” to discuss these important issues.

When it comes to protesting, quite frankly, there isn’t a “right way” to do it. A protest is not supposed to make the opposition comfortable. That’s literally the entire point of protesting.

Kaepernick stated several times throughout the 2016 season that his protest wasn’t against the flag or military.

Four years later, Kaepernick’s reason to take a knee came full circle with another knee. A knee that killed George Floyd, an African American man, on May 25.

In Minneapolis, Minnesota, now-former police officer, Derek Chauvin, knelt on Floyd’s neck until he lost consciousness and died. Chauvin knelt on his neck for eight minutes and 46 seconds.

When I watched the video, I was saddened, angry, demoralized and I was questioning why someone, who was hired to protect and serve the people in that city, would do this unspeakable act to an innocent black man.

Then I remember, this is what Kaepernick was addressing and people refused to listen.

Now, I hope people are listening. I say “hope” because there are some people still questioning the Black Lives Matter movement.

Floyd’s death led to protests that are ongoing in Minneapolis and nationwide. Locally, protests have taken place in Visalia, Porterville and Fresno as of press time. All of the local protesters have been peaceful and I'm proud of the Valley for that.

Protests in larger cities have turned violent where people rioted and looted several businesses. I don’t condone the violence. I’m not saying it’s right, but I understand it. People are angry and fed up with an oppressive system. They have not seen real changes enacted.

This weekend, I came across a Martin Luther King Jr. quote on social media that said “a riot is the language of the unheard,” and he was right.

If you're fixated on the riots, I also ask you to pay attention to the escalation of violence by police during the riots. I know not all protests have involved violence, but we shouldn’t ignore these occurrences either. Police violence against the innocent was the driving force of the movement.

I’ll admit that most of the looters are malicious opportunists, but if you’re vocal about those acts, keep that same energy and speak up about Floyd’s murder and the countless innocent black lives lost to the police, especially those that weren’t caught on camera.

And no, not all cops are bad. I’m not anti-police. I think it’s important for officers to hold each other accountable. Our elected federal, state and local government officials need to do the same.

It’s disheartening to see American cities burned and destroyed and I don’t have any answers, but I want to know what is the solution?

Kaepernick tried a peaceful way to bring awareness to these issues and people still didn’t listen.

Because apparently, Kapernick’s peaceful approach was too uncomfortable for those who don’t understand and they didn’t bother to inform themselves on these issues that need to be addressed.

Floyd was a reason why he took a knee.

Ahmaud Arbery was a reason why.

Brionna Taylor was a reason why.

The list of names goes on and that’s heartbreaking.

Moving forward, I hope we make progress to have uncomfortable conversations about race and social issues in our homes because that’s where it starts. Racists aren’t born, they’re raised. We need to make a change for our current and future generations.

Regarding Kaepernick’s message and this week’s unfortunate events, I’ll leave you with another MLK quote from a letter he wrote in his Birmingham, Alabama jail cell in 1963.

“Injustice anywhere is a threat to justice everywhere.”

For Jacob and Joshua Cisneros, winning runs in the family

SELMA — For Joshua and Jacob Cisneros, winning runs in the family.

From left, San Francisco 49ers' Eli Harold (58), quarterback Colin Kaepernick (7) and Eric Reid (35) kneel during the national anthem before their NFL game against the Dallas Cowboys on Oct. 2, 2016, in Santa Clara.