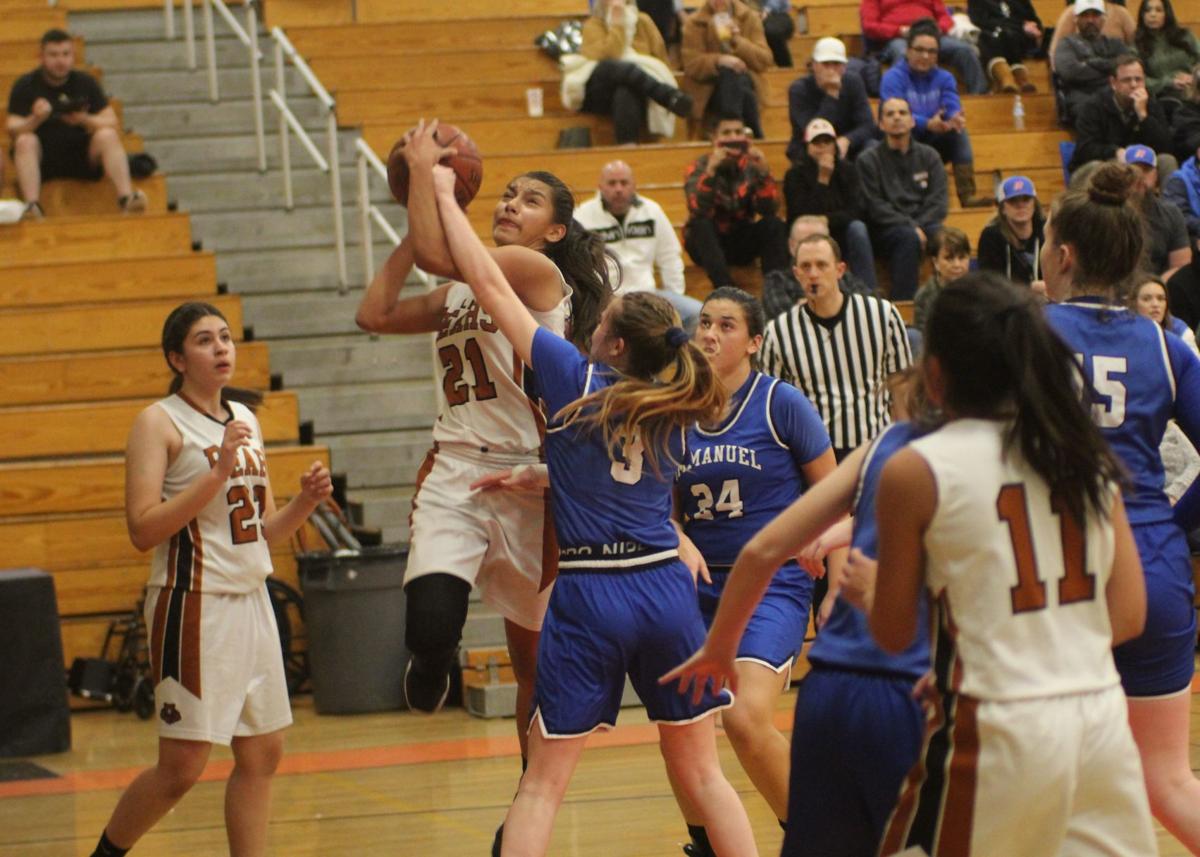 Selma guard Audrey Gonzalez shoots a contested shot during the second quarter of a Central Sequoia League game against Immanuel at Selma High School on Thursday. 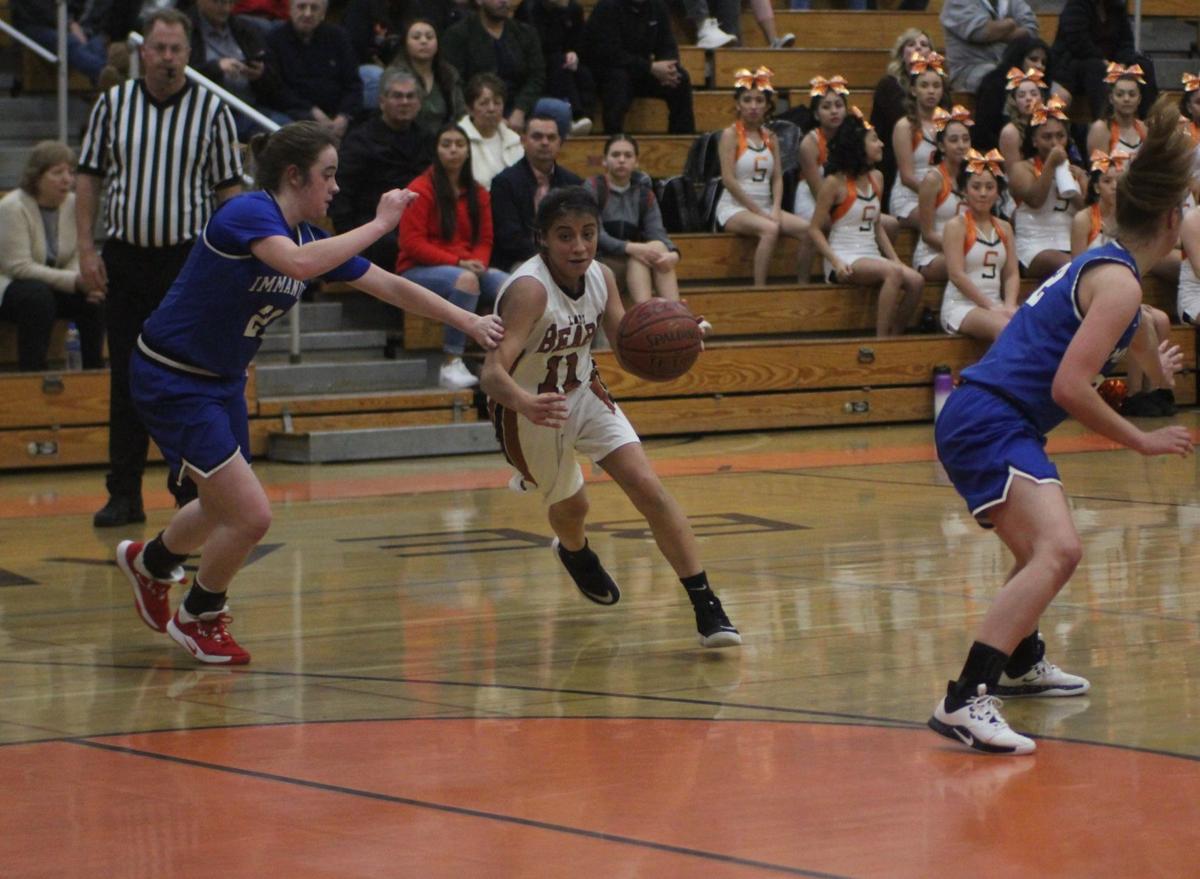 Selma guard Mireya Silva drives to the basket during the second quarter of a Central Sequoia League game against Immanuel at Selma High School on Thursday. 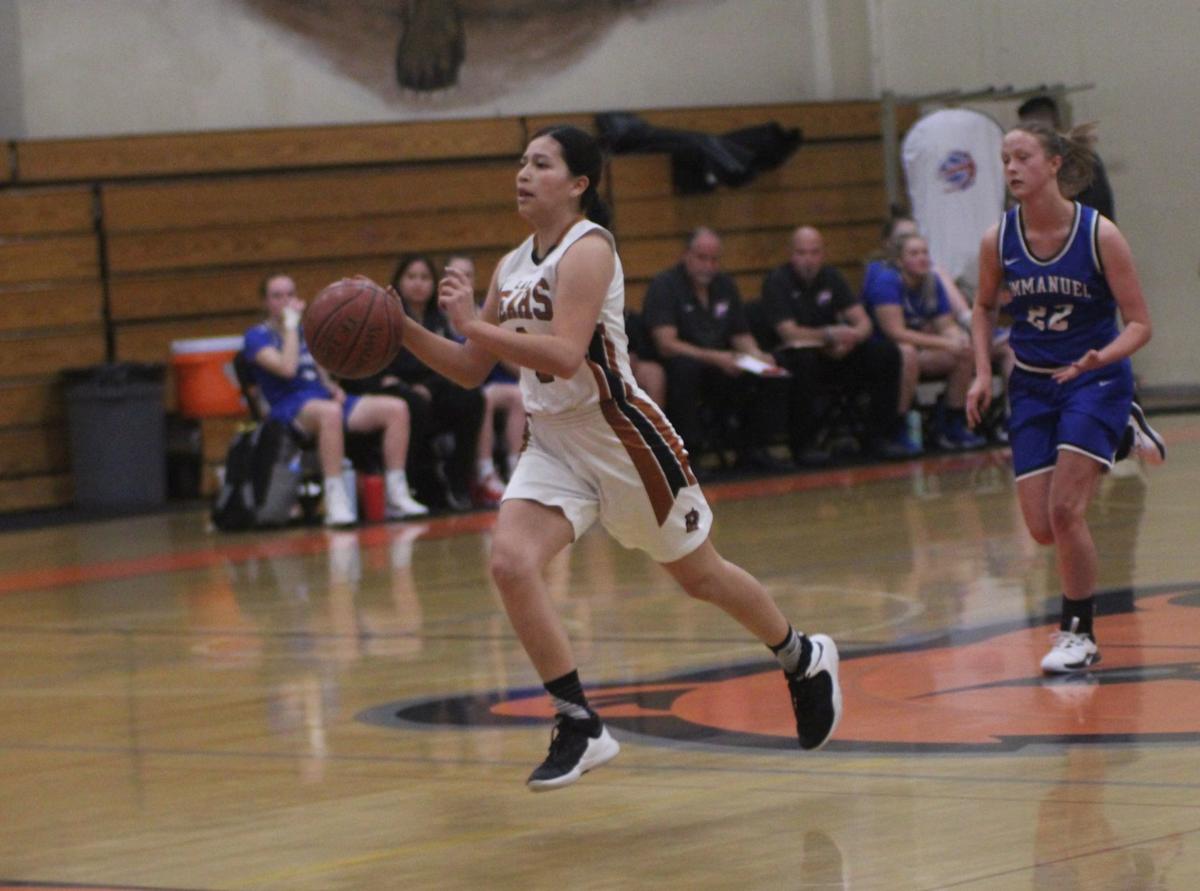 Selma forward Clarissa Moreno dribbles the ball on a fastbreak during the third quarter of a Central Sequoia League game against Immanuel at Selma High School on Thursday. 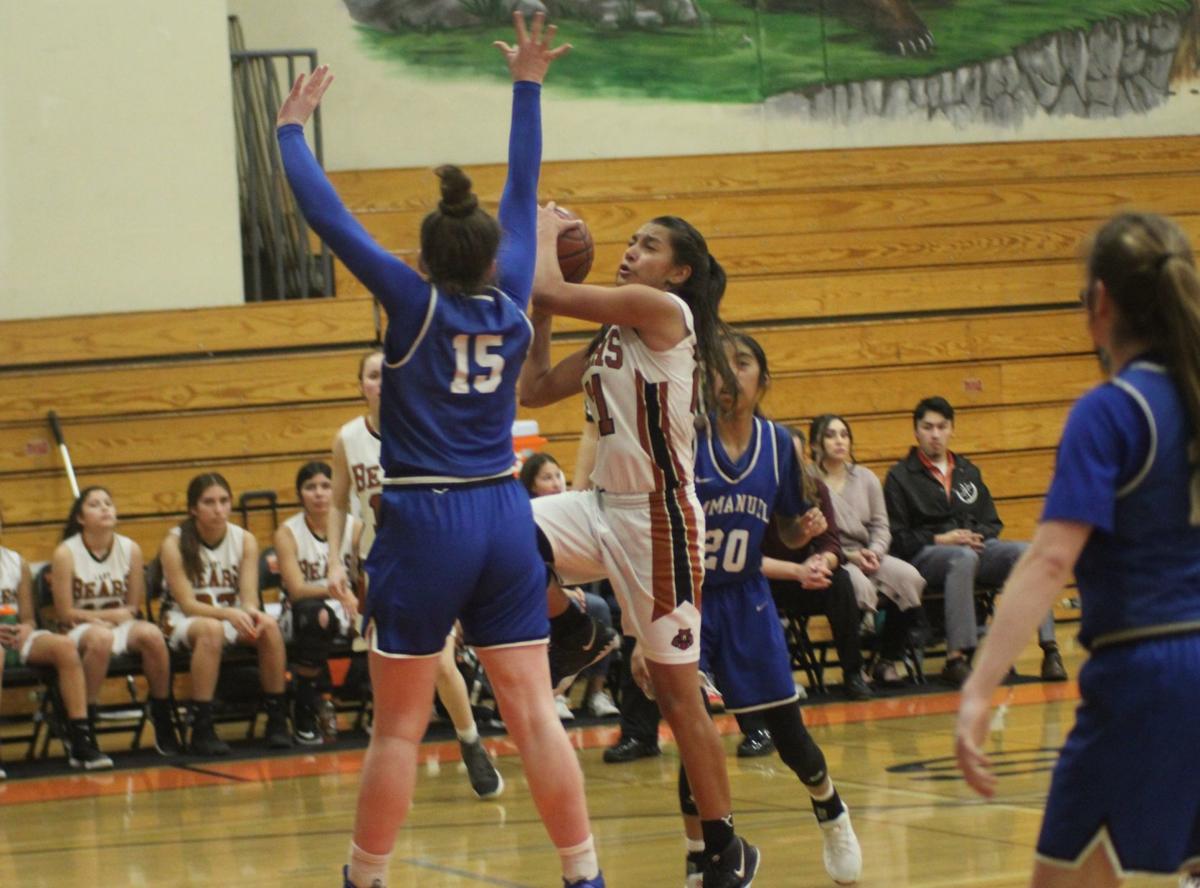 Selma guard Audrey Gonzalez jumps for the shot during the third quarter of a Central Sequoia League against Immanuel at Selma High School on Thursday.

Selma guard Audrey Gonzalez shoots a contested shot during the second quarter of a Central Sequoia League game against Immanuel at Selma High School on Thursday.

Selma guard Mireya Silva drives to the basket during the second quarter of a Central Sequoia League game against Immanuel at Selma High School on Thursday.

Selma forward Clarissa Moreno dribbles the ball on a fastbreak during the third quarter of a Central Sequoia League game against Immanuel at Selma High School on Thursday.

Selma guard Audrey Gonzalez jumps for the shot during the third quarter of a Central Sequoia League against Immanuel at Selma High School on Thursday.

SELMA - Behind a double double from Audrey Gonzalez, Selma defeated Immanuel 49-37 at home in its eighth straight victory on Thursday.

Gonzalez poured a game-high 32 points with 12 rebounds to help Selma (16-4, 5-0 CSL) stay unbeaten in the Central Sequoia League. It was the Bears 11th win in a row against CSL opponents dating back to last season. The team’s eight game winning streak is a season high.

Clarissa Moreno scored 13 points and Mireya Silva added four. Gonzalez, Moreno and Silva were the only girls to score for Selma. Hannah Husein was scoreless on the stat sheet, but she was a presence on the boards, grabbing 11 rebounds for the orange and black.

“I was pleased with the effort that we came with because we’re kind of in a position where people are going to plan for us, they’re going to throw everything in the kitchen sink at us,” Bears coach Paul Romig said. “We needed to put more effort and play smart and I thought we did that really well. There was adjustments we needed to make during the game and the girls listened to that and executed.”

The Bears started slow in the first quarter, falling behind in an early 4-13 hole with 3:44 left in the opening period. Selma got within three points after Moreno made two free throws and Gonzalez scored the Bears’ final two baskets in the first.

Selma gained its first lead of the night in the second quarter after Gonzalez put the Bears up 18-17 on a free throw with 4:26 left in the first half. Selma didn’t trail for the rest of the game.

“It was a tough game, they were coming out at us, but we fought back,” Gonzalez said.

Both teams struggled to reach double digits in the third quarter, but Selma led 34-24 heading into the fourth after outscoring Immanuel 8-6 in the third.

With over a minute left to play, Romig put his reserves in with his team up 18 points, but the unit allowed six consecutive points and the gap was narrowed to a 12 advantage with 42 seconds to go. Romig put his starting unit back on the floor to close out the game. Selma outscored Immanuel 15-13 over the final period.

“It was a very physical game, but we pushed through it,” Moreno said.

Alegria Pena of the Eagles scored a team-high 14 points and was Immanuel’s only scorer in double figures. Brooke Hatch scored nine points and Sammie Greene added seven for the Eagles.

On top of winning its first five league games, Selma prevailed through travel issues en route to Las Vegas, where the girls competed at tournament on Dec. 27-28. If the Bears want to make a second consecutive appearance at Selland Arena, it could be a trip that the team could reflect on when they begin their Central Section Division II playoff run.

“What’s usually a six-hour trip turned into 20,” Romig said. “Snow did not help us. Snow closed Tehachapi, snow closed the Grapevine. We went all the way west, put the chains on and unfortunately there was a car that spun out in front of us, so it took us three hours to go three miles, but the girls were able to get out and play in the snow.”

“Then traveled to San Bernardino and again through Baker, but the snow had close that overpass. So it took us about three hours to go three miles to go into Baker because everyone was stationed there. We took the roundabout way around the mountain and finally got in 20 hours after we left.”

After facing adversity with travel, the Bears won the tournament with a 4-0 record and played four games in two days. They were supposed to compete on Dec. 26, but their first game of the tourney got postponed to the next day.

“It was obviously a tremendous bonding opportunity for all the girls on the team,” Romig said. “The girls will raise when we talk about the reflection of it, the importance of keeping your eye on what your goal is, what you want to do and they did that. They persevered and we tried to use that as a case in point where ‘Boy, what you’re capable of if you focus on the things that are most important to you’ and I think they carried that onto the floor. They did a great job of winning four games there and getting the championship and certainly a life long memory.”

Selma will close out the first round of league play in a road matchup against rival Kingsburg (4-11, 2-2 CSL) on Friday at 7 p.m. The Bears split the season series 1-1 against the Vikings during the 2018-19 campaign.