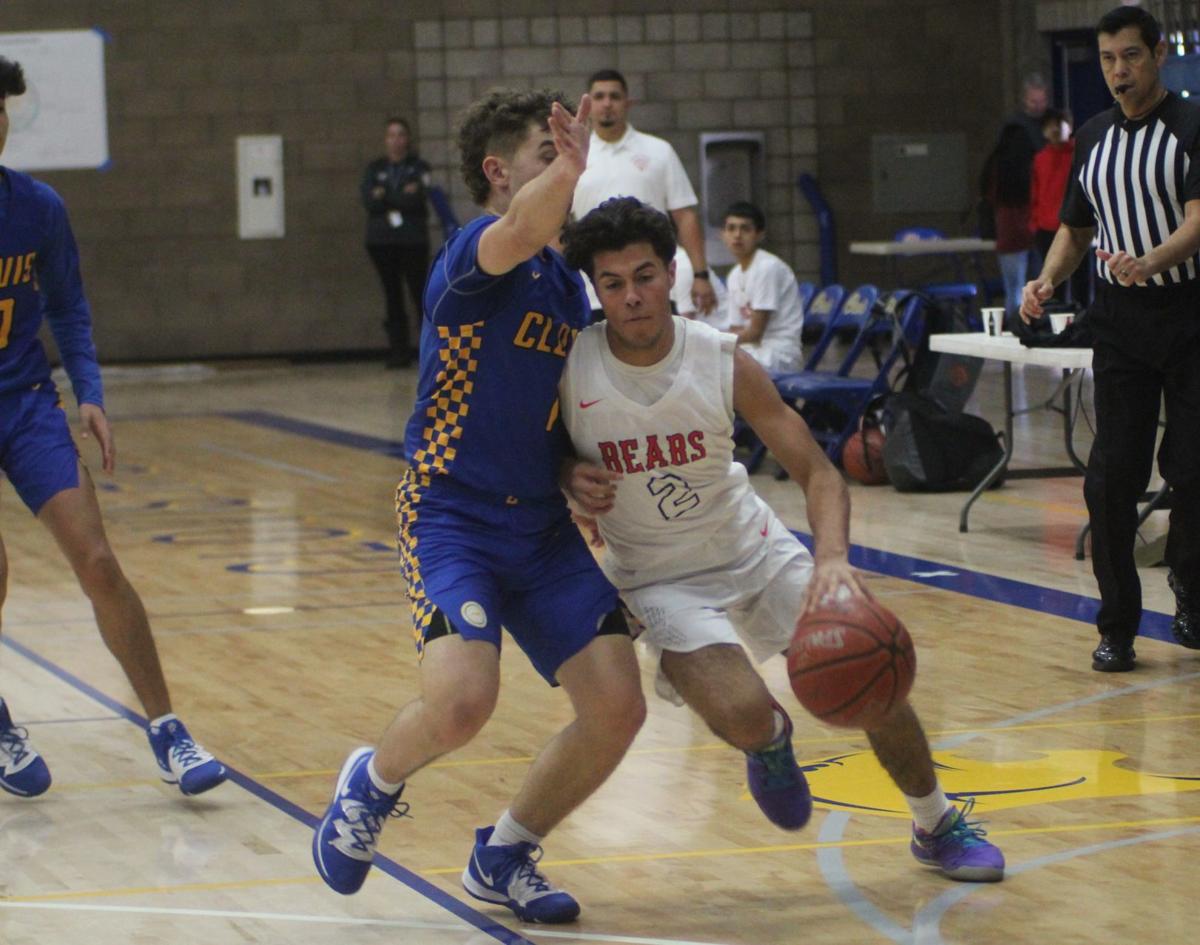 Selma's Aaron Blancas dribbles the ball past a defender during the first quarter of a tournament game against Clovis at the 38th Annual Clovis Elks Tournament at Clovis High School on Thursday, Dec. 26. 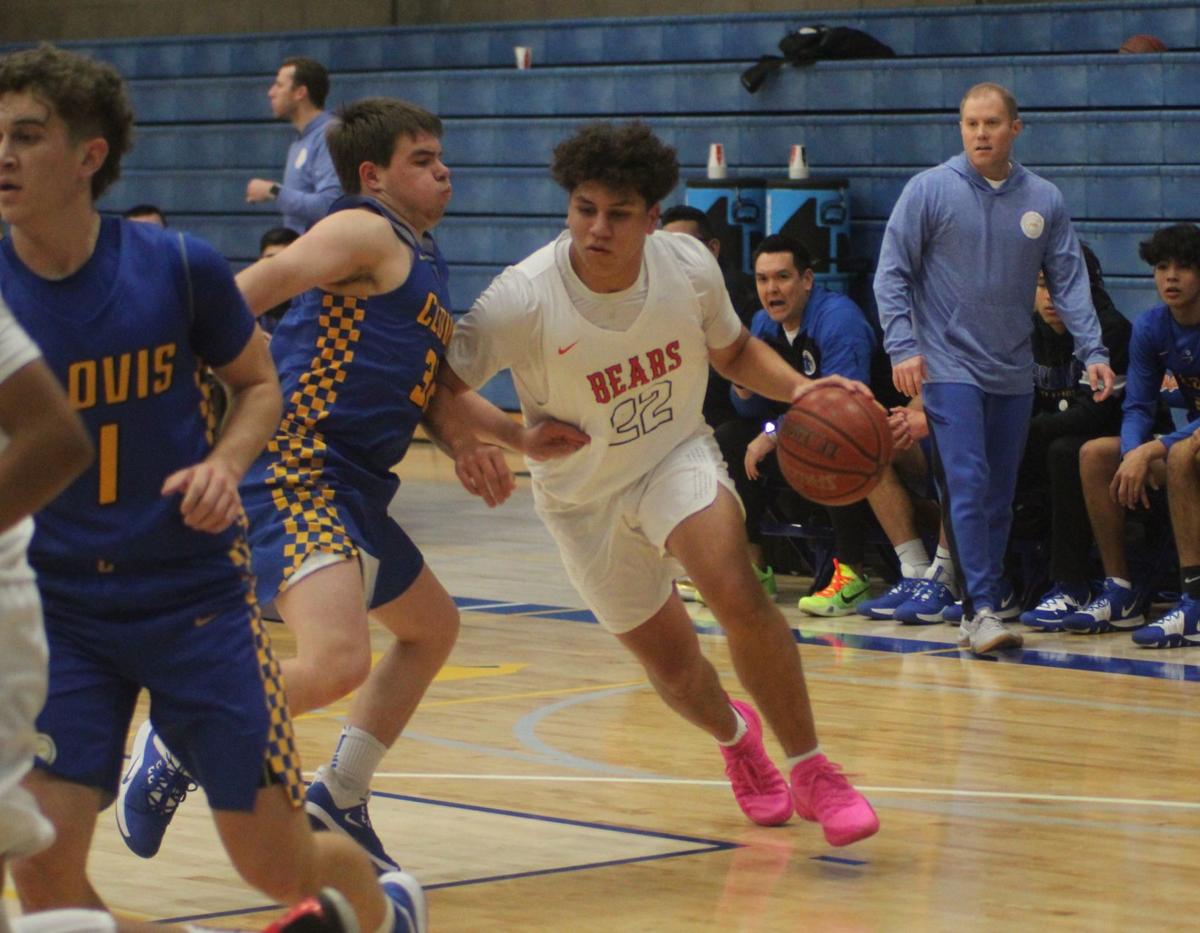 Selma forward DJ Rodriguez drives to the basket during the first quarter of a tournament game against Clovis at the 38th Annual Clovis Elks Tournament at Clovis High School on Thursday. 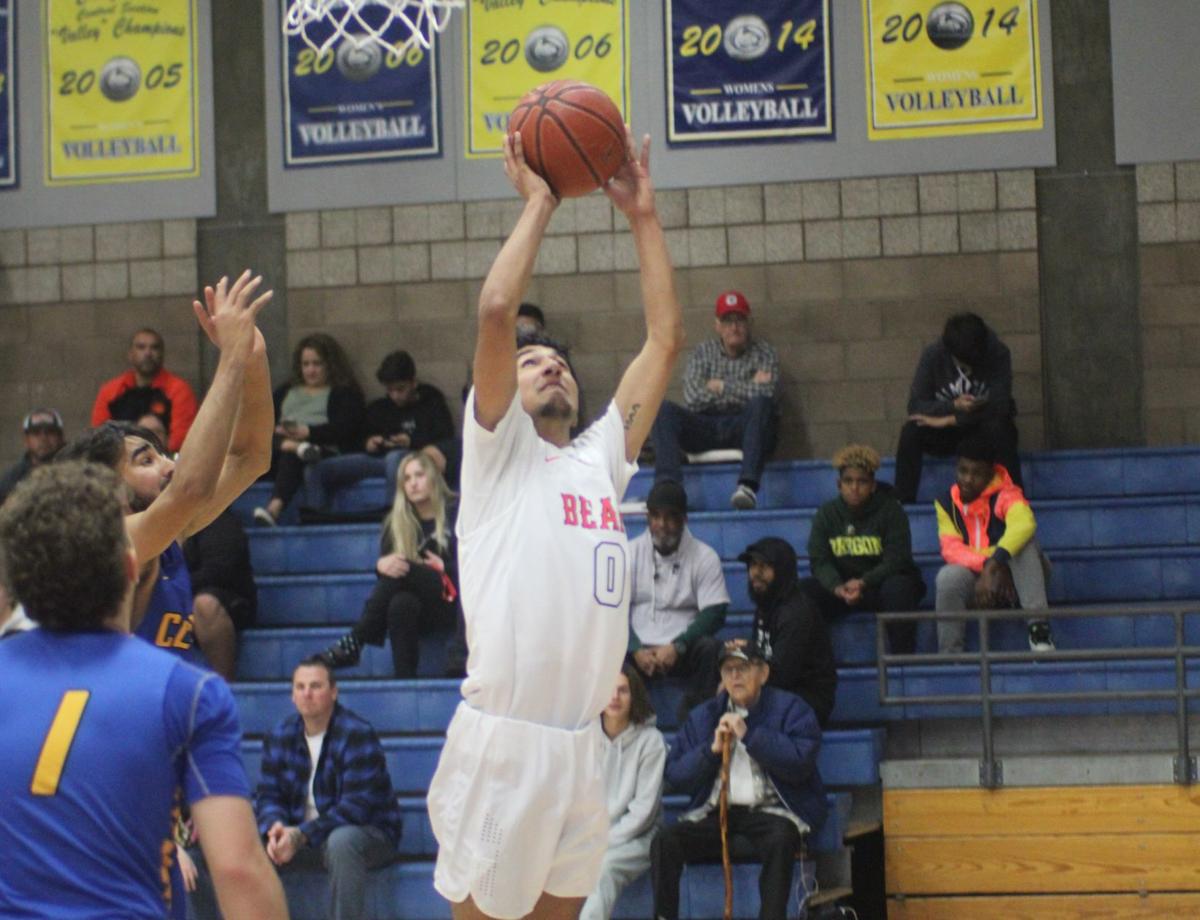 Selma's Matt Hernandez shoots inside the paint during the third quarter of a tournament game against Clovis at the 38th Annual Clovis Elks Tournament on Thursday, Dec. 26.

Selma's Aaron Blancas dribbles the ball past a defender during the first quarter of a tournament game against Clovis at the 38th Annual Clovis Elks Tournament at Clovis High School on Thursday, Dec. 26.

Selma forward DJ Rodriguez drives to the basket during the first quarter of a tournament game against Clovis at the 38th Annual Clovis Elks Tournament at Clovis High School on Thursday.

Selma's Matt Hernandez shoots inside the paint during the third quarter of a tournament game against Clovis at the 38th Annual Clovis Elks Tournament on Thursday, Dec. 26.

CLOVIS - Before resuming Central Sequoia League play this Friday, it would be a tough couple of days for the Selma Bears at the 38th Annual Clovis Elks Invitational at Clovis High School last week.

The Bears (4-11, 1-1 CSL) concluded the tournament with a 76-61 loss to Buhach Colony on Monday in a game that resulted in the Thunder winning the white pool of the tournament. The 38th annual tourney featured both championship and consolation brackets along with three separate pools (gold, blue, and white). The white and gold pools featured four teams while the blue had three. The championship platinum bracket began with eight teams.

Selma was placed in the white pool after opening the tournament with a 80-73 loss to the hosting Clovis Cougars on Thursday. The Bears went 1-3 throughout the four-day event.

“That was a very winnable game, that’s frustrating,” Bears head coach Johnny Vargas said about the loss to Clovis. “To get into this tournament and be able to take out a Division I team in the (Tri-River Athletic Conference), it’s frustrating. This one definitely hurts.”

Selma took a 10-point lead in the fourth quarter over the Cougars, but their lead would evaporate after Clovis started the final period on a 13-2 run and eventually going down 67-66 with 4:45 left to play.

The Bears briefly regained the lead on two free throws from Joey Ramirez, but Selma eventually went down again at 71-73. Clovis stretched its lead to six points after guard Cal Stilson made four free throws after a technical was called on the Bears.

After a nine-point 80-71 lead for the Cougars would eventually sealed the game for the hosting school. Clovis outscored Selma 26-9 in the fourth quarter.

“I want to stop using ‘We ran out of gas’ as an excuse,” Vargas said. “I think that was a very winnable game. It’s disappointing. We played so well for three and a half quarters, well, three quarters, and we just fell apart in the fourth quarter.”

Ramirez scored a team-high 26 points for the Bears while Ashlan Morris recorded the same amount for the Cougars.

It was the second straight game that the Bears fell apart in the second half. On Dec. 16, Selma fell 90-71 to Dinuba in a CSL game that was within reach for the Bears, who at one point had a 44-40 second quarter lead before going down 46-44 at halftime. The Emperors managed to outscore Selma 22-10 in the third quarter and 22-17 over the final period.

“It’s a little bit with the mindset, but a lot of is the trust that we have in each other,” Vargas said. “I think some guys don’t trust other guys and I just feel that we do have good things and we get away from it. We try to throw the knockout punch on one possession instead of taking it one possession at a time.”

On Friday, the Bears began pool play with a 78-59 loss to East Bakersfield. Aaron Blancas was the leading scorer for Selma at 20 points.

Selma got on the win column on Saturday with an impressive 80-68 victory over Dos Palos behind 20-point performances from Ramirez and Blancas. Ramirez scored 26 points while Blancas had 24.

In the Bears’ final game, Ramirez was the team’s leading scorer at 33 points against Buhach Colony.

“We just need to compete man,” Vargas said about resuming league play this week. “We’re 1-1 in league right now and league is still very up for grabs. There’s a lot of good teams in our league. I’m just trying to get better every day, I’m trying to get there. I want to compete in league and hopefully sneak into the playoffs and make a little bit of noise. Hopefully we can figure this thing out and turn it around quickly.”

Selma will host a non-league matchup with Liberty-Madera Ranchos on Thursday night at 7 p.m. The Bears will resume CSL play on the road against Hanford West on Friday. Tip-off is scheduled for 7 p.m.

Get exclusive local and national political news in your inbox.