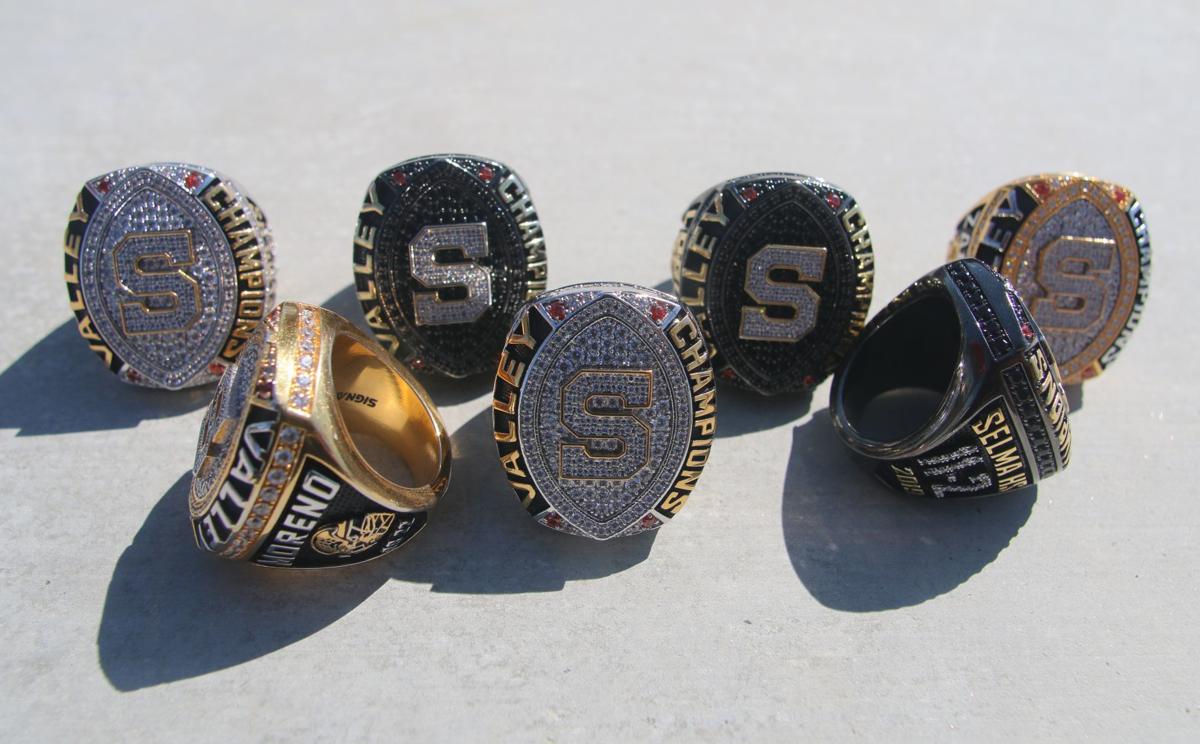 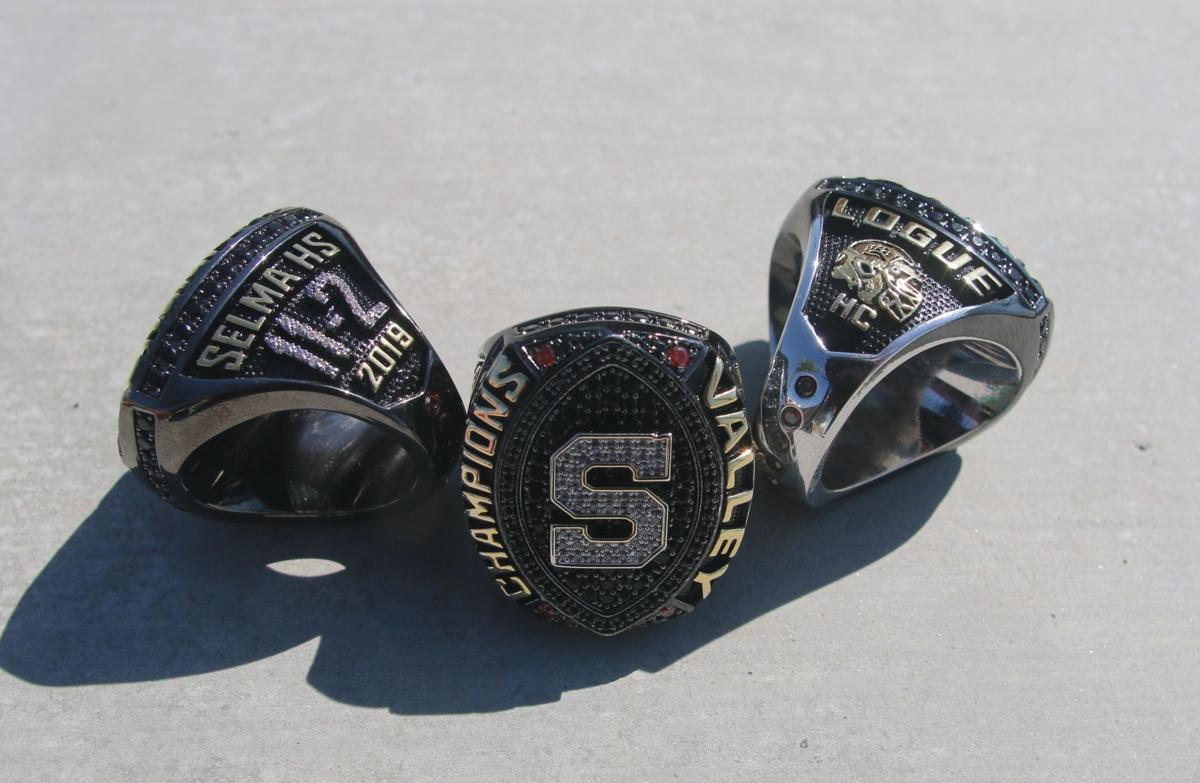 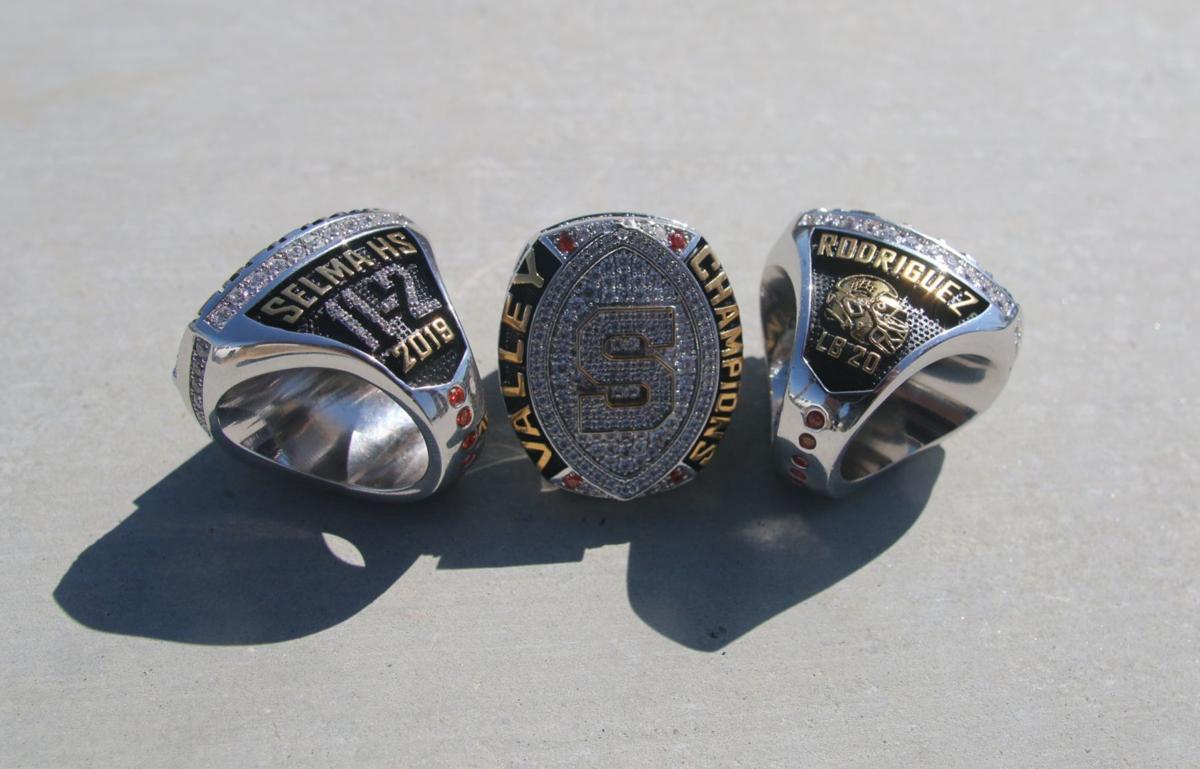 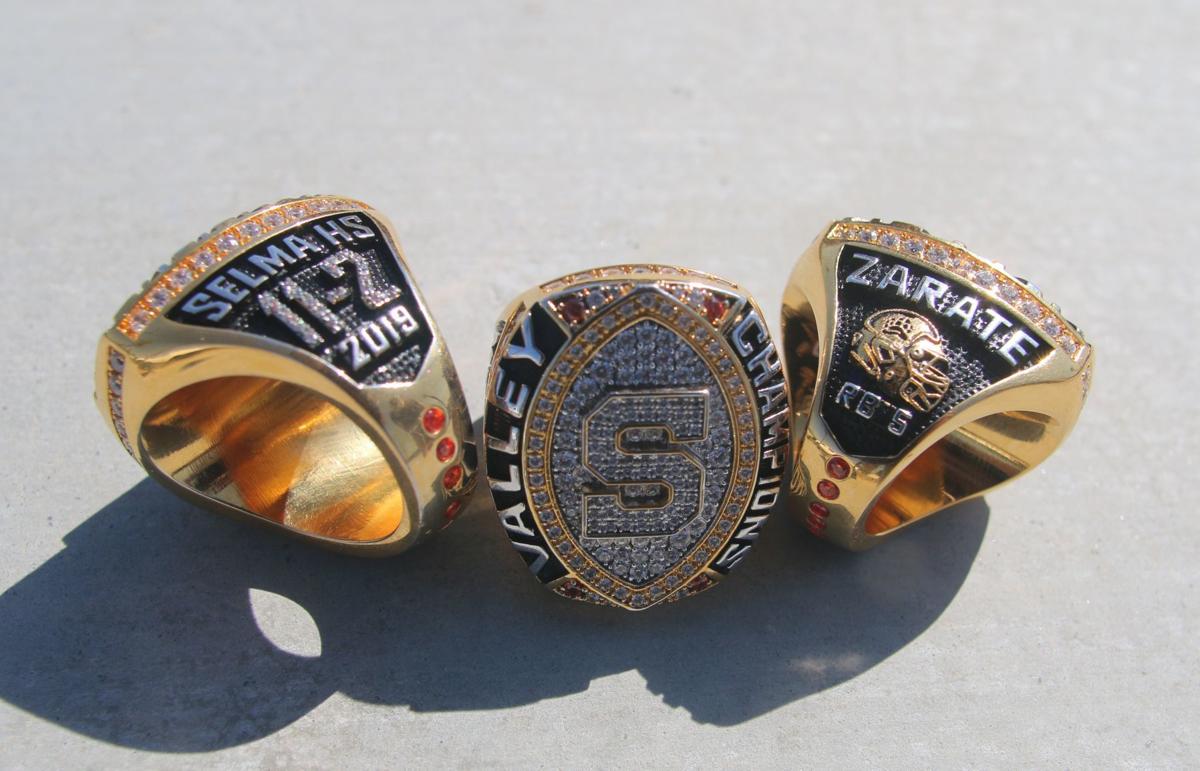 “Winning the championship and the group of kids that know what it takes for them to do that and how special it is, the ring symbolizes why it’s so important to me.”

The Enterprise Recorder got an up close look at the Selma’s championship rings on Thursday and they came in three colors: Gold, silver, and black. The enlarged ring has the Bears 11-2 record engraved on one side and the players name, position, and jersey number on the other.

A large “S” for Selma is engraved in the middle of the ring with the words “Valley” and “champions” surrounding the letter.

“It feels good just to finally have it on and wear it around and be able to show it off,” Adam Rodriguez, a recent Selma High graduate, said.

The team officially received their rings in May and they have been part of the players’ attire.

Rodriguez said he doesn’t wear the ring everywhere, but he’s put it on for special occasions.

“I do get a couple of remarks here and there because of how big it is,” Rodriguez said. “I just be humbled about it.”

Rodriguez played running back and linebacker during the Bears’ championship season. He was named the Central Sequoia League’s Defensive Player of the Year on top of earning Second Team honors as a running back.

Aaron Moreno was another running back that was vital to the team’s championship run. Moreno was an All-CSL First Team member and he wears his ring proudly and often.

“I wear it to the supermarket,” Moreno said. “Everywhere.”

Moreno said the ring is heavy, but he loves the size of it.

“There’s no reason to not get it big,” Moreno said. “We played all away games so I think we earned the size.”

Aaron Blancas, a First Team selection on defense and special teams, was another player who loved the size of the ring.

“I’ve seen their last ring and I wanted to go bigger than that,” Blancas said.

Blancas also earned Second Team honors after a dynamic season as a receiver.

Moreno and Blancas are incoming seniors at Selma High.

For Logue, it’s the second ring for him in five years with his previous coming in 2016.

Both rings are significant to him, but when asked which one was his favorite, he liked each for different reasons.

“I like the look of the new one, this one is my first championship as a player or as a coach,” Logue said while looking at his 2016 ring. “It’ll probably be the one that sticks out to me the most, but to me this [new] ring is beautiful, bigger and it has more shine to it.”

“Some guys coach their whole lifetime and never get one. For me, as a player, I never won anything. When I was an assistant coach at Sanger, we never won and we have two in five years here and it’s been super special.”

The Bears defeated Washington Union 35-21 in the Division IV championship game in November. Selma was the No. 2 seed while the Panthers were the top ranked team in the bracket.

The Bears concluded the season at 11-3 (4-1 CSL) after losing in the CIF Southern California Division 4-AA Regional Championship. Selma fell 42-29 to Highland from Palmdale in the state playoff game.

All 14 of Selma’s games were on the road due to the reconstruction of Staley Stadium.

Despite uncertainty regarding the fall sports season, the Bears are currently scheduled to kick off the season against Kerman on the road on Aug. 21. Selma is slated to play its first game at its newly renovated stadium on Aug. 28 when the Bears host Madera High.

“We can’t enjoy [these rings] too long because we have to forget about last year and start worrying about this year in the near future,” Logue said.

SELMA - Entering his first year as head coach of the Selma High volleyball team, James Salazar is staying positive as the future of the fall s…

SELMA - The high school football season remains uncertain, but the Selma Bears were ecstatic to be back on the field last week.

Column: Halfway through a historic year

We have six months left of 2020 and it’s definitely a year that I won’t forget.