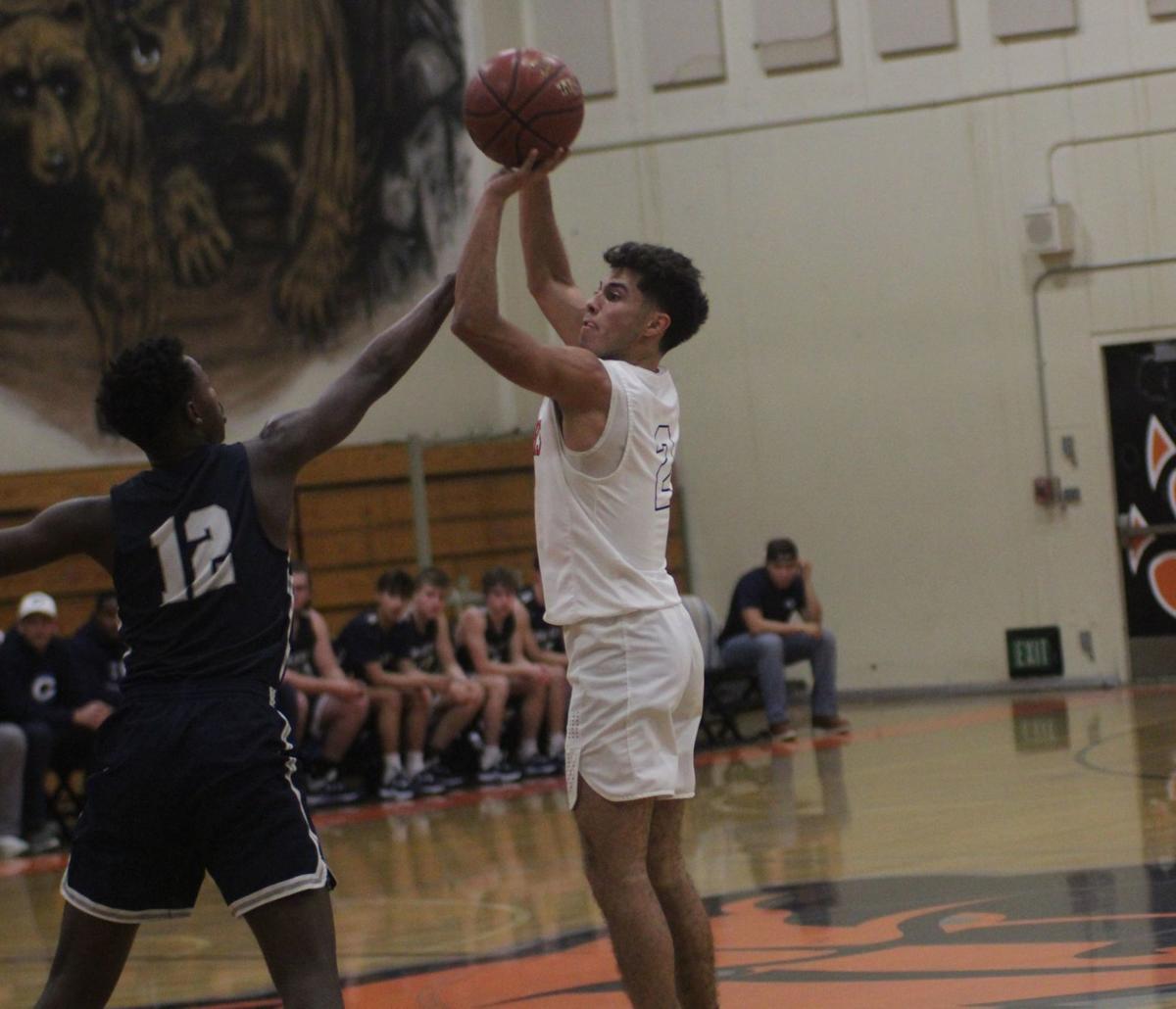 Selma guard Aaron Blancas shoots over a defender during the third quarter of a Central Sequoia League game against Central Valley Christian at Selma High School on Wednesday, Jan. 22. Blancas scored a game-high 29 points in the Bears' 57-54 win. 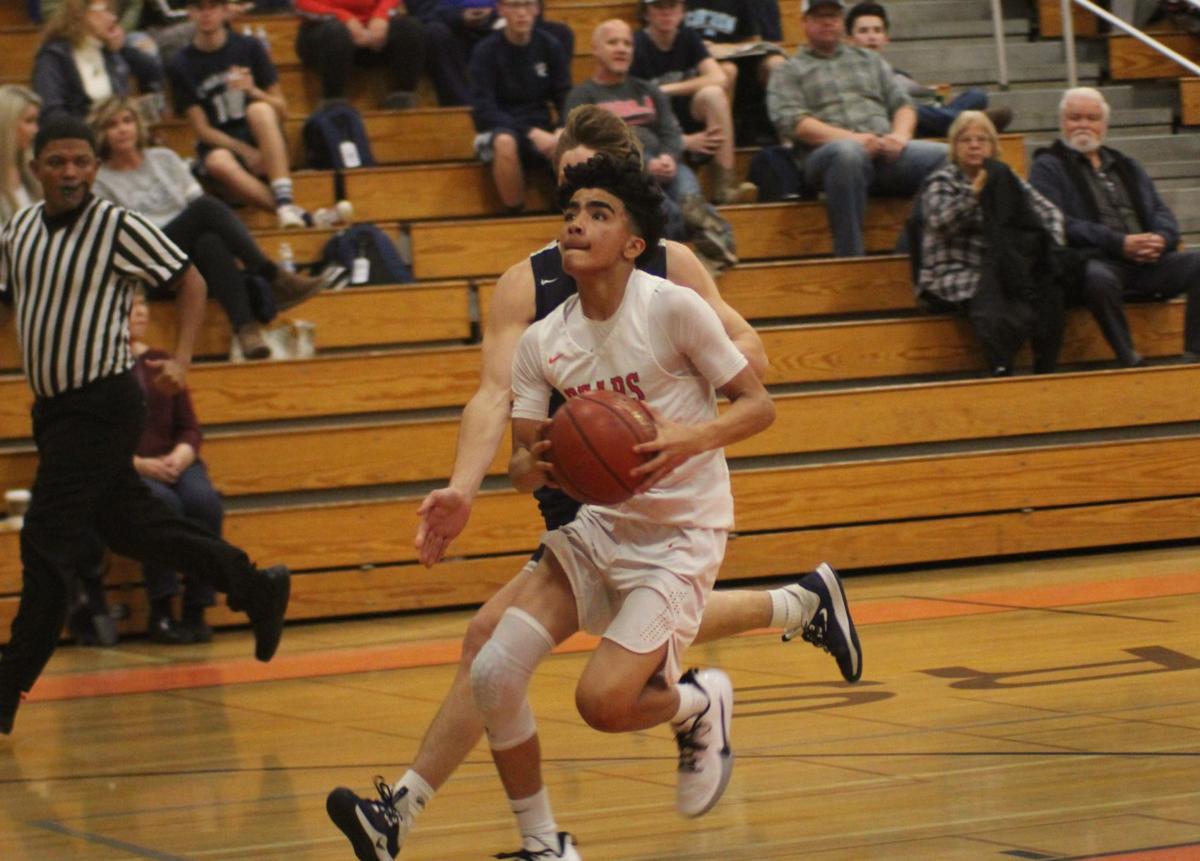 Selma guard Nick Esparza goes to the rim during the first quarter of a Central Sequoia League game against Central Valley Christian at Selma High School on Wednesday, Jan. 22. 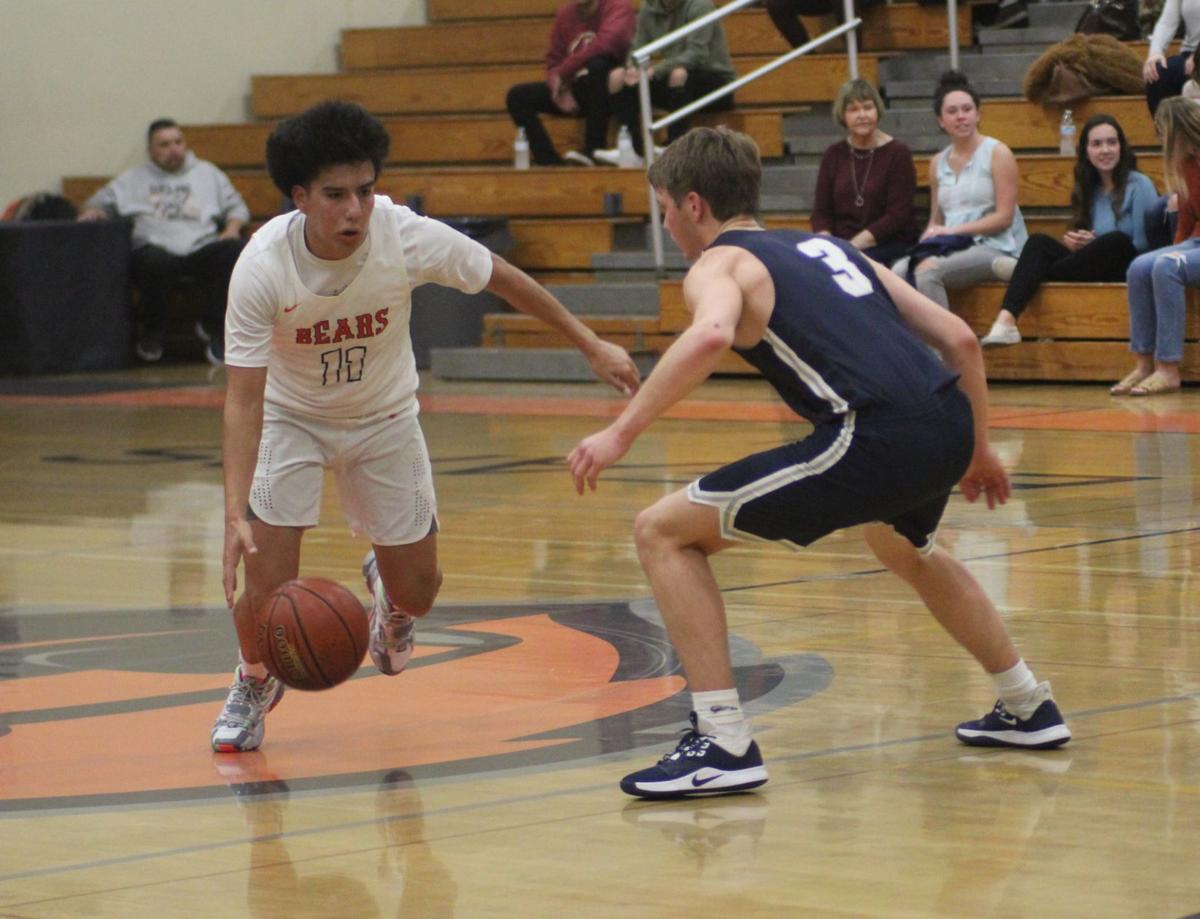 Selma guard Joey Ramirez attempts to dribble past a defender during the fourth quarter of a Central Sequoia League game against Central Valley Christian on Wednesday, Jan. 22.

SELMA - Selma held off a late run from Central Valley Christian to claim a 57-54 victory at home on Wednesday, Jan. 22.

Two days later, the Bears loss 82-52 Dinuba in a road game, followed by a 67-59 defeat to Roosevelt at the Road to Selland Showcase on Saturday.

With four games left in the season, Selma is 8-17 overall and 4-4 in the Central Sequoia League.

“If our kids just stick together and we keep playing hard and keep making plays, it’s very doable for us to get where we want to get,” Bears coach Johnny Vargas said.

In the game against the Cavaliers, the Bears trailed once in the fourth quarter and led by as much as 10 points in the final period. The Cavaliers' only lead of the fourth was a 34-32 advantage inside the opening minute of the quarter.

The Bears went up 48-38, the largest lead of the game for either team, but the score would get dwindled down to two points with 3.7 seconds left. Selma was holding a 55-50 lead with 17 seconds on the clock and CVC’s Luke Van Groningen got the Cavaliers within two points with a three pointer.

Aaron Blancas was fouled by Van Groningen on the next possession and would make a free throw to extend the Bears’ lead to 56-53. In the final 3.7 seconds, Selma didn’t give the Cavaliers a chance for a three-point play, as a Joey Ramirez foul sent Campbell Moons to the free throw line.

Campbell made his first attempt and tried to give the Cavaliers a chance of a putback, shooting the ball towards the glass, but Selma rebounded and Blancas drew a foul. The junior made one of his two free throws to extend the Bears' lead to three points.

On the final possession, a hail mary-type shot from Van Groningen was short.

“It was very important to get a win like this,” Ramirez said. “Tough loss versus Kingsburg [on Jan. 17], we played really hard, we knew we had to get a win tonight to set us up for a big game on Friday versus Dinuba.”

Blancas scored a game-high 29 points and Ramirez added 21. Ramirez was 6-of-10 at the three-point line. They were the only double-digit scorers for Selma. DJ Rodriguez only had two points, but he was a presence in the paint with 11 rebounds.

The score was tied 13-13 after the first quarter and the Bears led 22-18 at halftime. The third quarter ended with Selma leading 33-32.

“It’s a very good win, it shows us where we’re at,” Blancas said. “Good teams always find a way to get a win at the end even though it was a rough one.”

In the game against Dinuba, the Emperors went up 32-8 after the first quarter and led for the rest of the night. Rodriguez scored a game-high 21 points, Blancas added 13 and Nick Esparza had 10.

At the showcase against Roosevelt, the Bears had a 35-15 lead at one point during the second quarter, but a 14-2 run from Rough Riders would have Selma on top 37-29 at halftime. The Bears led 21-11 after the first quarter. The score would be tied 48-48 at the end of the third.

The Rough Riders outscored the Bears 38-22 in the second half.

Selma will look to bounce back at home against Hanford West tonight at 7 p.m. The Huskies won the first meeting in a 99-82 final. Hanford West (13-9, 4-4 CSL) will be coming into the game on a four-game losing streak. After, the Bears will take on Exeter (4-17, 0-7 CSL) on Friday in a road matchup.

Letter to the Editor: Elizabeth Egan

I have known Elizabeth Egan for 18 years. Her integrity, devotion to our community and the rule of law is second to none. As our District Atto…

The Word Walk: Recognizing The Voice of God

Selma guard Aaron Blancas shoots over a defender during the third quarter of a Central Sequoia League game against Central Valley Christian at Selma High School on Wednesday, Jan. 22. Blancas scored a game-high 29 points in the Bears' 57-54 win.

Selma guard Nick Esparza goes to the rim during the first quarter of a Central Sequoia League game against Central Valley Christian at Selma High School on Wednesday, Jan. 22.

Selma guard Joey Ramirez attempts to dribble past a defender during the fourth quarter of a Central Sequoia League game against Central Valley Christian on Wednesday, Jan. 22.