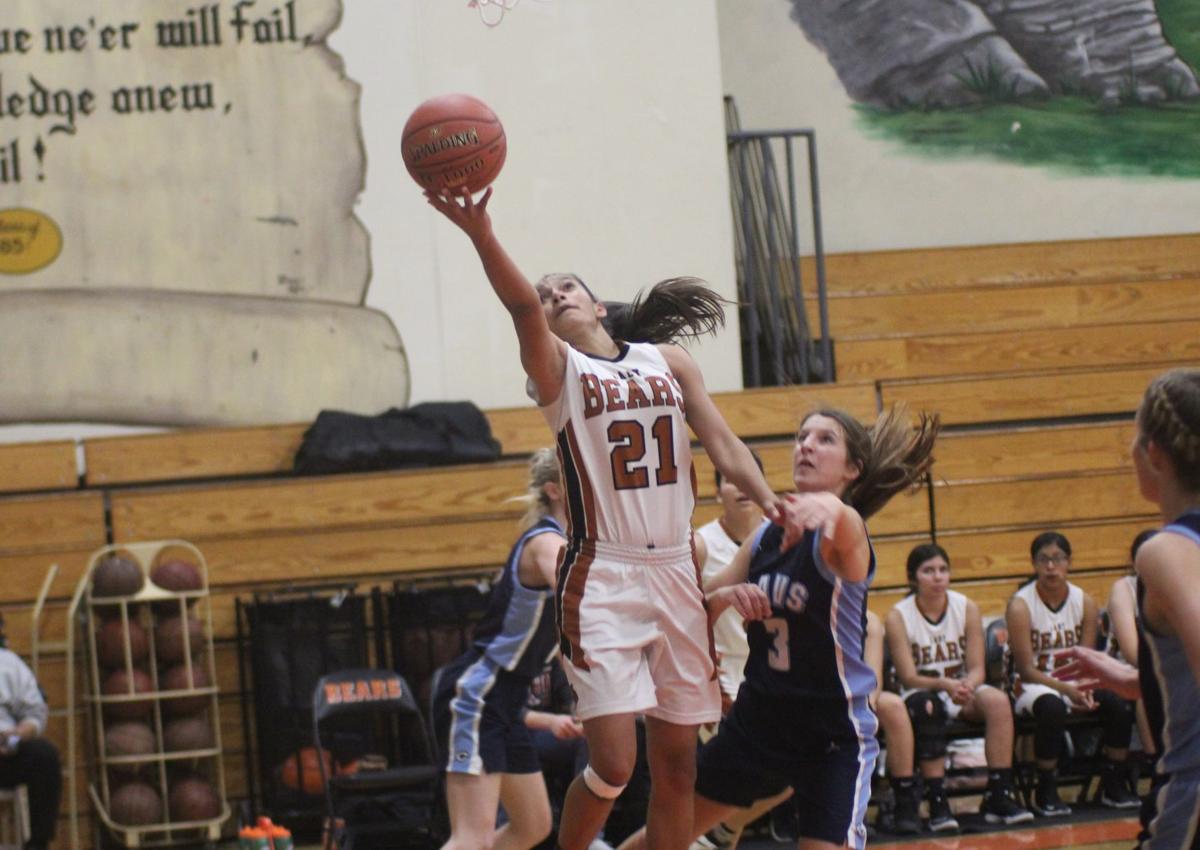 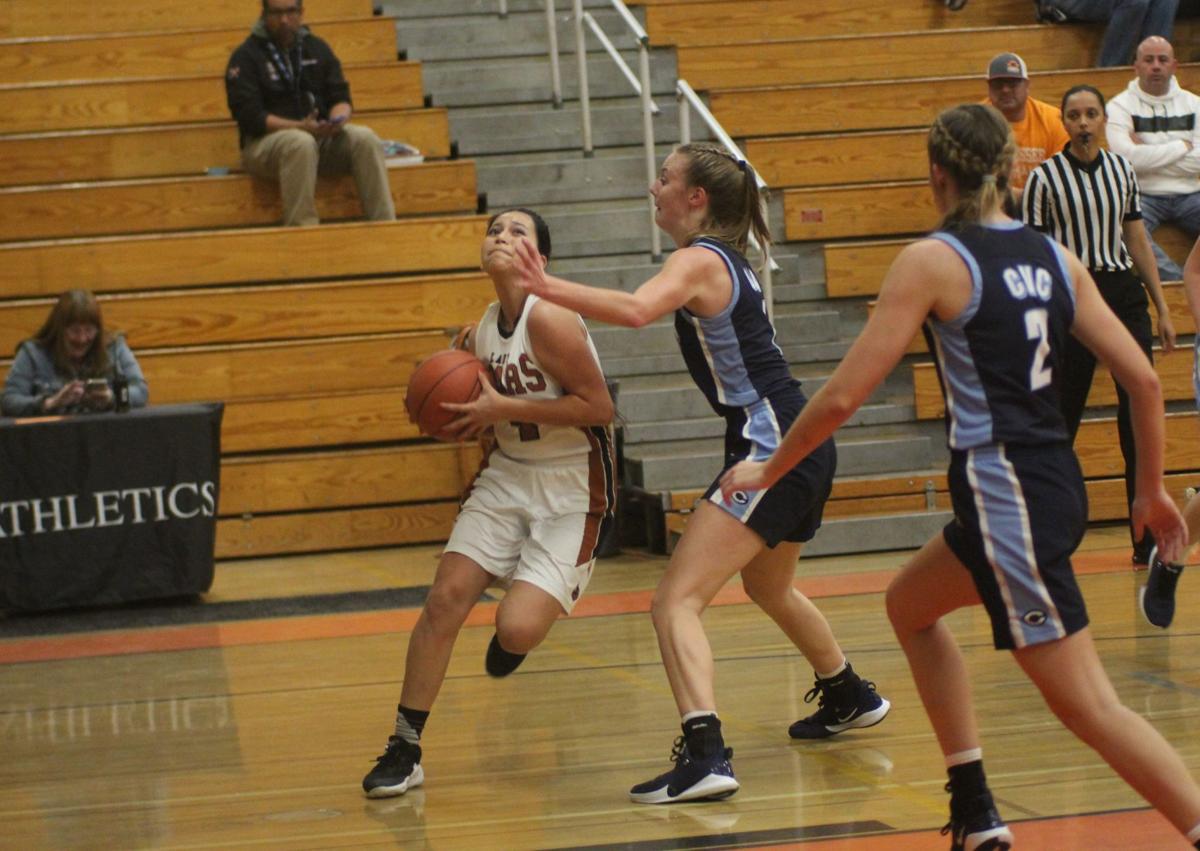 Selma forward Clarissa Moreno drives to the basketball during the second quarter of a Central Sequoia League game against Central Valley Christian at Selma High School on Tuesday, Dec. 10. 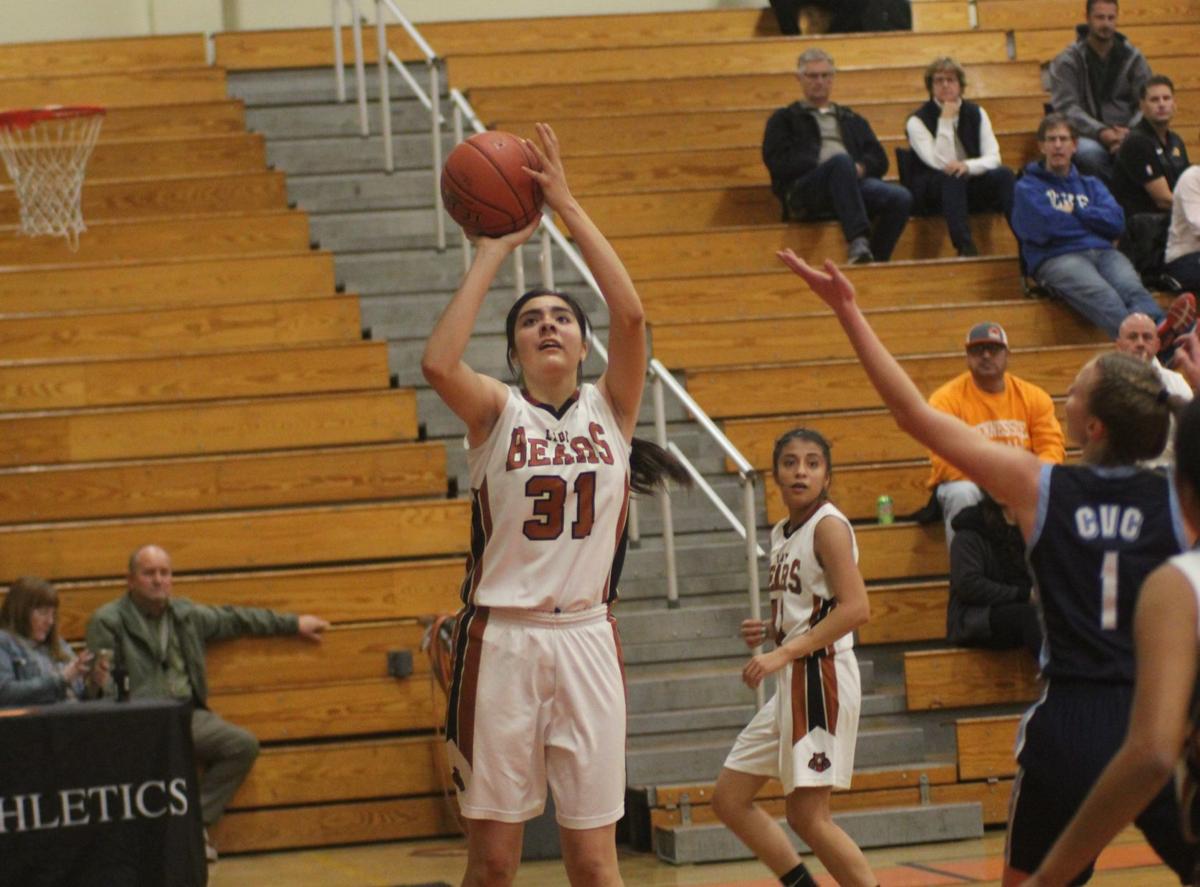 Selma forward Clarissa Moreno drives to the basketball during the second quarter of a Central Sequoia League game against Central Valley Christian at Selma High School on Tuesday, Dec. 10.

SELMA - In the first Central Sequoia League game of the season, the Selma Bears put together their most dominant performance of the season so far.

Behind a trio of double-digit scorers, Selma defeated Central Valley Christian 60-20 at home on Tuesday, Dec. 10. It was the sixth-straight win and the largest margin of victory of the season for Selma (8-3, 1-0 CSL).

“One of our goals is to be successful in league,” Bears head coach Paul Romig said. “We talked about last night at practice adding another number to the banner up there [in the gym] and today was a good start toward that.”

“I think we all did really good, it was a team effort,” Moreno said. “We all just worked really hard.”

Selma improved to a 21-3 mark against league opponents since the 2017-18 campaign. The Bears have won its past seven league games dating back to last season.

“It feels good to keep being dominant even after last year,” Gonzalez said. “We just want to keep this up and get another league title.”

The Bears dominated the game early on both ends of the floor, ending the first quarter with a 28-6 lead. Selma continued its dominance in the second quarter by holding CVC to two points and going into halftime with a 43-8 advantage.

The Bears took its largest lead of the game by going up as much as 44 points at the end of the third quarter. With a commanding 60-16 lead through three quarters, Selma’s starters would not play in the fourth quarter, which had a running clock implemented at the start of the quarter. The Bears’ reserves were held scoreless while the Cavaliers had four points.

Prior to facing CVC, the Bears were the champions of the 44th Annual Selma Shootout, which was the second consecutive year Selma won the tournament. Through the first four weeks of the season, Romig has seen improvement for last year’s returning starters - Gonzalez, Moreno and Sanchez.

“I think there’s been a lot of growth out of them in the last week in a half,” Romig said. “Audrey, Clarissa, and Yesenia are extremely playing at a high level. Mireya in her first year as varsity is getting more confidence as we go along and has a better comprehension and whether its Brisa [Pacheco Ramos] or Hannah [Husein] or Gianna [Lujan], they’re understanding their roles and taking advantage of their opportunities when they arrive. There’s a lot of things that are positive and going into the right direction so that’s exciting.”

Selma competed at tournament in the Sacramento area at Center High School, which included a 57-55 loss to Capital Christian-Sacramento on Saturday. After the Bears last played Dinuba on Tuesday (after press time), Selma won’t play in another CSL until Jan. 3.

Between the layoff of CSL competition, the Bears will compete at a tournament in Las Vegas during their holiday break on Dec. 26-28. Romig is looking for more growth and improvement at that tournament.

“I think there’s little things whether that’s free throw shooting or rebounding or understanding where we need to be in certain situations,” Romig said. “We just need to polish that up and maximize every opportunity.”

How much coffee trivia do you know?