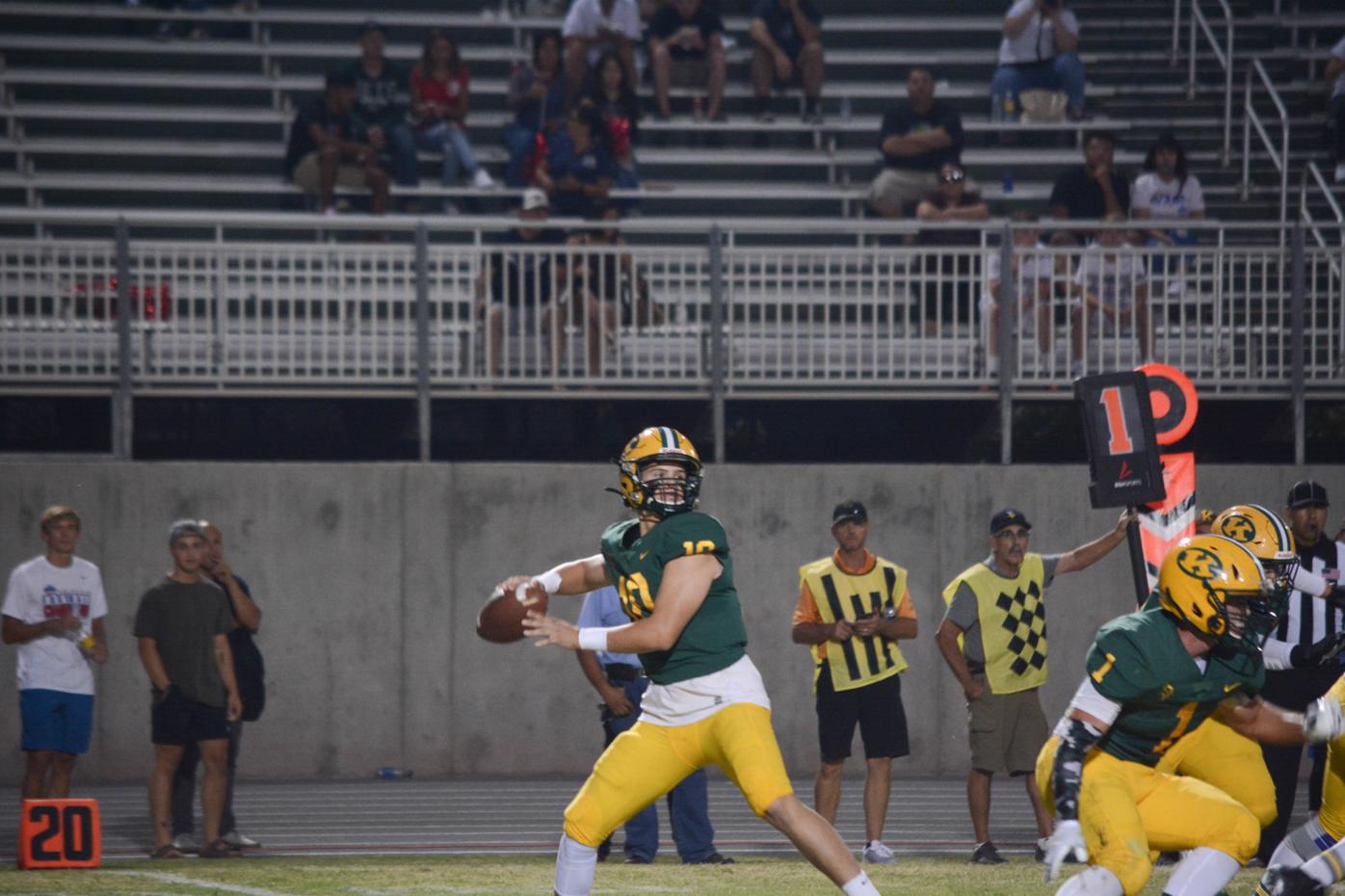 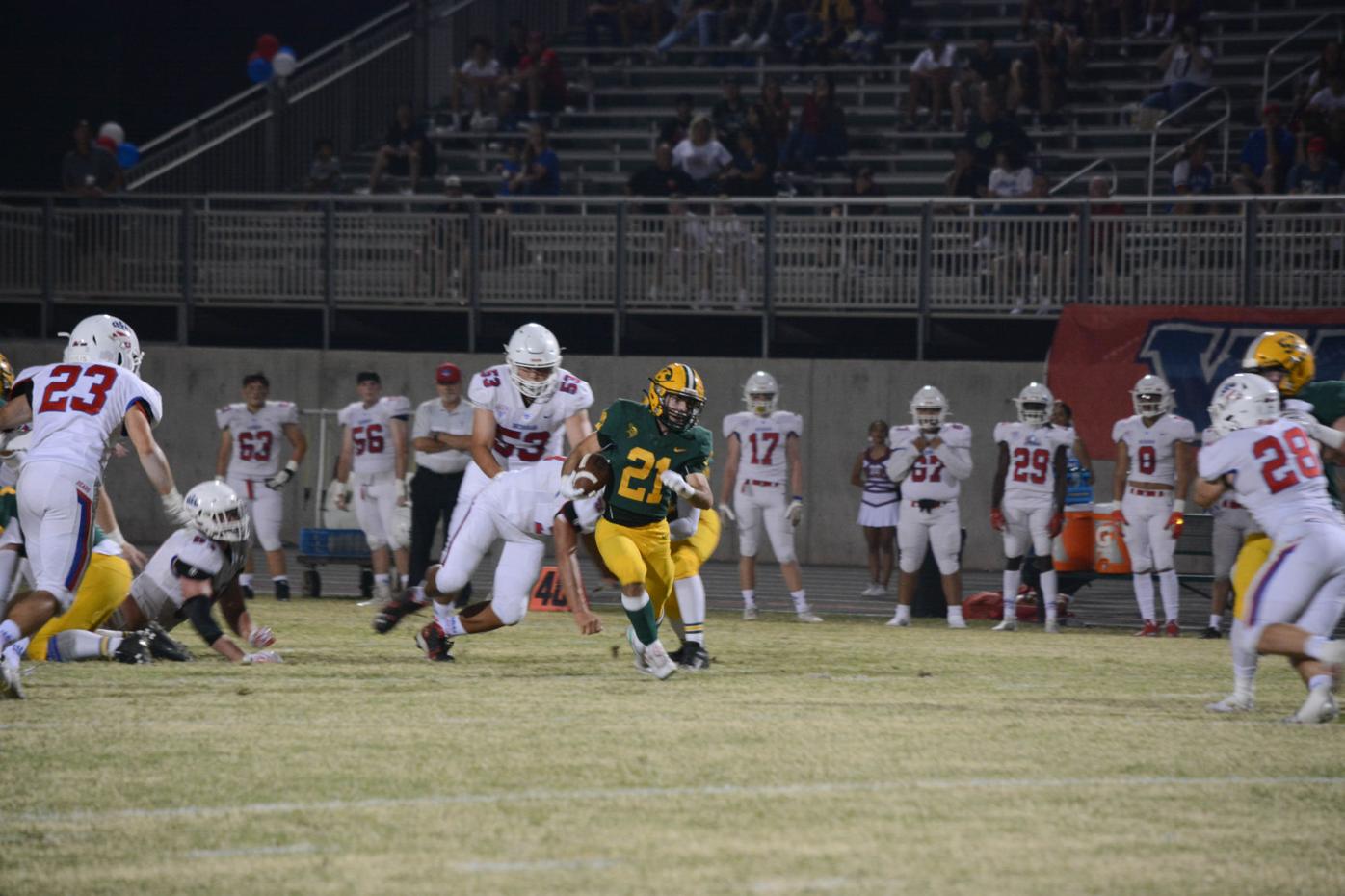 Kingsburg High's Micah Spomer runs with the ball during the Vikings season-opening game against the Buchanan High Bears.

Kingsburg High's Micah Spomer runs with the ball during the Vikings season-opening game against the Buchanan High Bears.

The Kingsburg Vikings kicked off their 2021 season on Aug. 20 with a 33-7 loss to the Buchanan Bears at Kingsburg High School. The Vikings were behind 20-0 at halftime and just were unable to recover.

“We are a proud football program and we have won a lot of games over the last few years. No matter who we are playing losing doesn’t sit well with us,” said Dave Wilson, Kingsburg High head coach. “You take your hat to them they are a great football team. They beat us up a little bit tonight, we countered punched, and we just must be better on defense. We gave up that big play early which kind of put that deer in the headlights on some of our defense guy."

Buchanan struck first on the second play of the game when Jayden Mandal connected with receiver Josiah Ayon on a 61-yard touchdown pass that gave the Bears the early 7-0 lead.

Kingsburg’s ensuing possession ended on an interception that gave Buchanan the ball at the Vikings 21-yard line. The Bears looked poised to extend the lead, but Vikings’ Micah Spomer intercepted a pass.

The Vikings were unable to score on the ensuing possession, which led to the Bears extending their lead to 14-0 when Mandal connected with Ayon for a second time.

Buchanan took a 20-0 lead in the second quarter when Caden Rodgers ran in a three-yard touchdown. Buchanan increased the lead to 26-0 after a touchdown pass from Mandal to Travis Sirwet. They made it 33-0 after another rushing touchdown.

The Vikings got on the board late in the game on a three-yard rushing touchdown from Chase Dias.

Kingsburg returns to the field on Friday, Aug. 27 when they travel to play at Washington Union High School.

Coach Wilson believes that the Vikings will take lessons from the loss and move forward this season.

On offense, we have to execute,” Wilson said. “We were able to move the ball at times and when you have a third-and-four and a third-and-five and we didn’t do that at the right times. We are going to learn form this. They are a good football team, but we are a proud program, and we know we are better than that and we will get some guys back and we will be ready to go next week against Washington Union.”