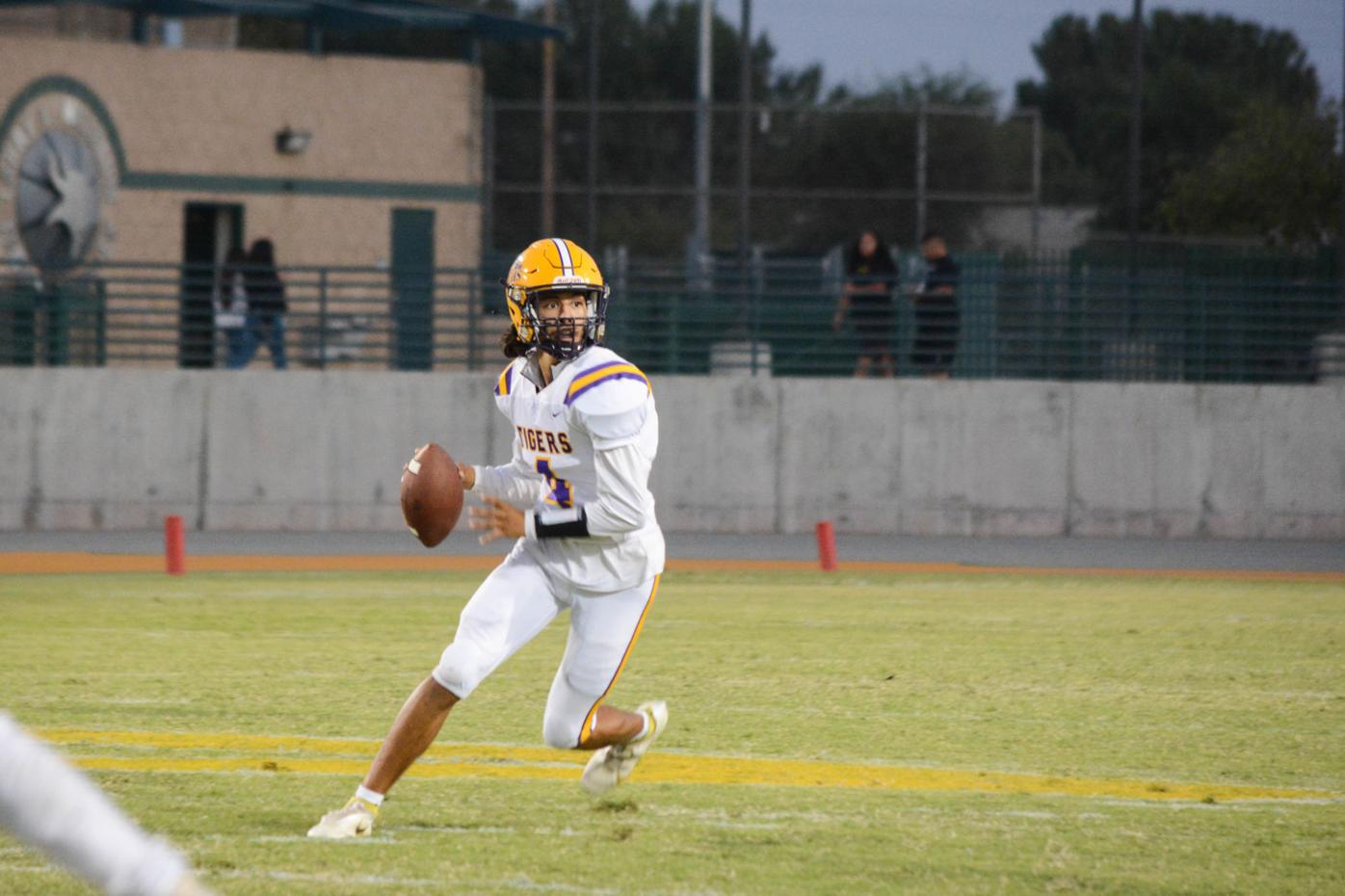 Lemoore High's Ty Chambers  had three touchdown passes in a game against Kingsburg on Sept. 3. 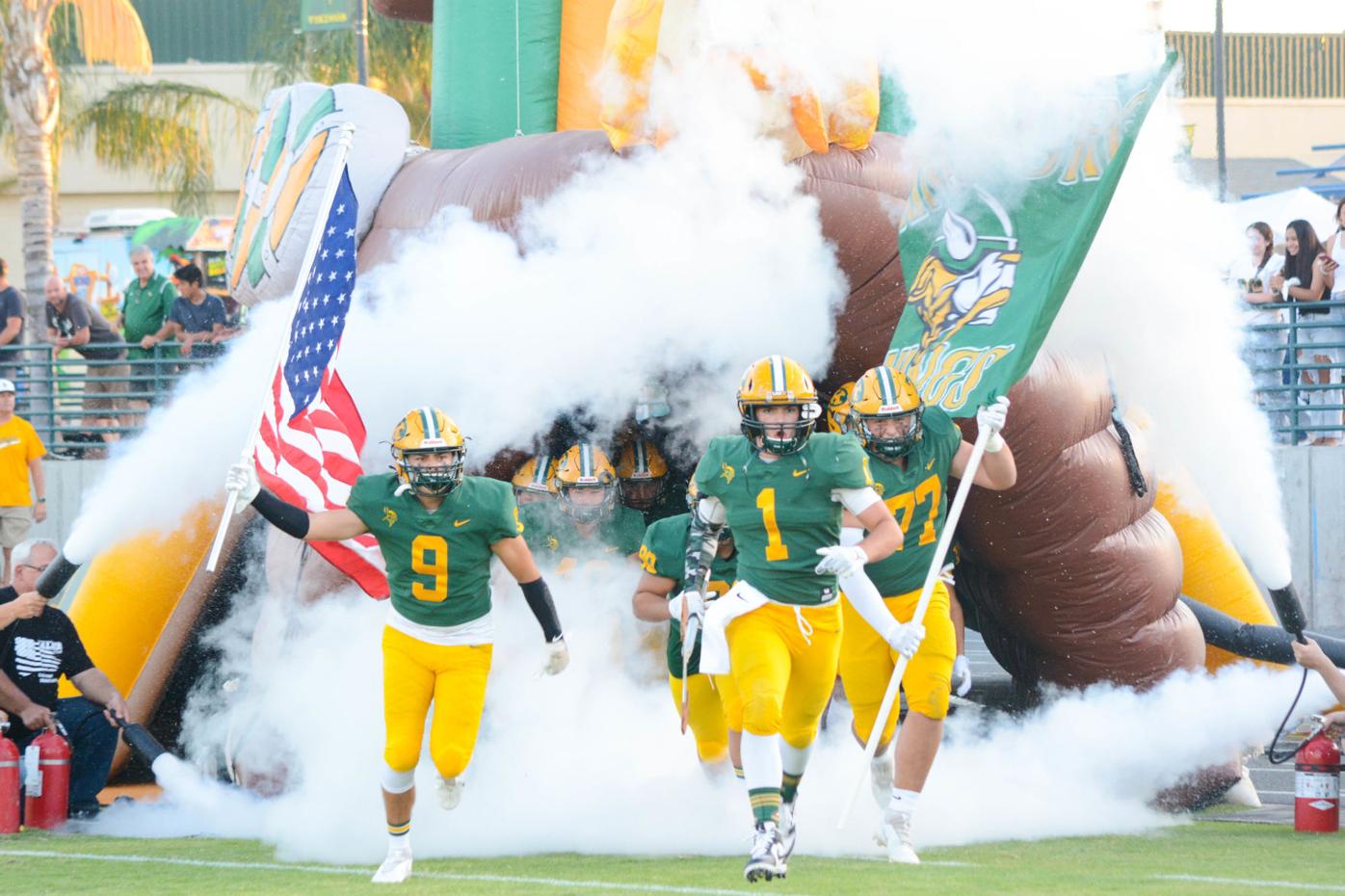 The Kingsburg Vikings are now 1-1 on the season after a win over Lemoore High. The Vikings host Kerman High on Friday, Sept. 10 in Kingsburg. 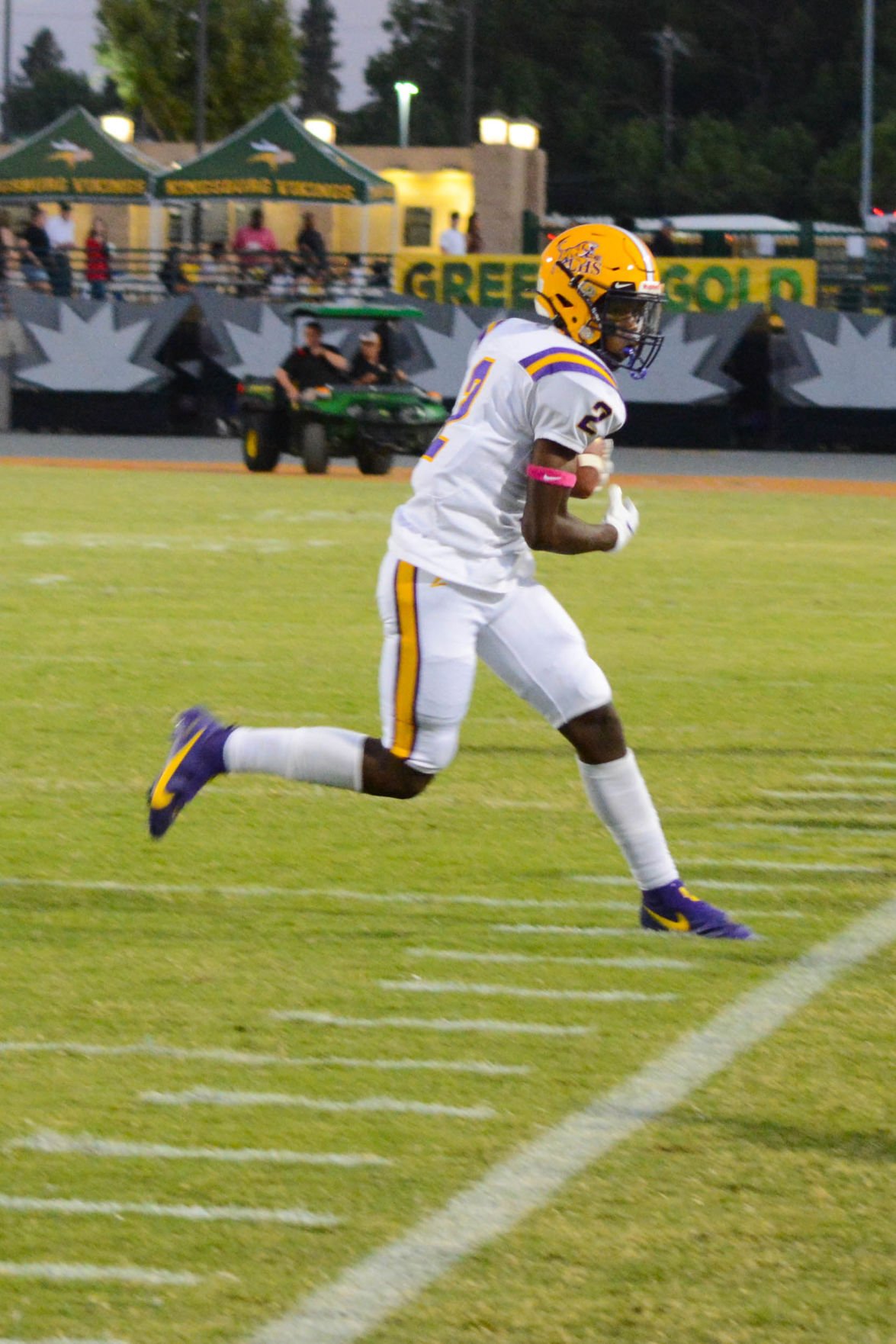 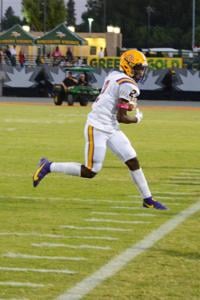 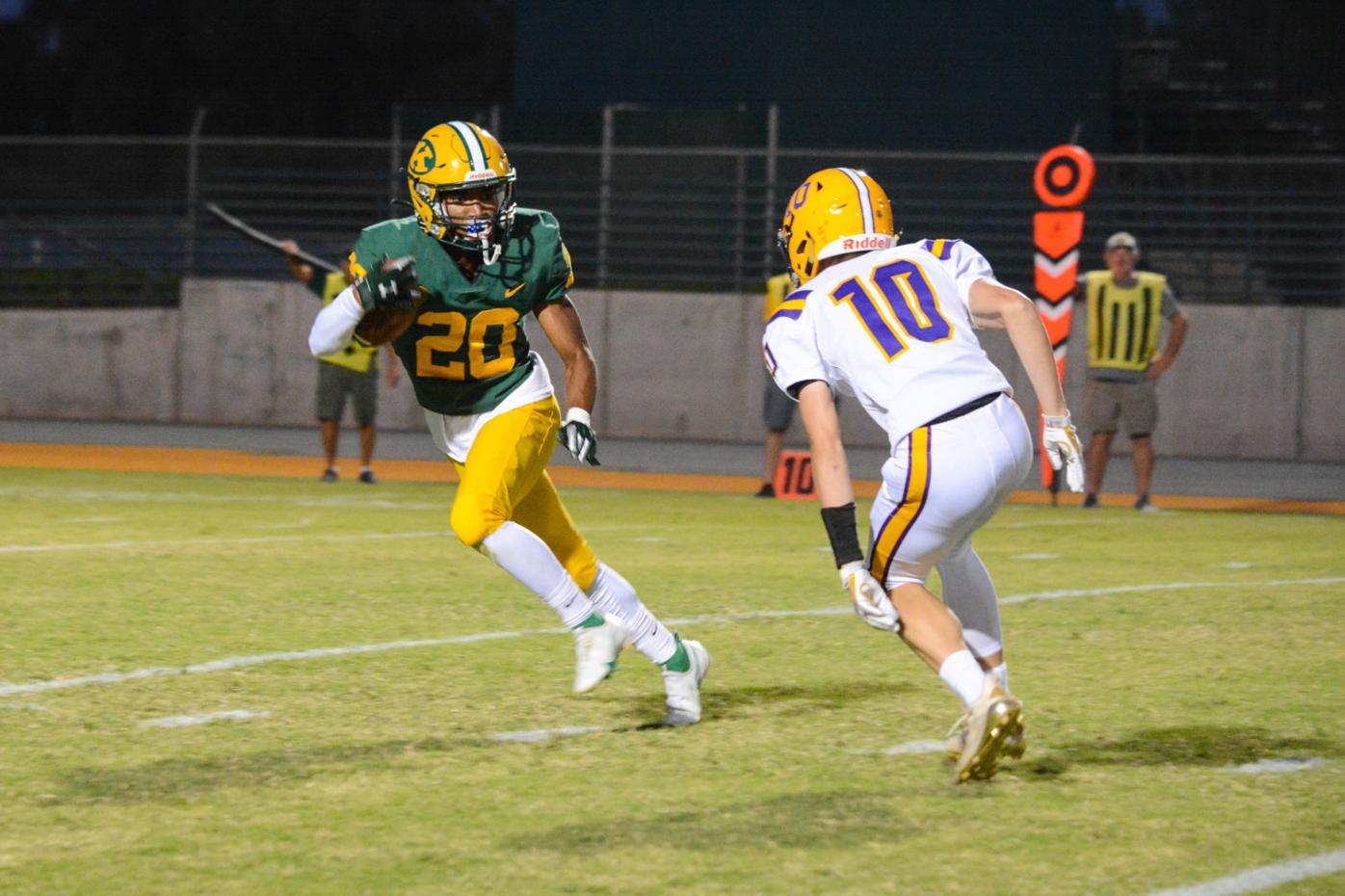 Kenyan Simpson had one interception and a 94-yard kickoff return touchdown to help lead the Kingsburg Vikings to a 31-21 victory over Lemoore High on Sept. 3 in Kingsburg.
1 of 4

Lemoore High's Ty Chambers  had three touchdown passes in a game against Kingsburg on Sept. 3.

The Kingsburg Vikings are now 1-1 on the season after a win over Lemoore High. The Vikings host Kerman High on Friday, Sept. 10 in Kingsburg.

Kenyan Simpson had one interception and a 94-yard kickoff return touchdown to help lead the Kingsburg Vikings to a 31-21 victory over Lemoore High on Sept. 3 in Kingsburg.

Aided by a 94-yard kickoff return touchdown by Kenyan Simpson, the Kingsburg Vikings defeated the Lemoore High Tigers 31-21 on Sept. 3 in Kingsburg.

It was the first win of the season for the Vikings who are now 1-1 on the season and will host Kerman High on Friday, Sept. 10.

“I have learned over the years to celebrate the wins. Did we play the best? No, there are some things we have to fix,” said David Wilson, Kingsburg High head coach. “Lemoore is a good football team, but I was happy with our defense and our offense moved the ball well. Ethan (Winslow) made some great plays. We have some good weapons we just need to start clicking and that will come with games and playing. I love our group. It is a good win against a good team.”

Lemoore, who entered the game 2-0 on the season, jumped out to an early 7-0 lead when quarterback Ty Chambers connected with Demel Turner on a 23-yard touchdown pass.

The Vikings answered on the ensuing possession when Chase Dias ran in a touchdown from one yard out. The Vikings converted a two-point conversion to take a 8-7 lead midway through the first quarter.

The Tigers retook the lead late in the first quarter on a 25-yard touchdown pass from Chambers to Preston Scott. The extra point was no good and the Tigers held a 13-7 lead after one quarter of play.

Winslow ended the game going 10-for-16 for 108 yards and one touchdown. He also had the one rushing touchdown.

“It was great to get back on the field and get a big 'W',” Winslow said. “It was great for us to bounce back and go into next week a lot stronger.”

Lemoore tied the game with 8:02 left in the third quarter when Chambers found D’Marcus Watson on a seven-yard touchdown pass that tied the game at 21-21 after a successful two-point conversion.

Chambers ended the game 14-for-25 for 185 yards three touchdowns and three interceptions. Watson had six catches for 88 yards and touchdown, while Turner added five catches for 53 yards and the one touchdown.

Kingsburg answered right back when Simpson returned the ensuing kickoff for a touchdown to give Kingsburg a 28-21 lead. They added a field-goal in the fourth quarter to secure the 31-21 victory.

Lemoore had opportunities to score both in the end of the first half and end of the third quarter but passes by Chambers were intercepted in the endzone. Kingsburg finished with three interceptions in the game. They also recovered two onside kicks.

“You can really change momentum with a big play on special teams and we did that tonight,” Our defense just fed off of it,” Wilson said. “We had a couple really good interceptions. I am proud of the boys. We have to fix our own mistakes, but we will enjoy this one. We are off to Kerman next week and we will see if we can get two in a row.”

Simpson, Bruce Tiran and Alex Villagomez each had an interception in the game for the Vikings.

Trace Jackson, who was not able to play in the Vikings season-opener against Buchanan High School due to an injury, led the Vikings ground attack with 108 yards.

“We came into this game with a chip on our shoulder, it is never nice to lose in front of your home stadium especially in opening week. We came in here real fired up and we needed to get a win under our belts,” Jackson said. “It wasn’t the prettiest game and we got to things to work on, but we will come back and start getting to work and it is week by week.”