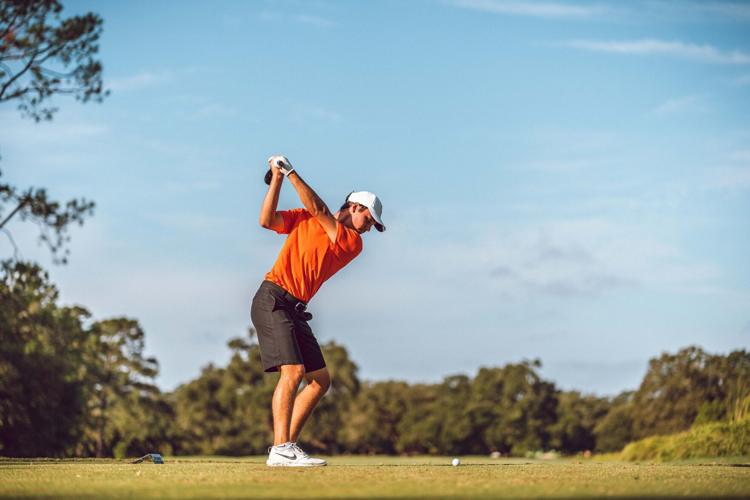 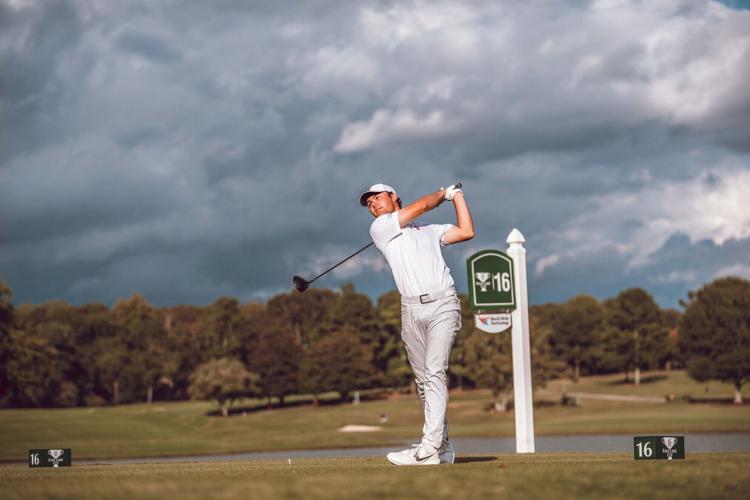 At the age of nine, Brian Stark wrote down a list of colleges he dreamed of attending to continue his golf career. On top of those lists was one college: Oklahoma State University.

Now entering his junior season as a Cowboy, Stark is beginning to play his style of golf and shining for one of the top college golf teams in the nation.

“It has all been a great experience. I remember when I was 9 or 10, I wrote down my list of colleges and number one on the list on both was Oklahoma State,” Stark said. “So far everything I have written down has come to fruition and I look forward to the rest of this year and next year as well.”

The Kingsburg native and former Central Valley Christian High School Cavalier standout is entering the spring season on top of his game.

Stark's solid play began in August when he reached the quarterfinals of the United States Amateur. After finishing tied for fourth in the stroke play portion of the tournament, before falling in the match play portion.

Stark used that momentum to begin the fall portion of the Oklahoma State schedule by helping lead the Cowboys to a victory at the Carmel Cup at Pebble Beach Golf Links. Stark led the Cowboys finishing in third place at five-under par.

Stark is off to a solid start during the spring season. In the Cowboys first tournament of the season Feb. 3 to Feb 5 in Hawaii, Stark finished in 13th place. He had an 18th place in his next event at the Gators Invite Feb. 12 and 13, while Oklahoma State finished in second place as a team.

In the third Tournament, Stark fired a solid opening round and was in fourth place after the round at the Cabo Collegiate. He would eventually finish tied for 12th place.

The Cowboys return to the course March 13 and March 14 competing in the General Hackler Championship in Myrtle Beach, South Carolina.

Stark credits his play to being more mentally comfortable and playing his own game.

“I feel like I have gotten to know myself better. My golf game and me as a person,” Stark said in a zoom interview. “I feel that has allowed me to play my best golf of my career. I am just going to try and continue to do that, play my game and do the things I do well.”

He then finished fifth at the Cowboys next tournament at Olympia Fields in Illinois. He led the team to a third-place overall finish.

“I had two of my better rounds during the first two rounds at Olympia Fields. I felt like I handled the situations well and understood what to do,” Stark said. “I’d say those two rounds I felt like I played my best golf and that help me with confidence moving forward.”

The following tournament, he claimed his third top-ten finish placing sixth at the Colonial Collegiate Invitational. Stark was the top finisher for the Cowboys, who finished in third place. Stark also went 4-1 at the Big 12 Match Play Tournament in October.

Stark said he has not played in any tournament since the end of the fall season in October.

“It is important to get off to a good start at this tournament. I didn’t play any tournament in the offseason. It is a chance to knock a little bit of rust off and it will be important to shoot some good scores,” Stark said. “I know where my game is at right now and I expect certain things from myself. I hold myself to a high standard and I feel like I can get off to a good start.”

Stark has lofty goals heading forward in the spring season, one goal being to claim a National Championship with his teammates and the fourth-ranked team in the nation the Cowboys.

The spring season runs through early June wrapping up with the NCAA Championship May 27 to June 1 at Grayhawk Golf Club in Tempe, Arizona. It was at the Regional Championships last season that Stark really shined and he said that led him to where he is today. At that regional, he subbed into the lineup for the final two rounds at the NCAA Stillwater Regional where he carded rounds of 65 and 68 and tied for 54th place at the NCAA Championship.

“It was more mental for me. I gained some confidence at the regional last year, I played well when I got subbed in. That gave me confidence going throughout the rest of the Summer and Fall,” Stark said. “I learned my game better this past year and I understand how to manage my way around the golf course a lot better. I just must continue to take that mindset and focus and apply it. I feel like I got better in those areas I needed improvement and so I feel very confident in my abilities have this spring.”

As a sophomore in 2021, Stark was GCAA All-American Scholar and was also named a first-team All-Academic Big 12 First Team pick.