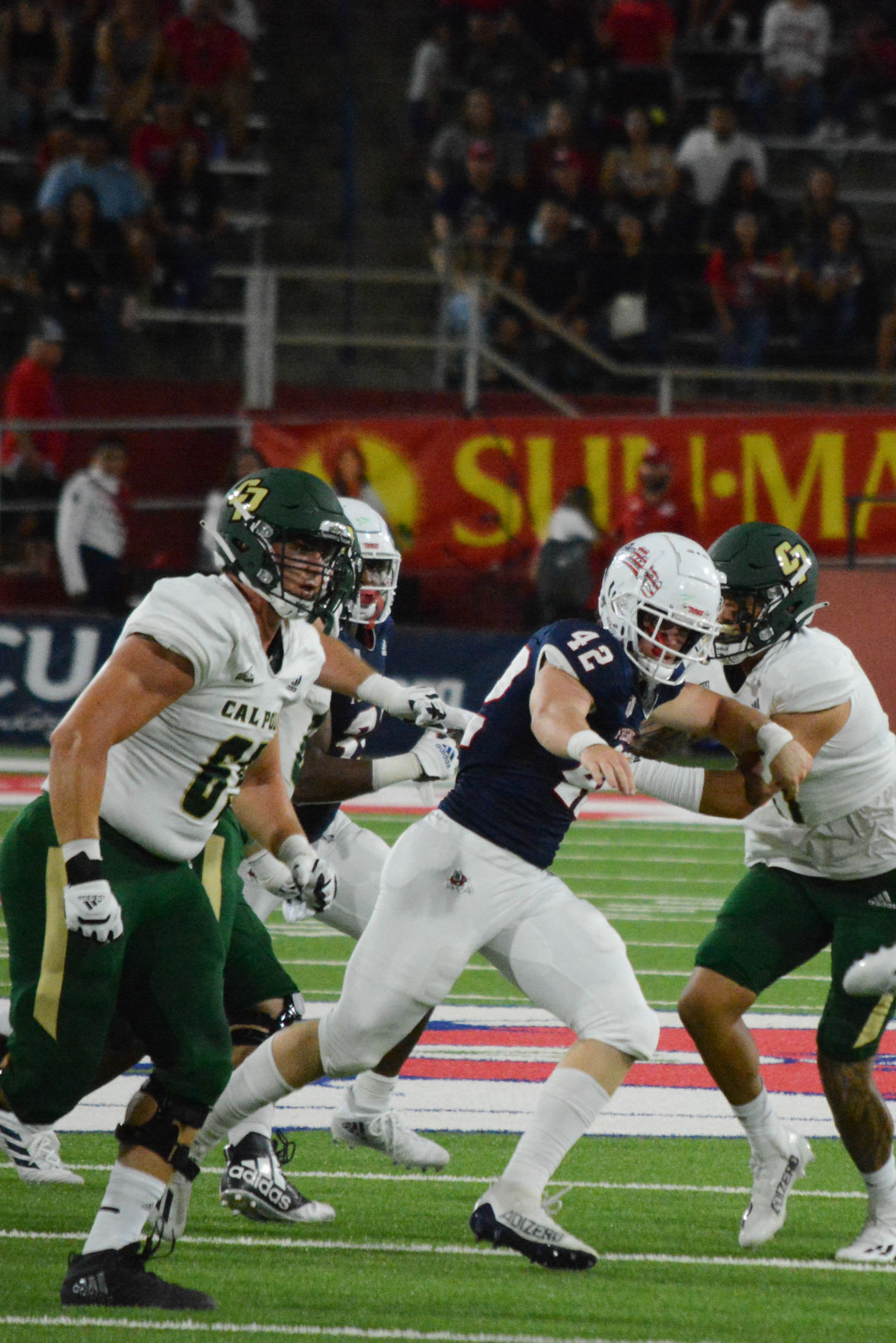 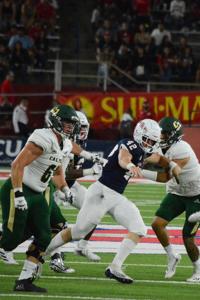 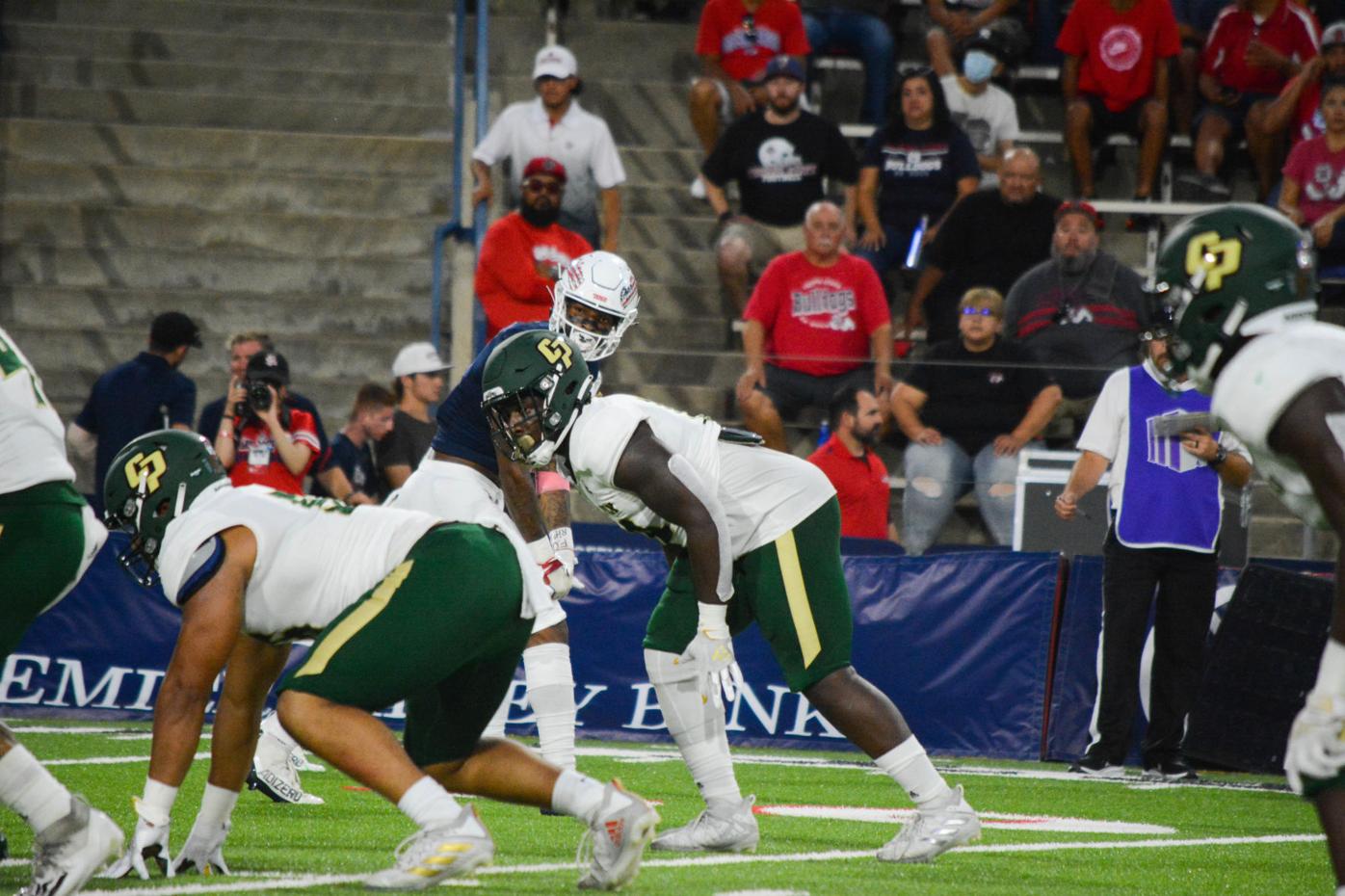 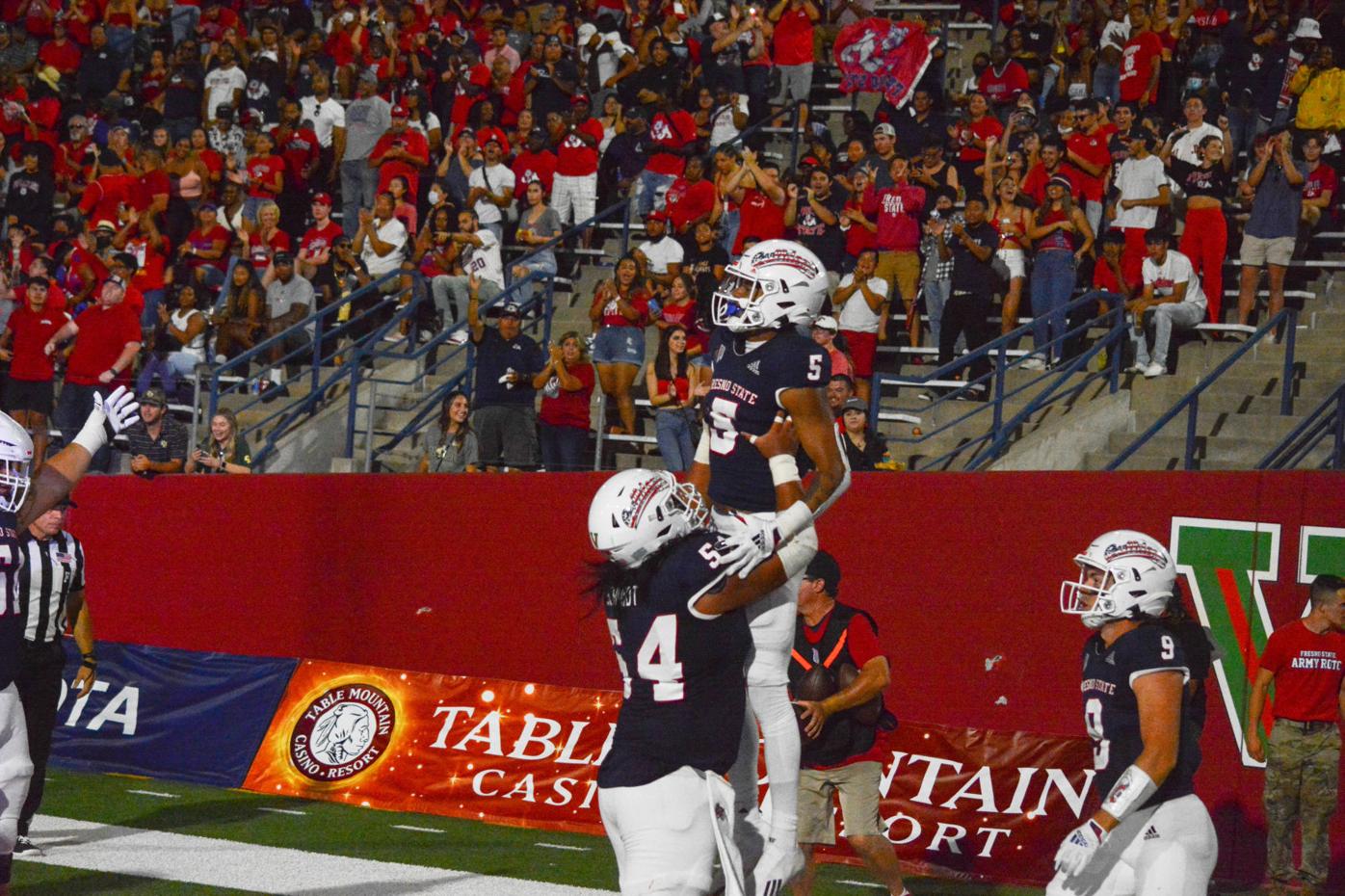 Jalen Cropper, Fresno State Bulldogs receiver, celebrates with his teammate after scoring a touchdown in the Bulldogs' 63-10 victory over Cal Poly on Sept. 11 at Bulldog Stadium.
1 of 3

Jalen Cropper, Fresno State Bulldogs receiver, celebrates with his teammate after scoring a touchdown in the Bulldogs' 63-10 victory over Cal Poly on Sept. 11 at Bulldog Stadium.

“I think it was a great performance by our team all around, defense continues to be stingy, love the way they just play consistently through the course of the game,” said Kalen DeBoer, Fresno State head coach. “Really the only touchdown was the short field. We got a turnover that, again, in the first quarter that, early in the game that really gets the red wave rocking and gets a lot of momentum back on our side so, special teams, I think our kicking game continues to be consistent and solid.”

Fresno State exploded in the second quarter outscoring Cal Poly 28-10 to take a 35-10 lead into halftime. After the Bulldogs defense forced a Cal Poly turnover, the Bulldogs took a 14-0 lead after a 24-yard touchdown pass from Haener to Jalen Cropper.

After a Mustangs field goal cut the Bulldogs lead to 14-3, the Bulldogs scored the next 21 points. After Haener scored his second rushing touchdown on a one-yard run, the Bulldogs pulled out the trickery for their next touchdown.

Fresno State scored the final 28 points of the game to earn the victory. Haener ended the game 17-for-22 for 380 yards and four touchdown passes. He also had the two rushing touchdowns. Ronnie Rivers and Jordan Wilmore each finished with one rushing touchdown. Kelly had two receiving touchdowns in the game.

While it was a rough night for Cal Poly, it was a homecoming for Cal Poly defensive end Emeka Ndoh, a Hanford native, who played for Fresno State for two seasons before an injury ended his senior season. Ndoh, a graduate transfer, ended the game with two tackles.

Former Hanford High standout Tyler Mello, who is in his second season with the Bulldogs, also had two tackles in the game.

The Bulldogs now prepare to play UCLA on Saturday, Sept. 18 at The Rose Bowl in Pasadena. The Bulldogs have had two blowout victories and fell to Oregon on Sept. 4. In that game the Bulldogs held a fourth quarter lead. Coach DeBoer said that what he has seen over those three games, gives him confidence the team can go and compete against UCLA.

"I look at the composite of all three weeks and see he we are stead and consistent. There is a physical toughness that we are trying to continue to have. We proved that last week and we continue to have that especially when you think about what we’re giving up run game on defense. When you can do that with your defense up front, that’s going to set you up for a lot of good things. That physical toughness that we want to have is going to continue to carry us through the season," DeBoer  said.  "We’ve got to always improve, and I challenge the guys with that. The mental toughness is the piece that last week was really challenged. We didn’t execute it as well as we wanted at times, ball security and so forth. It’s obviously been documented very well but our mental toughness and our character in those times was challenged, and we continue to thrive and today again I think we were very steady. We don’t have a glazed look in our eyes when things aren’t going right, we get back to work and I know that’s what our guys are going to do again this week. They are motivated because we know what we can do and become. The word 'potential' is a scary word. I know that this team will put in the work because of the character we have."