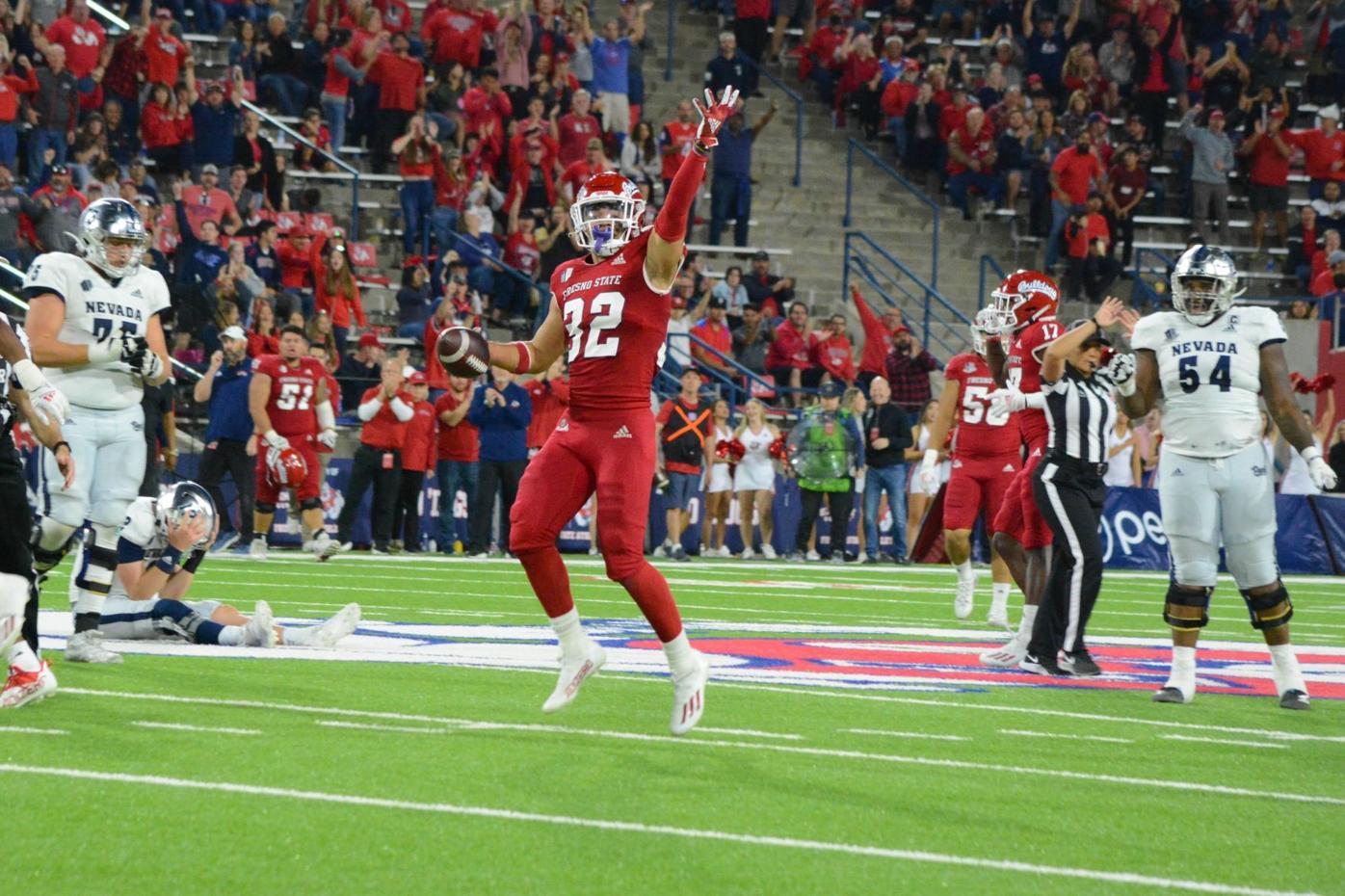 Evan Williams led the Fresno State Bulldogs with 10 total tackles in the win over Nevada. 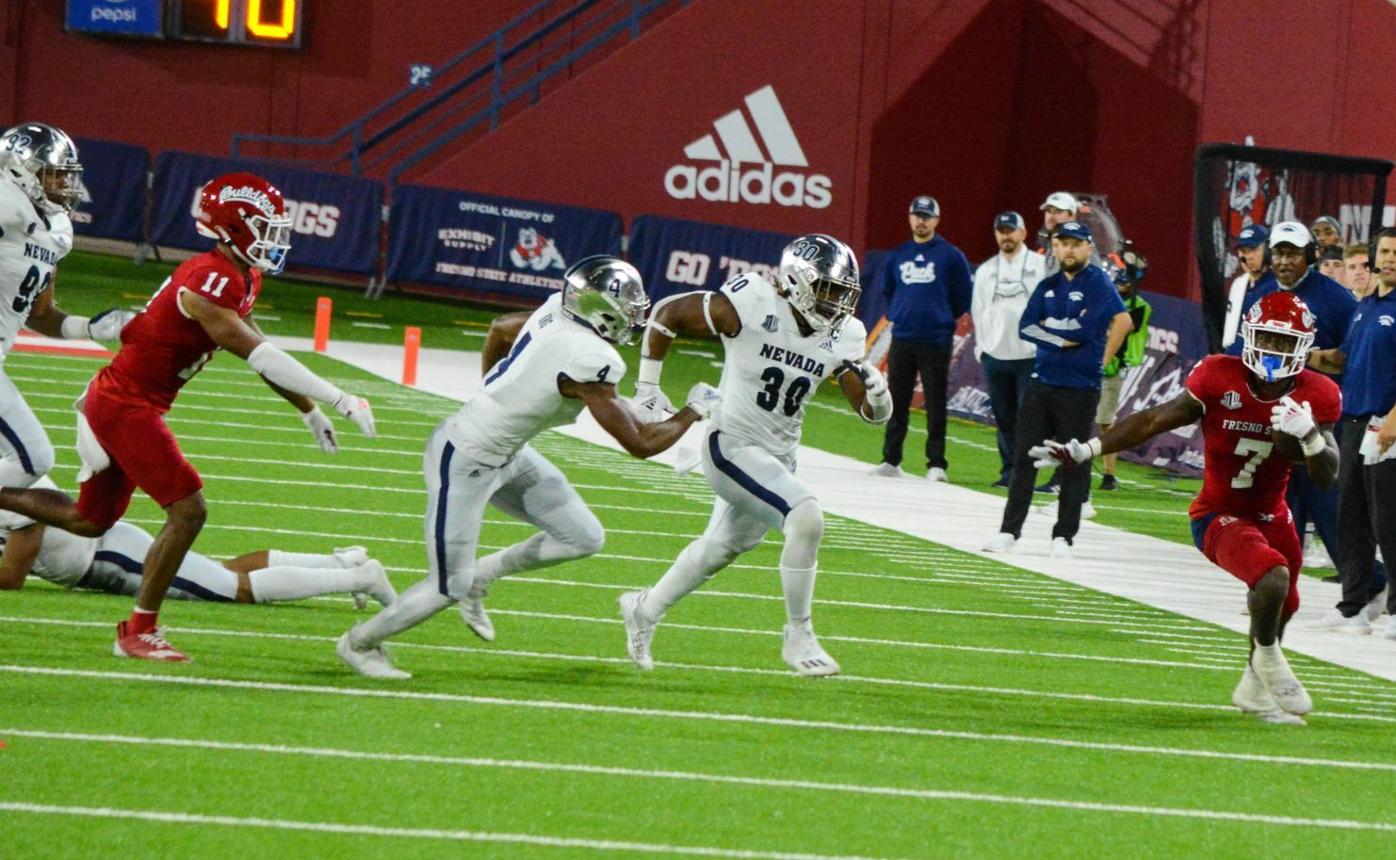 Jordan Mims, Fresno State running back, rushed for 134 yards and had two total touchdowns to help lead the Bulldogs to a 34-32 victory over Nevada on Oct. 23 in Fresno.
1 of 2

Evan Williams led the Fresno State Bulldogs with 10 total tackles in the win over Nevada.

Jordan Mims, Fresno State running back, rushed for 134 yards and had two total touchdowns to help lead the Bulldogs to a 34-32 victory over Nevada on Oct. 23 in Fresno.

The Fresno State Bulldogs kept their quest for a Mountain West Championship alive after a 34-32 victory over the Nevada Wolf Pack on Oct. 23 in Fresno.

"I guess if you want to watch a game till the last second just come watch us play, right? About every game comes down to the last drive. Proud of the guys, it was a lot of what we thought,” said Kalen DeBoer, Fresno State head coach. “The momentum swings and knowing what they had offensively, just trying to find a way to get off the field was hard at times, but the defense got it done with some big plays. Probably not how you want to draw it up at the end, but we got the stop, and it's probably the best team game I think we've played.”

Jordan Mims led the way for the Bulldogs rushing for 134 yards in relief of Ronnie Rivers who went down with an injury early in the game after a 64-yard touchdown run.

"I really wasn't thinking about it, nor really thought about it. If I had 134 yards or not. I just took every play and tried to execute what I had to do," Mims said. “I feel pretty good. I obviously put on some more weight and got more explosive and things like that. But for the most part, I feel really good.”

After Nevada took a 3-0 lead, Fresno State answered back and took a 7-3 Rivers touchdown run. They extended the lead to 14-3 early in the second quarter after a one-yard touchdown run from Mims.

Nevada cut the lead to 14-10 later in the second quarter when Carson Strong connected with Cole Turner on a two-yard touchdown pass.

Haener ended the game with 256 yards and two touchdown passes.

Nevada needed to convert a two-point conversion attempt to send the game into overtime. The Bulldogs defense denied the attempt and sealed the win.

“I thought it was a great team win. We came out, we ran the ball well, and did enough in the pass game to get it done,” Haener said. “We made it close at the end, but we're just happy to get a win.”

Evan Williams led the Bulldogs defense with 10 tackles. Daron Bland had six tackles and one interception in the game.