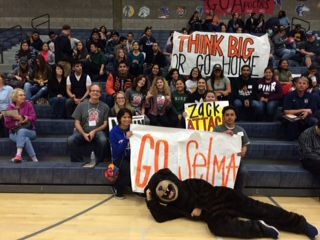 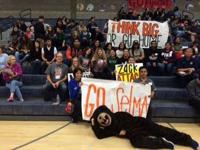 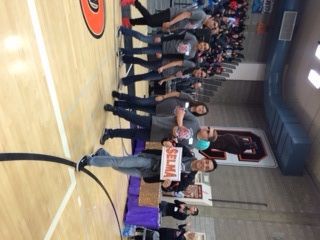 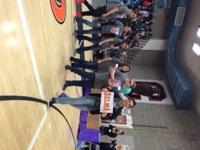 This was a year to remember for the Selma High School Academic Decathlon team.

On Feb. 6, nine of Selma’s most competitive, knowledge-hungry teens placed fifth in the Fresno County Academic Decathlon’s Super Quiz at Central High School in Fresno, beating most schools in the county. The team placed seventh overall and second in their division.

The Super Quiz gave competitors 10 seconds to answer questions on the subjects of science, economics, literature, social science, music and art in front of a live audience.

The performance equaled the mark achieved by last year’s team.

“It’s the highest we’ve ever been in the county,” said Dave Highbaugh, Academic Decathlon coach and Selma High math teacher.

In addition to the nine students who participated in the Super Quiz event, a total of 22 Selma High students were evaluated individually in 10 subject areas, including speech, interviewing and essay-writing. Those 22 scores were added to the Super Quiz score to produce the overall results.

“I was really happy for our school,” said Pavin Johnson, a senior on the Super Quiz team. “We’re a small town and we were able to stand up to all sorts of schools in the county.”

“I feel really good about it,” said Student Joseph Platas, also a senior. “I felt that we came in pretty strong.”

Johnson, Platas and the other students all had to enroll in an academic decathlon class at Selma High in order to compete. Students in the class are able to get up to 12 units of general education college credit if they take the course for three years.

Highbaugh, who has been coaching for 17 years, said the Academic Decathlon has become a “strong tradition” on campus. He said it’s seen as a program where “kids can develop life skills.”

Johnson called it “demanding.” He contrasted it with other high school classes he’s taken that emphasized getting a grade rather than mastering the subject matter.

“Once the competition gets close, you have to start studying,” he said. “You need to develop a broad knowledge of each subject.”

“I really want to major in political science,” he said.

Platas also said the competition helped improve his time-management skills. He said the contest also broadened his “knowledge of history.”

Platas said he has always planned to go to college, but getting unit credits through the class was an added motivator.

He hopes to go to San Francisco State University and study history to become a history teacher. He said he’ll probably start at Fresno City College to save money.

Here are the overall rankings for the high school teams who participated in the Fresno County Academic Decathlon earlier this month. The teams are ranked from highest scoring to lowest scoring based on points earned through the Super Quiz, interviews and other aspects of the contest.