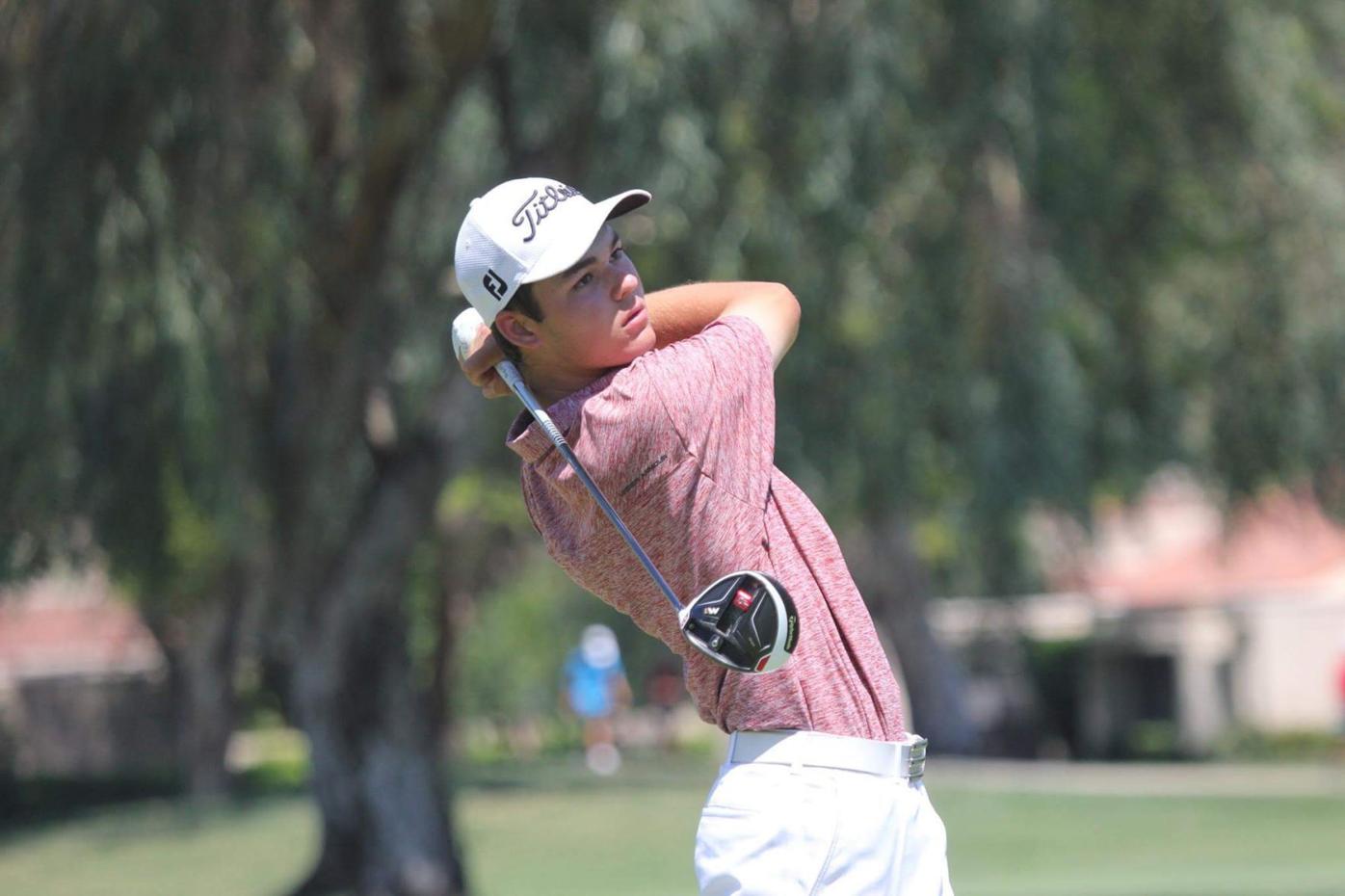 Brian Stark follows through on one of his picturesque shots. 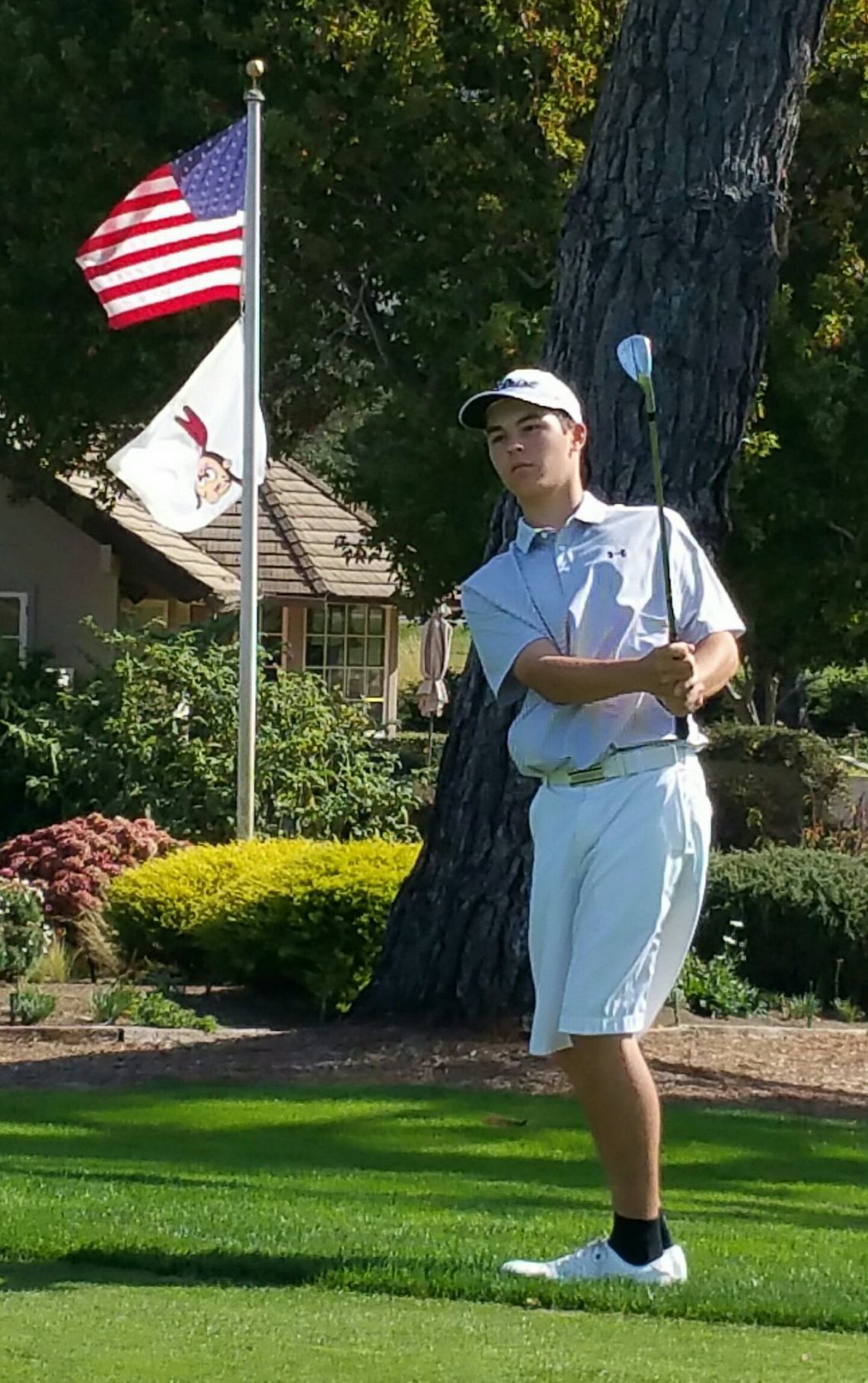 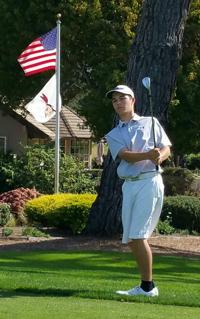 Brian Stark hits a shot on his home course. 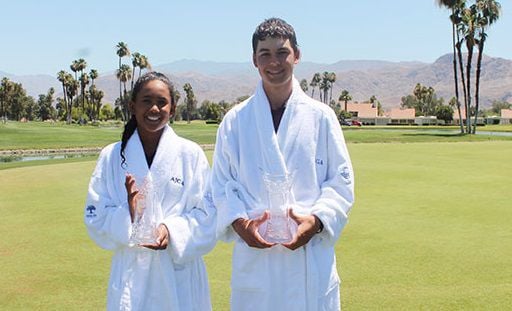 Kingsburg's Brian Stark (right) and Riverside's Amari Avery were boys and girls winners, respectively, in Rancho Mirage and took a dip in the pond to celebrate.

Brian Stark follows through on one of his picturesque shots.

Brian Stark hits a shot on his home course.

Kingsburg's Brian Stark (right) and Riverside's Amari Avery were boys and girls winners, respectively, in Rancho Mirage and took a dip in the pond to celebrate.

Scott Stark tells a story about his teenage son Brian Stark from when Brian was just a tot.

Father and son were at a golf course driving range and young Brian was hitting a small bucket of 30 balls, hockey style, sending the balls eight or nine yards each and then refilling the bucket. Repeatedly.

Finally, the shadows at the golf course got long and the guy in the pro shop wanted to close up and lock the gate behind him —  except that little Brian, even after 10 or 12 buckets, still didn’t want to leave.

“I said ‘Brian, the guy in the pro shop wants to go home and he can’t leave until the last customer is gone and it’s getting dark and mom has dinner ready,'" Scott said.

Kicking and screaming ensued, but finally dad carried his determined little son to the car.

That was many buckets ago for Brian Stark, the Kingsburg golfer who won the section individual title this year as a sophomore on the Central Valley Christian High team. He just keeps excelling, through high school and junior tournaments and, he hopes, into the collegiate and pro ranks.

“I just want to play my best and hopefully next year commit somewhere,” he said. “I’ll need to play well in front of the coaches. I want to play on the PGA Tour with the best in the world. That’s what I work at every day.”

Stark’s 71 this year at River Island Country Club in Springville captured that Central Section title. He then advanced to the CIF-Southern California tournament, where his 76 in a field of 120 players did not qualify him for state. He was disappointed but has forged ahead, playing numerous tourneys already this summer, including stops in Rancho Mirage, California; Chicago, Illinois; Medford, Oregon; and Pleasanton, California.

The frequent flyer miles are adding up nicely for Brian and his father, a physical education and health instructor and golf coach at Reedley College, where he coached the Tigers to the state title in 2016.

Stark shot a three-day total of 207 in mid-June and then won a two-hole playoff with Palm Desert’s Charlie Reiter to win the ClubCorp Mission Hills Desert Junior in Rancho Mirage.

Following the victory, Stark and girls winner Amari (Tigress) Avery of Riverside jumped into Poppie’s Pond, then donned white bathrobes and showed off their trophies for photographers. Past boys’champs of the tourney include Tiger Woods (1991, 1992) and Phil Mickelson (1988).

Last week, Stark competed in the 88th Northern California Golf Association Junior Tour Championship at the Contra Costa Country Club in Pleasanton, finishing first with a three-day total of 208 (71-69-68). He prevailed by two shots to join such famous past winners as Johnny Miller and Bob Clampett.

While some prep athletes may have a parent or two who played a little high school sports, Stark is practically from Southern California prep football royalty. His grandfather, Ray Stark, coached pro football Hall of Famer Anthony Munoz at Chaffey High of Ontario, where he led the program from 1963 to 1983.

Brian's father Scott played briefly for his father at Chaffey, then transferred to Capistrano Valley High in Mission Viejo, where he led the Southern Section in passing in 1985, throwing for 3,300 yards and 36 touchdowns while completing 68 percent of his passes. That effort landed him a scholarship to Stanford University, though he finished his career at the University of Pittsburgh.

Scott Stark’s transfer to Capistrano Valley High was prompted by his father being diagnosed with cancer and the family electing to move to its vacation home in Orange County. Ray Stark passed away when Scott was just 17, which left a deep impression.

“Dad and I were close — he was like my best friend,” Scott said. “There were so many things we did together. It was similar to the way Brian and I are. I understand now how important it is to be there for my kids. I don’t want to miss out on anything.”

Asked what people don’t know about his oldest son, Scott said: “He’s a private kid, but very observant. Some people might get the impression he’s not friendly or maybe he’s arrogant, but it’s just shyness and him being quiet. He’s really fun to be around.”

Brian enjoys the camaraderie of golf, the honor code and the accountability – how each player is responsible for his own performance. That performance has been sterling so far, and has just about every school in the Pacific-12 conference interested, along with California State University, Fresno, San Jose State, CSU Northridge, San Diego State, Pepperdine, Oklahoma State and Mississippi State.

Away from the course, the 5-foot-11 Stark has a 4.25 grade-point average and enjoys playing his 14-year-old brother Tyler — who is already 6-3 — in basketball.

“He plays center and I played guard when I played basketball,” Brian said. “So I take him outside where I can actually shoot the ball.”

John Murphy can be reached at 583-2413 or jmurphy@hanfordsentinel.com.