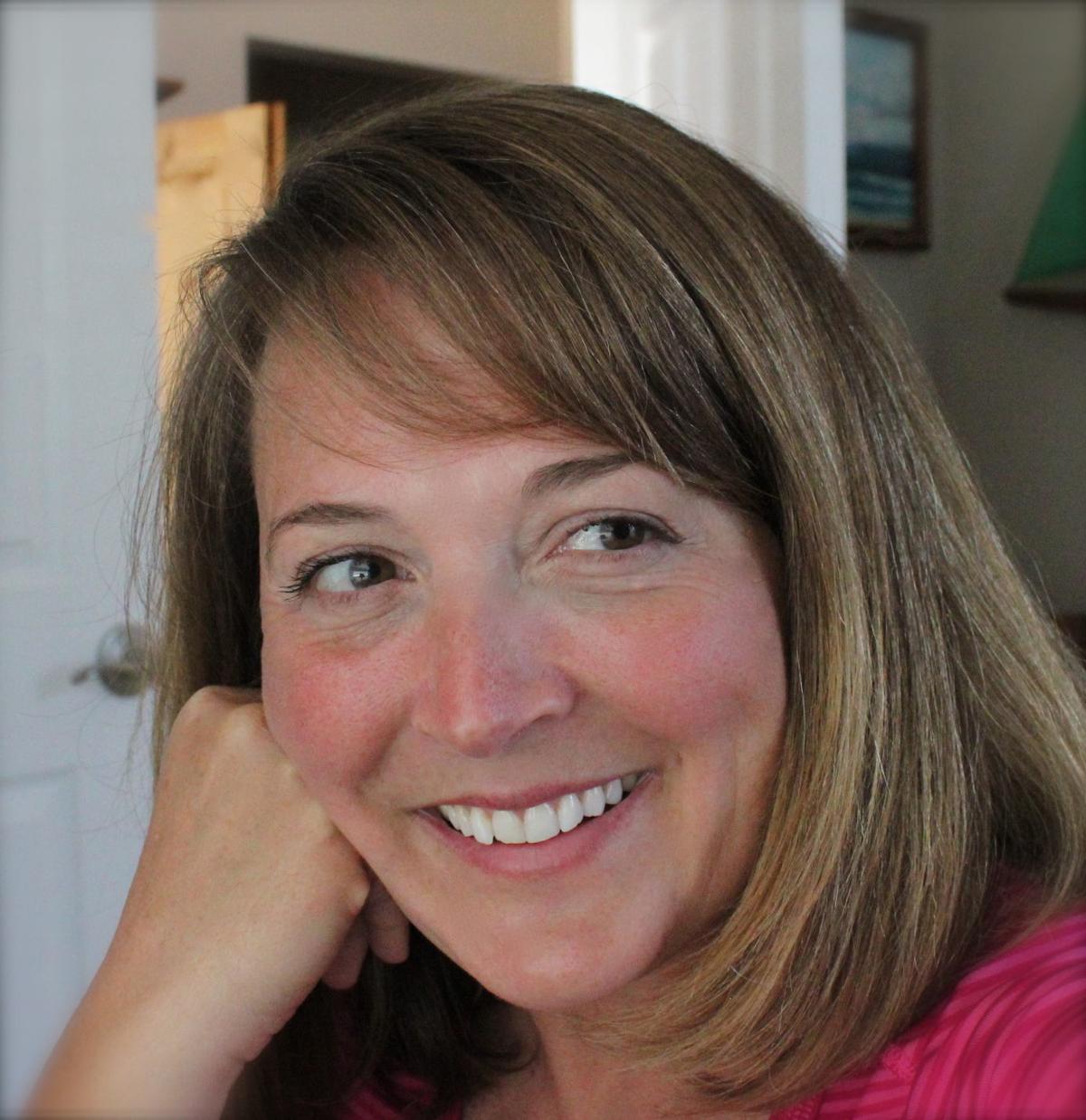 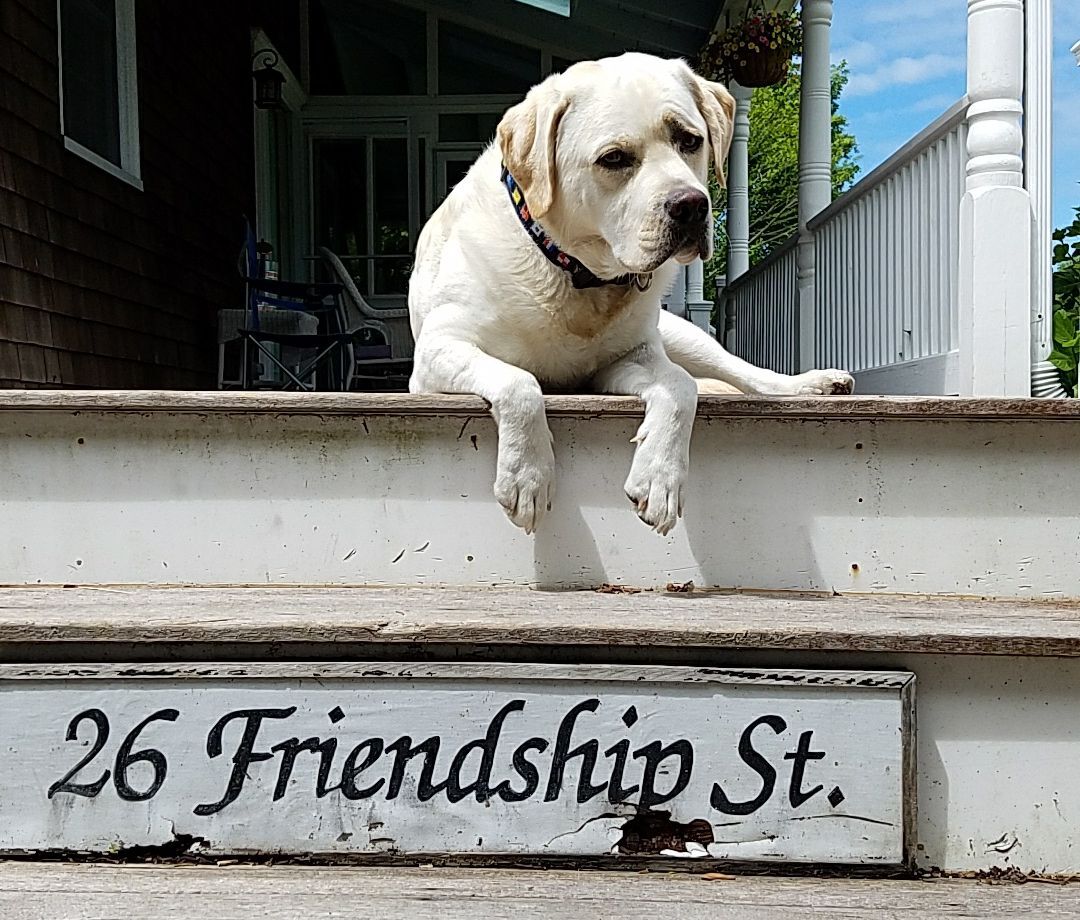 Moby has served as our family’s role model.

The cranberry farmer reached a calloused hand into the crate and grabbed the loose scruff of one pup’s neck. Holding the limp six-week old yellow Labrador retriever, the farmer grumbled, “You can take this one if you want. The rest are spoken for.”

We cradled the squishy bundle of puppy breath, pretending to decide if he was the one. He might be hyperactive. He might chew my leather boots. His tail might clear coffee tables. He might scoot his rear end across the carpet in front of company.

But he was already ours.

The farmer put our deposit check into the pocket of his dingy jeans, then took out a knife. Quite matter-of-factly, he carved a swath of fur from the back of our pup’s neck so we could identify him at the eight-week pick up time. As we drove back down the long country road, we couldn’t help feeling like we were meant to rescue our puppy from the harsh realities of farm life.

As one might expect when an impossibly adorable yellow Lab puppy moves into the neighborhood, our base neighbors fell in love with “Moby.” The two-year old Golden Retriever next door named Charlie tolerated Moby’s boundless energy with the compassion of a saint, playing until they were both damp with slobber.

Once he was six-months old, Moby burst out the door of our military quarters in search of Charlie every day. Sometimes we would find Charlie waiting for Moby on our front porch, and other times Moby would find the door of Charlie’s house wedged open, and race inside to wreak havoc.

But then one day, Charlie’s house was empty. Like several other military families on our street, our neighbors had packed up and moved away.

We realized that Moby is not just a family pet. He is the pet of a military family and must handle the challenges of our mobile lifestyle.

Our first pet was a cat. “Zuzu” was small, fat, and afraid of her own shadow, but she moved with us four times, including three long flights and one six-month quarantine while we were stationed in England. She gave up the ghost at 15, and we laid her to rest in a shady spot in our back yard while stationed in Virginia Beach.

Our first dog, Dinghy, wasn’t easy to transport, seeing as he was 110 pounds and almost three and a half feet tall.  We nearly went bankrupt paying for the “giant breed” crate required for flying him overseas. When not in the cargo hold of a jumbo jet, Dinghy moved with us in the back seat of our minivan, fogging up the windows and depositing hairballs on the seats. But just like the rest of our family, Dinghy adapted to each new environment, chasing moles in Virginia, hares in Germany, crabs in Florida, and rabbits in Rhode Island. After four moves, Dinghy went to the great dog park in the sky during a trip to Maine one Thanksgiving. There is a grave marker bearing his name in the woods near the cabin we were renting.

Moby is five years old now and has moved with us twice. Moby thought movers were simply there to play with him, so he brought them socks and squeaky toys. In each new home, Moby wondered why his bowls and bed had been moved to a strange new kitchen.

Just recently, our civilian neighbors moved away. Moby stood at the fence between our properties, waiting for the treats they had always offered him. But, just like when he sniffed at Charlie’s empty porch, Moby distracted himself with sticks, rotten apples and ratty old tennis balls, and eventually learned a new routine.

At times, I felt sorry for Moby and wondered if he would’ve been better off on the cranberry farm in Massachusetts.

But then, I realized that Moby has served as our family’s role model. Every morning, he steps out into the world to sniff the ever-changing breeze, blissfully ignorant but eternally hopeful that with each rising sun comes the opportunity for new friends, new experiences, and new adventure.

Moby has served as our family’s role model.