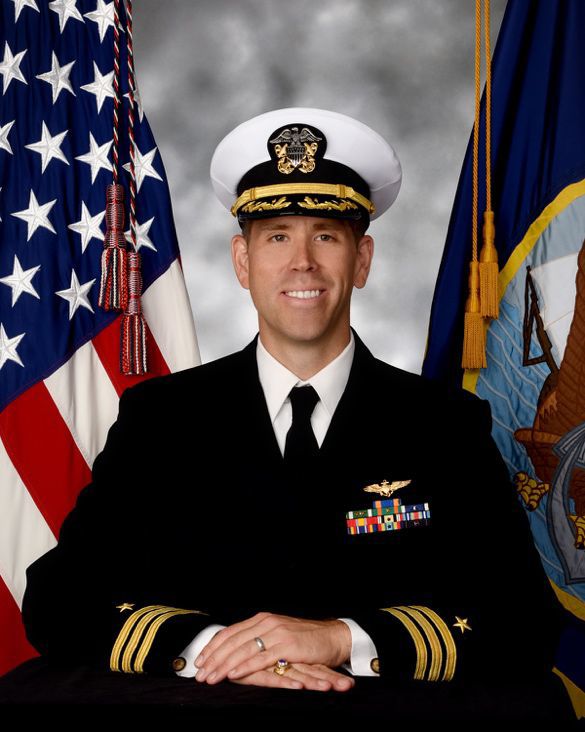 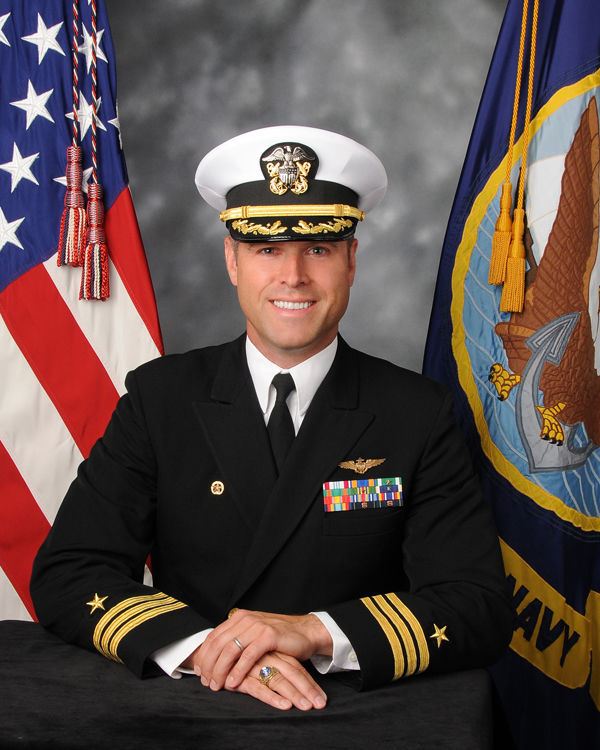 “It has been an honor to serve on the Sidewinder team. The men and women of this command proved their mettle in preparing for and executing the longest nuclear-powered carrier deployment in U.S. Navy history. The Sidewinders provided Full Mission Capable combat-loaded F/A-18E Super Hornets, flown by trained and lethal pilots, to operational commanders in 6th, 5th, and 7th Fleet Areas of Responsibility. While I am tremendously proud of these patriots for their willingness to volunteer and serve their country, I am humbled by the commitment of their families in support of their Sailor, the command, and the U.S. Navy over the course of nearly 330 days spent underway from January 2019 through January 2020. Thanks for doing it Tight and Right. Bravo Zulu, Sidewinders!” exclaims CDR Hines.

CDR Stimis is the 59th Commanding Officer to lead the Sidewinders and has assumed command at a crucial point as the Winders transition back ashore after a demanding and lengthy deployment. CDR Stimis entered the U.S. Naval Academy in June 1998. He graduated with distinction on the 25th of May 2002, earning a Bachelor of Science degree in Aerospace Engineering. He earned his wings of gold in April 2005 and reported to the “Gladiators” of VFA-106 at NAS Oceana, VA, to receive his initial training in the F/A-18E/F.

CDR Stimis’s first operational tour was with the “Red Rippers” of VFA-11 with whom he deployed onboard USS GEORGE WASHINGTON (CVN 73) in support of the “Partnership of the Americas” in 2006 and onboard USS HARRY S TRUMAN (CVN 75) in support of Operation IRAQI FREEDOM in 2007–2008. In November 2008, he returned to VFA-106 for instructor duty in the F/A-18A–F, serving as the Head Scheduling Officer, Carrier Qualification Phase Head, and East Coast Super Hornet Demonstration Team pilot.

Following his time at VFA-106, CDR Stimis joined Carrier Air Wing EIGHT (CVW 8) onboard USS GEORGE H.W. BUSH (CVN 77), serving as CAG Paddles during the 2011 combat deployment in support of Operations ENDURING FREEDOM and NEW DAWN. In November 2012, CDR Stimis joined the “Blue Blasters” of VFA-34, where he served as the Administration, Safety, Maintenance, and Operations Department Head. While with the Blue Blasters, he participated in the 2014 “Rim of the Pacific” Exercise onboard USS RONALD REAGAN (CVN 76) and the 2015 “Southern Seas” Exercise onboard USS GEORGE WASHINGTON. Following his department head tour, CDR Stimis attended the Naval Postgraduate School from 2016–2017 and earned a Master of Arts in Security Studies (Homeland Security and Defense).

CDR Stimis reported as the Executive Officer for the “Sidewinders” of VFA-86 in November 2018. His awards include the Strike/Flight Air Medal (1), Navy Commendation Medal (3), Navy Achievement Medal (2), and numerous unit and campaign medals

“I am grateful for the opportunity to lead VFA-86 and look forward to continuing my work with the Sidewinder team. Fair winds and following seas, Skipper Hines!” states CDR Stimis.

Strike Fighter Squadron 86 (VFA-86) is an operational fleet squadron flying the F/A-18E Super Hornet. VFA-86 is attached to Carrier Air Wing SEVEN (CVW 7) and deploys aboard the USS Abraham Lincoln (CVN 72). The squadron traces its origins to Fighter Squadron 921, based at Naval Air Station St. Louis, Missouri, during the Korean War in February 1951. In July 1955, the squadron was re-designated VA-86 "Sidewinders". Since that time, the Sidewinders have dominated the skies while flying the F4-U Corsair, F8F-2 Bearcat, F9F-5 Panther, F7U-3M Cutlass, also known as the "Ensign Eater", A4D-1 Skyhawk, A-7A/C/E Corsair, F/A-18C Hornet, and now the F/A-18E Super Hornet.